I discovered Slovenia purely by luck. I’d met a traveler at a bar in Vienna, and he tried to persuade me to delay my plans to head to Italy, and to travel south instead. When I resisted he pulled out his phone and scrolled to a picture of a magical place called Lake Bled.

At the time, I’d had little idea where Slovenia even was. But the photograph, and his insistence, did the trick. Just 48 hours later I was sitting in a rickety train chugging alongside turquoise river rapids on my way to the Slovenian capital, Ljubljana – a detour that was to be one of the highlights of my trip.

Slovenia is a small country. At just a few thousand square miles, it’s easy to travel from one corner to the other in a few hours. Though many visitors opt to explore the country by car or bus, there’s an extensive rail network that makes it ideal to explore by train. 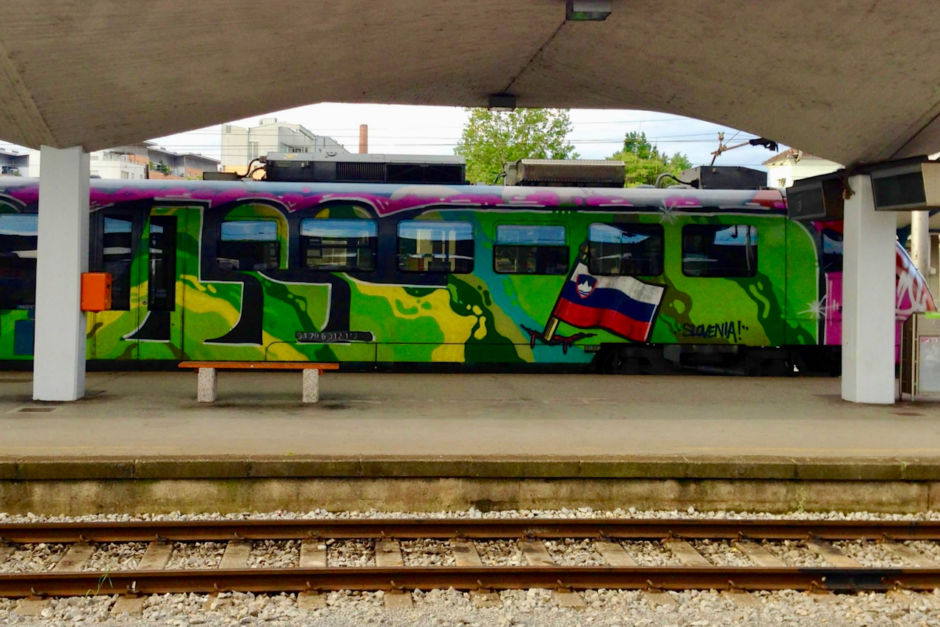 As the capital of Slovenia, Ljubljana serves as the perfect hub for any rail-based journey around the country. There are direct train connections to the city from several neighboring capitals, including Vienna, Budapest, and Zagreb. Chances are, as you step off the train you’ll wander into nearby Metelkova City. Your first encounter may be a little daunting. But this autonomous social center built across several disused military barracks is a hive of creativity and famous for its street art, exhibitions, and raucous informal gatherings.Walk a little further, and you’ll find the car-free center of the city, where the gentle chatter of patrons at open-air cafes and restaurants is rivaled only by the chiming of bicycle bells and the gurgle of the Ljubljanica river. 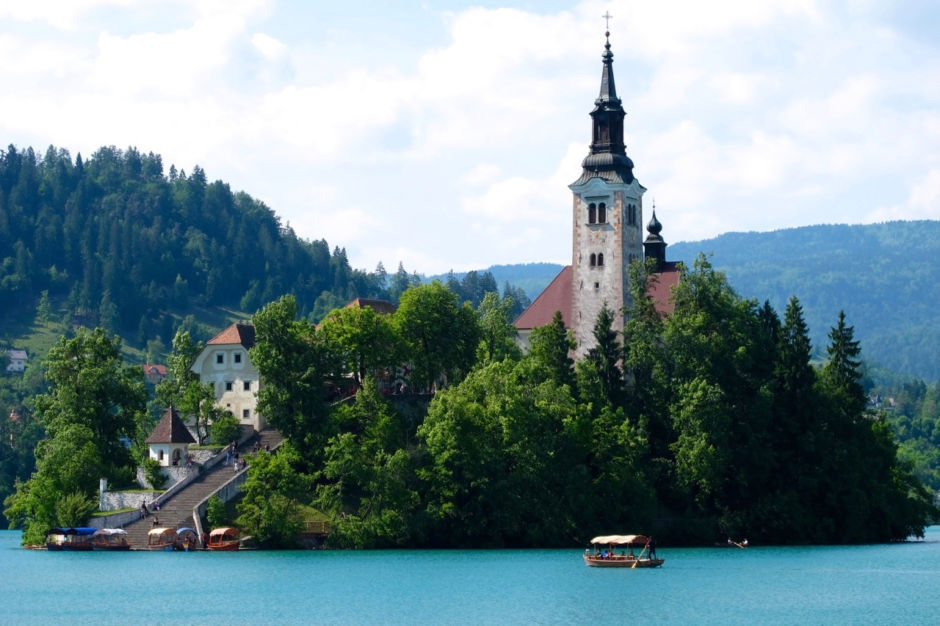 If Instagrammers could script a scene for perfect travel shots, they’d probably come up with something close to Lake Bled. There's a tiny island with a classic church and bell tower, in the middle of a pristine lake. Even better, you can reach this idyllic little island using one of several non-motorized means. The fittest opt for a classic rowboat, which you can wrestle across the waters using your own powers, hitch to the moorings on the island, and go exploring, before doing it all in reverse. Although in recent years many tourists have caught on to the beauty and charm of this destination, it’s easy to reach it by train and is still well worth a visit. 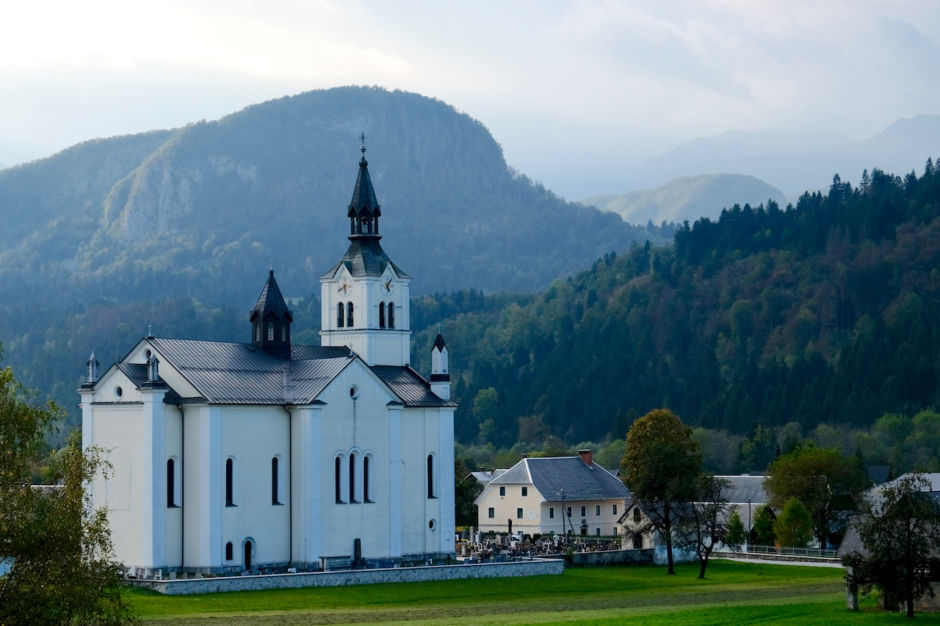 Lake Bohinj has earned the title of the next most famous lake in Slovenia. It’s an unspoiled attraction set in a basin at the foot of the Julian Alps. Mountains rise up all around the lake, and canoeists, paragliders, and casual hikers frequent the valley in the summer months.Though the lake is, without doubt, the main reason you should venture here, the train terminates a few miles away in Bohinjska Bistrica. It’s more populated and less beautiful, but with an abundance of accommodation, and with views like these from your hotel room, it’s pretty hard to complain. 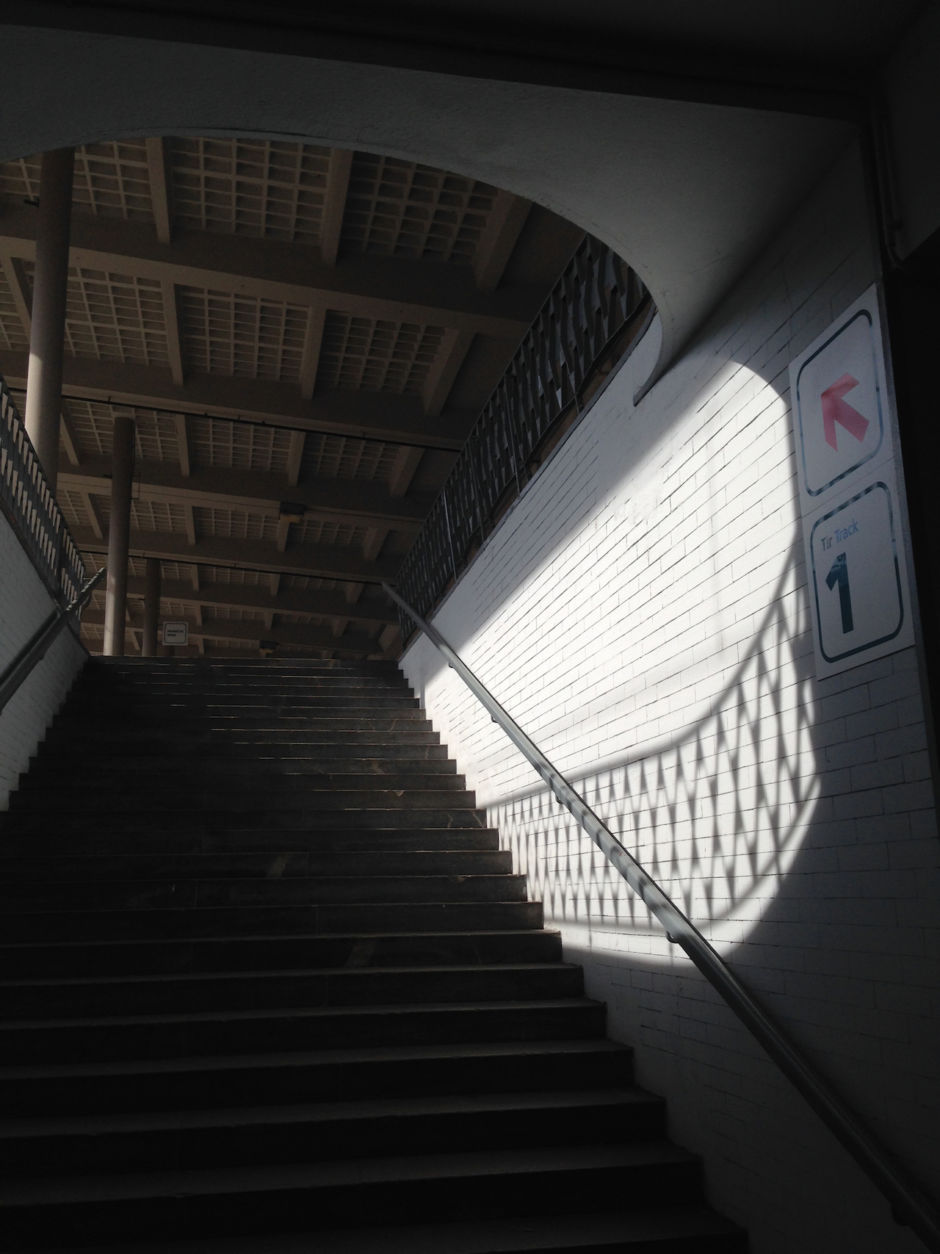 My train back to Ljubljana connected in a small town called Jesenice. Though the transit time was only a few minutes, this light filtering down to the subway beneath the tracks made me pause for just a few moments and consider hanging around, before racing to the top to catch my train. 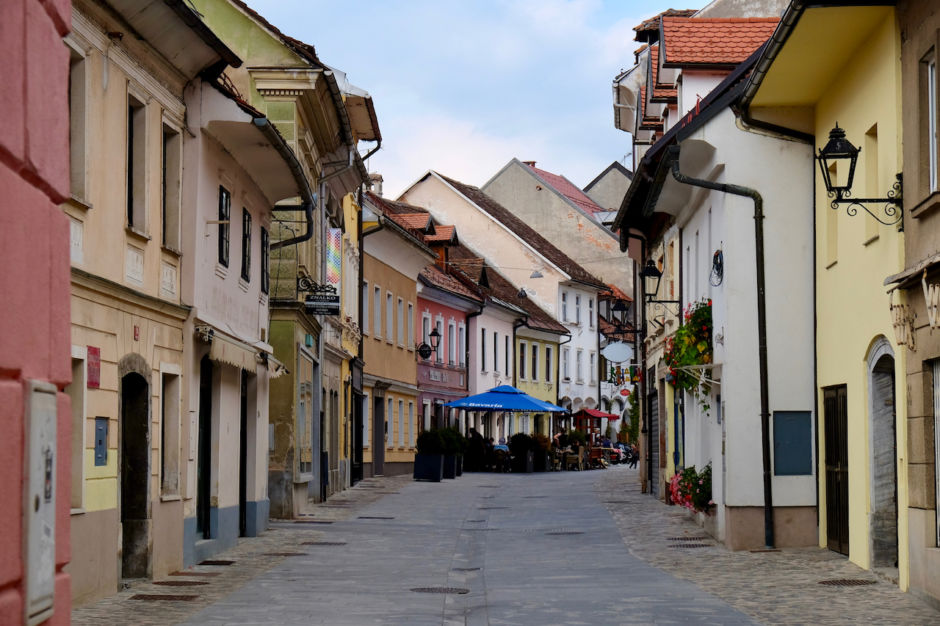 The town of Kranj is the fourth largest in Slovenia and is an easy train ride away from the capital. On a cloudy Ljubljana day, I decided to pay it a visit. With a population of just 37,000 it’s hardly booming, but walking the quiet streets and enjoying a cheap lunch at a biker bar on the outskirts of the town offered new insights into this beautiful diminutive country. 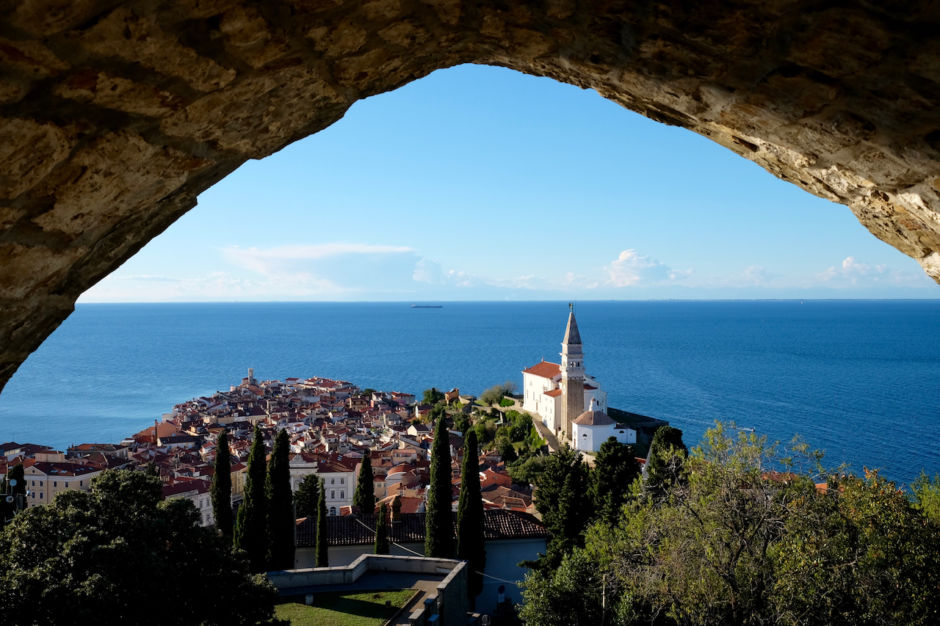 Slovenia has less than 30 miles of coastline, and I was determined to explore at least part of it. The train ride to the coast was dramatic — the aging vehicle chugged up mountains and continued in the mist along steep valley sides, through tunnels and above the tree line. Eventually, the train reached the outskirts of a small town that seemed only to have a train station and a bus terminal. I hopped off, found a bus, and a few minutes later I arrived in the beautiful medieval town of Piran. Perched majestically on the crystal-clear Adriatic with views across to Italy, it served as the perfect finale to my brief but spectacular Slovenia rail adventure.

18 Photos That’ll Have You Scrambling To Book a Trip To Slovenia
Tagged
Slovenia
What did you think of this story?
Meh
Good
Awesome

Ana Ros, the World’s Best Female Chef of 2017, Is Putting Slovenian Cuisine on the Map