THE WILD ATLANTIC WAY stretches 2500km along the west coast of Ireland, which makes it the world’s longest defined coastal route. It passes through hamlets, villages, cities, and towns all brimming with Irish culture, history, and deep Irish roots. There are historic, prehistoric, Megalithic and Neolithic landmarks in every direction; just when you’re done with one, there’s another a stone’s throw away.

Lush parks, soaring cliffs, lakes, storms, islands, music, food, beaches, inlets, mountains, farms, sunsets, fantastic locals and more all await those who visit the WAW, whether just a portion or the entire thing. As a photographer I was really excited to get to see some rural, and wild, parts of the emerald isle. I only saw but a fraction of the Wild Atlantic Way but I loved every second of it. Here are some of my favorite images from my journey. 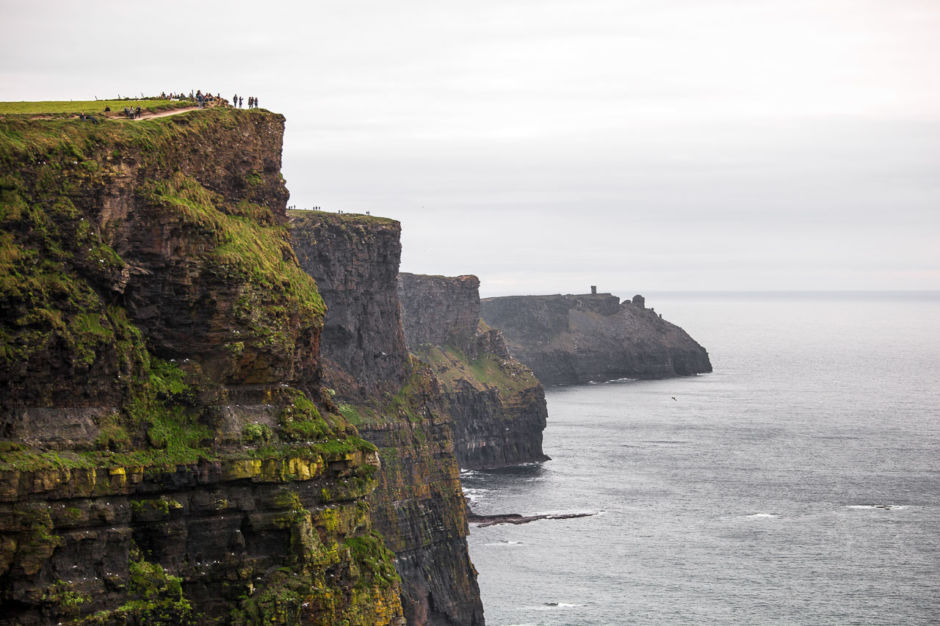 My true journey along the Wild Atlantic Way really began at the famous Cliffs of Moher (Aillte an Mhothair). The cliffs main viewing area is just about 7km away from Doolin, where they rise suddenly and dramatically out of the ocean, some up to 200 feet. 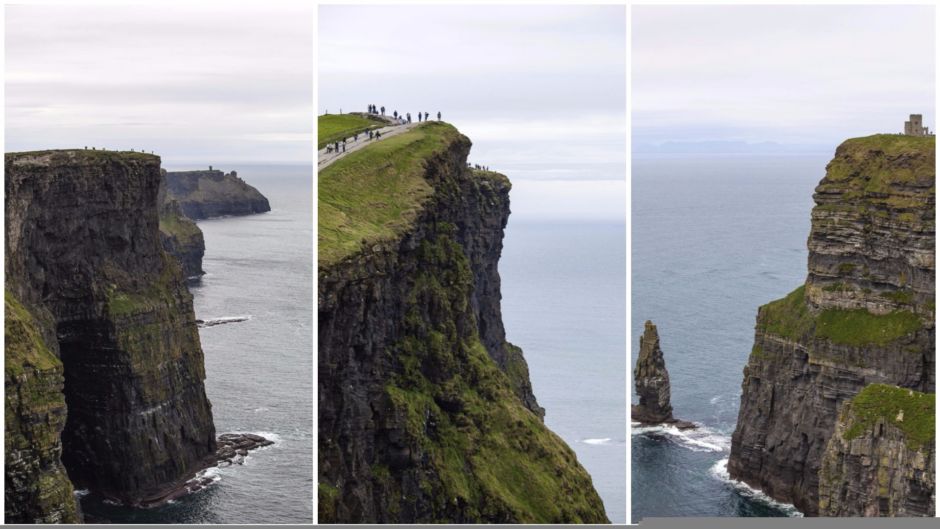 The Cliffs of Moher stretch for 8km and are one of the most visited sites in Ireland. The drop down the middle cliff is 120 feet. On the right, O’Brien's Tower looms on an even taller cliff. It was built in 1835 as an observation tower for Victorian tourists, though it is also said that the builder created it in order to impress women he was courting. 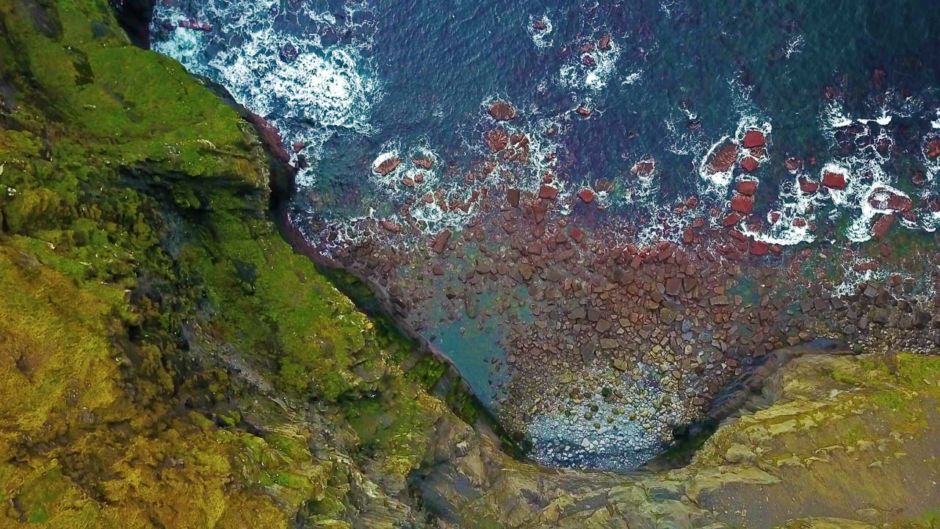 I learned the hard way that the "wild" in the Wild Atlantic Way is no joke. I sent one of my drones out for a spin over the cliffs, and this was the last shot I took with it before the wild west coast claimed it forever. 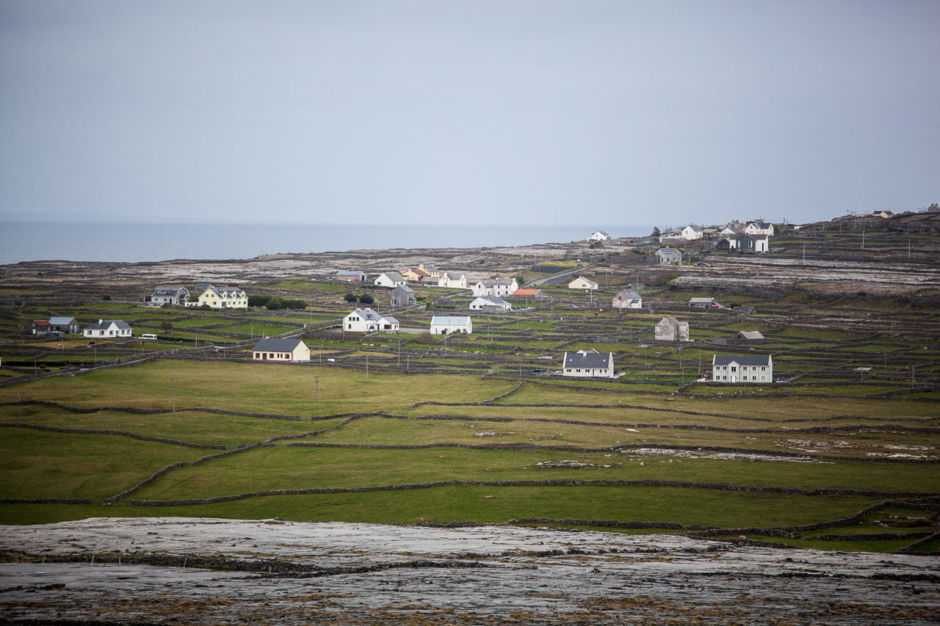 My first stop was the Irish coastal town of Doolin, approximately 3 hours away from the Dublin airport, on the edge of the historic Burren, Boireann in Gaelic. The Burren is a limestone landscape full of long cracks, eerie and otherworldly. The locals who live in the Burren, or on the edge of it like at Doolin, have crafted their fences out of the shale and rock, and have done so for hundreds of years. Doolin is also considered the home of Irish music. 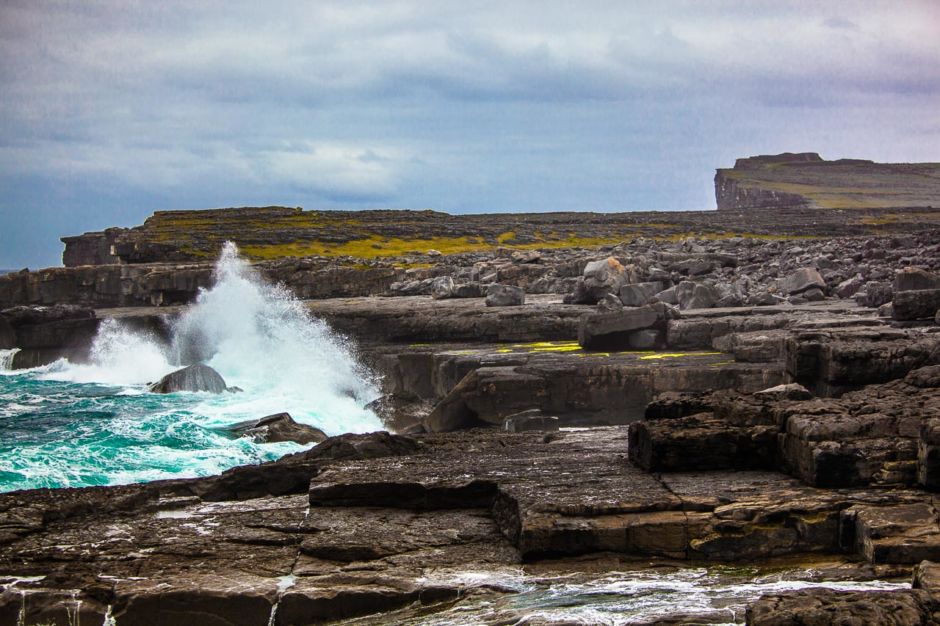 I ended my hike by walking over 300 to 350 million-year-old bedrock compressed into horizontal strata with fossil corals and sea urchins. The boulders you see were cast up by giant waves which occur on average once per century. Definitely a tough and slippery hike, but worth the journey. On my way to here, I passed the house of Liam O’Flaherty, Irish novelist and founding member of the Communist Party of Ireland who wrote: ”I was born on a storm-swept rock and hate the soft growth of sunbaked lands where there is no frost in men's bones." The west coast of Ireland is fierce, with high winds, upheaved terrain and carved out of stone - but I got a glimpse of why those who live here could never call anywhere else home. 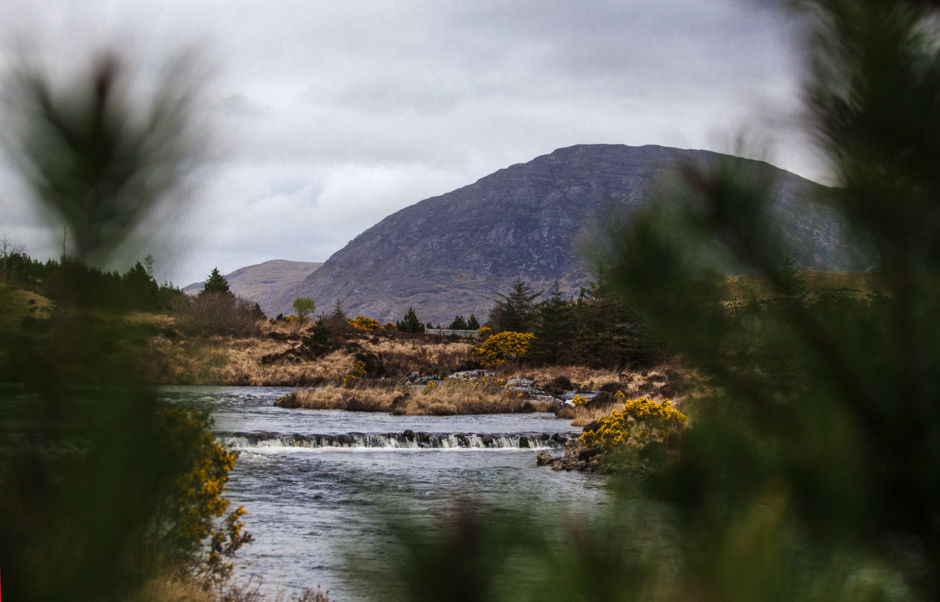 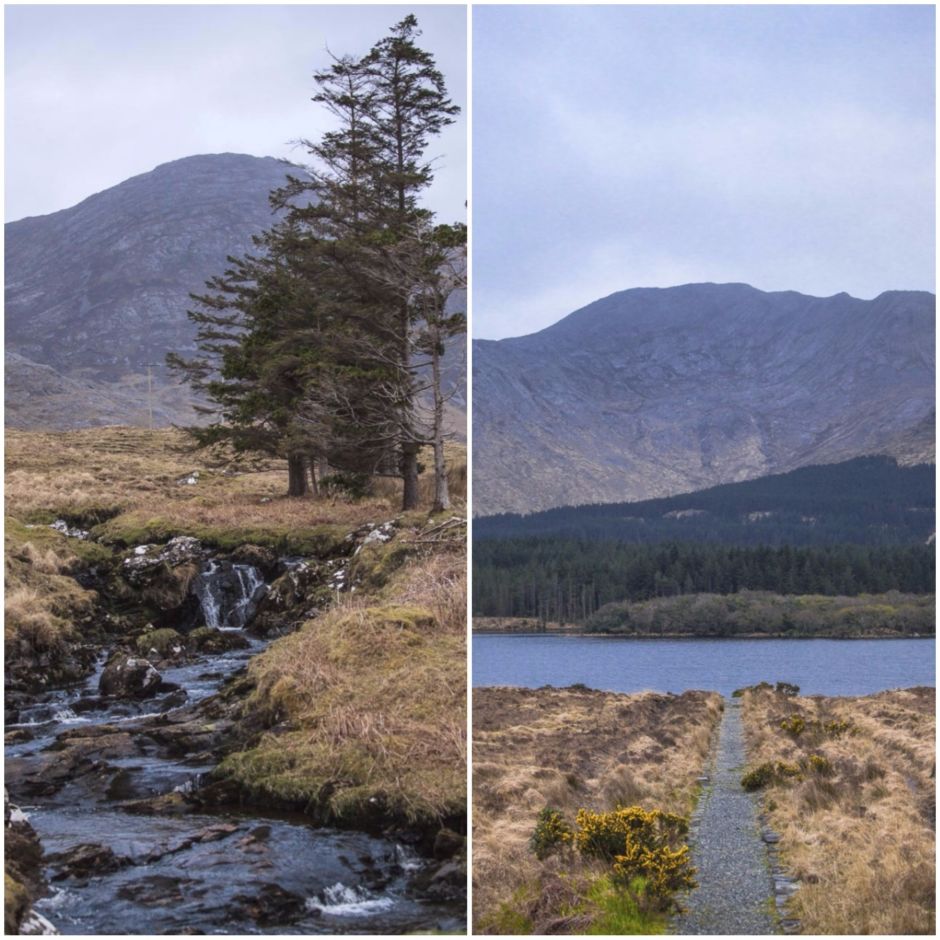 Lough (Lake) Inagh with the famous Twelve Bens in the background. It's located in the rugged and windy Connemara National Park which lies just past Galway. 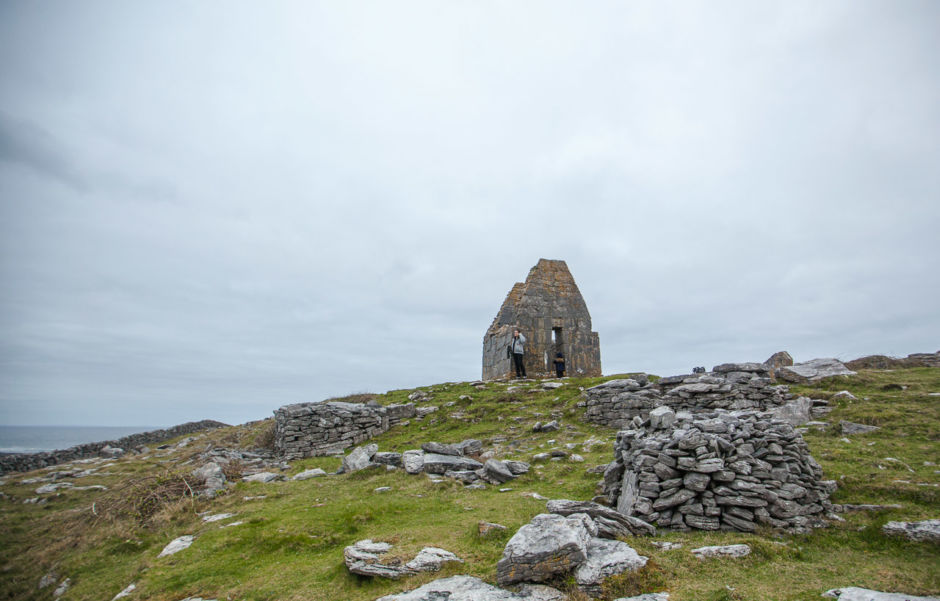 There are hundreds of islands off the Wild Atlantic Way. Most are uninhabited and nearly impossible to reach, but dozens of islands have towns, with villagers who live there year-round and have isolated and unique cultures. The Aran Islands are a group of islands just off the Connemara, and I visited the biggest island called Inishmore, nearly 30 square kilometers, and home to 840 people. Cyril, a local guide, took me to Teampall Bheanain (St Benan's Church). Some say it was the 2nd smallest church in Europe. According to Cyril, monks from all over Europe would pilgrimage to here in order to cleanse spiritually. They would imprison themselves in this tiny place for up to 6 months at the time. 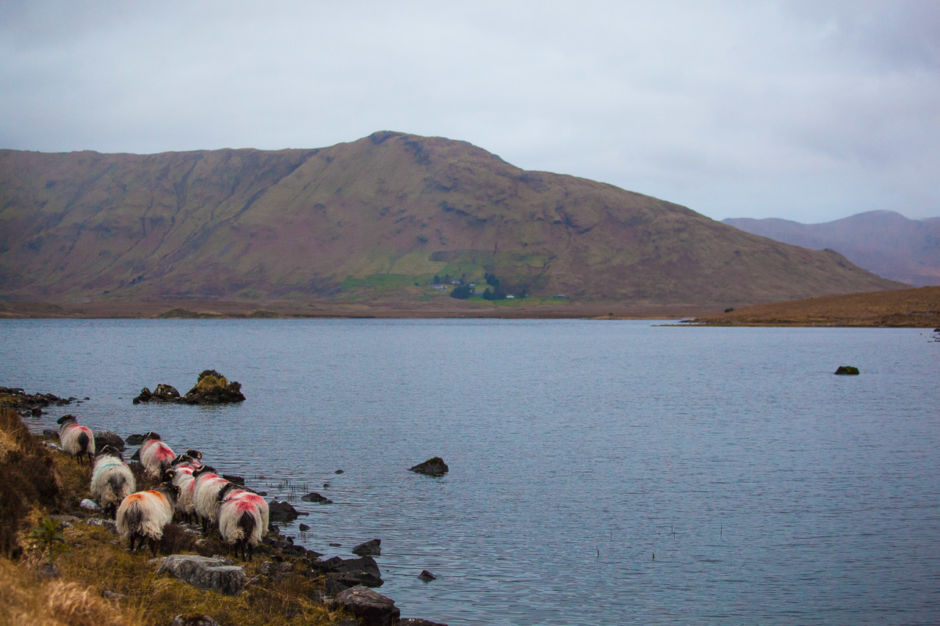 Sheep are everywhere in Ireland. They're along every highway, along the whole Wild Atlantic Way - sheep upon sheep. I found this herd having lunch on Lough Inagh. 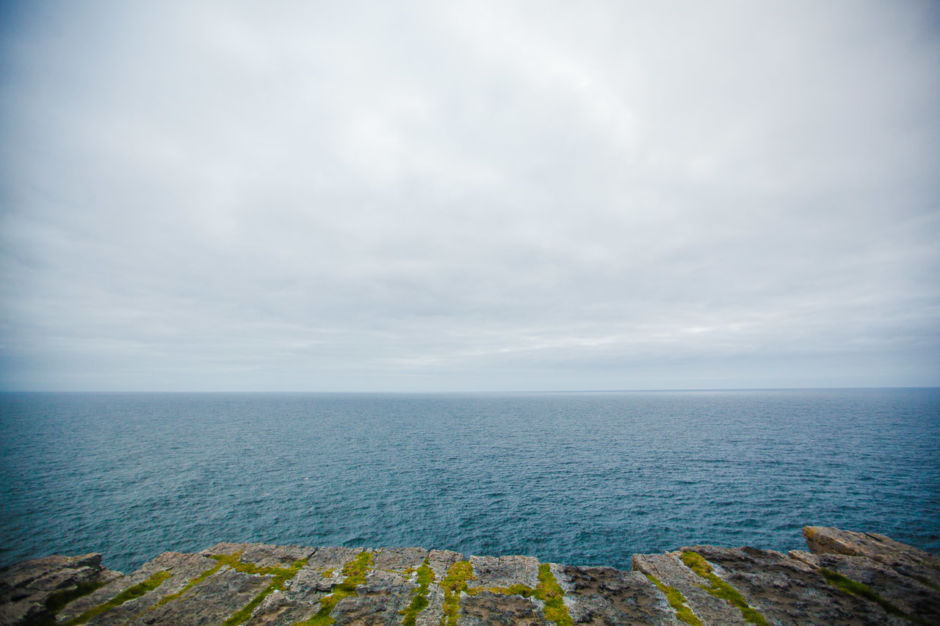 Cliffs off Dun Aengus, on Inishmore, an important historical site dating back to 1100 BC. 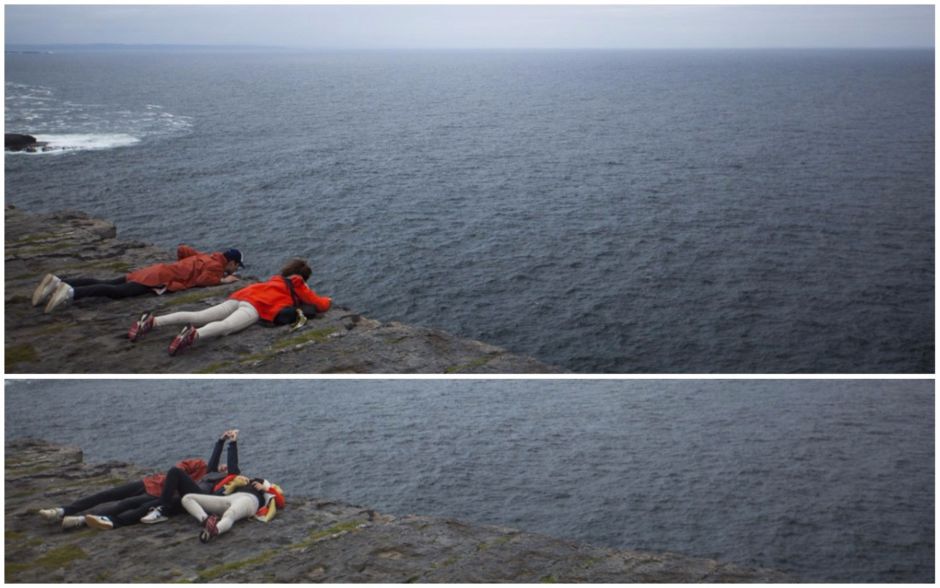 Six tourists have fallen off the Dun Aengus cliffs last year alone trying to get that perfect snap. The approach that the people in the photo are taking is probably the safest one. 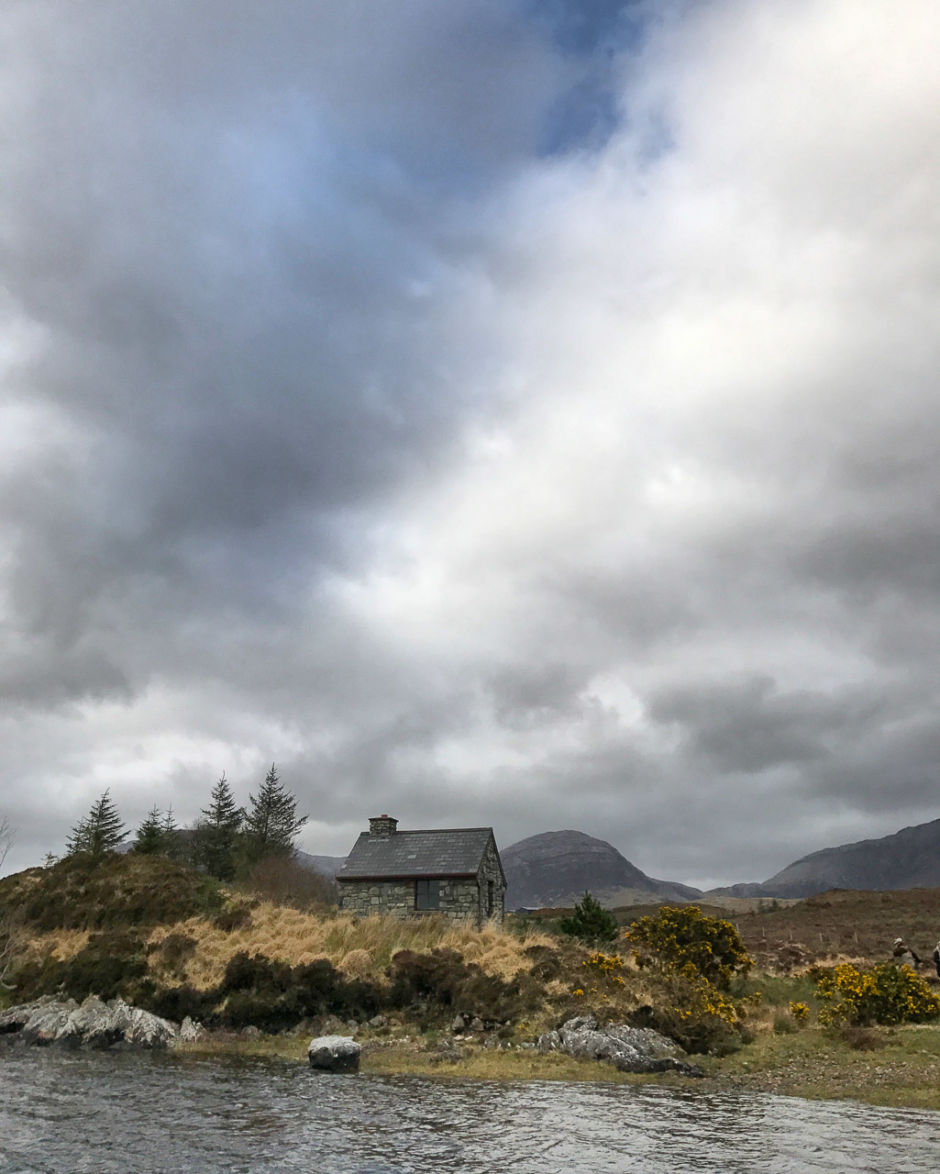 The O Cadhla clan once ruled this area, though later it was taken over by O Flaithbertaighs. At any rate, Connemara remains the region of Ireland with the most Gaelic speakers -- some 20,000 out of a population of 32,000.

[Note: Dino was a guest of Tourism Ireland with support from Aer Lingus.]

Tagged
Ireland
What did you think of this story?
Meh
Good
Awesome