Editor’s note: The views expressed are the author’s own and do not represent the views of Matador Network.

I went to Tanzania because I wanted to meet Maasai people. Their customs, dress, and lifestyle had long captivated my imagination. Along with a group of other journalists, I traveled from the city of Arusha, deep in the shadow of Mount Kilimanjaro. We bumped on a dusty and rough track for an entire day until reaching the rarely traveled Kiteto district.

Our visit was to coincide with a celebration of circumcision. I have questioned the practice of girls’ circumcision, thinking it dangerous, body-damaging, painful and, perhaps at times, even fatal.

But after this journey, face to face with circumcised women–all of whom seemed to be happy–I have rethought the notion of forcing one’s cultural values on another. 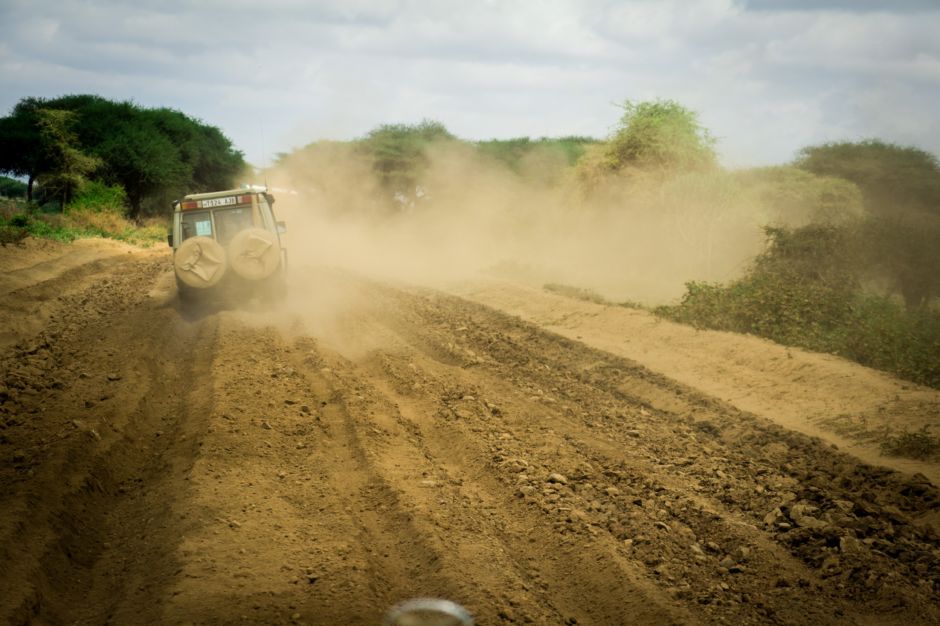 As we came closer to our final destination, I heard a terrified scream. Local children were crying and running away in fear from our car. “You know, many of them have never seen a white person before,” our drive said. “Those children believe that white people used to be black before, but the devil stole their souls and they became white. That’s why the children hid in their homes.” 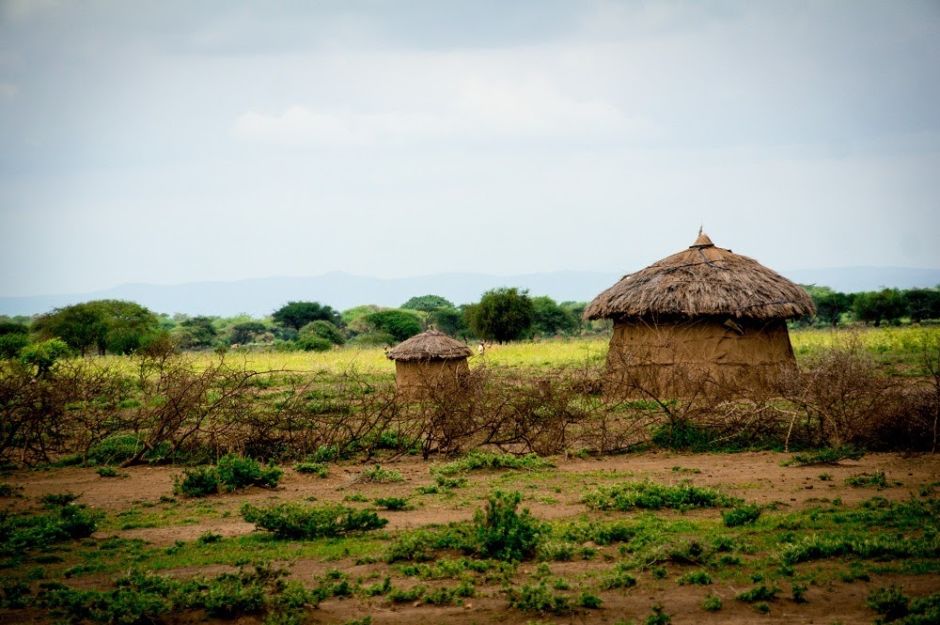 The traditional house of a Maasai family is round or oval and built completely by women. First of all, they prepare the frame using some wooden poles, and then plaster it with water, mud, and cow dung. 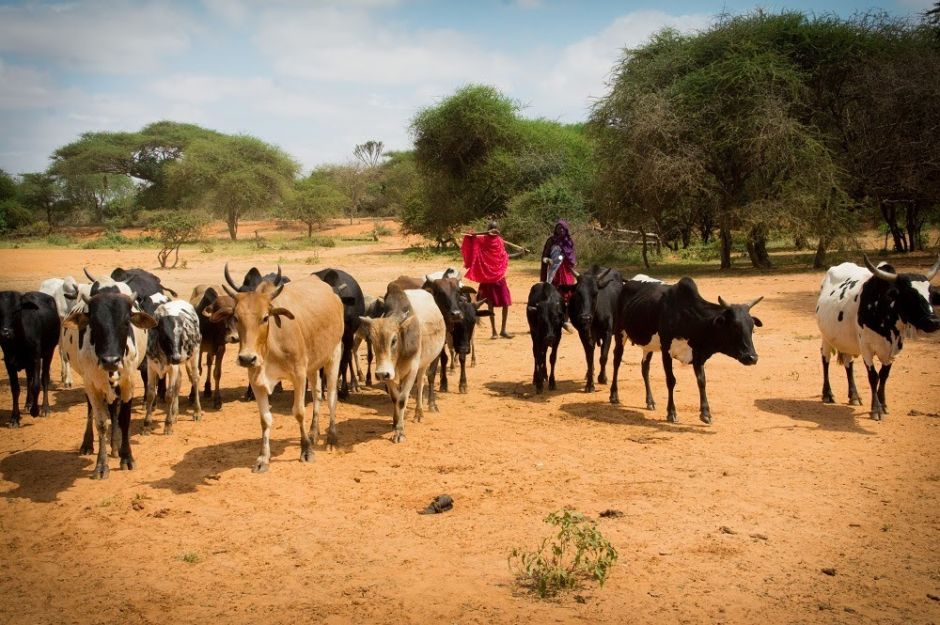 Later we had a break by the nearby lake. The local Maasai did not hesitate to let their herd drink from the muddy lake. Two young Maasai men were herding about 30 cows. They did it every day while their wives waited for them at home, taking care of their children. Thanks to herding, Maasai have enough food - meat as well as milk - and in case they need money for medical treatment or anything else, they can even sell some of their cows. 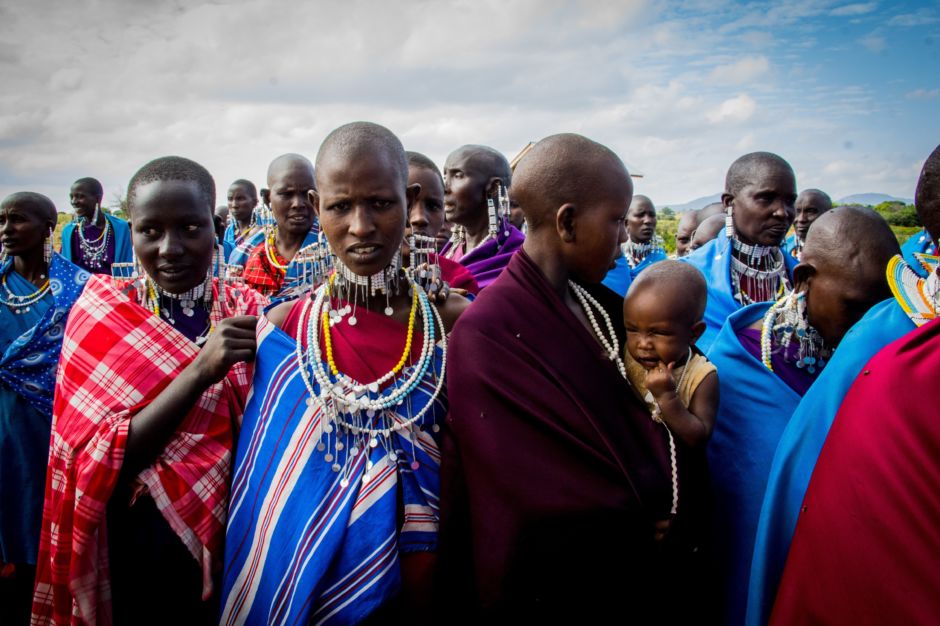 The next day, we encountered the biggest celebration in Maasai culture, even greater than a wedding: Maasai boys and girls around the age of 12 were to be circumcised. The Maasai women all seemed to be happy to be circumcised. Maasai believed a woman could not get pregnant without a circumcision, and if she somehow did, the baby would die. "Are you circumcised?" one of the women said to me. I answered I was not, and suddenly her smile was gone. She touched my arm gently and started to pray for me. 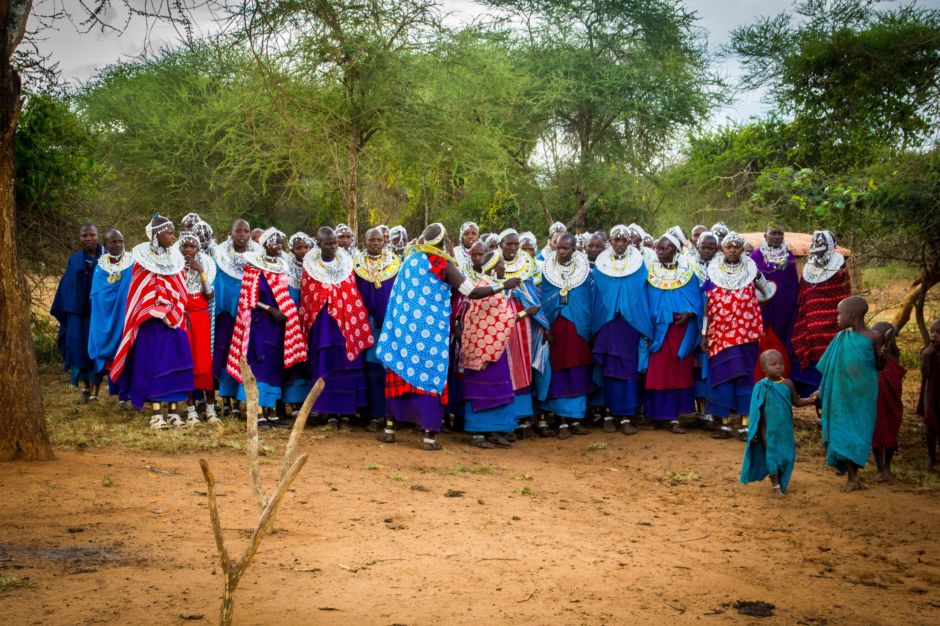 When we came to the celebration, the women grouped at the end of the village. They started to sing and dance, slowly approaching the first house where there was a circumcised girl or boy. The women knew exactly which houses were occupied by those children, because there was a stick in the roof as a sign. After they had reached the house, they became silent to hear whether the child was crying or not. Silence meant that the child was brave enough to become an adult. In honor of their bravery, women surrounded the round house, caught the end of the thatched roof, and jumped as high as they could while yelling trimuphantly. I did not remember any of the children crying. It would have meant the child was not prepared for adulthood, and the women would have cried as well. 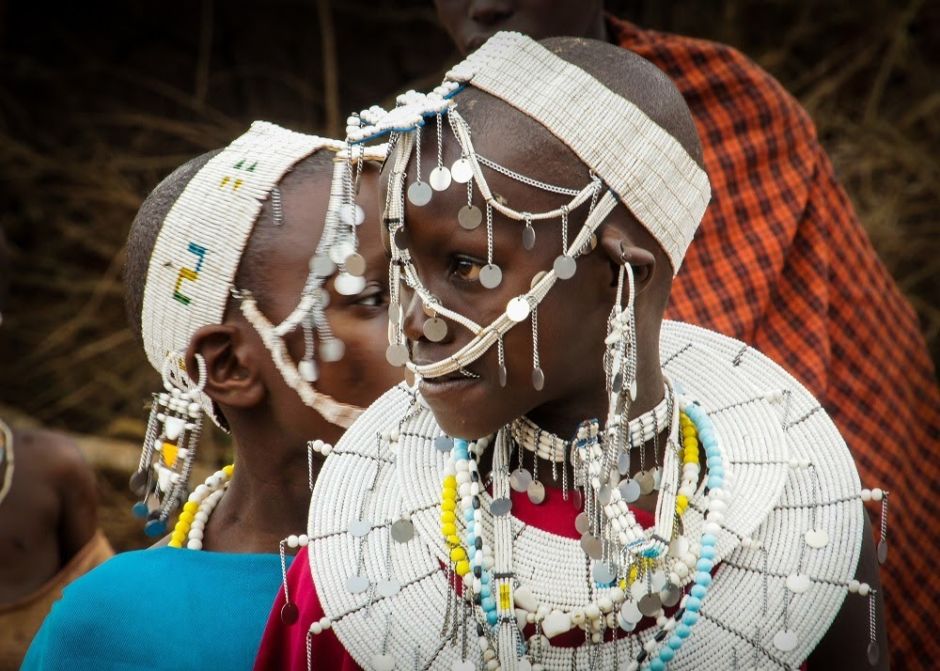 All the women were dressed up in colorful clothing decorated with beads, but also jewelry on their arms, legs, and heads. 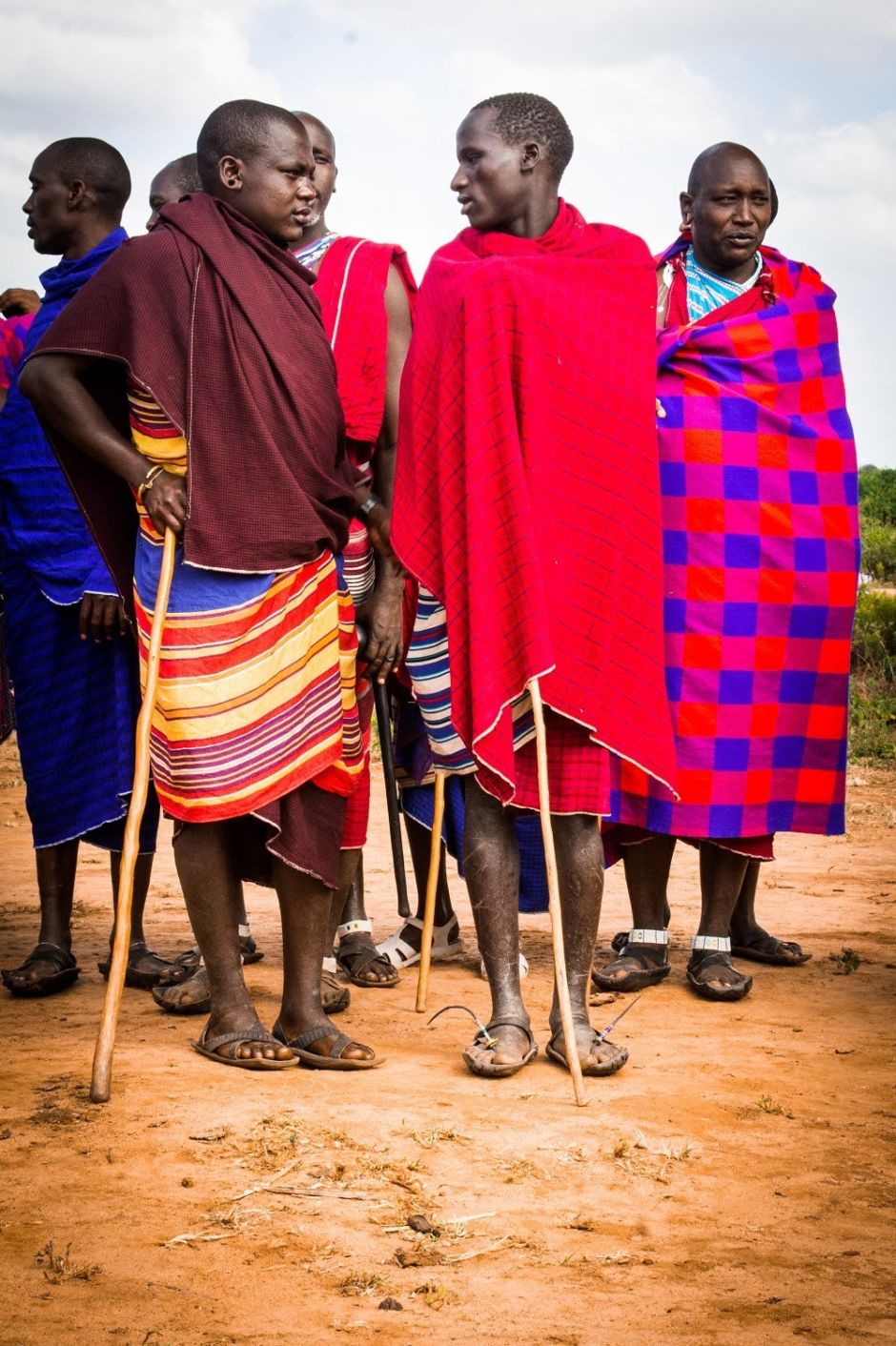 The men formed a circle. Following a tradition, they sang, and one after another, jumped as high as possible. I wondered how many of them were fathers of circumcised girls. They would soon need to find a husband for their daughters. Marriage was about the deal between a girl's and boy's fathers. “We do not choose our wives by ourselves. My father brought a young woman to our house, and he said: ‘This is going to be your wife,’” the Maasai herdsman Mozes said. “And what did you say?” I asked him. “I said: ‘Thank you, father.’” 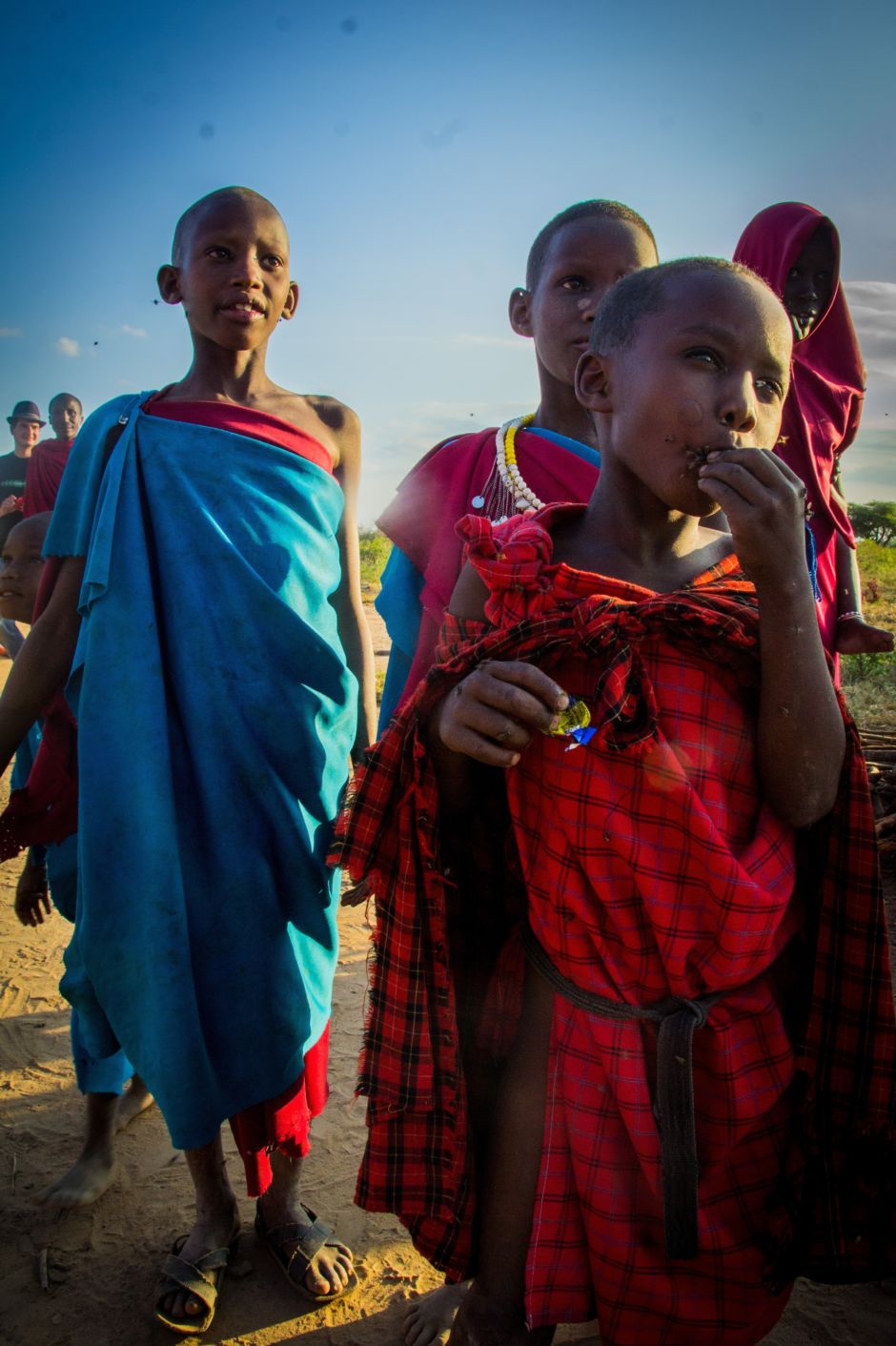 Children who were too young to get circumcised were playing as any other children all over the world. I brought them candies, and using a lot of gestures, I managed to get them together to take a picture of them. Then I showed them the shot on my camera. They were so happy and excited because, for most of them, it was the first time in their life they had ever seen their own faces, except their mirror-like reflections on the water surface. 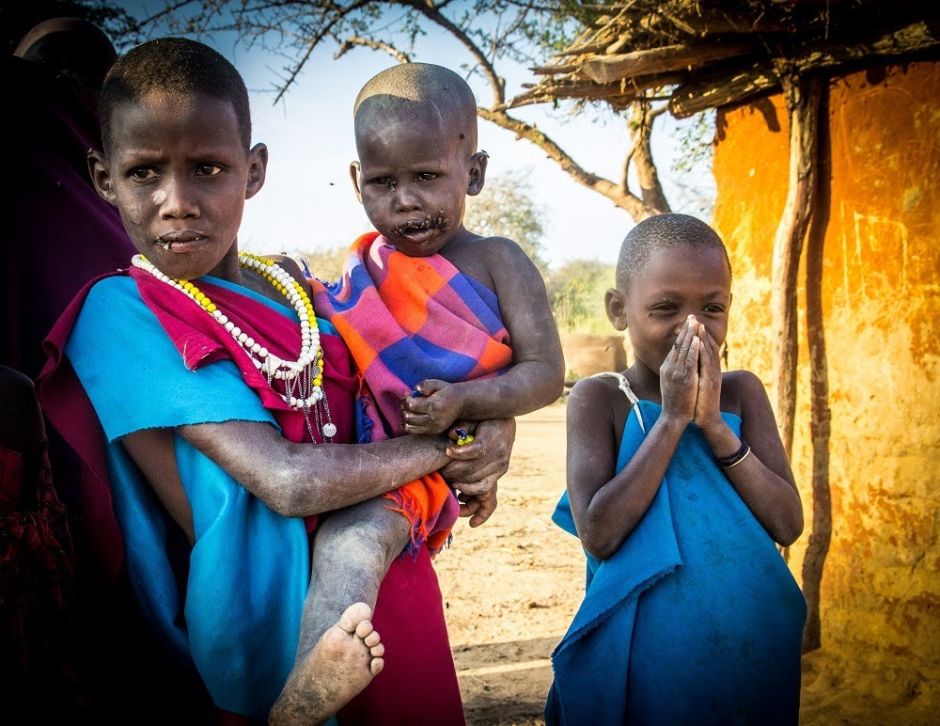 At the end of the day, when we were about to leave, many of the children came to our car to say goodbye. We left in the evening, but the celebration was hardly finished. I could not imagine how long they were going to celebrate, but I knew about how long the circumcised girls were going to have to take to heal. “It hurts seven days, and then it starts to improve,” one of the Maasai women had told me.

Kenya’s Maasai Beyond Cliches
Tagged
Narrative Tanzania
What did you think of this story?
Meh
Good
Awesome