Angels Landing is one of the most iconic landmarks in Zion National Park. It’s in the middle of the park along the famous Zion Canyon Scenic Drive and offers amazing views of the park. But as this Angels Landing video shows, it’s not for the faint of heart (or for anyone with a fear of heights).

The tall rock face known as Angels Landing is accessible only by hiking, and the trail is a great example of the vertical sandstone walls and narrow ridges that make up much of the park. As you can see in that quick Angels Landing video, hikers who make it to the top are rewarded with stunning views and a sense of accomplishment as it’s quite a steep, narrow path.

History of the park and formations 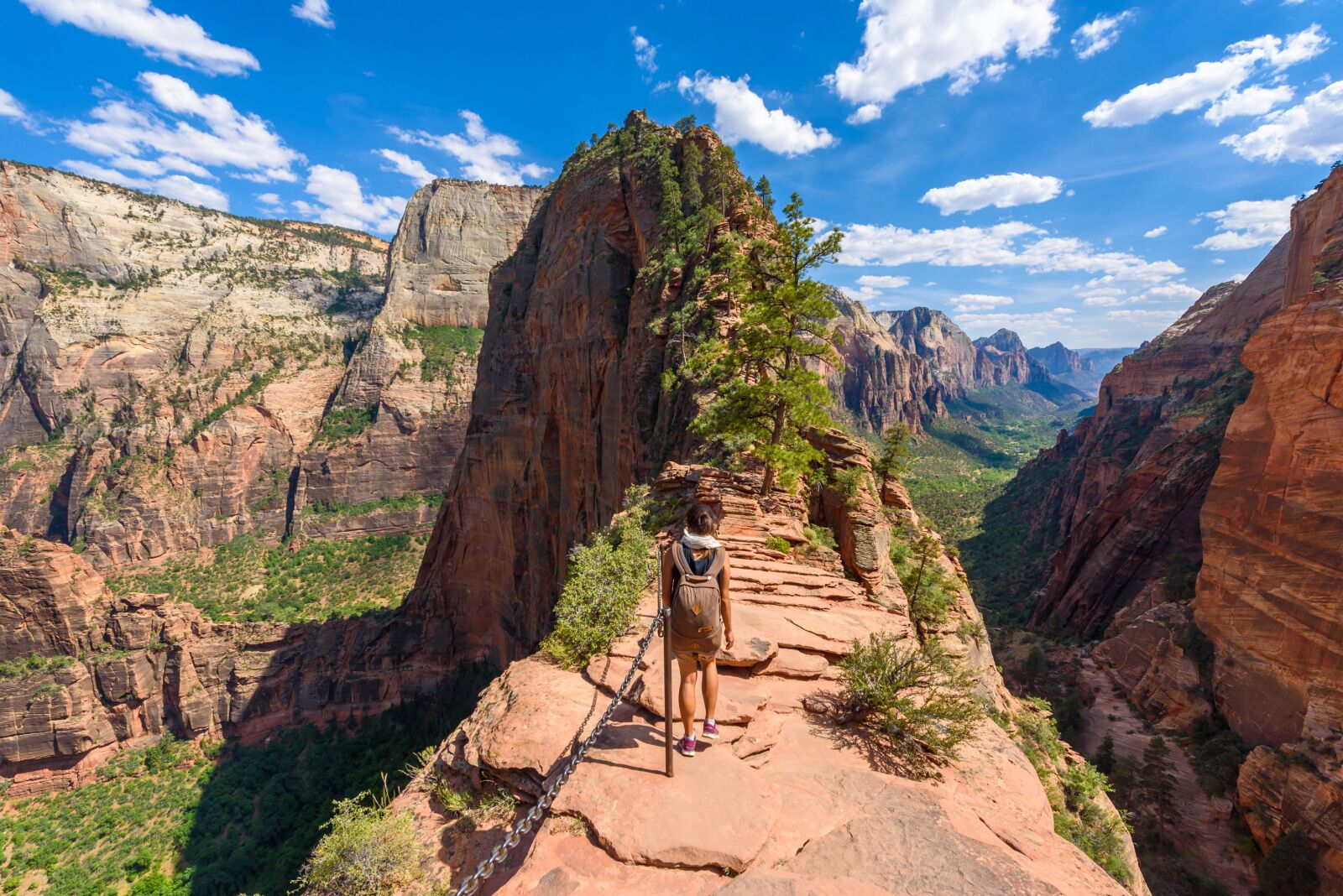 Angels Landing is named after an early settler in the region, Fredrick Fisher. Some say that Fisher saw a brilliant light radiating from the top of the rock formation one night and referred to it as an “angel landing”. Other say that he saw the formation and declared that it was so tall, “only an angel could land on it.” Either way, the name stuck, and the area has been a popular tourist destination ever since.

The trail to the top is probably the most popular in the park, but still considered to be one of the most challenging hikes in the region, and is not recommended for inexperienced hikers. Despite the difficulty, the trail is well worth the effort, as the views from the top are truly breathtaking.

Angels Landing is composed of Navajo Sandstone, which was laid down in ancient sand dunes millions of years ago. Over time, minerals carried through the dunes eroded some and turned others into rock, including most of Zion’s formations. Tectonic plates then lifted those rocks up, and the Virgin River (which runs through the parks famous “The Narrows” hike) routed itself through the valley, where it still is today.  The Zion Canyon of the park is full of interesting geological features, like “The Court of the Patriarchs” and “The Pulpit.” 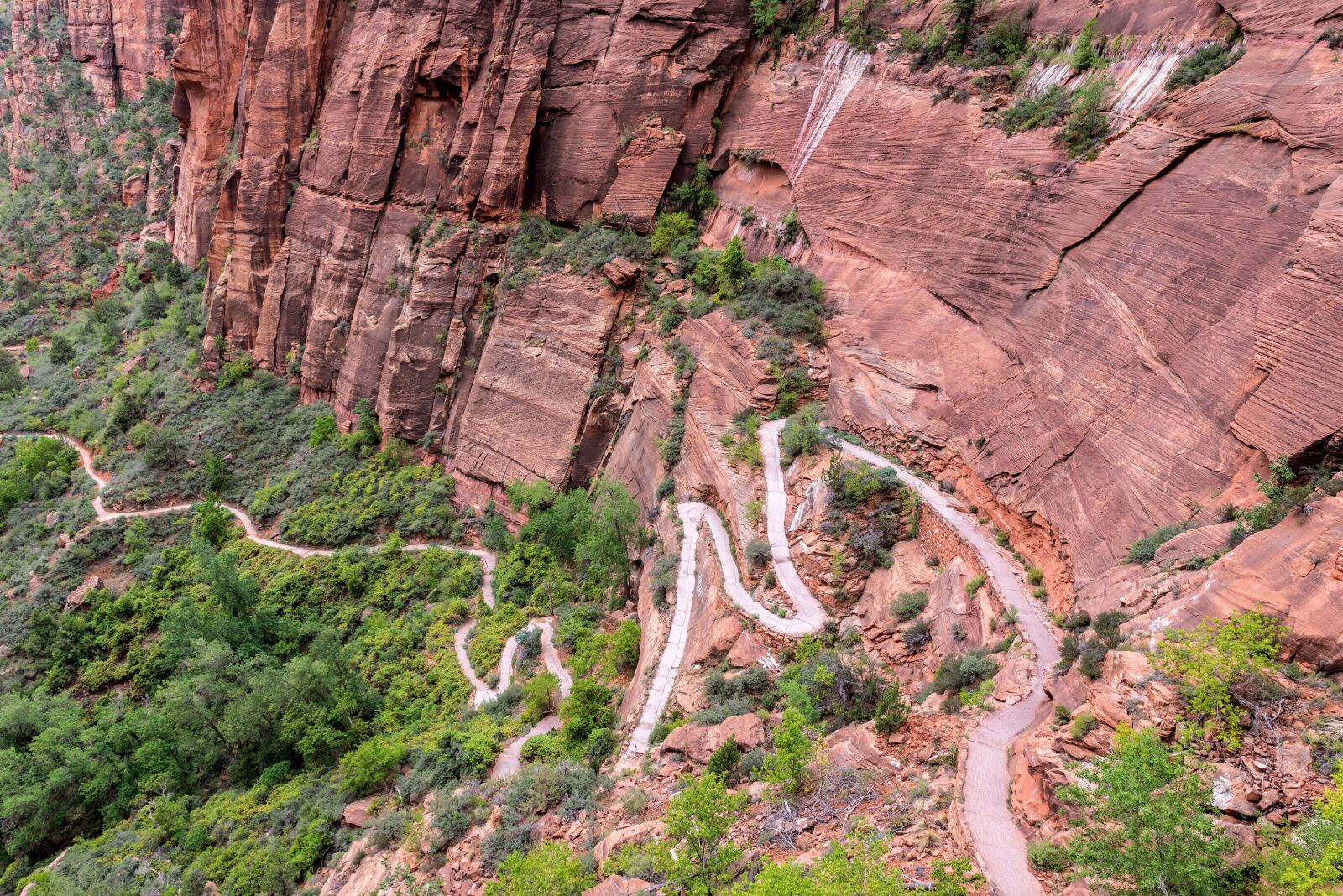 Hiking Angels Landing is a challenging but rewarding experience. It’s 5.4 miles round-trip and gains about 1,500 feet of elevation, which may sound fairly intermediate, but don’t forget that much of that elevation is along steep single-track with huge cliffs on one side.

The trail starts at the Grotto Trailhead and follows a series of switchbacks up to the base of the formation. From there, hikers must navigate a steep path known as “Walter’s Wiggles”, which leads to a narrow ridge leading up to the summit. The final stretch requires careful balance, as the trail is bordered by steep drop-offs on either side. There’s a chain installed as a handrail, as you can see in the Angels Landing video above, but there’s no guardrail, and you’ll have to release the chain when passing people. Depending on your speed, it’ll take you anywhere between three and five hours to complete.

How to get to there 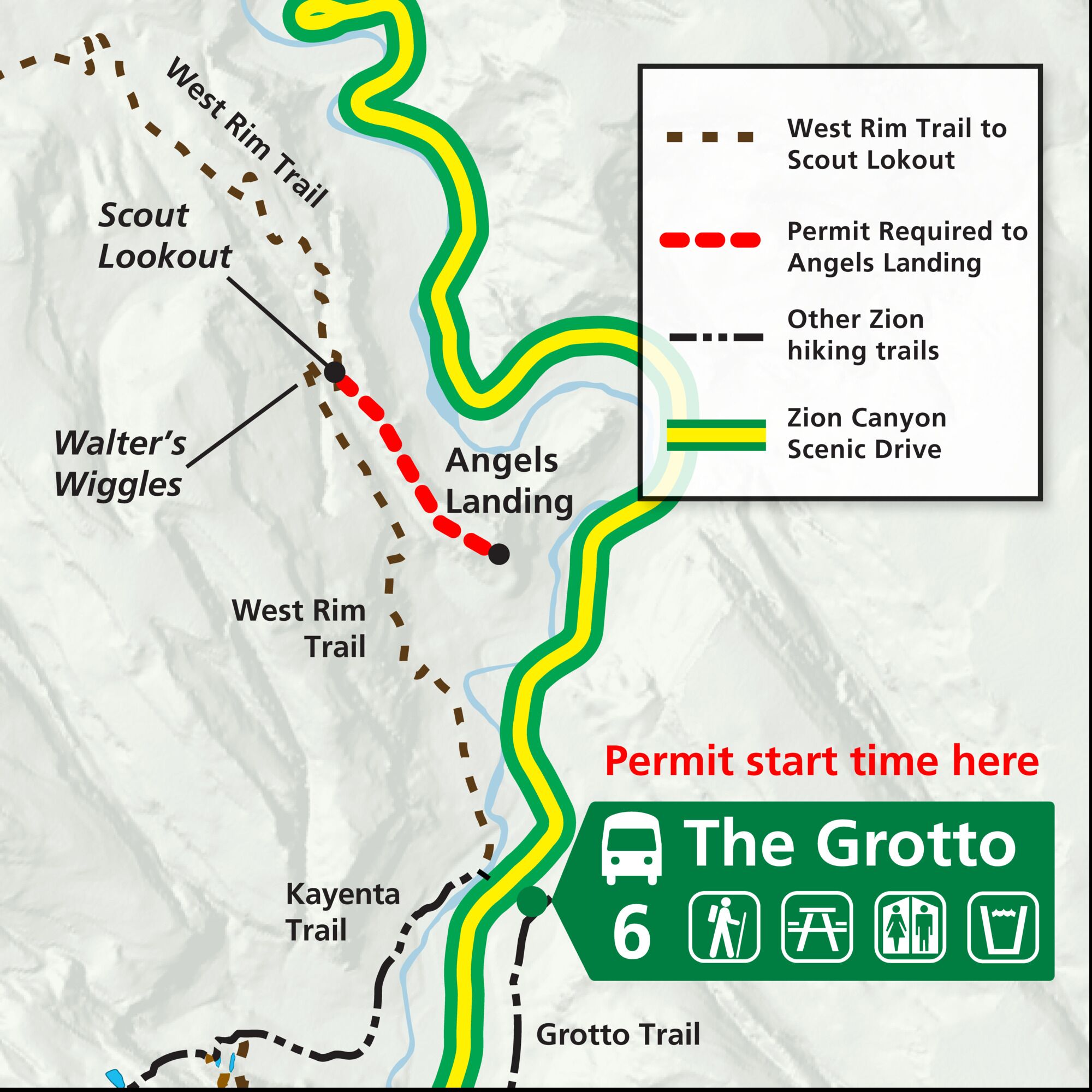 Zion National Park is near Springdale, Utah. The closest airports are St. George, Utah (about an hour away) or Las Vegas, Nevada (about 2.5 hours away). The park has several entrances but you’ll want to enter via the South Entrance to reach the trailhead. If you visit between March and November, you will not be able to drive into the park. You’ll have to take the free Zion Shuttle to the trailhead. If the parking lot near the Visitor Center is full, which is often is, you’ll need to take the town shuttle. Matador has a full guide to the Zion Shuttle system here.

Though it’s not shown in the Angels Landing video above, you’ll need a permit to hike the trail. You should get it online at Recreation.gov, and they do run out, especially on busy days. You can also get a last-minute permit via the same-day lottery, but it’s safest to just do it in advance as part of the seasonal lottery. If you’re unable to get a permit, you can still hike to the lower Scout Lookout.

Epic StaysThe 10 Most Stunning Zion Airbnb Rentals Near the Park’s Top Attractions
Tagged
Hiking National Parks
What did you think of this story?
Meh
Good
Awesome