The Three Fingers Lookout in Washington state is the perfect blend of camping, hiking, and unique lodging. Oh, and it’s perfect for outdoorsy people who are constantly looking for the best mountain views. The tower is open to the public for overnight stays, so you can sleep at the very top of the lookout tower.

@epic.stays Did you know that you can spend the night in a historic firehouse lookout? This is the📍Three Fingers Lookout on one of the summits of Three Fingers Mountain in Mount Baker National Forest #Washington 🎥 @Kenny Hagen #pnw #pacificnorthwest #washingtontok #cabinlife #cabinstay #uniquestay ♬ original sound – epic.stays

The Three Fingers Lookout is a former fire lookout tower in the North Cascades region of Washington state. It’s on the summit of Three Fingers Mountain, a peak in the Mountain Loop Highway area. The lookout tower was built in the 1930s by the United States Forest Service and is used to spot fires in the surrounding area. The tower is open to the public and offers panoramic views of the surrounding mountains and valleys. It’s a popular destination for hikers from late spring to mid-fall. 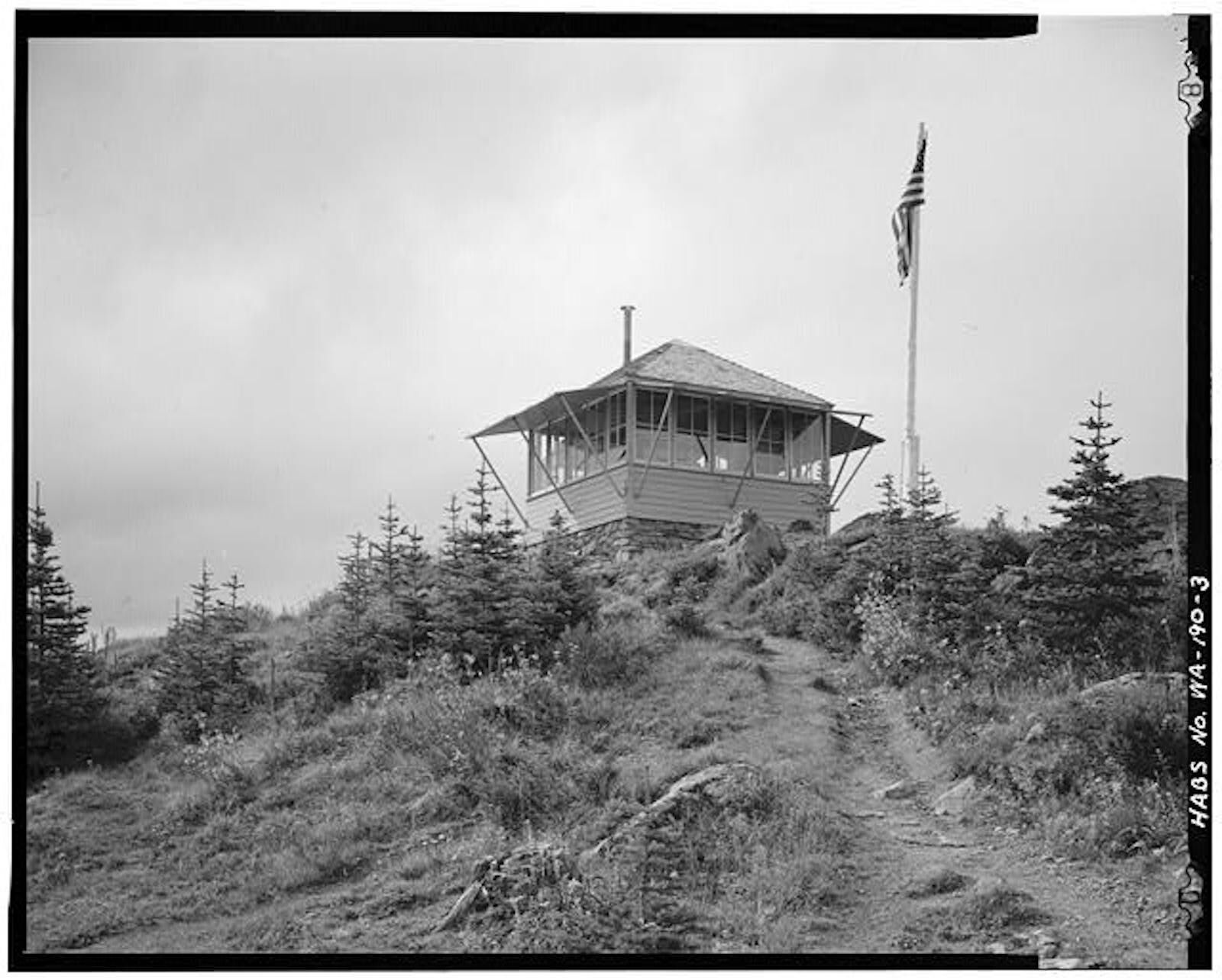 Fire lookout towers were used in the United States as early as the 1900s to help spot and prevent forest fires. The first lookout towers were built on high peaks and were often made of wood or steel. These early towers had limited visibility and were not always effective at spotting fires, so in the 1920s and 1930s, the United States Forest Service began building more advanced lookout towers with 360-degree views, such as the Three Fingers Lookout. These towers were made of concrete or stone and were typically staffed by a single person who would stay in the tower for extended periods of time to look for fires.

However, around the 1950s, fire towers fell out of favor, mostly because forest services and departments developed more advanced technologies for detecting and fighting fires. With the advent of aircraft and other technologies, it became possible to spot fires from the air and to quickly deploy resources to extinguish them. As a result, the need for lookout towers diminished, and many were decommissioned or abandoned. This particular lookout was built in 1931 and was one of about 2,000 built in the western US in the 1930s.

How to reach the Three Fingers Lookout

The Three Fingers Lookout tower is in the Boulder River Wilderness, part of the Mt. Baker-Snoqualmie National Forest north of Seattle. The road to the trailhead is a rough, unpaved forest service road that may not be suitable for all vehicles. The trailhead is toward the very end of Tupso Pass Road — search for “Three Fingers/Goat Flats/Saddle Lake Trail No. 641” on Google Maps.

The hike is about eight miles each way and gains about 4,000 feet of elevation, so it’s extremely challenging — especially as the final push to the summit is rocky and steep and requires scrambling and climbing a steep metal ladder to the actual tower. You’re likely to encounter snow and ice near the top almost year-round, but certainly you do it any earlier than July.

How to sleep at the lookout

The lookout is available on a first-come, first-served basis, which means you’ll want to start the hike quite early. It only fits about three or four people on the floor, and perhaps another two on a newly installed sleeping platform. You’ll need to bring all your own camping gear, including sleeping bags and pads and all cooking supplies; all you get from the tower is shelter (and stunning views).

As of time of writing, you don’t need a permit to backpack along the trail. But regulations change frequently, and it’s your responsibility to stay. up to date with the local Forest Service office on trail permits, fire regulations, overnight camping limitations, and more. If the tower is occupied when you arrive, you can double back about two miles and camp near Goat Flats.