The first dedicated fire lookout tower was erected in 1909 on Mount Morris, New York, after nearly one million acres of the Adirondacks were burned by wildfires in 1903 and 1908. The lookouts soon opened to overnight visitors, who left their impressions in guest books that still exist today. In the age of drones and satellites, many fire lookouts have deteriorated or been taken down, but some are still in operation. Yet others, particularly in the Mountain West, have been converted into overnight lodging, and as those guest books attest, they’re among the most engaging places you could enjoy a weekend wilderness escape. Here are some of our favorites.

What to bring when staying in a fire lookout: water for drinking, cooking, and cleaning; food; toiletries; campsite cooking and eating supplies; warm clothes; binoculars; first aid supplies; and a sleeping bag. 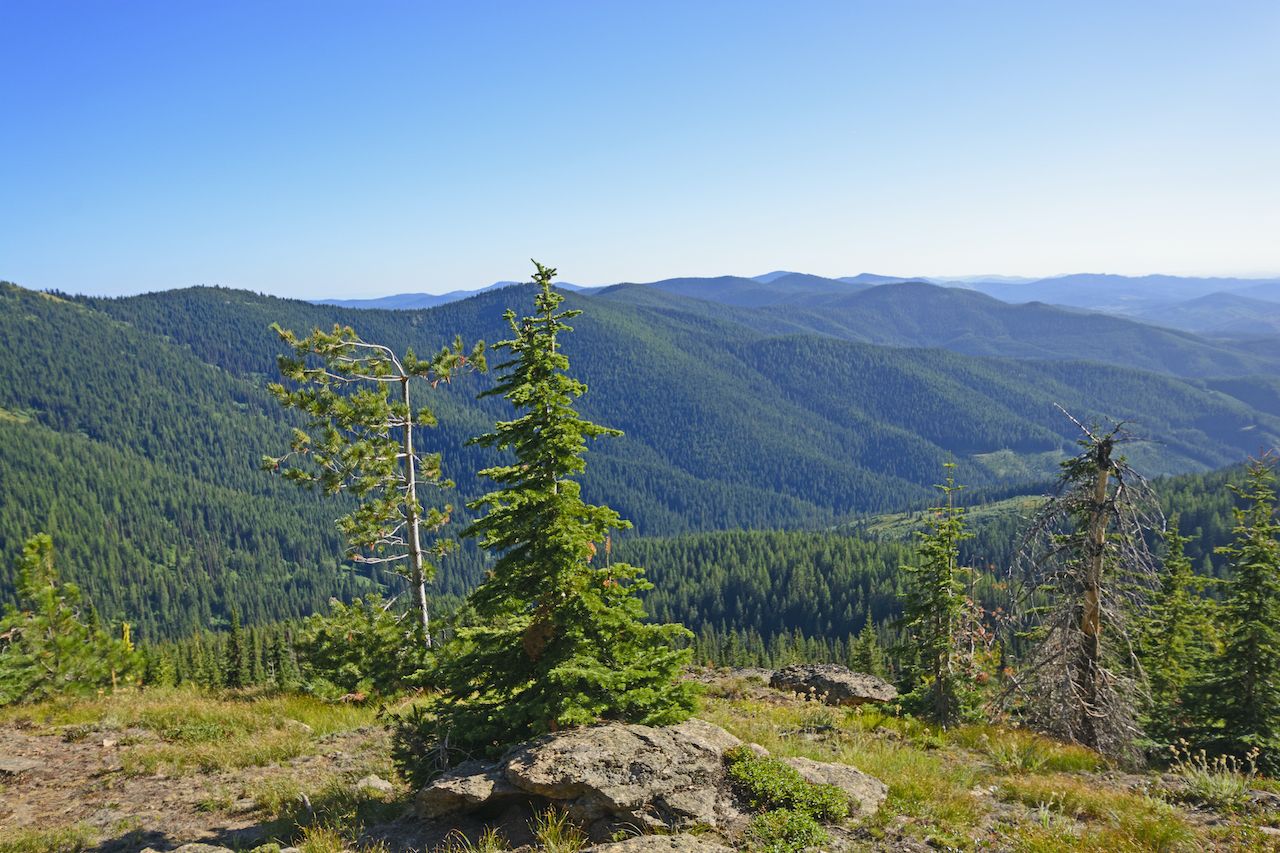 Five flights above the deep greens of the Nez-Perce Clearwater National Forests, the Lookout Butte Lookout gazes upon the Seven Devils Range from a vantage point few are lucky enough to experience. From its peak you’ll take in the Selway Crags and be able to hike or mountain bike the surrounding forest roads in near-total seclusion, with only a few roaring ATVs in the distance signifying another human presence. The tower is comprised of one room offering 360-degree views, with an outdoor catwalk on which to relax during the sunset. A recent guest noted that the lookout tower came complete with three twin beds and a sleeping pad. 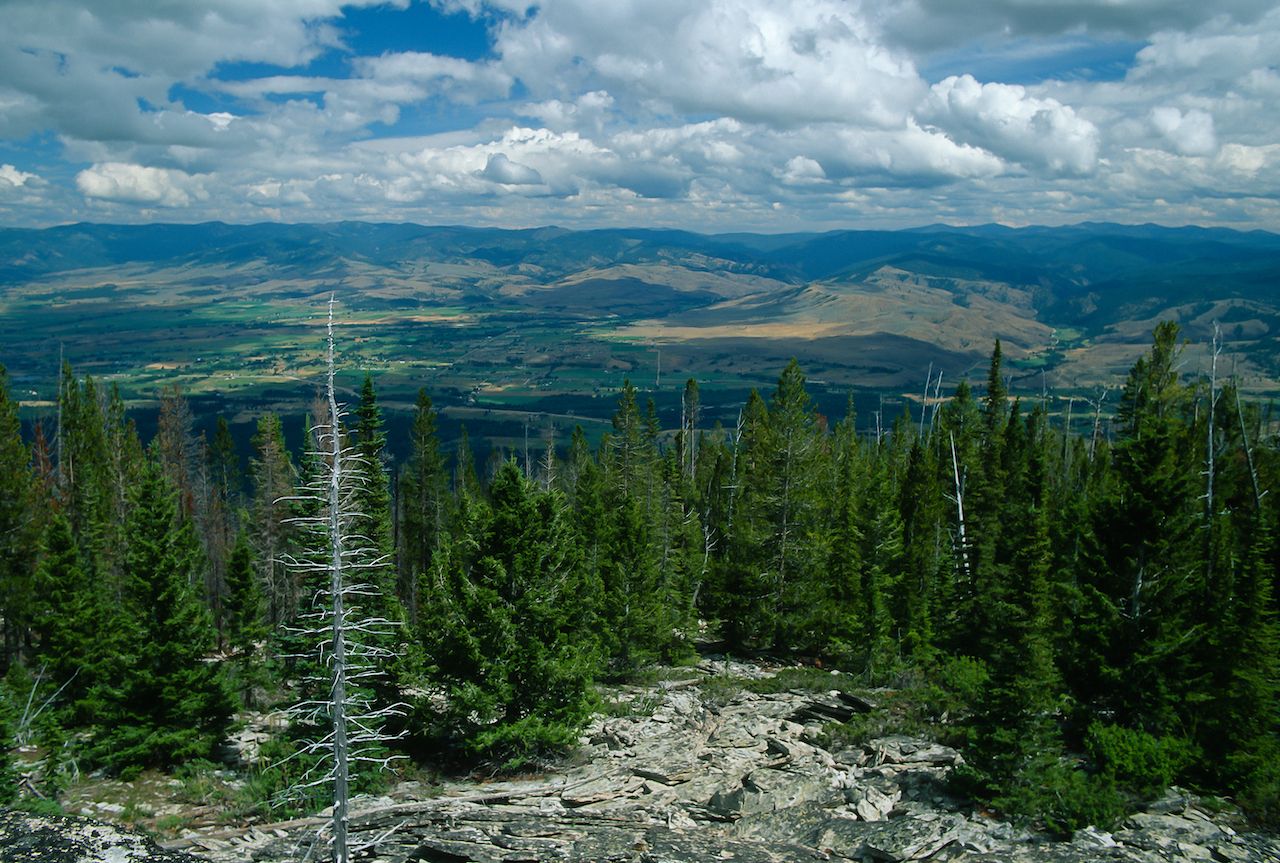 Western Montana’s Bitterroot Mountains attract mountaineers and anglers from around the country, but very few of them enjoy the views from 40 feet up. The Up Up Lookout is surrounded by hiking trails but is accessible by dirt road, saving you the struggle of backpacking your gear in for the night. The tower comes with propane-powered heat and light and down below has a campfire ring and picnic tables at which to eat and get lost in late-night scary stories. The tower sleeps four, but your best bet if traveling with more than two is to bring a sleeping bag, as it lists only one twin bed and mattress pad. 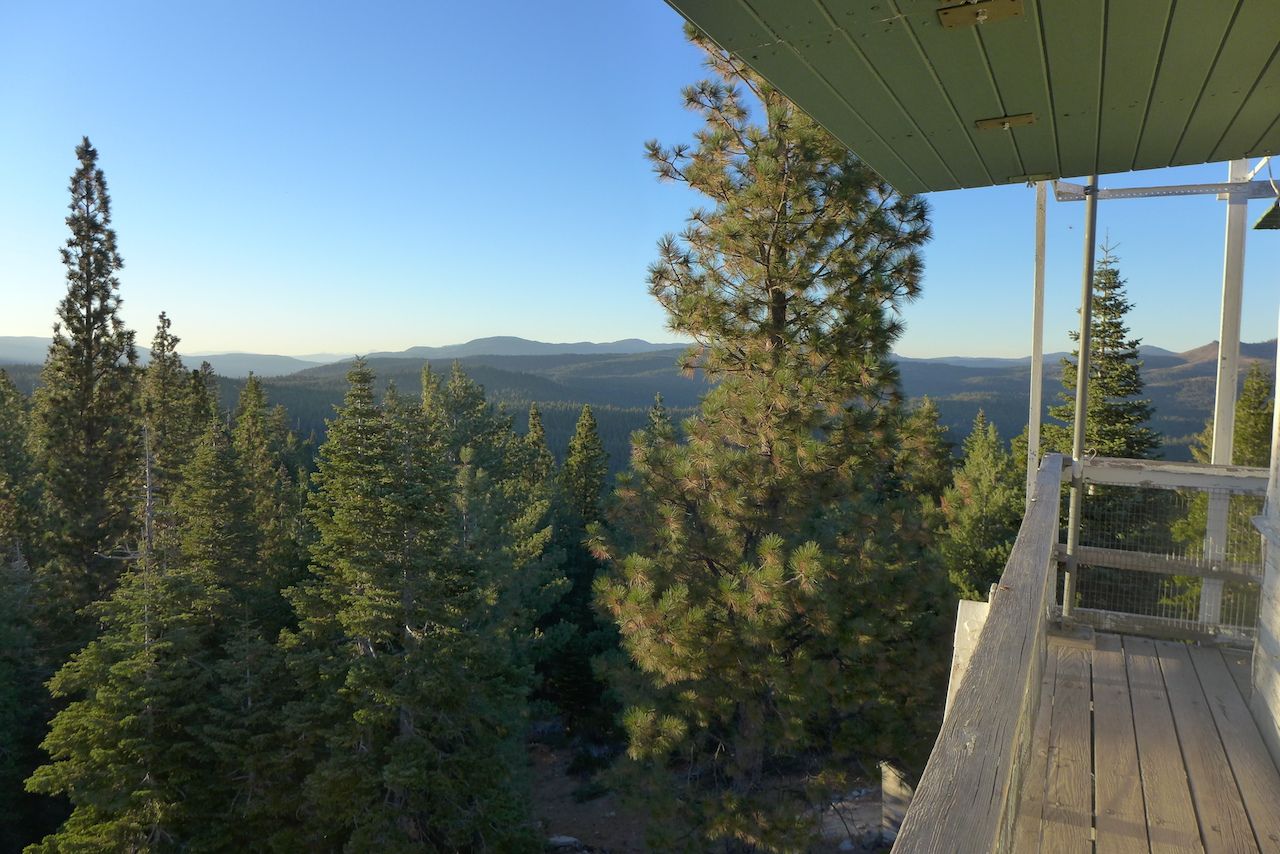 At only three stories, the Calpine Lookout is not as high as many fire lookouts, but it is among the few remaining “windmill”-style lookouts in the country. It offers full-circle views of the surrounding Sierras and is only about 20 miles off the Pacific Crest Trail. If you have a vehicle, that means you can get in a day hike on the legendary through-hiking route and make it back to the tower in time to cook dinner on the outside campfire ring — provided there’s no fire ban in effect. Hiking and mountain biking are also accessible closer to the tower. Visit in winter when the road is closed. You’ll have the true adventure of snowmobiling or backcountry ski touring to the tower and a much easier time getting a reservation since the tower is almost continuously booked during warmer months. No matter when you come, bring a sleeping bag and warm clothes, as no bedding is provided. 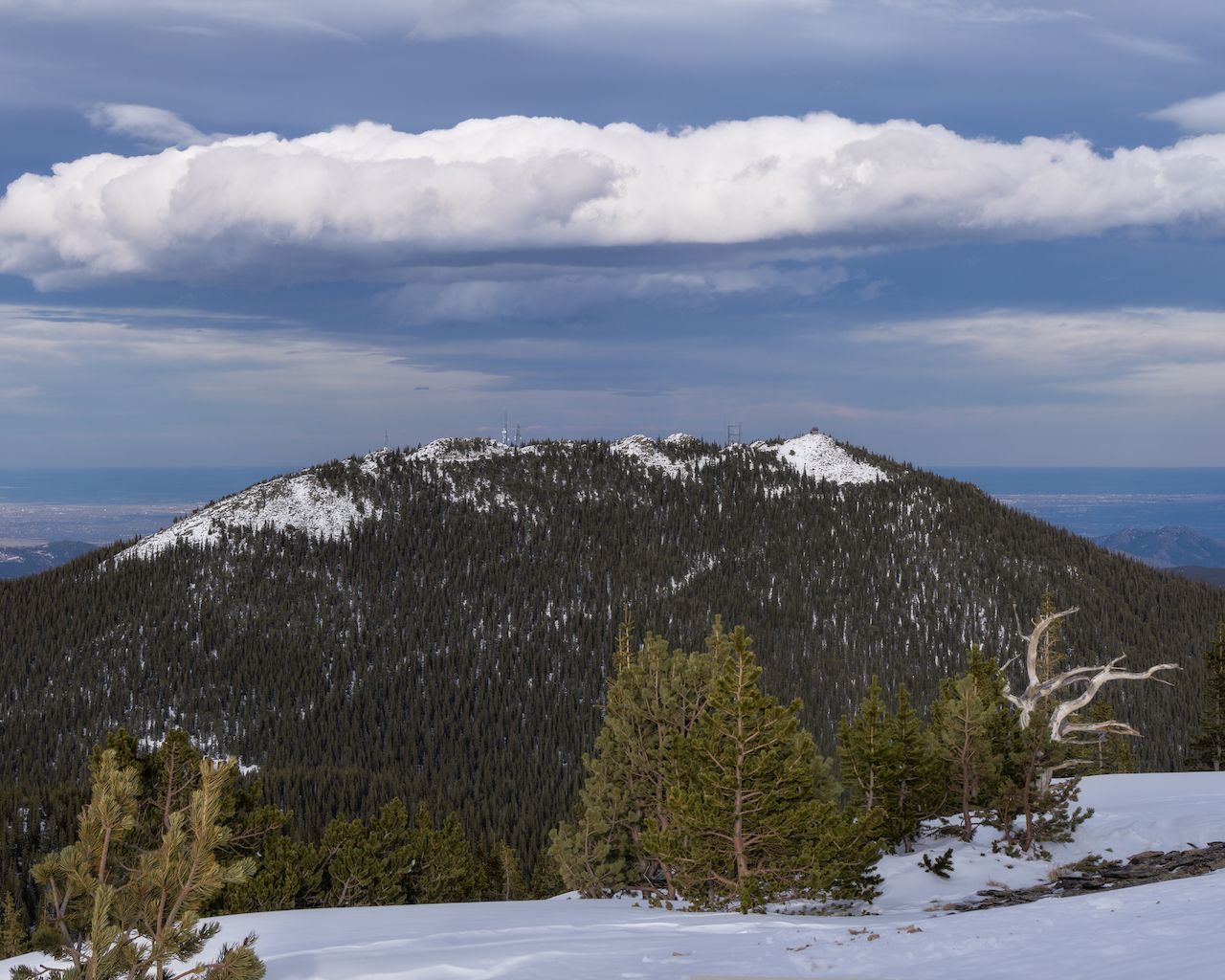 For being less than an hour from downtown Denver, the Squaw Mountain Lookout sure does feel secluded. This tower is among the few you can rent through recreation.gov that has full electricity, including an electric stove, refrigerator, and heat. It doesn’t have bedding, though, so bring a sleeping bag. If the sky is clear you’ll be able to see a few of Colorado’s famed “14ers,” including Mount Evans, Longs Peak, and even Pikes Peak to the south. The nearby town of Evergreen is your base for supplies. In the morning, hike or bike the surrounding area, summiting nearby Bergen Peak if a long day-hike is in order. 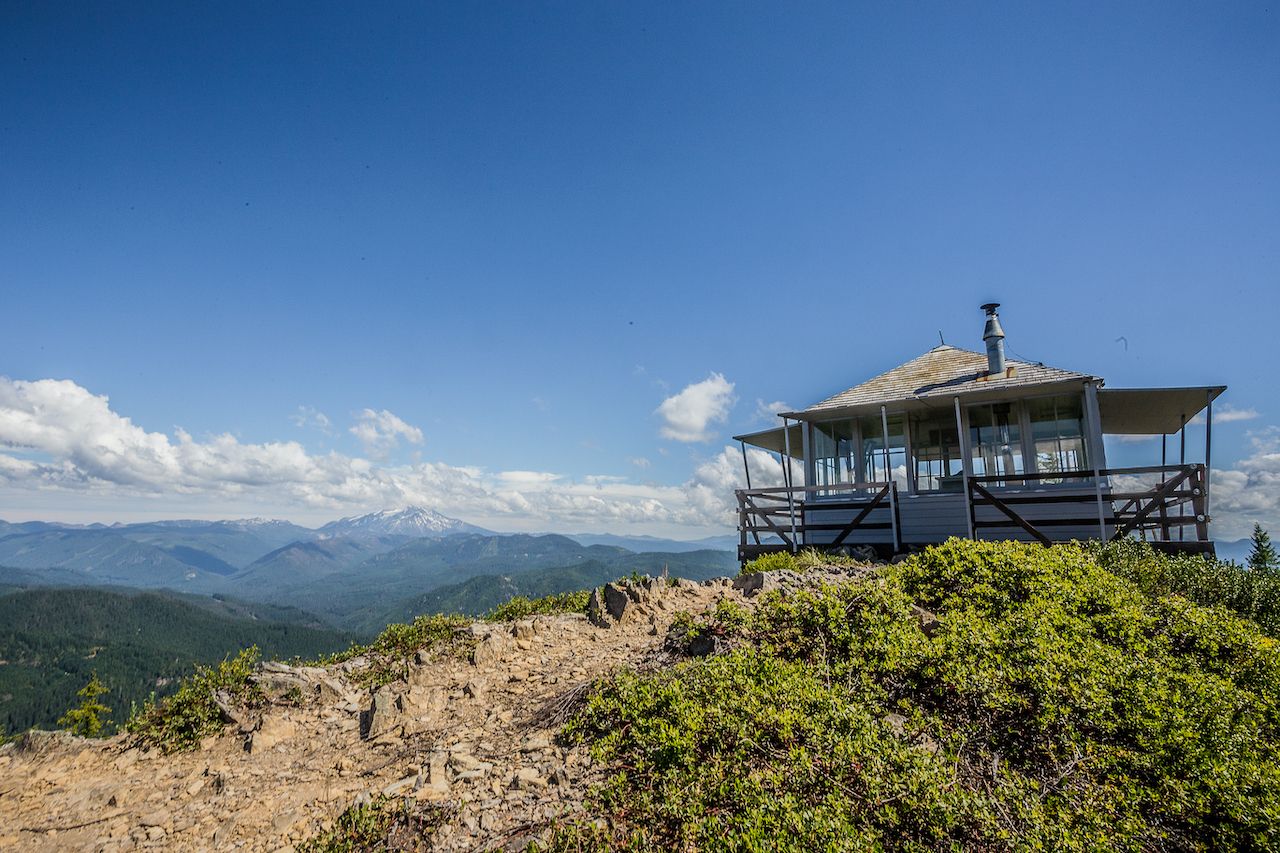 The pull here is that the Gold Butte Lookout served double duty during its heyday in the mid-1900s. In addition to being a fire lookout tower, this hut was used by the Civilian Conservation Corps as part of the Aircraft Warning System during World War II. For present-day visitors, Gold Butte doesn’t require a steep five-story climb to get to the cabin — but it does necessitate a half-mile hike from the topmost point that vehicles can ascend to. The hut itself is built on top of three-foot stilts. So once you hike the short distance, all you have to do is take a big stride up and you’re inside. The hut has three folding cots and a twin bed, and that’s pretty much it. Nearby, fish or SUP on Elk Lake or hike along any of the nearby trails. 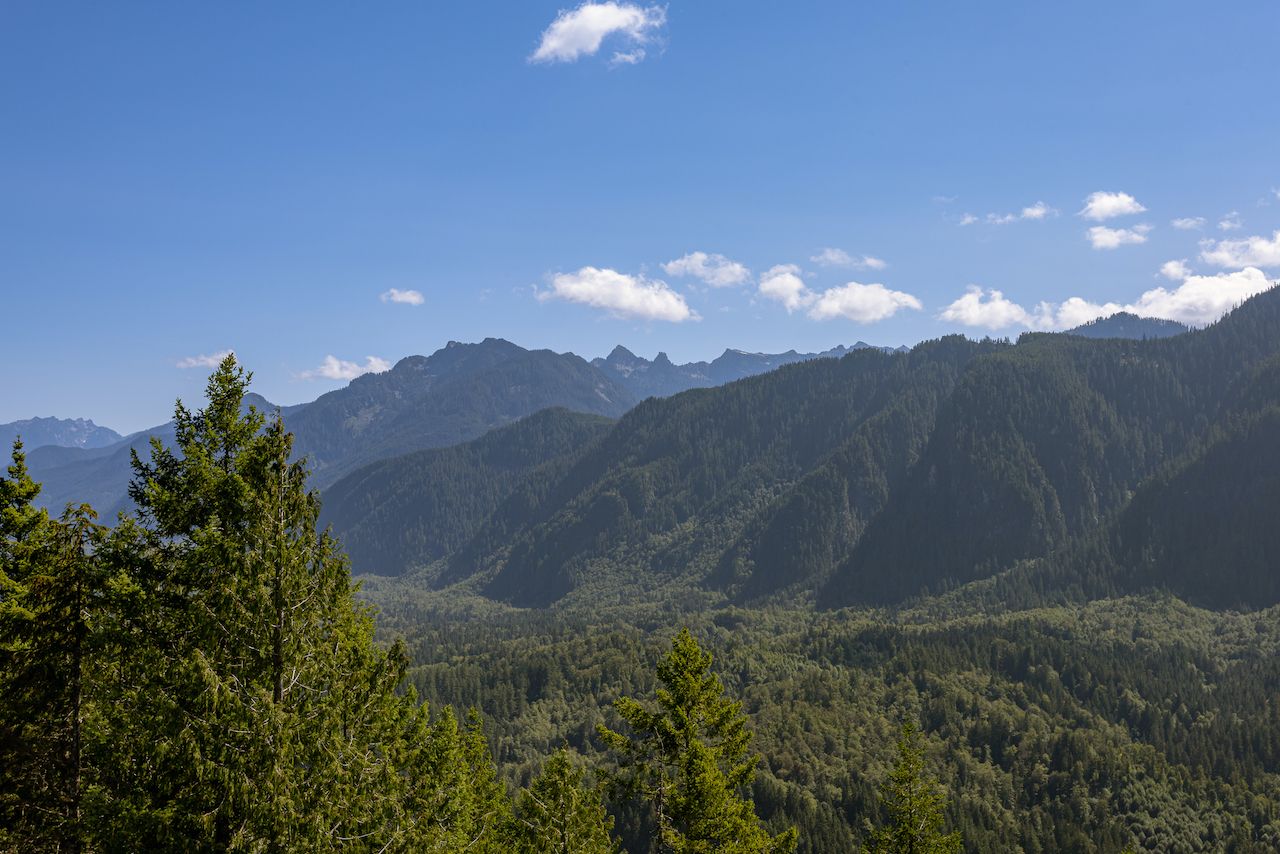 Another fire lookout doubling as an Aircraft Warning Station, Evergreen Mountain Lookout is now listed on the National Register of Historic Places. Here you’ll find battery-powered lighting and some basic kitchenry but not much else. It’s truly a remote lookout where there’s not much to take your mind off the stellar views of Mt. Rainier, Glacier Peak, and the immediate Wild Sky Wilderness. You’ll need sleeping bags and camping amenities, as well as your best hiking boots. The lookout is located at the end of a strenuous hike up the Evergreen Lookout Trail.