Korean culture has survived for 5,000 years, despite the best efforts by hostile neighbors to stomp it out. If you know and respect Korean culture you will get much more out of your time in Korea. 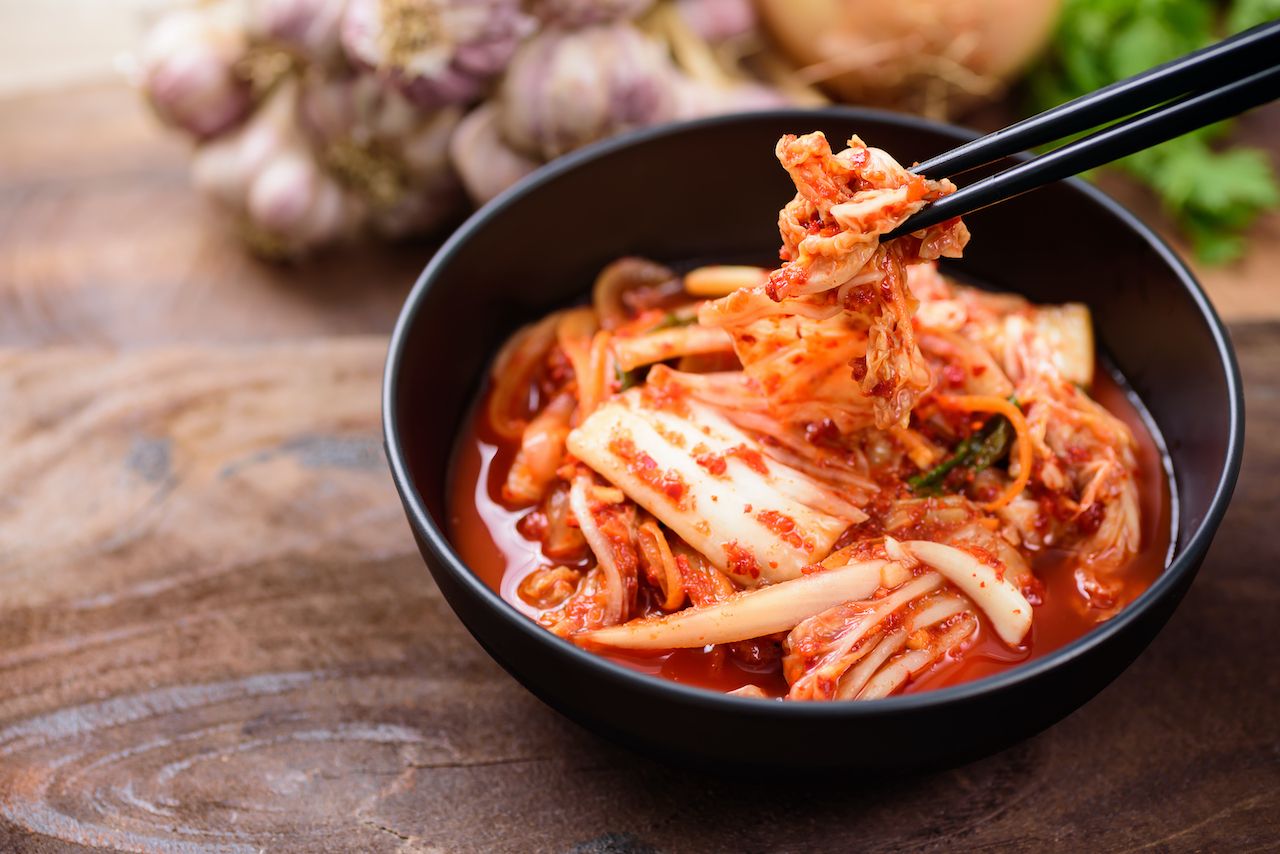 Kimchi is sliced cabbage, fermented with red chili sauce and anchovy paste. It is pungent, spicy, and sour. Koreans love it and eat it with every meal — usually on the side -– though they also use it as an ingredient in countless other dishes.

Kimchi is symbolic of Korean culture: it’s strong, distinctive, and defiant. Some foreigners can’t stomach it, but if you can, you will earn the locals’ heartfelt respect. It’s definitely one of the top food experiences you need to have in South Korea. 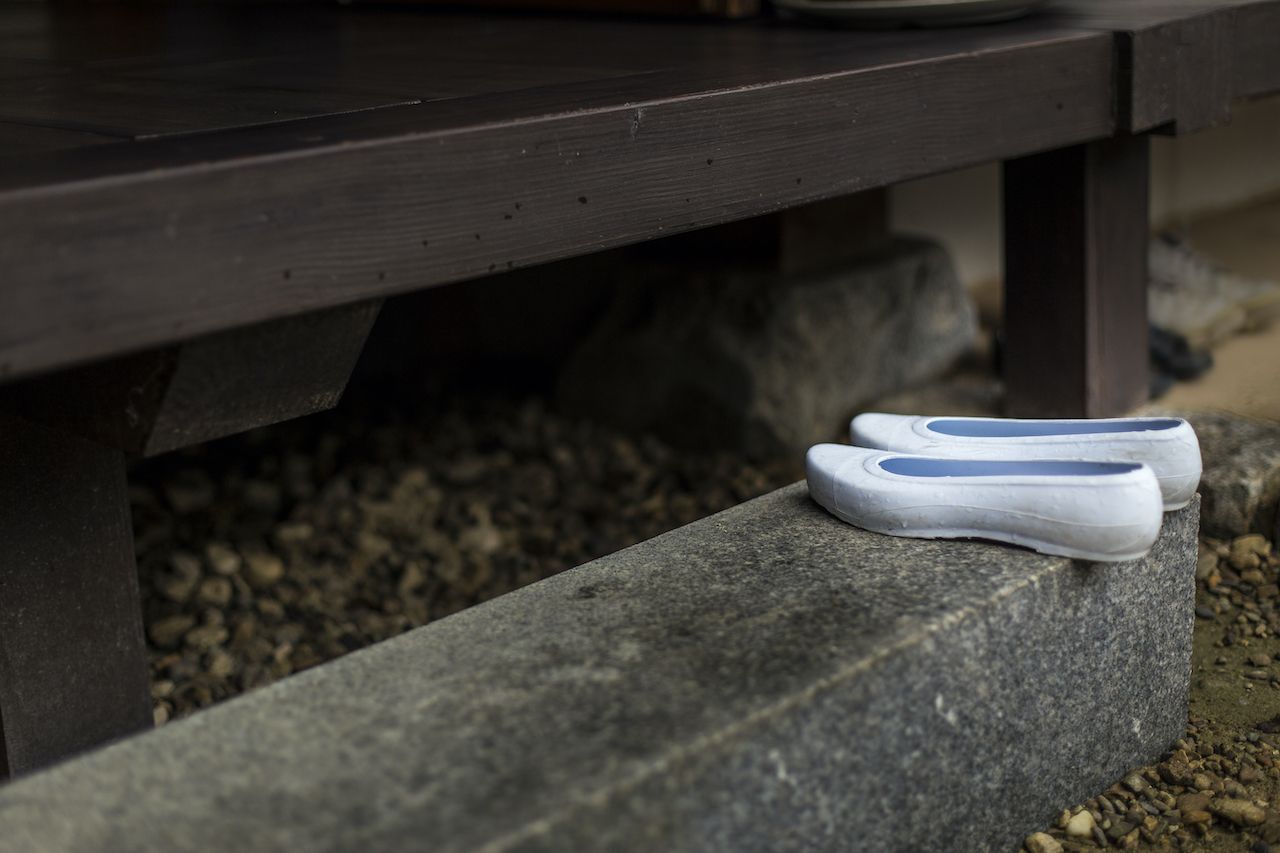 When entering a Korean home, you must remove your shoes. To do any less is a sign of great disrespect.

Koreans have a special relationship with their floor, on which they sit and often sleep. A dirty floor is intolerable in a Korean home, and they view Westerners as backward savages for remaining shod in our living rooms. 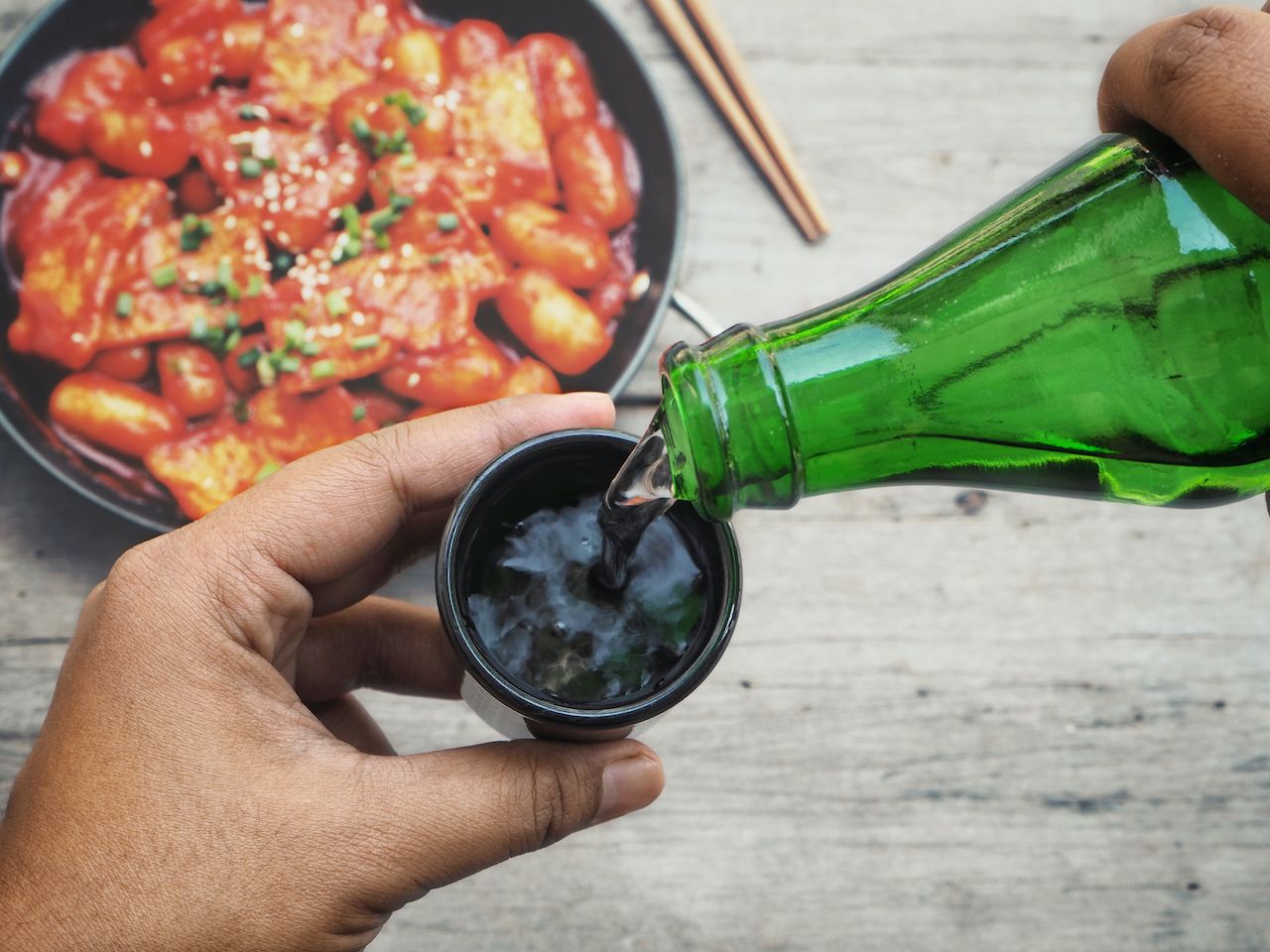 Korea is a drinking culture, and their national booze is soju, a clear, vodka-like drink.

Soju is drunk out of shot glasses, and like all liquor in Korea, it’s always served with food. Koreans drink in boisterous groups, regularly clinking glasses, while shouting geonbae! (cheers) and one shot-uh!

At night, you will see men coming out of norae bang (karaoke rooms) and staggering through the streets, laughing, singing and arguing. Just be sure to avoid the puddles of reddish-vomit often left behind, which are also known as kimchi flowers.

Koreans have strict drinking etiquette: never pour your own drink, and when pouring for someone older than you, put one hand to your heart or your pouring arm as a sign of respect. 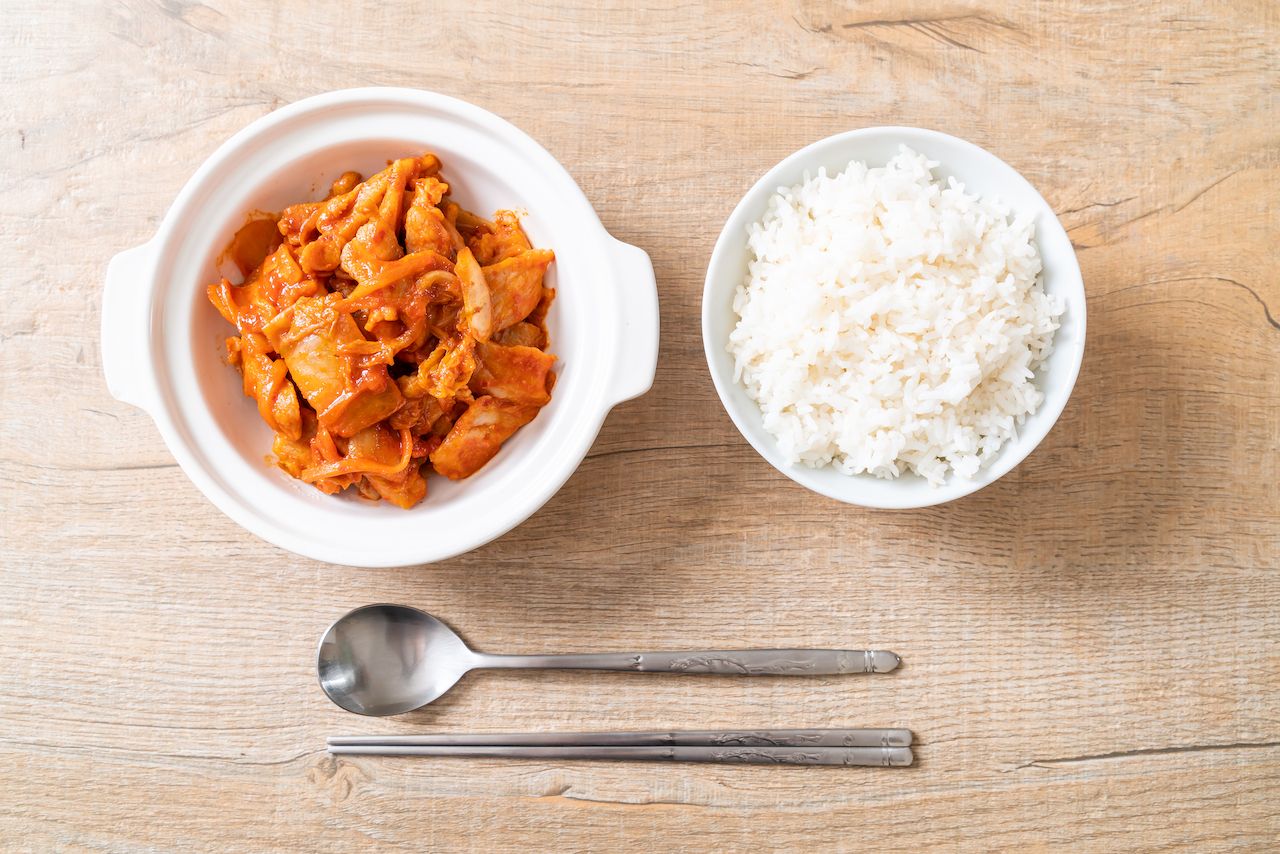 Like the Japanese, the Koreans eat rice with almost every meal. It’s so ingrained in their culture that one of their most common greetings is Bap meogeosseoyo?, or ‘Have you eaten rice?’

Unlike the Japanese, Koreans usually eat their rice with a spoon, and they never raise the rice bowl off of the table towards their mouths.

Also, chopsticks must never be left sticking out of the rice bowl, as this resembles the way rice is offered to the dead. 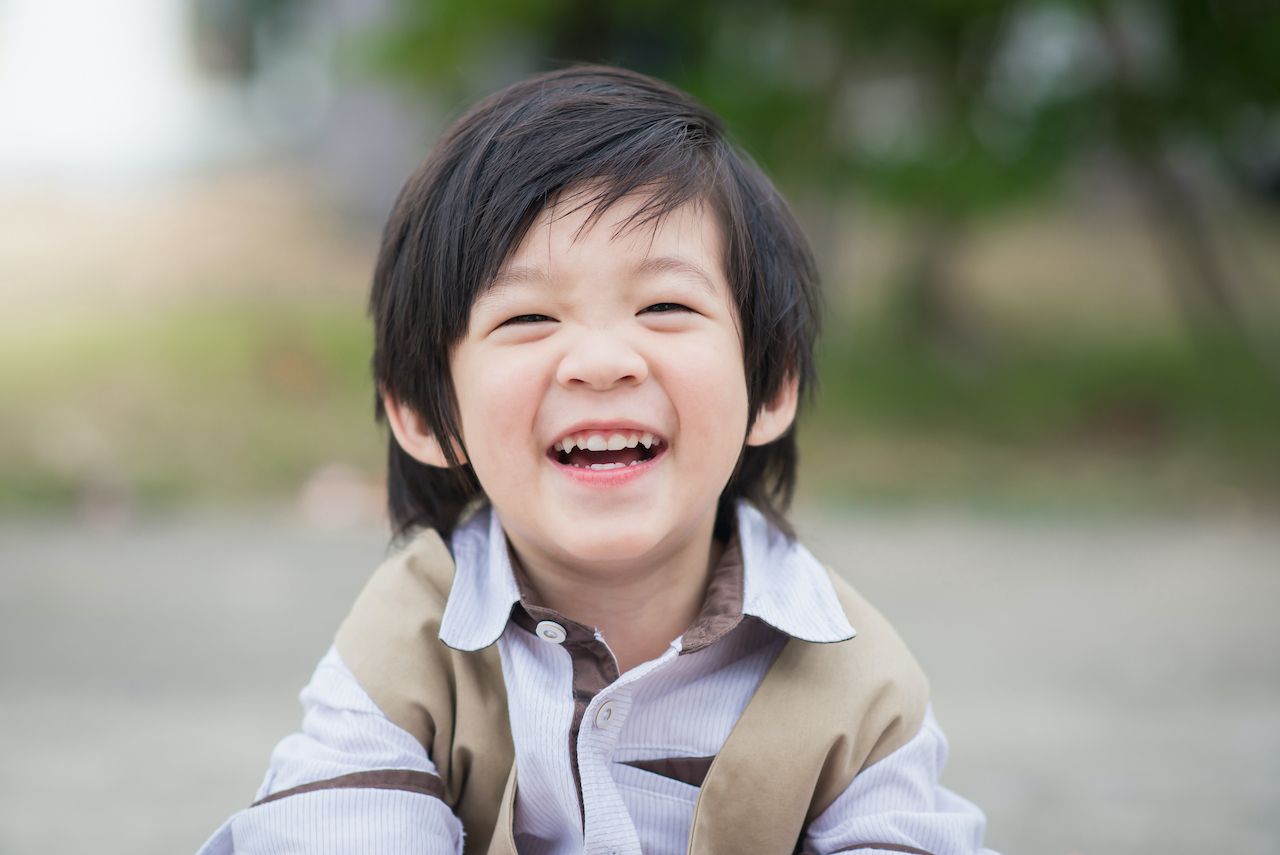 Koreans are a warm and generous people, but you would never know it from the sourpusses they paste on in public.

Sometimes, the chaotic streets of the peninsula resemble a sea of scowls, with everyone literally putting their most stern faces forward. This is NOT true of the children however, who will invariably grin and laugh while shouting “Hello! Hello!” 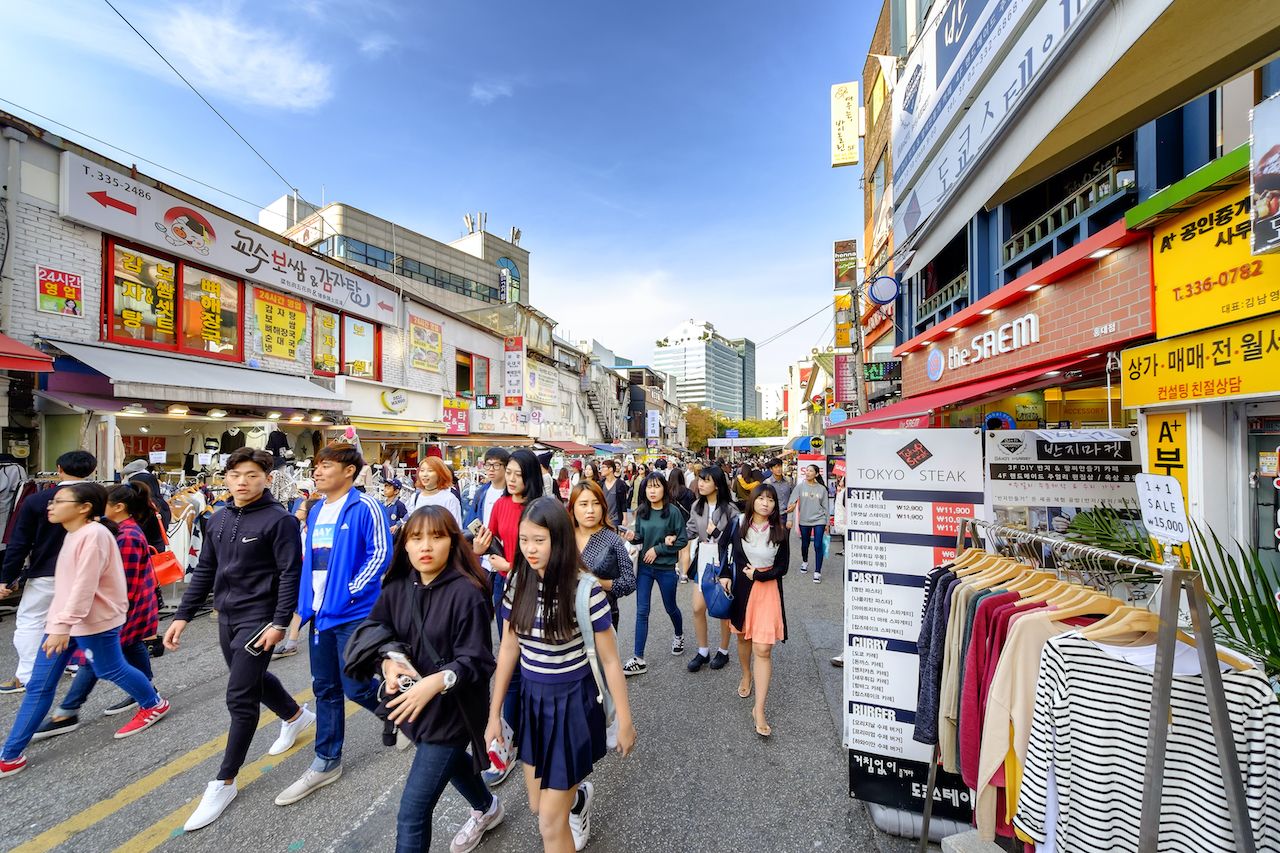 Korea is a crowded country. It’s a cluster of stony mountains with only a few valleys and plains on which to build.

The result is a lot of people in small spaces, and folks will not think twice about pushing and jostling in order to get onto a bus, into an elevator, or to those perfect onions at the market.

Don’t even bother with “excuse me,” and beware of the older women, known as ajumma. They’re deadly. 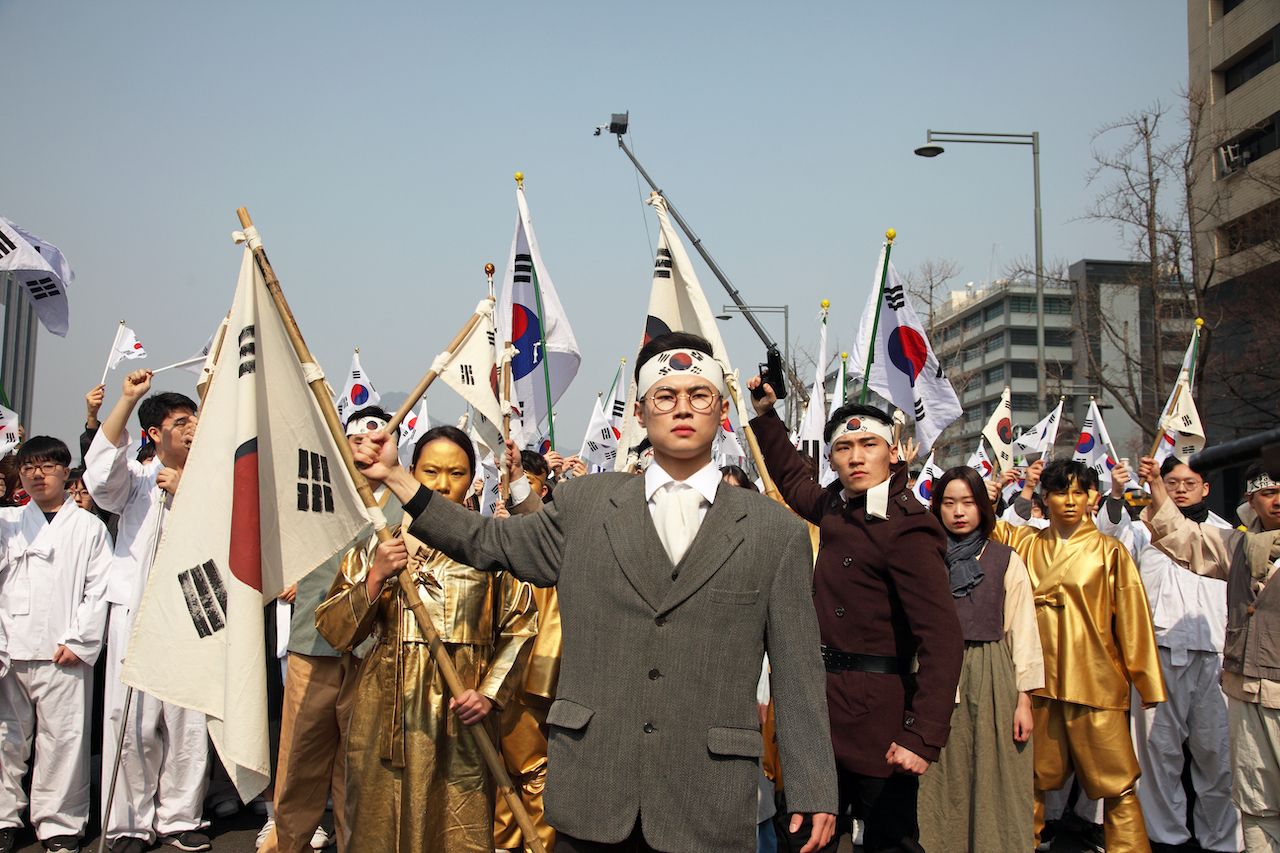 South Koreans fought hard to achieve the democratic society they now enjoy, and are among the top in the world when it comes to exercising their right to protest.

Dissent is alive and well. Koreans protest with frequency and they protest with fervor –- on all sides of the political spectrum.

Protesters employ a variety of methods, from the violent (angry students regularly attack riot police with huge metal rods), to the absurd (cutting off fingers, throwing animal dung, covering themselves in bees). 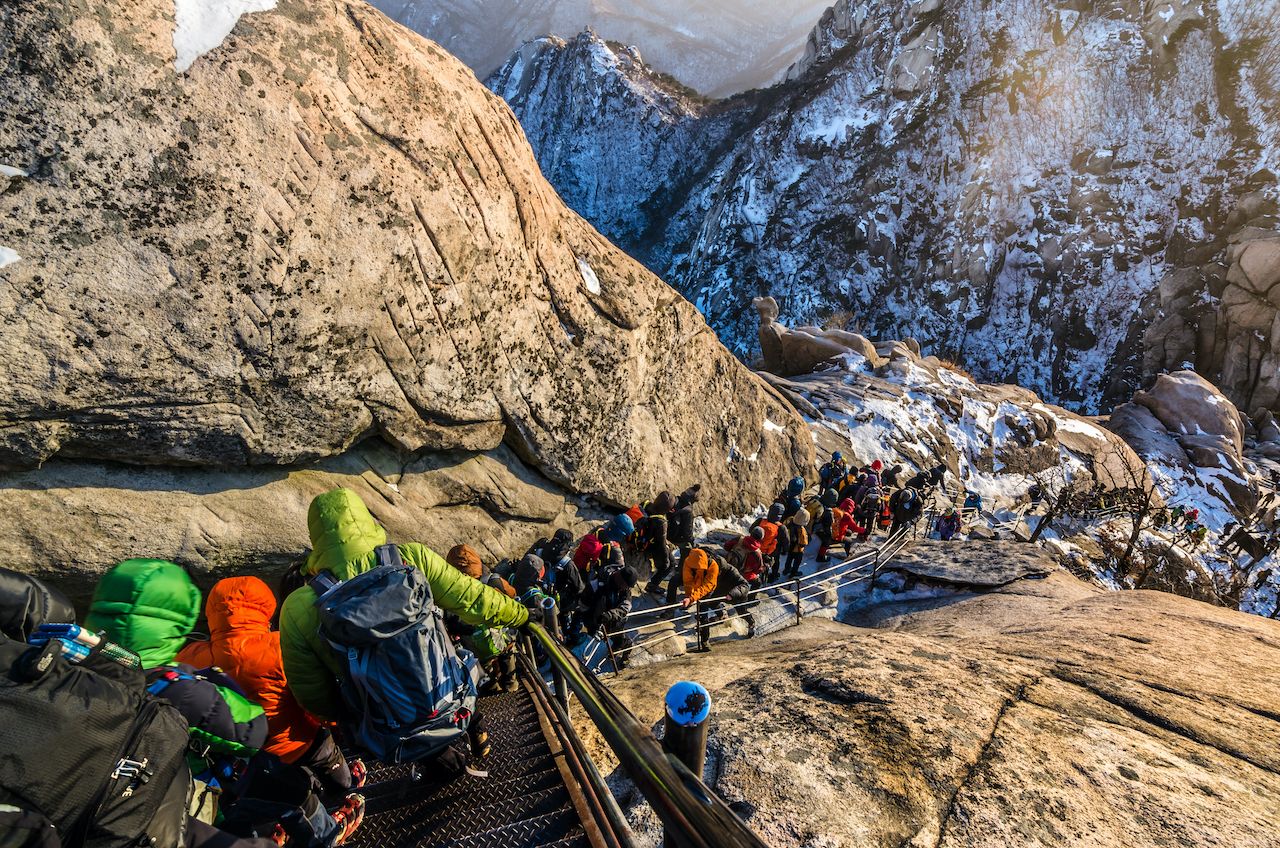 As Korea is mountainous, it should come as no surprise that hiking is the national pastime.

Even the most crowded of cities have mountains that offer a relative haven from the kinetic madness of the streets below.

Koreans are at their best on the mountain. They smile and greet you and will often insist on sharing their food and drink. Make sure to stop at a mountain hut restaurant for pajeon (fritter) and dong dong ju (rice wine).

By the way, make sure to check out our guide to everything you need in your pack for backpacking in Asia.

Yes, some Koreans do eat dog meat, despite some sporadic attempts by the government to shut down the(dog meat soup) restaurants, in order to improve the country’s “international image.”

Dog meat is mainly consumed during the summer and by men, who claim that it does wonders for stamina. 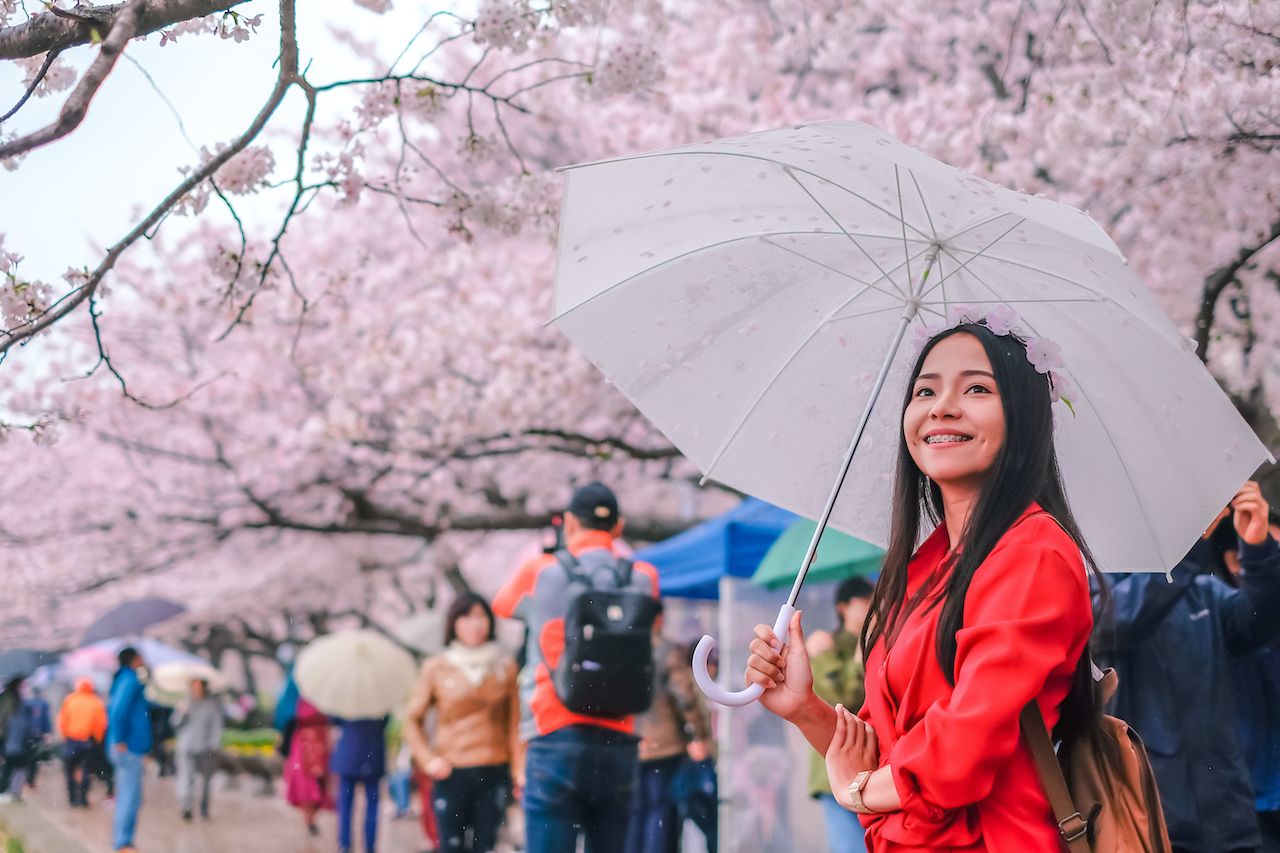 Koreans are an extremely proud people, and sometimes this pride transforms into white-hot nationalism.

You see this nationalism displayed at sporting events, where thousands of Korean fans cheer their national teams on in unison, banging on drums and waving massive flags.

This nationalism especially comes to a boil whenever Japan is mentioned, as Japan has invaded them several times, and occupied Korea as a colony for almost the first half of the 20th century, decimating the country’s resources and conscripting thousands of their women as sex slaves.

It would be most unwise to attempt to disagree with either of these points, as Koreans don’t consider them up for debate.

9 Ways To Totally Humiliate Yourself in South Korea
Tagged
Culture Insider Guides South Korea
What did you think of this story?
Meh
Good
Awesome