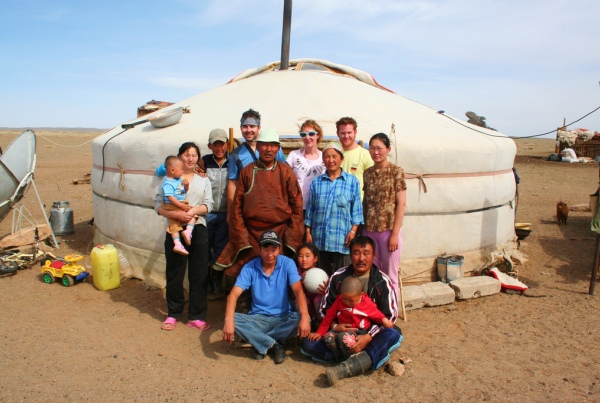 Feature and above photo by Quinn Mattingly.

Everyone has preconceptions about their first time studying in a foreign country, but it’s the unexpected experiences that can be the most rewarding.

1. You don’t understand, and that’s okay.

As a college student, you’re expected to understand class material. You’re used to analyzing and making sense of things—and being required to do so. Suddenly immersed in a new culture, however, you will come across things you simply don’t understand, and trying to analyze everything will just give you a headache.

Studying abroad will teach you to live with mysteries, and to appreciate the beauty of an unanswered question.

2. “Authenticity” is a meaningless concept. 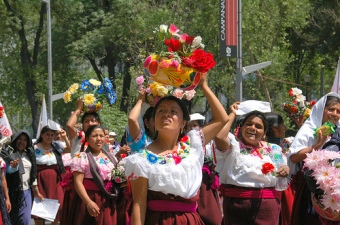 I arrived in Mexico for the first time with a clear image of my host mother: small and plump, with long pinned-up braids and an embroidered apron. She would clutch me to her bosom, feed me handmade tortillas, and declare me her honorary hija.

My actual host mother, as it turned out, had dyed blond hair, wore skintight jeans and false eyelashes, did yoga, and couldn’t cook so much as a quesadilla. Annoyed by what I perceived as her “inauthenticity,” I wrote in my journal that I could’ve stayed at home if I’d wanted to meet such a woman.

Later, though—after the afternoon she spent hours heating towels and laying them on my aching stomach as I curled, whimpering, in my bed—I had to admit that, her Wonderbra notwithstanding, she was an “authentic” representative of her culture, as well as a lovely human being. She couldn’t teach me how to make a tortilla over a wood fire, but like anybody in the world, she had things to teach, once I was willing to learn from her.

3. You are not the ultimate moral authority for all people (but you don’t have to abandon your values, either).

Maybe it’s the role of women, or the treatment of animals, or the attitude towards the environment, or the way children are disciplined—whatever it is, you are sure to run across some aspect of your host country’s culture that you find morally questionable, if not repugnant.

It’s tempting to either want to mount a protest or, conversely, to feel that you must adjust your own moral compass—“If these people I respect can do or believe this, maybe it’s not as bad as I think.” Resist those temptations: this is an opportunity to learn humility and restraint.

You’re in this country to study, not to subvert its dominant paradigm. Certainly you may run across an opportunity to tactfully and respectfully mention to a receptive individual that, hey, maybe Fido’d appreciate a little shade and more than a foot of chain. But those moments need to be chosen carefully.

Remember that it is the people who belong to the culture who are in the position to decide what needs changing, and change it. Let them do their job; your job is to keep your eyes and heart wide open.

4. Being able to communicate in a second language is awesome, but can be its own barrier. 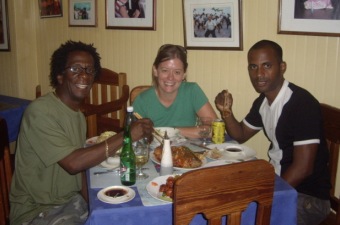 You’re probably studying abroad at least in part because you want to learn a new language, and that’s wonderful. But you will run across situations where your newly-acquired ability to communicate in the local tongue actually gets in the way of communication—so go with it.

I will never forget trying, along with several of my classmates, to ask research questions of three women who were selling fruit in a village we visited.

We were sure that if we could phrase a grammatical, properly-pronounced question, we could communicate, but they just giggled at our queries. Perhaps we unknowingly touched on culturally inappropriate topics; perhaps they were just shy. Quite possibly Spanish was their second language, too—though we didn’t think of that at the time.

Only when the women offered us each a perfect, tiny peach—when we were standing there slurping and dripping all together—did the tension break. The language of food communicated far more than words could that day.

Towards the end of my study abroad trip, I met a man in the market who told me how happy he was that I was in Mexico. He told me earnestly, “You have to go home and tell them what we’re like here. Go back and make them see that we’re people, too.”

And that’s key—of course, you’re studying abroad for you. But you’re also taking on a responsibility. This country has taken you in, fed you, taught you, broken your heart, and healed it again.

How will you return the favor?

Interested in a free apartment in the heart of Mexico City? Matador editor Julie Schwietert Collazo is letting travelers stay rent-free in her apartment while she and her husband are out of town from October 15th to late December. Click here for details!

Tagged
Culture Mexico
What did you think of this story?
Meh
Good
Awesome