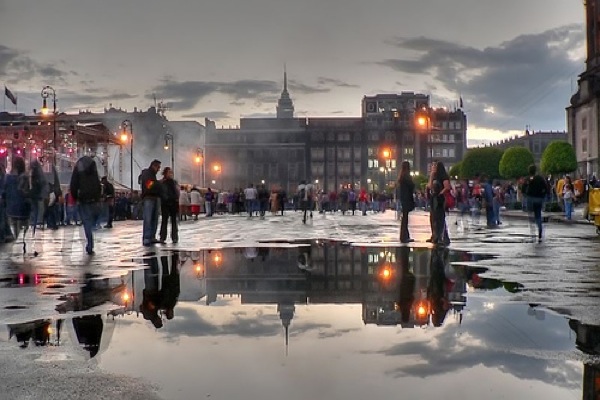 Want to get to know the locals in Mexico? Brush up on your slang.

Mexico has its own language untaught by Spanish schools and phrase books. It’s a language whose meanings shift in a heartbeat from insults to compliments, a language Mexican people manipulate deftly and instinctively in all sorts of contexts.

Here’s a primer of your essential Mexican slang: 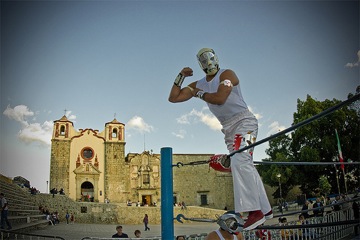 This sounds like a cliché. Sure, a cabrón is a guy who’s a sort of badass, right?

Sure, that’s one interpretation. But this guy can be a real jerk, someone you talk about with disgust or fear, or this guy could be, say, an internationally renowned artist who’s just completed a photo exhibition about indigenous cultures.

Either one is a cabrón. And don’t forget about the feminine version, cabróna. Same standards apply: there are the bitchy, detested cabrónas and the revered, awe-inducing ones.

Then there’s que cabrón, which is used to describe a thing or situation as opposed to a person. This, too, can be positive or negative, but it’s gotta have a particular edge to it. Real life examples:

a) Narcos entered a popular restaurant and collected the cell phones of all the customers, warning them not to make any phone calls or act out of the ordinary. The narcos ate peacefully, returned the cell phones, paid everyone’s bills, and continued on their way. Que cabron.

b) You ran out of water, and the government isn’t sending more water to the Centro Historico for three days. You just had a party and now have a sink full of beer glasses, skillets full of chipotle sausage residue, and greasy plates. Que cabrón.

Insider tip: For added flair, add an “ay” before cabrón when used for people, and mix it up with an “esta cabrón” instead of “que cabrón” in the case of situations.

In the quintessential Mexican read, The Labyrinth of Solitude, Octavio Paz has a great passage about the significance of la madre (the mother) in Mexican slang and culture.

The madre is identified with all things negative, the padre with all things positive. This, argues Paz, is a reflection of two historical and cultural factors in Mexico.

The first is the idea of the “long-suffering mother,” the passive recipient of pain and burden who is, to use another classic Mexican slang term, chingada (screwed, for a polite interpretation). 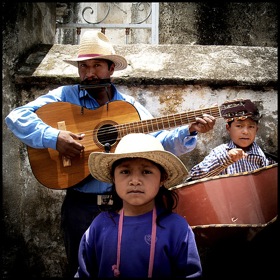 The second is the historical resentment and resignation towards the woman whom Paz claims is the mother of modern Mexico—La Malinche. La Malinche was a Nahuatl woman who aided Cortéz in the colonization of Mexico, translating for him, offering insider information, and…giving him a son, one of Mexico’s first mestizos.

So la madre is not treated kindly by Mexican slang. Whether you feel squeamish about it or not, be prepared to hear at least one of these expressions on a daily basis:

Que madres: what the hell? As in, the sudden explosion of firecrackers on any random street corner, the drunken antics of your friend after so much mezcal, the thing floating in your soup.

Que poca madre: literally, how little mother, as if mother was a quantity added with an eye dropper to a particular experience. The less mother, the better. So if Mexico kills in soccer with a 5-0 victory, it’s definitely poca madre.

Or, on the flip side, it’s padre—meaning cool, awesome, interesting.

Hasta la madre: utterly sick of something. Your boyfriend’s behavior could drive you to feeling hasta la madre, and so could consistent rain every afternoon or the incessant barking of the dog next door. You’re at the end of your rope, the breaking point—you’re literally, to translate the phrase directly, almost to the point of motherhood. 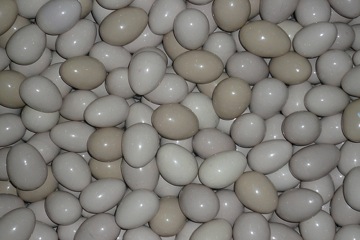 Que huevon/huevona: What a lazy egg. This expression is one of the principal reasons for my deep affection for Mexico. The mental image rocks, and the insult rocks. It is soft and prodding and so accurate in so many situations (particularly for describing the morning after 10 peso beers and a night of salsa).

Que huevos! A brilliant expression that translates most accurately as “what balls” but really, contextually, means so much more. In the most literal “what balls” sense que huevos can be used to express admiration for some great courageous act; for example, throwing your half-eaten mango at that guy who whistled at you in the street.

It can also be used, however, to express repulsion for rude behavior, such as tearing around a corner in your SUV and nearly killing a couple of pedestrians.

And finally, it can be used without the “que” to lament a minor tragedy—spilling beer all over yourself, tripping over the sidewalk, forgetting to buy the one thing you went to the supermarket to buy.

You can’t really go wrong with these three overarching expressions—cabron, madre, huevos—used in one variation or another. (Obviously, when you’re having a chat with the polite grandmotherly señora on the corner you don’t want to bust out with “ay, cabrón!”….common slang sense applies in Mexico as in most places).

So the next time you find yourself grappling with the differences between ser and estar, why not sprinkle some huevos into the conversation and save yourself the effort?

Planning a trip to Mexico? Check out the three part series on Mexican cantinas: Wrestling, Pig Skin, and Beer, Life is Worth Nothing, and Tequila and a Song. Also, take Matador editor and Mex-pat Teresa Ponikvar’s advice about spending summer in Baja California Sur. And if urban life is your thing, read up on the top 10 nightlife spots in Mexico City.

Tagged
Languages Mexico
What did you think of this story?
Meh
Good
Awesome

Learning from the environment at Mt. Norquay in Banff, Canada