Tequila is by far the most popular spirit from Mexico. It has long been loved by people on both sides of the border and around the world, and recently, the appeal of premium tequilas in the United States has spurred interest in other types of liquor unique to the country.

Today, bars and liquor store shelves are stocked with everything from Mexican whiskey — Abasolo, which is made using traditional corn nixtamalization — to a wide variety of sustainable mezcals, sotols, raicillas, and bacanoras.

The next time you’re looking to sip something from Mexico, take a step out of the tequila comfort zone for one of these traditional spirits.

Bacanora hails from the northwestern state of Sonora, which follows the border with the United States from the Gulf of California to New Mexico.

The spirit gets its name from the town of Bacanora, just like how tequila is named after the town of Tequila in Jalisco. Bacanora has a history just as long as the tequilas and mezcals made farther south, but it’s only recently gained more mainstream attention outside of its home region thanks to a changing legal and classification framework.

Anti-alcohol religious thinking led to a bacanora ban in the early 1900s that lasted until 1992. In 2000, the Official Gazette of Mexico published a declaration that only bacanora made in Sonora can go by the name.

It’s made from agave, specifically a variety called both Agave Pacifica and Agave Yaquiana that grows in the mountains where there are large diurnal swings between hot days and cold nights.

Typical bacanoras have less of the smoke flavor that you’ll find in many mezcals. It’s made in a similar way, however.

The agaves, often harvested from the wild, are roasted in an underground pit. They are then crushed — traditionally this was, and in some cases still is, done with a donkey powered stone wheel called a tahona or by men wielding wooden mallets. The fibers are wild fermented in nature by ambient yeast before the lightly alcoholic liquid is distilled twice and bottled. 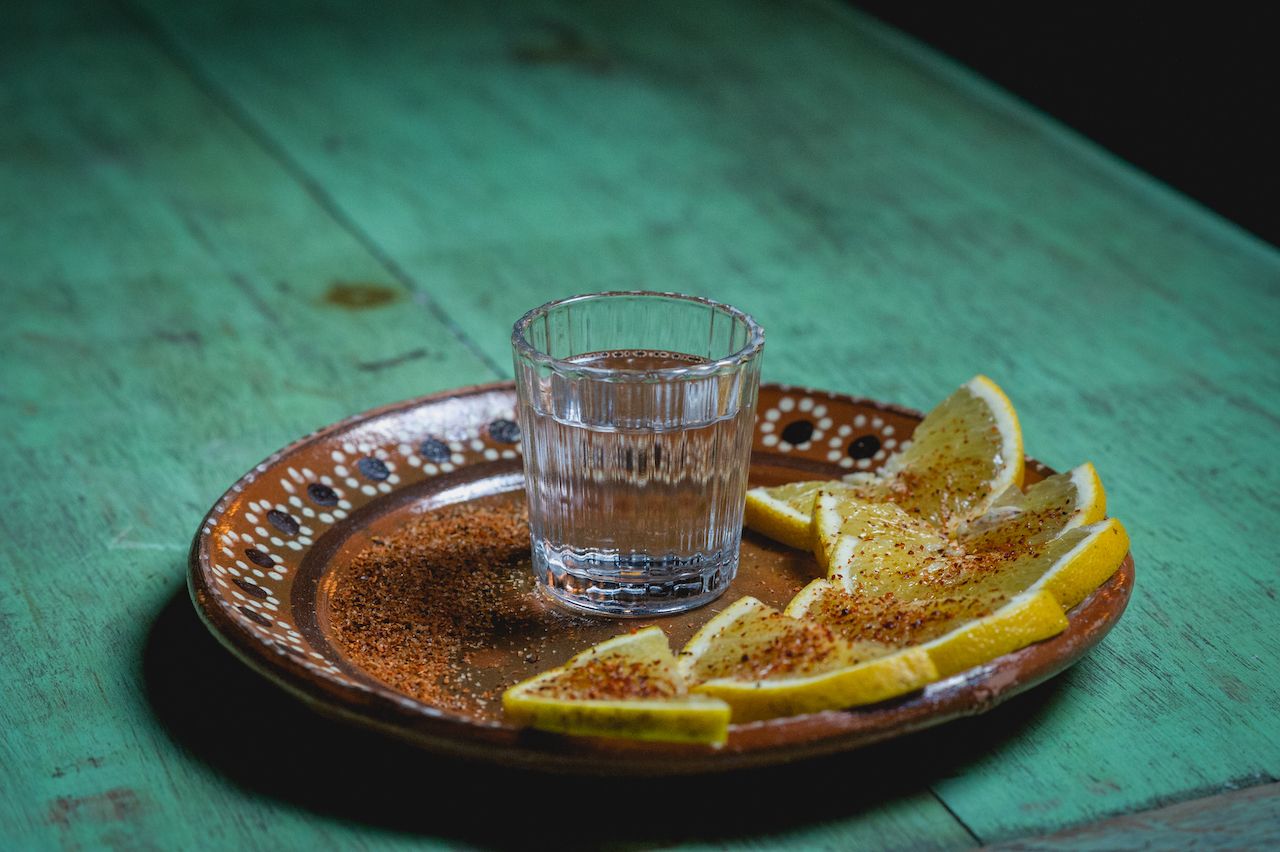 Mezcal is both a specific type of liquor and a blanket term for all agave-based distilled alcohol. Tequila, for example, is a type of mezcal and sets itself apart by rules that dictate where it can be made and the type of agave used.

When you ask for mezcal at a bar or see mezcal on a bottle, however, it’s referring to the legally classified spirit versus the more encompassing definition. Mezcal can only be made in nine states (Oaxaca is the most prominent, though great mezcal is also being made in Michoacán, Durango, Puebla, and elsewhere). Dozens of varieties of agave are allowed. Espadin is most common, though wild varieties like tobala and cuishe make distinct tasting mezcals. Some producers blend agave varieties, like Campante, which makes a mezcal using both espadin and barril. Grassy and lightly sweet flavors are common, with some varieties adding citrusy, floral, and even pickley notes.

Whichever agave variety the mezcalero chooses, the pinas (agave hearts) are cooked in an underground pit, which gives many (but not all) mezcals a distinct smoky flavor, and then fermented in the open air.

Bars in the US will often mix mezcal into cocktails, but the most traditional way to is to sip it neat alongside an orange and sal de gusano (salt with dried and ground up worm).

Raicilla (pronounced rye-SEE-ya) is made in the state of Jalisco in central western Mexico. The category is generally split into raicillas made in the coastal style (de la costa) and the mountain style (de la sierra). The former is typically made from the varieties Agave angustifolia and Agave rhodacantha, while the latter typically uses Agave maximiliana baker and Agave inaequidens.

While it’s been made for hundreds of years and has a history of unregulated illegal production, raicilla has recently become more formalized. Mexico granted raicilla Denomination of Origen status in 2019. Under the rules, raicilla can only be made from 100 percent agave in 16 municipalities in Jalisco (including Puerto Vallarta) and one municipality in the state of Nayarit. It’ll be some time before the raicilla market is more formalized, however. Regulations aren’t as clearly defined or monitored as with tequila due to it being such a new category.

Still, there are some things consumers can expect when giving raicilla a go.

More industrial tavernas (raicilla distilleries) use ovens, mechanical roller mills, and stainless steel still. What’s labeled artisanal racialla or ancestral raicilla is made by cooking the agave in underground pits and distilling in pot stills (for ancestral, these are clay and wood pot stills and the agave fibers are included in the first distillation). Regardless of the style of production, raicilla is typically unaged. 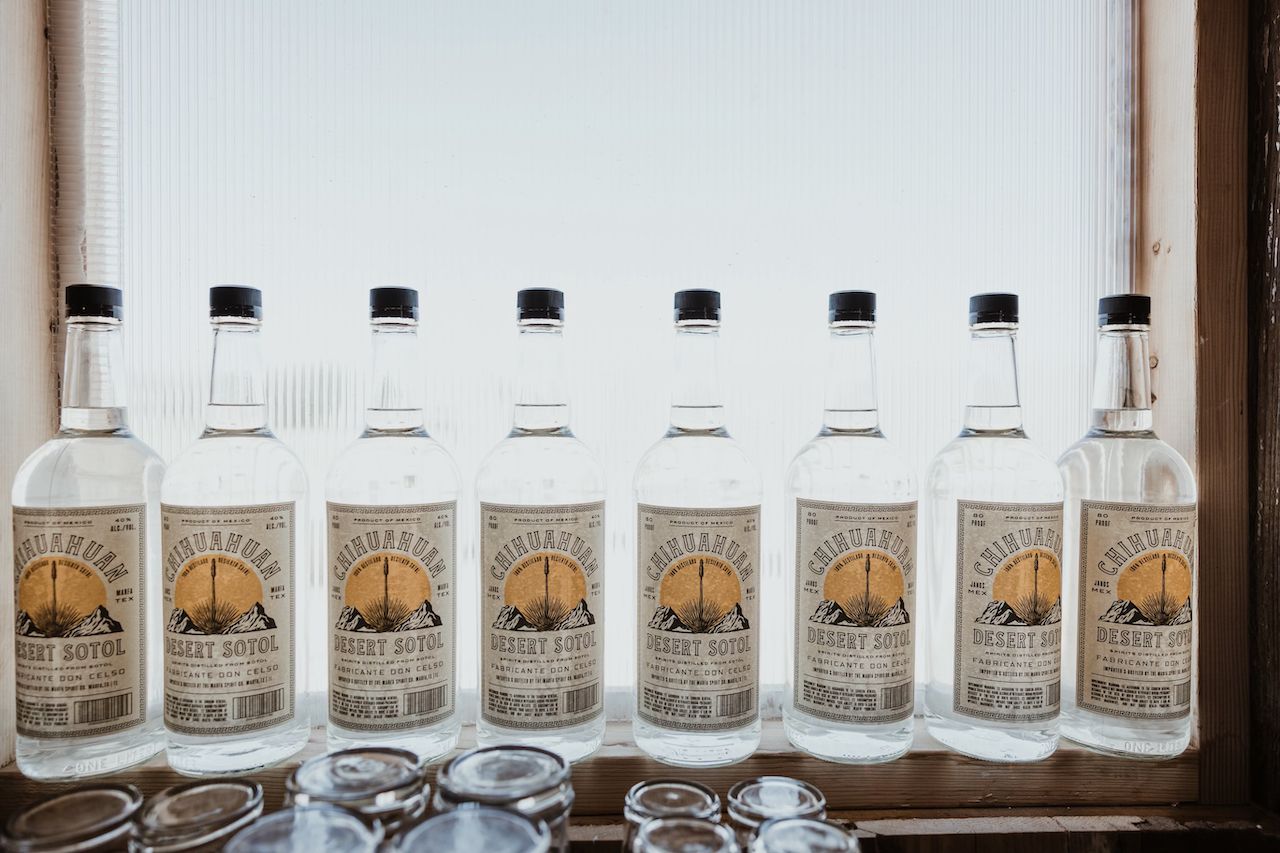 While Mexico’s most famous spirits are made from agave, sotol takes a different approach. It’s made from the sotol plant, which is also called the desert spoon in English.

“Most people think sotol is made from an agave plant and it is not,” says Jacobo Jacquez, sixth generation master sotolero at The Marfa Spirit Co. ”Sotol is the rich cousin of the agave plant. The name is also unique because it is one of the only distilled spirits that is named after what it is made out of.”

It’s highly aromatic and has deep earthy notes. While it can stand out in a cocktail, it can also be enjoyed neat like a fine tequila or mezcal — just don’t expect it to deliver the same sweet agave flavors. If you have a chance to visit where sotol is produced, there’s also the traditional sotolero method of drinking the spirit.

“I like to drink sotol straight out of a bull horn with nothing else added,” Jacquez says. “Sotol master distillers check the ABV by using bull horns and swirling the spirit back and forth. The aromas like to attach themselves to oxygen, and given sotol is less dense than water, from this many ‘pearls’ will form. When the pearl is formed, the master distiller will be able to tell the spirit’s quality and ABV. I like to taste this way because it brings back memories of time spent with the many sotoleros in my family.”