Whiskey runs on corn. It’s the defining ingredient in bourbon in the United States and often rounds out rye whiskeys in the US and Canada. The most popular Irish whiskeys, including Jameson, use corn, as do many Scotch whisky blends. Yet in the birthplace of corn, Mexico, corn whiskeys have typically been somewhat of an afterthought. A distillery in Jilotepec de Abasolo, Mexico, is working to change that with ancestral corn and traditional techniques.

Abasolo Whisky is made with 100-percent cacahuazintle corn. The corn is nixtamalized, a 4,000-year-old process also used to prepare corn for tortillas and tamales, and roasted before fermentation. All of this is done with one goal: to showcase “how extraordinary these flavors from Mexico are,” says Ivan Saldana, the co-founder and master distiller of the Mexican spirits company Casa Lumbre.

Prior to Abasolo, Saldana and Casa Lumbre released Montelobos mezcal and Ancho Reyes, a chile liqueur. The company mission is to honor the ingredients of Mexico, and corn was an obvious next choice after working with agave and chiles. After experimenting with different heritage varieties and spirit styles, the company decided to make a whiskey unlike any other in the world.

And it all centers around the corn. 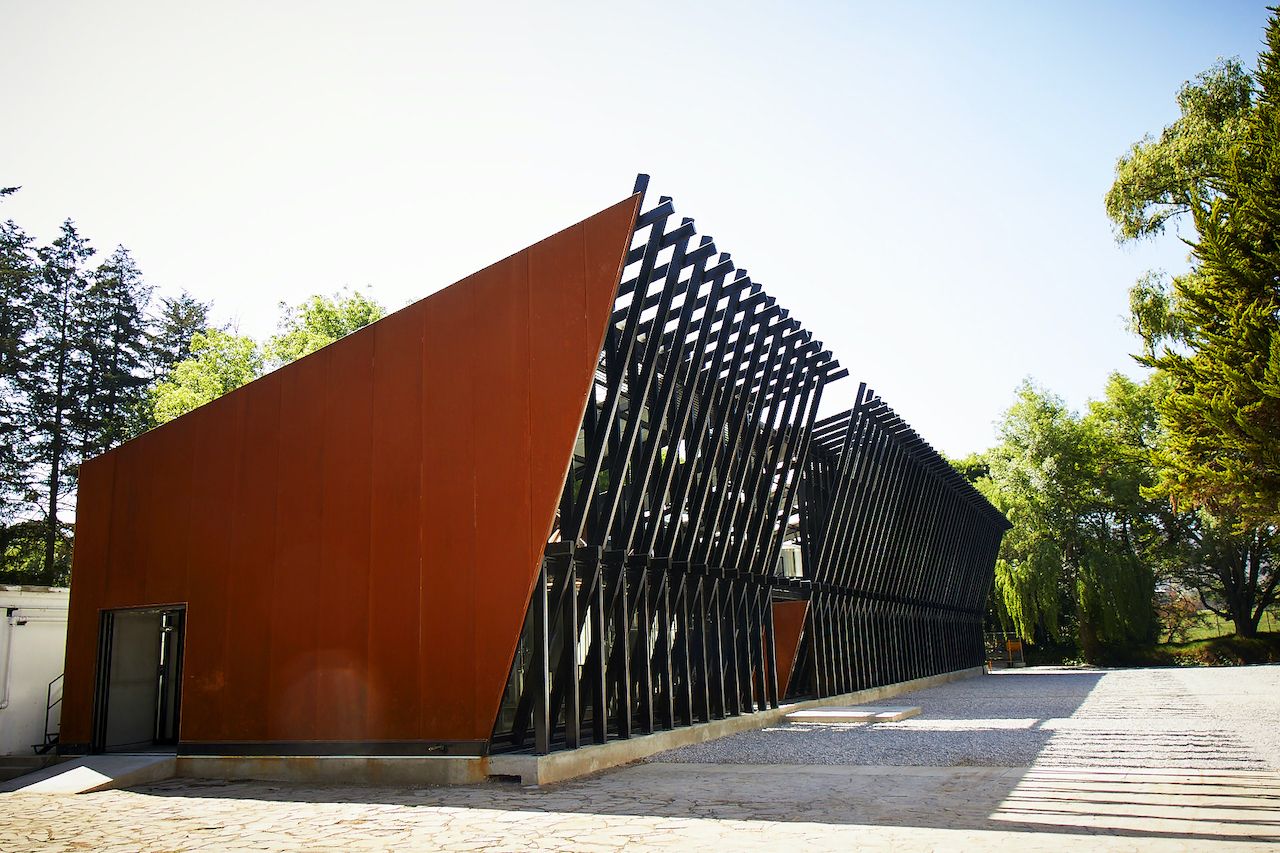 Mexico has, by some estimates, nearly 60 varieties of corn. Many rely on regional high altitude conditions, and some are only kept alive by small local farmers. After experimenting with numerous types, Saldana landed on cacahuazintle. It’s the same corn used for pozole, the beloved hominy soup eaten across Mexico.

The cacahuazintle used for Abasolo is grown around 30 miles from the distillery near the base of a volcano some 7,000 feet above sea level. The corn is grown for flavor — which is in stark contrast to the commercial yellow corn that dominates the US market that’s designed to be a disease-resistant, high-yield crop.

“For ancestral corn, one of the most, if not the most, important factors for the human selection of the corn has been flavor,” Saldana says. “This corn has beauty. No GMO, no height restrictions. Just generations of families choosing the corn because it’s the one they like most and it grows well.”

There are others working with heritage Mexican corns, like Sierra Norte, which uses Oaxacan varieties. Sierra Norte also blends in malted barley.

Saldana wanted to do something different by using solely corn — something that’s not typically done even with bourbon, the whiskey most associated with corn. To create a well-rounded spirit, Saldana found inspiration from historic practices that people in Central and South America have long relied on. The result of mixing the three corn treatment styles is a complex whiskey that embodies the taste of Mexico.

Nixtamalization, roasting, and a different type of malt

Nixtamalization is the process of cooking corn kernels in an alkaline environment. After the cooking process is complete, the corn is ground into masa to make foods like tortillas and tamales. Nixtamalization improves the nutritional benefits people can obtain from corn, and it’s believed to have been crucial to the early development of Mesoamerican cultures.

The nutritional value is everything for food products but means nothing when it’s distilled. The impact nixtamalization has on flavor, however, matters greatly for Saldana and his team.

“We thought, if we’re going to do a whiskey, we must bring something truly unique,” Saldana says. “Well, we nixtamalize corn in Mexico, and the idea came to start exploring, and we were impressed.” Crucially, he adds, “it brings a lot of the flavors that those, like me, who have corn in my history and life as a Mexican, [know].” 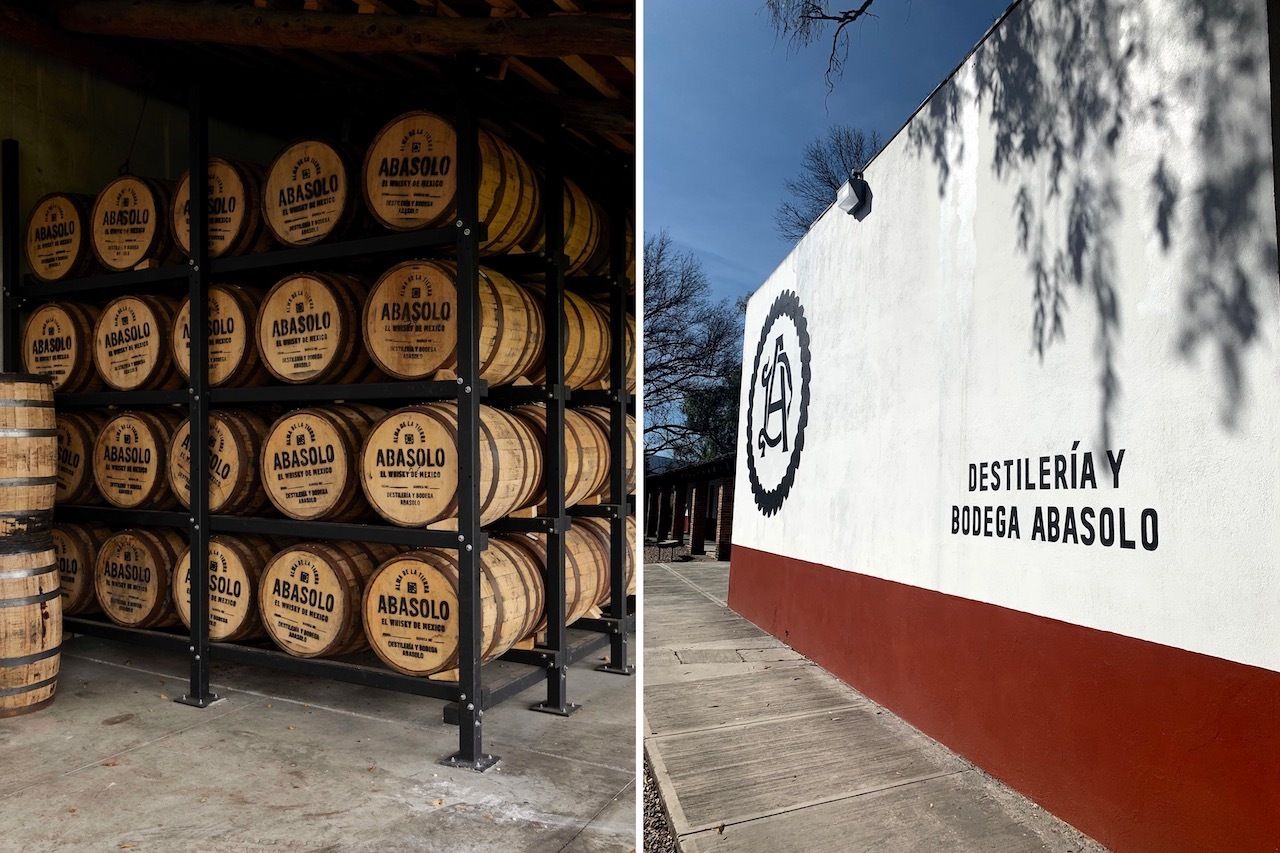 Saldana also looked to the northern Mexico states of Chihuahua and Sinaloa, where he says corn was historically roasted before being milled. To add the flavor of toasted grains, Abasolo roasts the nixtamalized corn in an adapted coffee roaster in the distillery.

For the final technique, Saldana had to look farther south to Peru. Whiskeys around the world typically rely on malted barley or malted wheat to aid in fermentation, regardless of what the main ingredient of the whiskey is. The grain is germinated until it sprouts and then heated to stop growth. This process releases enzymes and breaks down some of the starches to get the grains fermenting.

A Peruvian corn beer called jora does this malting process with corn. Saldana saw this and, to keep Abasolo 100-percent cacahuazintle, incorporated it into his practices. 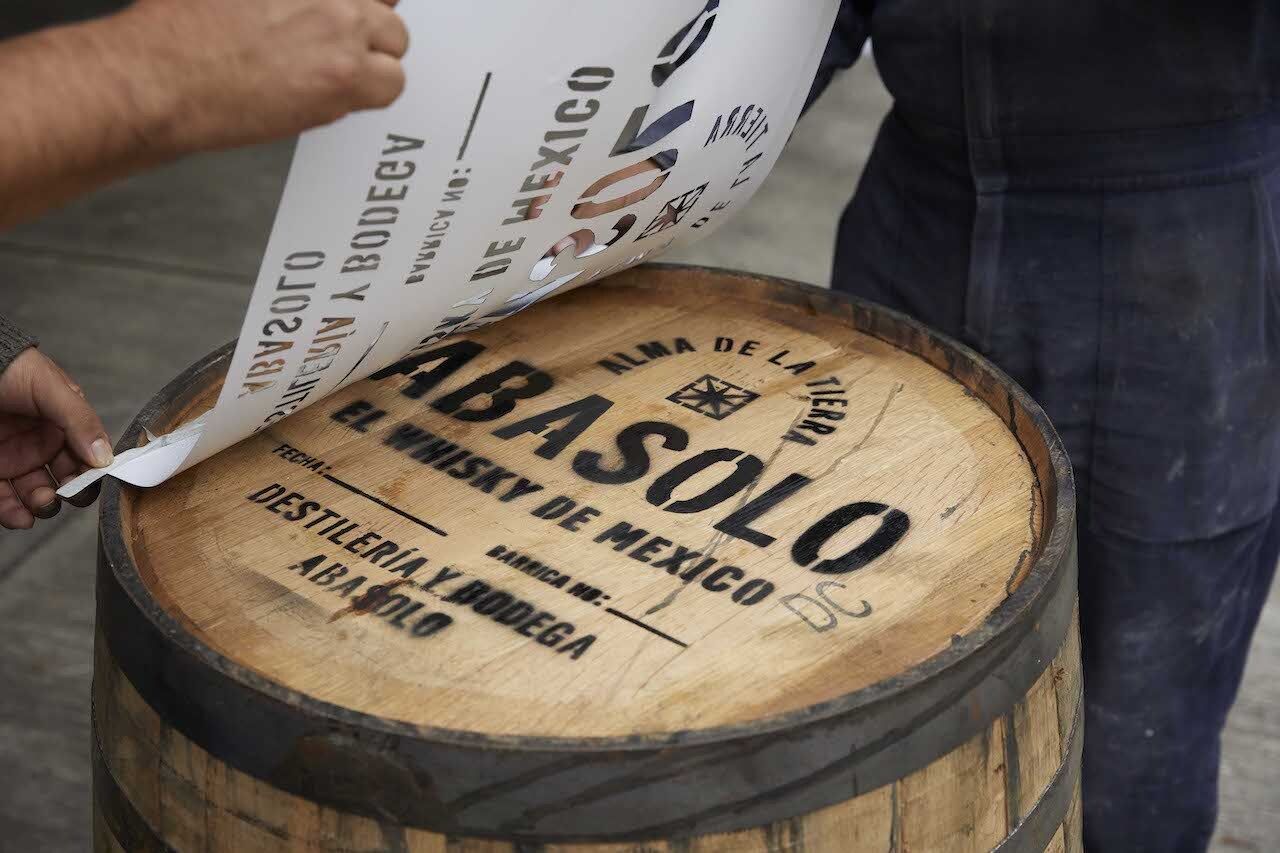 Whiskey producers have depended on corn for centuries. While Mexico gets more (and deserved) attention for its agave spirits, corn is crucial to the food culture of the country. Abasol pays its respects by making heritage corn the front, center, and spine of the spirit. It’s aged in used bourbon barrels for two years, mellowing the whiskey without hiding it behind the flavors from the wood.

The result is a whiskey that’s extremely light in color. It’s easy to sip neat and has a slightly toasted creamed corn flavor that’s not too sweet, while tea-like herbal notes and slight vanilla balance it out. It is, in short, a showcase of the extraordinary flavors from Mexico.