Around 2015, Salvador Picazo Chavez came across a story that mentioned mezcal was a quickly growing spirit category. It could have been from a number of sources — everywhere from food-centric places like Eater and Food & Wine to general interest magazines like Vogue and Forbes was trying to explain mezcal to their audience that year — but one thing stood out.

“It was a corny headline and a corny story,” Chavez says, “but what hit me is that they mentioned Oaxaca as the only place to get mezcal.”

Chavez grew up taking trips from his home in Sonoma County in northern California to the Mexican state of Michoacán to visit family. He knows that Oaxaca is indeed famous for its mezcal (it’s estimated that more than 90 percent of mezcal imported to the United States comes from Oaxaca) but also that there are other regions producing quality mezcal. For Chavez, the most stand out among them is Michoacán, the region where his parents are from.

In 2016, Chavez launched La Luna to highlight the flavors of Michoacán mezcal. A dual citizen, Chavez works hand in hand with family producers for the La Luna line of mezcals — including on a Cotija, Mexico, distillery on the same property where Chavez’s father was raised. Through La Luna, he’s showing mezcal lovers in the US that there’s more to try than the many best selling brands out of Oaxaca.

Mezcal, like tequila and Champagne and many other wines and spirits, is regulated by production laws. Mezcal is made in nine states in Mexico from around 40 different varieties of the agave plant (also known as the maguey). The most common varieties seen in the US are made with espadin agave from Oaxaca.

Mezcal has been made in Mexico for centuries. It’s historically been less of a commercial product than the most famous agave spirit, tequila, and more widespread than other agave spirits like sotol and raicilla. Yet over the past decade, in trendy cocktail bars and high-end liquor stores around the world, mezcal has become the agave spirit to know.

“If you’re in a bar, no matter if you are in London, Chicago, LA — mezcal is the best ambassador [for Mexican spirits],” Xaime Niembro, the cofounder of the Oaxacan mezcal brand Gracias a Dios, says. “For a lot of people, the first thing to know about Oaxaca is mezcal, so it’s a great ambassador.” 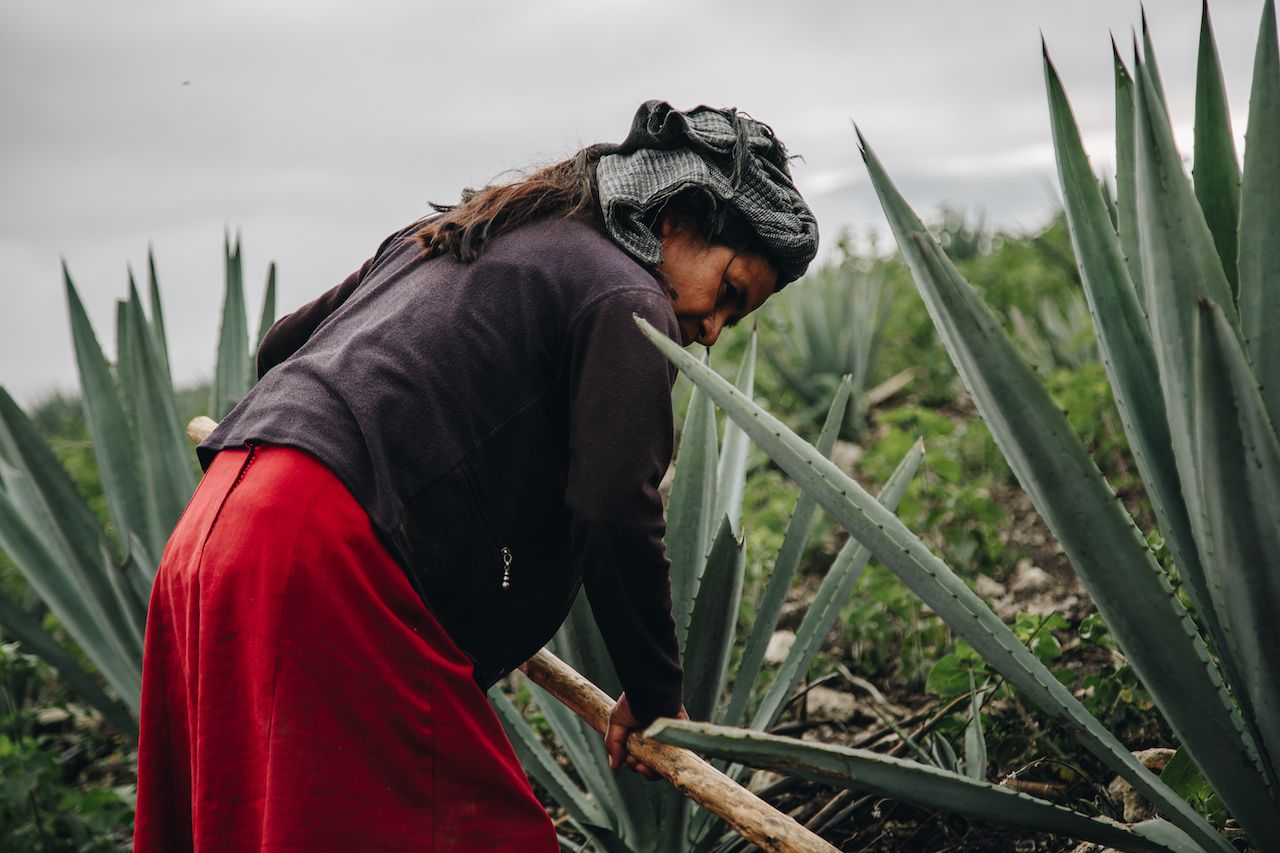 Niembro has seen firsthand how the mezcal boom has helped people economically. The state of Oaxaca has widely benefited from the renown of its food and drinks. Before the coronavirus pandemic slowed, and then halted, travel, gastronomic trips to Oaxaca for everything from mole to mezcal bolstered the local economy. In Matatlan, where Gracias a Dios is based, Niembro says the vast majority of the population relies on mezcal, from the producers to the bottlers to the people who serve food to the workers. If you’ve sipped a mezcal in the past five years, it was almost surely from Oaxaca.

So it’s hard to imagine another region overtaking Oaxaca in terms of the amount of mezcal produced and the degree of international recognition it has received. Yet the success is proof that there’s enough demand for more than one mezcal region to thrive.

“Our history of mezcal production here is deep and rich, yet a lot of people overlook it,” Chavez says. “There’s not the allure of Oaxaca [in Michoacán], and Oaxaca is the center of mezcal for the world — I understand that. But Michoacán is strong.”

Michoacán is around four hours west of Mexico City, and the edge of the state touches the Pacific. The region is a verdant farmland, farmers grow more avocados in Michoacán than anywhere else in the world, along with fruit, sugarcane, and, of course, agave.

Mezcal making in Michoacán dates back at least 400 years, though there’s some evidence of pre-Hispanic distillation that could make agave spirits even older. Distillation techniques, including the style of wooden still used at La Luna’s distilleries, came from Filipinos taken to Mexico by the Spanish.

“At La Luna, we use the pine stills because the region’s producers know it, and that’s what is traditional,” Chavez says. “It pays homage to the state.” 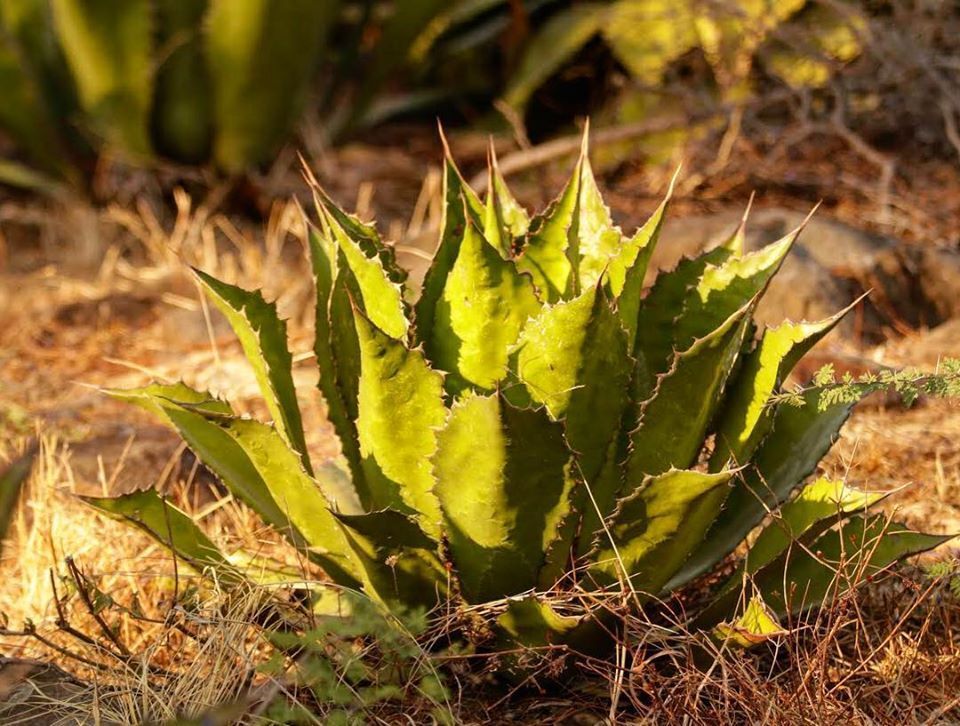 Today, the most important varieties of agave in Michoacán are the cupreata, inaequidens, cenizo, and tequilana (also known as blue weber, which is the only agave allowed to be used for tequila). La Luna makes five main expressions with these agave species.

There’s the Cupreata, an affordable option made for sipping that can be used in cocktails, as well, and the Chino Silvestre, which is made with wild cupreata agave. La Luna’s Manso Sahuayo is made with cenizo and has a slight cheesy savoriness to it as well as mint and fresh fruit. Bruto is a big, high-end sipping mezcal made from inaequidens and fermented with help from pulque made by the same agave plant. Finally, there’s Tequilana, which is made from the same agave species as your favorite tequilas. Tequilana is made in the style of the other mezcals and gives some insight into what tequila tasted like before the spirit became a mass-produced commodity.

All of the mezcals are made by first roasting the agave in stone-lined earth pits and fermenting them in open-air wooden vats before reaching the pinewood stills. The mezcaleros are part of the Scott and Perez families, both of which have made Michoacán mezcal for generations.

This tradition-first and local-first mentality is part of what makes almost all mezcal special. Yet with the massive international interest over the past decade, some of the mezcal making it to the US has lost that connection. That’s why Niembro stresses the importance of learning about the people behind a mezcal brand to ensure what you’re drinking supports the local producers and continues centuries-old mezcal-making traditions.

“In my opinion,” Niembro says, “Michoacán is one of the best after Oaxaca. And the reason is because they have never lost the tradition of doing it themselves.”