Saigon is Southeast Asia’s New York City – except with plenty of jobs and cheap rent.

Despite how daunting it might be to pick up and move to a new country, especially one with the loaded history of Vietnam, Ho Chi Minh City can be a surprisingly manageable place to live.

One obvious reason to choose Southeast Asia, and Saigon in particular, is that the region offers incredible value. 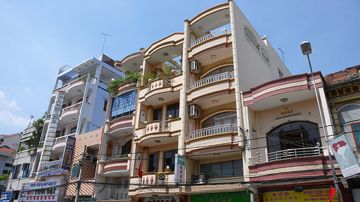 Rent, food, beer, and transportation are easily covered by an English teacher’s salary.

Even in ‘slow’ months, (like May, when school ends and summer sessions are just picking up) working 20 hours a week provides a sufficient living wage.

That’s 50% of your typical workload at a job that’s at least twice as fun as working for the man back home.

So really, the only question is: what should you do with all the free time?

Fortunately, Ho Chi Minh City is anything but boring. Whiz around the bright streets on a motorbike, check out museums and parks, admire colonial architecture, or browse one of the many overwhelmingly markets.

The city has tons of chill bars, quality restaurants and hip nightclubs to check out, with a niche for every possible taste (you can find ideas in Word HCMC magazine).

As my own father put it:

“When I was your age, I was doing everything I could NOT to go to Vietnam.”

However, these days HCMC is a thoroughly friendly, modern place that is probably safer than your hometown. 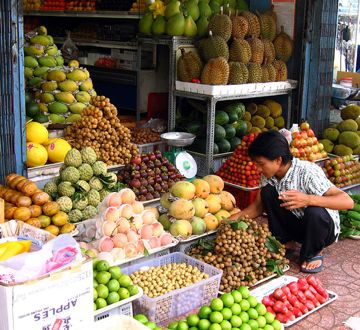 Guns are illegal and crime is relatively rare and petty.

But never fear, since the government began enforcing a mandatory helmet law (passed in 2008), the streets are significantly safer.

Another way to comfort parents, or yourself, is to volunteer or complete an English teaching certificate course in the city before looking for work.

These options provide a structure for the first weeks here and can help you get settled.

Once settled, you’ll probably need to get a job.

Teaching English is by far the most available and popular employment for young expats in HCMC.

Going through a TEFL or TESOL certification program (as I did) is a more expensive route, but provides a structure and instant network of support.

For example, check out the organizations LanguageCorps or ILA.

Teaching jobs are plentiful and higher paid than in surrounding countries.

Not a teacher? Hate teaching? 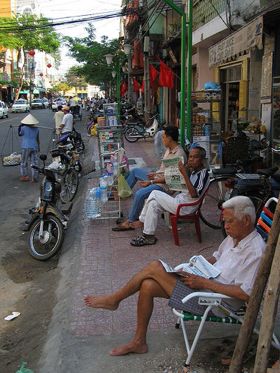 It is possible to find other types of jobs in HCMC, but you must be relatively motivated and it helps to have a working knowledge of Vietnamese.

Since HCMC is the economic hub of the country, many people find work in international banks or marketing firms.

I have friends, many of whom were originally English teachers, who now work in banks, television production companies, law firms and even MBA graduate programs and internships.

If you’ve already got a bankroll, there are many volunteer opportunities that can be very worthwhile, such as helping in orphanages, working with Habitat for Humanity, or teaching English and business skills to under-served groups (check out Sozo Café on Bui Vien Street).

Note that almost all international NGOs are based out of the post-war northern capital, Ha Noi, and so these types of jobs are less available in the south.

Finding a home, making friends, and creating a life:

Saigon real estate has gotten increasingly pricey in the past year, but the city can still be considered a major bargain when compared with comparable cities in the states.

District One and District Three are usually more expensive, but there is plenty of expat turnover so rooms in houses and apartments are often available (sometimes with cool roommates!).

Outside of downtown but still convenient are District Ten, Binh Thanh District and Phu Nhuan.

These districts are significantly less expensive than popular ex pat spots, with the added charm of being local neighborhoods that are still just a quick motorbike ride to downtown.

Apartments, classifieds, expat advice and forums can be found online via Facebook or on the website Living In Vietnam.

While teaching is a great way to make friends with both locals and foreigners, networking and becoming involved in extracurricular activities such as yoga or basketball is as simple as finding the motivation to try something new.

There’s also an active group of Couchsurfers in Saigon. 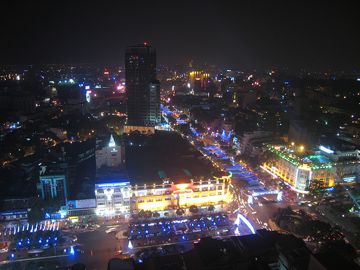 According to the resulting article, while going to grad school might be the best option for recent college grads struggling to get a job, another option to consider during the recession is to travel and work abroad.

Living and working in Ho Chi Minh City this past year has allowed me to pay rent, travel, and live comfortably within my own means… and isn’t that just music to every recent college grad’s ears?

Saigon makes our list of the 5 Best Cities To Live In If The Economy Keeps Tanking.

Matador blogger Jules Atkins, one of the best backpacking writers on the planet, wrote about motorcycle madness in Saigon during her trip around Southeast Asia.

Before you go to Saigon, be sure to check out the comprehensive and accurate Saigon city guide at Travelfish.

Matt Gross, who is pretty much the only reason to read the New York Times travel section, recently published a terrific article about boutique comfort in Saigon, a city he knows better than most ex pats.

Saigon, Ho Chi Minh City, HCMC, Than Po – what to call the place?

Well, most locals say Saigon, though officials from Northern Vietnam sure the heck don’t.

HCMC is an easy way to write the official post-war full name – Ho Chi Minh City. Calling the city Than Po is like saying, “The City” – which probably explains the popularity of the phrase among ex pat New Yorkers.

Guaranteed, we’ll get comments on this article from people pissed off about what we call the place. To them we say – call it whatever you want, it’s still a great city.