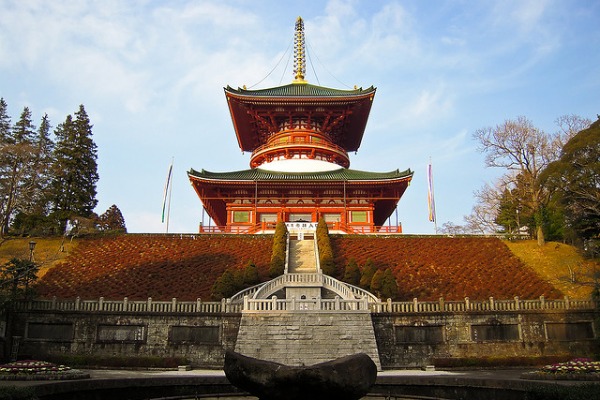 “Don’t go to Futenma,” Misako warns. “The goddess there is very jealous.You might have relationship problems this year.”

I’M AN AMERICAN living in Okinawa, and my friend Misako is giving advice. It’s New Year’s Eve, and everyone at the party we’re at is talking about where they’re going for hatsumode, the first shrine visit of the year. All over Japan, people flock to shrines to honor Shinto deities and make wishes.

“Naritasan is better, ” she says and offers me a bowl of toshikoshi soba.

Toshikoshi in Japanese means “to see the old year out,” so it’s customary to eat the long thin soba noodles on December 31st.

Unlike in the US where I typically let loose on New Year’s Eve at a bar and then sleep the whole next day, this year I’m celebrating Japanese style. That means I spent the whole week preparing emotionally, financially, and even gastronomically. According to custom, I furiously cleaned my house to eliminate the evil spirits. I paid bills and settled debts in order to have a clean money slate. I even stocked up on mochi, rice cakes, and noodles. 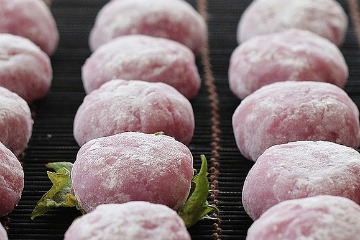 Most importantly, I let go of my idea of January 1st as a day of recovery. Instead, New Year’s Day in Japan is a time for socializing with family, saying prayers, and being mindful of the goodness you want to bring in your life. It’s certainly not a day to be spent curled up in a ball on the couch.

At midnight, Misako turns on the TV. Many Japanese visit a shrine on New Year’s Eve to watch the ceremonial ringing of a giant bell 108 times, meant to free us of sins committed over the last year. We’re all too lazy to leave the party, so we watch it from her living room and then hear firecrackers go off outside. We spend the rest of the night playing Jenga and drinking awamori, the local rice wine.

The next morning, groggy but determined, I seek out Naritasan. It’s a one-stop shrine serving a grab bag of spiritual needs. Whether it’s a higher-paying job or a baby I desire, Misako assures me deities there will be receptive.

Perched on the side of a mountain, Naritasan Shrine faces the Pacific Ocean. It’s a beautiful fresh day and I forget all about my hangover headache.

Entering the grounds, I feel like I’m at a county fair. Colorful booths are selling fried noodles and yakitori, but there are corn dogs and funnel cakes too. The atmosphere is festive and people everywhere, including toddlers, are decked out in kimono and traditional dress. What’s more, unless my eyes deceive me, I even spy Mexican wrestling masks for sale.

As I walk up the steps to the main hall, a news crew approaches and asks, “Nihongo daijobu desu ka?”

They want to know if I speak Japanese so they can do an interview.

I’ve been taking classes for several months, and I agree confidently. But when the camera shines on me and the reporter sticks a microphone in my face, I freeze.

“What is your hope for the new year?” the reporter asks switching to English.

Like an awkward pageant contestant, I stammer, “Um, I want happiness and good health for all.” 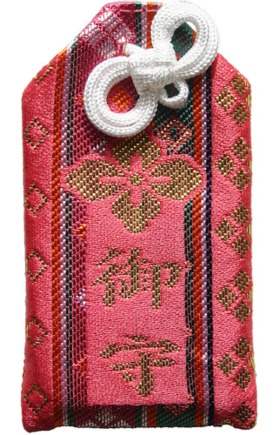 I wait in a long line of people purifying themselves before facing the deities. They stand in front of a fountain and wash their hands methodically and rinse out their mouths. I do the same and then make my round through the main hall.

Afterwards, I push through the busy crowd to a shop selling o-mamori, or good luck charms. They are especially helpful if you need to pass an important exam or want to find love. People can visit a shrine any time of year to purchase one, but Misako assured me that New Year’s Day is best as there is an especially well-stocked selection.

I decide to pass on the charm and settle on an omikuji, or written fortune instead. I drop a 100-yen coin into the wooden box and select an English one. When I open the paper, I find personalized advice in 12 categories including MISSING THING, GAME AND MATCH, CHILDBIRTH, and MARRIAGE PROPOSAL among others.

While I am pleased with the CHILDBIRTH and ILLNESS categories (patience advised for both) and REMOVAL (be in no hurry), I feel a little uneasy with some of the others. Like for example, EXPECTED VISITOR, which vaguely warns me that something will be wrong with him or her. Then there’s GAME AND MATCH, which tells me I will triumph but will feel guilty about it. And finally, MARRIAGE PROPOSAL advises me to seek out a secret arranged marriage.

Overall, though, I can’t complain about my general prognosis for the year. Unlike others who may receive a prediction such as CURSED, POOR, or even just GOOD, I’ve received a VERY GOOD.

Walking back towards the entrance, I pass fences and trees decorated with other people’s discarded fortunes. In Japan, if you don’t like your fate, you can simply tie the slip of paper onto a branch and walk away.

Exiting the shrine, I stop at a food booth and buy a cup of warm sweet sake. Then I make my way down the steps and back home for a nap on the couch.

Shinugu Matsuri: The Festival That Could Change the World