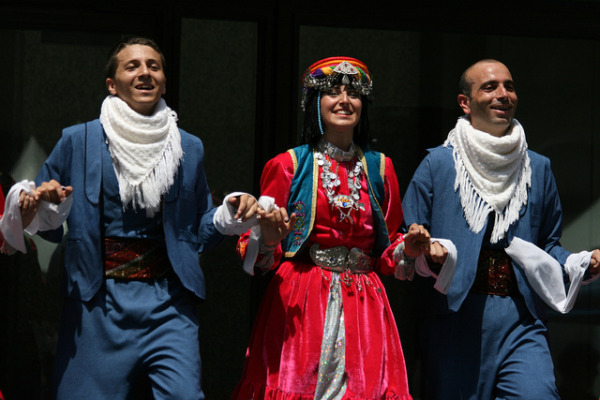 Sometimes we don’t realize how much we value our notion of personal space until we live abroad.

Before travel, I never realized how little I like to be touched.

Sure, hugs are fine. I don’t even mind a cramped car ride or overstuffed elevator. I thought that in terms of physical contact, my comfort zone was average.

Last year, I learned my limit.

In Turkey, even in the thick heat of an Istanbul summer, my ESL students would greet each other with earnest hugs and kisses. I do the same, if I haven’t seen a person for a while, but this was an everyday event, the Turkish equivalent of my North American eye-contact-and-nod greeting. Here, bodies were always getting close. I didn’t like it one bit, especially in the summertime of bare skin and perpetual sweat.

You could sniff in an instant your friends’ last cigarette or kebab lunch. Definitely not the stuff of a good student-teacher relationship, in my books.

It wasn’t just the sweat factor, of course. It was the kissing too. All that kissing! One cheek and then the other, the two faces weaving dangerously close, the noses almost touching. You could study your friends’ pores if you wanted to. You could sniff in an instant your friends’ last cigarette or kebab lunch. Definitely not the stuff of a good student-teacher relationship, in my books.

Some students would embrace me as they would any teacher. I know they could sense my body stiffening as my head whipped around, trying to get it over with. I wanted to return this amiable gesture somehow. I would try to offer closeness the ol’ Canadian way; cracking jokes, asking questions, giving compliments. The more I opened up verbally, the more daily embraces came my way.

How do you greet people in Canada? They asked. I demonstrated a wave, a nod, a handshake, knowing full well that it seemed comparatively frosty. The conversation that ensued sounded like a teenage boy trying to goad his girlfriend to first base. So, what about kissing? Not even a little? But it’s nice to kiss someone, it shows love. Have you tried it? You should try it. You might like it.

I knew my resistance was more personal than cultural. Though we aren’t a huggy bunch in Canada, I knew many North Americans who could adapt to this Turkish custom. I would see expat friends on the street and in cafes, greeting their friends with smacking kisses. It was a small adaptation for me to make, but it just wouldn’t sit right.

I would talk about it with other teachers after class, rattling off excuses.

“It blurs the teacher/student divide, I can’t grade the exam of someone I hug daily!”

“How about a compromise? I’ll only do it with females, and they have to be over a certain age or it feels weird. Eighteen? Nineteen?”

I sounded obsessive, fixating on this tiny cultural difference, this hiccup in what was otherwise a fine, friendly relationship with a lovely group of people. 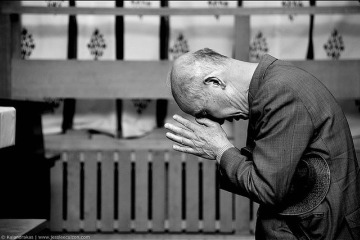 I tried to make a lesson out of it, a teaching point coming out of cultural difference. We read articles on personal space, we talked about physical contact in different cultures: the handshake, the bow, the hug, different forms of the same sentiment. The class took to the information with interest, but in my case, it all felt like excuses.

“But in Japan, they just bow!” I’d say, textbook in hand like a flimsy white flag. I was desperately justifying my stiff hug while a kind Turkish student stood before me, looking confused. Their past English teachers had done it. Their foreign friends did it.

But why? Why don’t Canadians like to touch? I could see them turning the logic over and over in their minds, trying to decipher this stubborn fact. It’s cold there, you should be touching more than us, keeping warm!

“We don’t dislike it, we just don’t do it so often.” To my students, this was the epitome of frigidity. To them, constant physical contact was as natural as breathing. One day, a quiet businessman in the class piped up. “No wonder Canada has a small population,” he said, “you can’t make babies if you don’t touch your wife!”

And that, thankfully, was when tension gave way. My anti-embracing became another class joke, the way Emre was always late, or Bashak’s nose was always buried in her Turkish-English dictionary. Each day, someone would jokingly lean, and I would play up my part with rigid shoulders and bulgling eyes. It paved the way to more discussions about Canada, Turkey, and their differences.

Months after the class ended, I ran into some of my former students at a cafe. There, hugs were exchanged, and each one was sincere.

Have you ever realized the differences in personal space or greetings while traveling or living abroad? Share your experiences in the comment section.

Tagged
Culture Canada Turkey
What did you think of this story?
Meh
Good
Awesome

On your next trip to Turkey, get out of Istanbul and head to Izmir

Everything you need to know before your first Turkish bath experience

Turkey has the best breakfast in the world, and it’s not even close

Istanbul’s new airport will be the size of Manhattan

Everything you need to do in Istanbul’s underrated Asian side

How to explore Istanbul’s hippest, most creative neighborhoods