For someone allergic to seafood, milk, or eggs, eating vegan seems like a fail-safe option. However, in Japan, pure veganism is not that common (unless you’re a monk), and your words will be comprehended by the populous as that you just don’t eat beef. Foodstaff may still serve you food that contains seafood products and animal by-products, unaware of your medical needs. Don’t blindly rely on these terms to keep yourself safe. 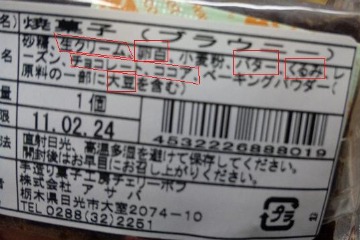 Brownie: This would actually kill me: fresh cream, egg whites,
butter, and walnuts! What a nightmare! It also may contain
traces of soy.

If you’re traveling to Japan, I’ve got your cheat sheet. Half of this list should also work for China and Taiwan, as they share similar ideographs called kanji and known as hanzi in China.

Although it would helpful if you can read hiragana and katakana (two finite Japanese lexicons), you don’t actually need to be able to read any Japanese for use the guide. Instead, think of the words as pictures and match them to labels. Photographs are included to help you practice.

Check out 10 Essential Tips for Studying Japanese if you want to get a solid grasp on the basics of hiragana and katakana by studying during your flight.

Note on pronunciation and grammar: If you’re traveling Japan, it will be highly beneficial to have a pronunciation guide in a phrasebook or dictionary. Most letters in Japanese are pronounced one way.

One of the more important things to remember when speaking Japanese is that double vowels are held for two counts. For example, chiizu (three syllables) is “cheese”, but chizu (two syllables) is “map”. The double vowel “oo” is often romanized as “ou”, so my examples will be written in such a fashion. It is not “oo” as in “cool”. The second important thing to know is that Japanese does not have plurals. If you say tamago, it means both “egg” and “eggs”.

The blank spaces are for your allergens.

Note 1: “to” indicates a finite amount; “ya” indicates a continuing list.
Note 2: You can actually drop the “watashi wa” to sound more natural. Japanese does not require pronouns for complete sentences.

(Please) use the Epi-pen!
Epi-pen wo tsukutte (kudasai)!
Epi-pen を作って(下さい)!

If you can’t catch the Japanese, listen for an “iie”, “nai”, or “imasen” to indicate a negative statement, and a “hai” or a “masu” to indicate a positive.

何のアレルギーがありますか？ / Nan no arerugii ga arimasu ka? / What are your allergies?

Note: You can answer all of these questions with the following confirmation はい、そうです。Hai, sou desu.

Note: “Kawaii” means “cute” and “kowai” means “scary”, so pronunciation is really key here. Answer this looking embarrassed, fanning your hand side to side (not up and down) in front of your mouth in a dismissive manner, while stating: そうではありません … Sou de wa arimasen… It’s not like that…

入っていると思います。/ Haitteiru to omoimasu. / I think it has [ingredient] in it.

そうではないと思います。。。/ Sou dewanai to omoimasu… / I don’t think it does….

入っていないと思います。/ Haitteinai to omoimasu. / I don’t think it has [ingredient] in it.

Common Allergens and How to Identify Them 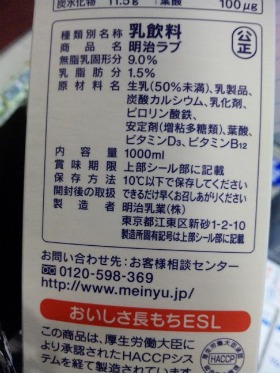 Milk beverage: How many times can you count
the kanji for milk, 乳? If you said four, you’re
correct.

Milk shows up in many of the same places that it does in Western cuisine, such as bread and desserts. In Japan, it also shows up in things like bottled tea and in mysterious products like “peanut cream”. A list of Japanese dairy products on their Japanese Wikipedia page here. The kanji for milk, 乳, by itself is read as “chichi”, however, it’s recommended to avoid using that because it’s slang for “breasts”. Usually, you’ll see it paired with other kanji like in the below examples:

Note: Some emulsifiers do not have milk in them, but this is just how it’s written. Nyuukazai shows up in onigiri/musubi (riceballs) sometimes, but I have eaten them without getting sick. Eat at your own risk.

Note: Do not confuse with this with margarine, which is マーガリン / margarin. I have seen margarine with milk in it, so again, eat at your own risk. This is how you’d write margarine with a 100% canola oil in it: コーン油100％のマーガリン / counyu hyaku pasento no ma-garin.

Yogurt and probiotic drinks are as popular in Japan as it is in Western countries. You’ve probably even seen a Japanese yogurt called Yakult in your grocery store. You can buy it as-is, in drinks, in candy, or health products containing acidophilus bacteria.

Eggs and omelets are ubiquitous in Japan. It’s usually easy to identify due to its neon-yellow color, an ideal hue for a warning sign. As in Western cuisine, eggs can be found in bread, pastries, and breaded/battered products as a binding agent. Tempura (batter-fried foods) almost always contain egg. I was once informed that the proper way to make tempura is without egg, but egg greatly simplifies the frying process so there it lurks. 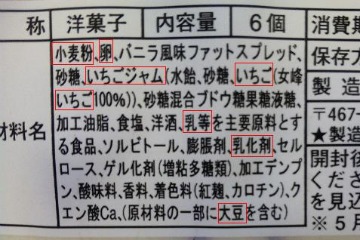 Bread with strawberry jam (a dessert item): This is an allergy
bomb, a perfect specimen for practice. The list starts off with
wheat flour, egg, and then proceeds to delve into
strawberry jam and the ingredients within it. You can spot the
“milk” kanji there, and the kanji next to it essentially means
that other dairy ingredients could be present.

Soybeans are common in Asian cuisine, and they pop up in many different forms. 豆 / mame is the kanji for beans or legumes, but only means “soy” when combined with that first kanji (大), which means “large”. You may have noticed in the milk section above that soymilk is written without the “大”. This is because soymilk is the only bean “milk” sold. Tofu also falls in the soybean category. Japanese has its own special words for the grades of firmness that aren’t in your dictionaries, so I included them below to save you an hour in the tofu section poking the packaging, trying to gauge the squishiness by touch.

You can’t hide from these either. Peanuts are in fact legumes and do not share most of the scientific classifications with tree nuts. As someone with severe nut allergies myself, I was shocked to discover that chestnuts did not cause an allergic reaction. Chestnuts are popular in the cooler months, especially steamed or roasted. Try cautiously.

If you have a gluten allergy, all hope is not exactly lost in Japan. Yes, most bread, noodles, and pastry products do contain flour. However, rice flour and rice products have a large presence as well. If you are allergic to rice, it will be more difficult to avoid it than a gluten allergy. You also may want to do research on grains used to produce Japanese alcohol. Grains also appear in some teas, such as mugicha and genmaicha. Oats are not common food products in Japan.

If you are allergic to seafood, you will struggle in Japan. There are easily a hundred words for the varieties of fish (think of sushi menus alone!). I’ve only included the basic vocabulary for seafood products, but if you have a severe seafood allergy, please do research before going on culinary adventures in Japan. 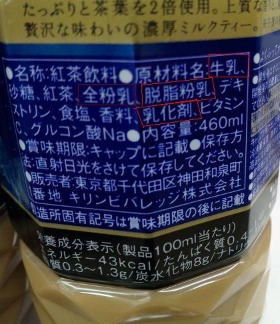 Milk tea. This is an Asian twist on the British
way of enjoying black teas. Young adults love it.

How to Find Additional Vocabulary

1) Go here: alc.co.jp/
2) Type the English word into the box and hit the 英和・和英 button.
3) Copy the Japanese that’s not in parenthesis or brackets.
4) Go here: nihongo.j-talk.com/kanji/
5) Paste your Japanese into the search box and hit your Enter key. The romanized word will appear below the box.

If you want to double-check that you have the correct Japanese, plug it into here and click “Begin Translation.”

For more on life and travel in Japan, check out Matador’s Focus Guide to Japan.

Do you have any tips to share about dealing with food allergies in Japan?

Prev Page
Tagged
Japan
What did you think of this story?
Meh
Good
Awesome

‘Dune’ and 5 more epic movies filmed in Jordan’s Wadi Rum desert
For solo female travelers, camping alone can be unexpectedly freeing
11 of the most spectacular waterfalls to visit in the US this fall
How Indigenous seed savers safeguard agricultural and spiritual tradition
The finalists for the 2020 Comedy Wildlife Photography Awards will put a big smile on your face