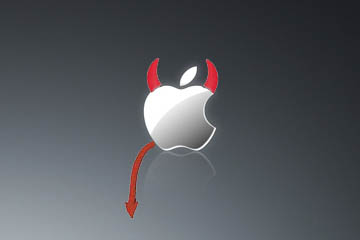 On the eve of the iPad, the latest technological marvel from Apple, consumer demand is hitting a fever pitch.

Shops around the US and soon the rest of the world will be ransacked by shoppers wanting to be the first to have the shiniest toy on the block… for a time. We’re meant to believe the iPad will “change the world,” or at least significantly alter how we consume and share information.

Yet at the same time, just as the iPod changed the way we listen to music, and the 3D TV will change how we watch television, and the Slap Chop changed how we slice tomatoes… the world seems mostly familiar when the dust settles. We’re left with the familiar feeling of buyer’s remorse: the gadget did not make us significantly happier.

It’s a truth we’re familiar with, but refuse to let sink in. Instead, with every new product launch, we get sucked into the hype and find ourselves back in the checkout line.

Don’t worry: I’ll spare you the familiar critique that “technology is evil.”

Of course it’s useful – it allows us to share, connect, and tell stories with greater ease than ever before. The fact that I can type this from my home office and publish it to an audience around the world is the modern equivalent of magic.

Yet, as Lionel Shriver writes in Standpoint, there is a spiritual cost that is demanded from every gadget:

Each time we buy another gizmo, we’re not only committed to hours of tremblingly assembling its delicate snap-together plastic bits, loading its software and learning its often demanding technical protocols, but we’re prospectively surrendering yet more hours of aggravation when despite our dutiful decoding of mockingly sparse instructions it fails to function properly.

Thus all these dazzling inventions are far more costly than their price tags suggest. Why don’t I have a mobile, much less an iPhone or a BlackBerry? While I can afford the mere economic expense of the accessory, I cannot afford the temporal and emotional expense when it doesn’t work.

Howard, commenting on the article in Utne, agrees, saying:

I am old enough to remember life before television, computers that needed men in white lab coats to monitor the humidity and temperature in the vast rooms that held them and rotary phones with three-digit numbers and an operator to call long distance. In short, I have witnessed the entire electronic communications revolution in “real time.”

I have learned, in the process, that there’s no such thing as “value-free” technology, and the economic value and moral values that are inherent in each innovation have nothing to do with generations or pessimism.

They frame, structure and otherwise contextualize not just what we think, but also how we think. They may also be undetectable to anyone who lives entirely in the electronic age. As a pre-boomer who actually knew (slightly) Marshall McLuhan, I only wish that that people could re-read what he had to say … but, as he predicted, almost no one reads anymore.

On the other hand, Frank, puts the spiritual cost in perspective:

While I share the author’s frustrations we must realize the learning curve is steep whenever you learn something new. We didn’t walk in one day nor did we learn to ride a bicycle in one day. We took a few steps or traveled down the driveway only to fall and get up and start again. Through the process we learn, we grow, we become more confident. Technology is no different.

As a minister I find technology spiritually freeing. I can learn about other cultures and practices that would take hours of research in a library. If I have a thought in Starbucks for my sermon I can note it in my smart phone or pop open my laptop. I find journaling and prayer writing unbelievable freeing using technology. My ideas now flow faster and easier versus the old pad and pen.

Perhaps the truth is that our technology races ahead of our ability to wield it responsibly. We lack the spiritual education to place the technology in its proper context, which would allow us to navigate the line between dependence and true value.

Just as the iPad will be a “gee-whiz” gadget to many people, to others it will become an extension of their ability to affect others and the world around them.

What do you think of the spiritual cost of gadgets? Share your thoughts in the comments!

Tagged
Culture Entertainment
What did you think of this story?
Meh
Good
Awesome