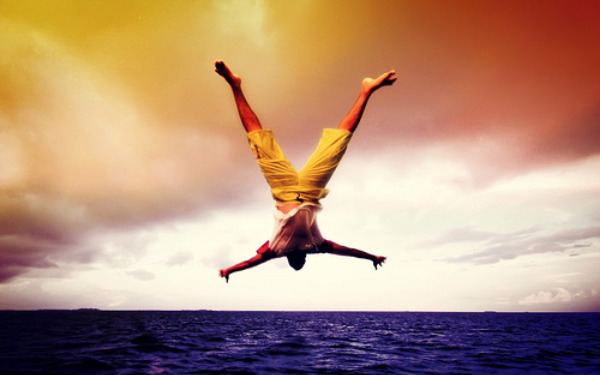 Sometimes, the smallest of instances create the biggest fears.

When I flipped over the handlebars of the bike I’d rented in Vancouver, BC, I earned some impressive bruises, a badly lacerated spleen, and new fears stifling my wanderlust.

Luckily, I was hospitalized in an English-speaking country only a few hours from friends and family in Seattle. But what if an accident like this happens on one of my pipe-dream adventures elsewhere in the world?

Turner Wright previously published a piece at BNT about how to handle medical emergencies on the road. It gives good advice, such as learning the word for hospital in the native language and cultivating patience.

But even if I’d been prepared with traveler’s insurance and – had I been in a non-English speaking country – learned the words I needed to communicate, I would still have had to cope without the support network I have at home.

Simply being in another country without my friends and family made my problems more complex.

During my five nights in the hospital, I thought about how my ordeal would affect future travel – my dreams of backpacking in remote places or spending a year living abroad. Would the fear of potential injury or illness change me? 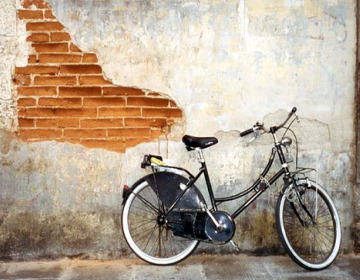 I fluctuate between feeling that I’ve paid my dues to karma and can’t possibly have any more bad luck, and the rather jarring realization of my body’s fragility.

As J. Raimund Pfarrkirchner notes in his piece, The 5 Deadliest Travel Fears (And How To Defeat Them), “Fear of the unknown hails from something deeper, something practical at times…had the dodo been frightened of visitors to its native Mauritius, where it had no natural predators, the dodo might be flourishing today.”

While I’m eager to continue traveling – and cycling – I don’t actually have any plans for the foreseeable future. I may feel differently when plans and ideas become more concrete. Inspiration comes from people such as Robin Esrock, who was hit by a car while driving his scooter, and ended up on a stretcher instead of going to work that day.

Instead of staying home and buying a car, Robin decided to buy a solo round-the-world plane ticket and backpack around the planet.

The Stranglehold of Fear

It’s likely these fears will fade and I’ll get back to my normal, travel-hungry self, but there will probably always be a part of me that wonders if this can happen again. Phobias can take hold at any time in one’s life; author Samantha Ang discusses how, after being “born traveling,” she developed a fear of flying based on overhearing a mother’s words to her child about the dangers of take-off and landing.

There’s always the possibility of an accident, a mistake. There will always be factors out of my control.

And what if another accident does happen? If I endured serious injuries in a first world, English-speaking country a mere three hours from friends and family, what are the chances of something happening while traveling solo, to remote places, or to countries with less advanced medical technology? Pretty high.

I hope this fear will teach me to be as prepared as possible, but there’s always the possibility of an accident, a mistake. There will always be factors out of my control.

Tragedies can happen even to the most careful people.

Has fear or risk ever prevented you from traveling, or changed your plans in some way? Share your thoughts below.