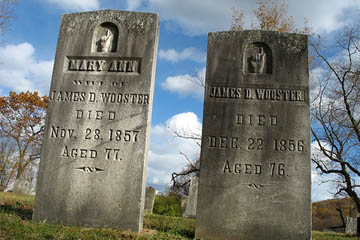 Just as each creature occupies a particular stratum of the forest, from deer on the ground to squirrels in the branches to birds in the canopy, we travelers are specialists.

We investigate our distinct niche of the places we travel to.

The young hedonist explores the casual sex, drug, and drinking scene of the hostels and bars. The punkrock squatter scopes out rooftops, fields, underpasses, dumpsters. The solitary flaneur pays close attention to the subtle interplay between crowds, sunlight, and architecture.

My friend Aaron’s grandmother inquires about the flavor of tap water in a potential destination. Does it taste earthy, she’ll ask. Iron, fluoride, lead?

Then there are the nocturnal graveyard explorers. It’s a less gloomy undertaking than you might at first guess, rooted in the fact that every town, no matter how bland or constricting, has set aside significant amounts of unpaved space for bone storage.

In the concrete jungles that sprawl out endlessly with highways and parking lots, cemeteries are often the only wooded sanctuaries, and they give even the most undesirable of locations, suburbia, the potential for subversive shenanigans.

My own impulse to explore cemeteries by moonlight began at a dive bar in Missoula, Montana when my friend Matt Kahler recounted his introduction to poetry over a couple beers.

As a teenager, Matt gathered trash in a local cemetery as community service for underage drinking. One day he brushed the fallen leaves from a headstone wedged between the roots of an old oak to find a peculiar engraving:

“Believe you and I sing tiny / and wise and could if we had to eat stone and go on.”

It was the epitaph of the poet Richard Hugo, and a decade later Matt found himself alongside me and our friend Lucas drunkenly trudging through a sea of snow and tombstones in search of Hugo’s tree.

Lucas recalls me answering a 2 am cellphone call after hopping the fence: “No, I’m not dead… Most of us here are though.”

In my inebriated state I likely wasn’t aware of the rich poetic history behind this sentiment, the contemplation of death as an affirmation of life. 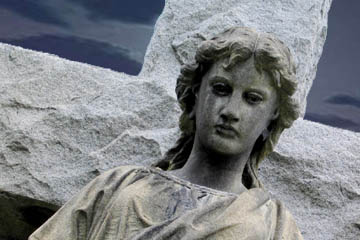 We’re all familiar with “Seize the day”, the ancient Roman lyric poet Horace’s call to jump headfirst into the world before time catches up.

Or perhaps “Eat, drink, and be merry, for tomorrow we die” from the bible, and “Gather ye rosebuds while ye may” from around Shakespeare’s day. Also the Latin phrase “Memento Mori” or “Remember you will die” (think Kenneth Branagh or Mel Gibson as Hamlet soliloquizing profoundly to a human skull).

Then there’s the Danse Macabre, an allegorical trend in the middle ages in which Death, the great democratizer, is depicted leading all walks of life, from virgins to vagrants, in the inevitable dance to the grave.

More recently, at the 1969 funeral of Jack Kerouac, fellow beat poet Gregory Corso plotted to lift Kerouac’s corpse from the open casket and lead him in a stiff tango, but with uncharacteristic caution vetoed this carpe diemist impulse at the last minute.

When exploring cemeteries come nightfall, each participant should arrive adequately prepared with roughly the following ingredients:

Life With Each Breath

Me and Matt and Lucas never located Hugo’s grave.

Having split up to cover more ground, we scanned dim blue cellphone light over the start and end dates of countless nurses, mailmen, carpenters, secretaries, transients now gone and long forgotten, each time whispering to ourselves “You’re not Hugo… And you’re not Hugo either.”

If one side-effect of our TV culture is a sort of death-amnesia, then graveyards are perhaps the remedy.

Matt slipped on the ice twice and hit his head hard, and both times woke as if into a dream, disoriented and in awe of snow seemingly falling from the stars.

I crouched alongside an angel statue to avoid detection by the shouting train crew linking up cars for a predawn transport of raw materials toward Seattle or Fargo.

While the cemeteries of world cultural hubs like Rome or Paris are impressive in their own right, just as many people expire in the rarely-visited nooks and crannies of Anywheresville.

If one side-effect of our TV culture is a sort of death-amnesia, then graveyards are perhaps the remedy, the most urgent and accessible reminder to go out into the world while we, the breathing minority, still embody the limbs and torsos with which to do so.

What do you think of graveyard travel? Share your thoughts in the comments!