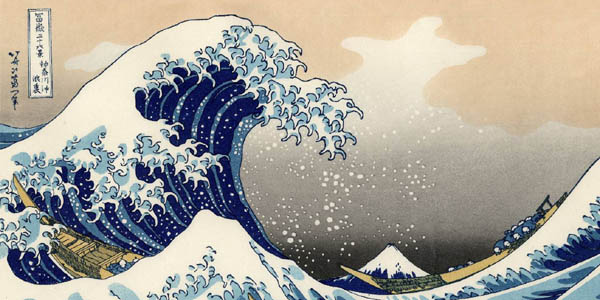 How many people stop themselves from heading out into “unknown” lands for fear of real or imagined threats?

In December 2005, while planning for my trip to Thailand, I remember telling my mom where I was headed. Her first reaction was “No, you can’t! What if you get hit by a tsunami?”

Now, I love my mom. And to be fair, everyone knows Thailand had been hit by a particularly devastating tsunami the year before, which struck a number of popular tourist areas like Koh Phi Phi and Phuket. But really, asking me to stay away from the area because of the possibility of a “once in a century” natural disaster is a little irrational.

I explained to my mom that I was more likely to be killed in a car accident on the way to the airport. And though she reluctantly agreed, the incident did have me wondering about the irrational fears that hover in our minds and distract our decision making on issues that really matter.

A previousTime cover story tackles this in depth:

Shadowed by peril as we are, you would think we’d get pretty good at distinguishing the risks likeliest to do us in from the ones that are statistical long shots. But you would be wrong.

We pride ourselves on being the only species that understands the concept of risk, yet we have a confounding habit of worrying about mere possibilities while ignoring probabilities, building barricades against perceived dangers while leaving ourselves exposed to real ones.

The story details a variety of statistics that reveal just how paranoid we are about the things that are unlikely to kill you (terrorism, avian flu) and the reality of things that are fair more likely (heart disease, regular flu).

Part of the problem we have with evaluating risk, scientists say, is that we’re moving through the modern world with what is, in many respects, a prehistoric brain.

We may think we’ve grown accustomed to living in a predator-free environment in which most of the dangers of the wild have been driven away or fenced off, but our central nervous system–evolving at a glacial pace–hasn’t got the message. […]

In short, it appears our reptilian brains haven’t caught up with how to deal with the actual perils of 21st century living. And how do we choose which threats deserve our attention?

[…] Which risks get excessive attention and which get overlooked depends on a hierarchy of factors. Perhaps the most important is dread. For most creatures, all death is created pretty much equal. Whether you’re eaten by a lion or drowned in a river, your time on the savanna is over.

That’s not the way humans see things. The more pain or suffering something causes, the more we tend to fear it; the cleaner or at least quicker the death, the less it troubles us.

This may also be the reason why we spend more time worrying about terrorism, which we imagine as an immediate, painful death, rather than global warming, which is a gradual threat but puts millions of people at risk.

I tried extending this analysis to the realm of travel.

How many people stop themselves from heading out into “unknown” lands for fear of real or imagined threats? For my mom, it was the possibility of a natural disaster. For others, it may be fear of robbery, fear of being shot, fear of being the victim of a terrorist bomb.

Granted, there are many places in the world that are very likely more dangerous than others, such as: Sudan, Congo, Columbia. And it’s hard to picture Iraq as anything less than a blood soaked mess.

But other places that immediately invoke mental images of marauding gangs and death squads are likely unfounded. Even myself, wandering the back alleys of Phnom Penh, Cambodia, I felt comparatively safer than I did walking the streets of Los Angeles.

It’s the unknown that we fear, rather than the reality.

Matt’s now world-famous Dancing film is a testament to the other side of world exploration. If anything, it’s a clever and inspiring reminder that you can visit just about anywhere on this planet and get away with a little jig to celebrate our diversity and shared love of life.

If I’m ever feeling uneasy about heading out into the world, I remember a quote that aptly sums up my choice:

“A ship in port is safe,
but that’s not what ships are built for.”

Do you know others who seem to worry about the wrong threats? What role do the media and governments have in perpetuating overblown myths about what can harm us?