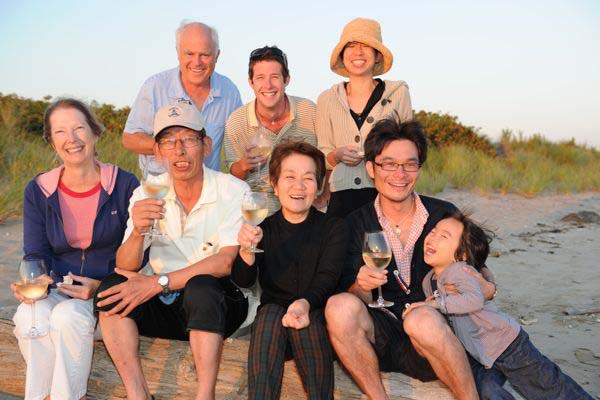 Happier times. The author with his parents and his Japanese host family. This photo and feature photo by Richard Patterson.

In the aftermath of the Tsunami in Japan, Tim Patterson finds an amazing cultural response that’s distilled in the Japanese language.

THIS MORNING I EXCHANGED a few e-mails with my ex-girlfriend, Rika, who lives in Tokyo. She confirmed reports of shortages of food and fuel in the Tokyo metropolitan region, and sent a photo of herself wearing a bicycle helmet to bed. Overall, though, Rika seemed remarkably sanguine about the disaster that continues to unfold. “I’m used to the feeling of camping,” she wrote. “I’m not stressed out.” 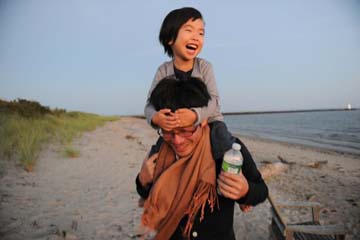 Rika writes in Japanese, and as I translated her notes, I was struck by three recurrent words and phrases that capture a particularly Japanese cultural response to crisis.

These words don’t have easy English equivalents, but go a long way towards explaining why Rika isn’t worried, and why I have faith in Japan’s ability to recover from the horrific devastation of earthquake, tsunami, and slow-motion nuclear catastrophe.

There are some things that people can control, and other things that can’t be helped. In my experience, making the distinction between those two categories can be a key to happiness. The phrase shoga nai means something like “it can’t be helped” and is used to dismiss anything that’s beyond one’s capacity to influence or prevent.

For someone like Rika, living in Tokyo, the nuclear threat is impossible to mitigate — shoga nai. Why stress? Better to keep plugging away, doing your best and making a difference where you can.

Tim, you’re probably most worried about the radioactivity, right? That’s something that can’t be helped (shoga nai). We dealt with Hiroshima and Nagasaki, so we can deal with it again.

If you go to a sporting event in Japan, you’ll hear fans yelling “Ganbatte!” to encourage the athletes on the field. Ganbatte is an exhortation to go for it; to do one’s best; to strive.

The workers who are struggling to prevent a meltdown at the nuclear plant in Fukushima are saying Ganbatte to each other. So are family members and politicians. All of the people of Japan are encouraging each other. If you are writing to a friend in Japan, put Ganbatte in the subject line of your e-mail. They will appreciate the sentiment. 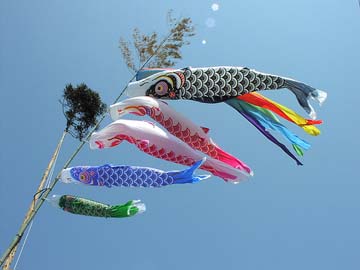 Every spring, Japanese families fly flags in the shape of carp, a fish that swims upstream like a salmon and symbolizes determination in the face of all obstacles.

For Japanese, the carp exemplifies the spirit of gaman — to struggle and persist in an endeavor without complaining, despite seemingly insurmountable challenges.

Many a schoolchild has been told to gaman while struggling over algebra homework. Businessmen gaman through their daily commutes. People in their fifties and sixties gaman as they care for elderly parents.

Japan will gaman through this disaster. Our support will help. Ganbatte, Japan.

Find out How the US Military is Helping Earthquake and Tsunami Survivors in Japan.