I won’t pretend to know or understand the history of the Tlingit indigenous people of Southeast Alaska. Any information I could relay here would merely be the result of desk research, apart from the 45 minutes I spent listening to their stories and songs in Chief Shakes Tribal House in Wrangell. 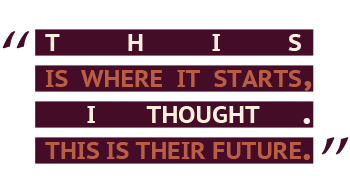 What I can talk about, though, is how this brief interaction with the Tlingit affected me on a personal level. I am a Canadian-born Filipino. I am the only one of my immediate family to be born outside of the Philippines. I truly am Canadian. I grew up immersed in Canadian culture: hockey, vast open spaces, and, later in life, beer. I don’t speak Tagalog, I’ve only been “back” once when I was 9 (and didn’t want to be there), and I’ve had very little contact with my grandparents, on either side. What I’m saying is, aside from a bit of Filipino BBQ and chicken adobo, I am not connected to Filipino culture.

This is not a statement of judgment. I don’t blame my parents for “Westernizing” us kids. I am neither sad nor happy about this fact. It just is.

As tied as I am to Canadian culture, and as disconnected as I am from my Filipino heritage, I was touched by how close the Tlingit people stay connected to their culture and traditions.

As soon as my group arrived at Chief Shakes lodge — after docking in Wrangell and walking the breadth of the small town of 2,300 — we were greeted by a young girl, around 5 years old, with a drum and a song. 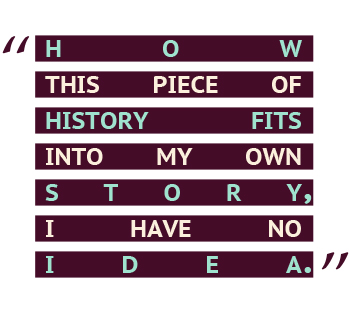 This is where it starts, I thought. This is their future. At her age I was playing with my Matchbox cars, Legos, and watching Saturday morning Looney Tunes. I wasn’t learning about the three centuries of Spanish colonization that my ancestors had to endure, and I just had to Google to learn that the Philippine Revolution began in 1896, ended Spanish rule two years later, but lost it to the US at the end of the Spanish-American War, which then resulted in the Philippine-American War in which over a million Filipinos died, including many civilians. How this piece of history fits into my own story, I have no idea.

To enter Chief Shakes lodge, one has to duck through the doorway. I don’t know if it’s by design or not, but that somehow makes it feel like you’re entering something sacred, or at least something that stands apart from every other doorway you’ve walked through that day. Especially since, when you stand on the other side of the portal, you encounter a cavernous space.

Enveloped in timber, I visually swept the area, taking in the big carved beams — “house posts” — that framed the inside of the door. These house posts, which were not structural, depicted animals and humans and contained clan crests and clan history. Two more sat directly opposite on the far wall. The planks of wood and support beams that the structure was made from were, I noticed when I inspected more closely, full of little notches. Every piece of wood, we learned, was hand carved with an adze by four women, one of which was in attendance (women only recently were allowed to be adzers). She explained how they carve their own adze from a single tree limb, a process that takes two days to customize the tool to their own hand and arm.

In the center of the big room, a square pit, about three feet deep, was hollowed out with a step that led down to it. Benches lined the walls, and that’s where we all sat and waited. 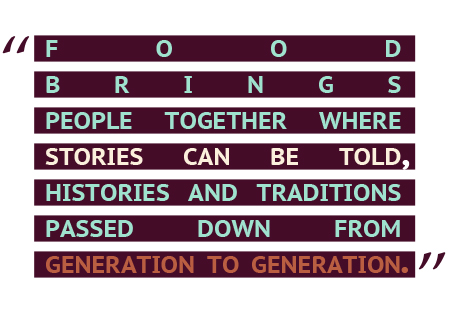 A stout woman in a wide-brimmed woven hat led a group of five women and two men, all dressed in their clan’s colours and symbols. She explained the meaning of the songs they performed, the one above their welcome song in which, she said, “the ladies…all welcome you to their hearts.” The notion of the potlatch was discussed in detail, it being a celebration of any number of things — the raising of a totem pole, the dedication of a lodge (such as the one we were sitting in) — full of wonderful food and community.

The potlatch (no doubt from where the anglicized version “potluck” was derived) reminded me of visiting family, both in the Philippines and in Canada, where upon entering the house I was immediately confronted with a table loaded with food and adults telling me to “eat, eat!” As a kid I never appreciated the connection between food and community, the connection which is evident across most, if not all, cultures in the world. Food brings people together where stories can be told, histories and traditions passed down from generation to generation. Culture survives in the breaking of bread and toasting of glasses. But I was oblivious to all that; I just wanted to watch TV.

After each song the Tlingit would turn and face away from us. We were informed that this was no sign of disrespect; they were showing us “who they are” by presenting their family crests and emblems on the backs of their capes. I thought of my family — my parents and three older brothers, all now with their own families — who live in the same province but have only reunited twice in the past six years. Of the ever-growing chasm between my aunts and uncles and cousins and me, cousins with whom I used to be close as a child. If my family had a crest, what might it be?

After fielding some questions from my group, the Tlingit said farewell to us with an exit song.

As they disappeared behind the curtain at the back of the lodge, we lingered, admiring the handiwork of people so dedicated to their culture that they spent days upon days of hard work, meticulously carving planks of lumber that could have been efficiently and effortlessly churned out by a sawmill.

But that’s really the whole point of it; perpetuating culture and tradition takes effort. There are no shortcuts.

This post is proudly produced in partnership with SanDisk.
Tagged
SanDisk: Telling Life’s Stories from Memory
What did you think of this story?
Meh
Good
Awesome
✖
travelstoke
Download the mobile app
stoked by