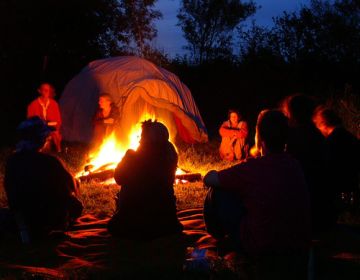 I must admit, when I heard about the two deaths and 22 hospitalized at a sweat lodge near Sedona, Arizona this past weekend, I readjusted my long-held desire to be a part of one.

But reading further into the specifics of what happened made me, well, not so surprised that it happened.

noted in the New York Times article about the accident, the number of people taking part in the ceremony at Angel Valley – 55 to 65 – far surpassed the 8 to 12 at a typical sweat lodge.

Bruchac said, “It means that all these people are fighting for the same oxygen.”

Also, a great deal of preparation goes into traditional sweat lodges, and they are usually made of “willow branches and covered in canvas or animal skins, and are not meant to be air-tight.” Authorities at the Angel Valley lodge noted this sweat lodge was covered in plastic and blankets.

A typical ceremony usually lasts an hour, and this one had clocked in at two hours before the organizers called 911.

This sweat lodge was led by self-help guru James Arthur Ray. His bio notes he:

…has studied and been exposed to a wide diversity of teachings and teachers – from his collegiate learning and the schools of the corporate world, to the ancient cultures of Peru, Egypt and the Amazon.

If you take a look at his picture, it’s pretty clear that Ray is not Native American. I have no doubt that he has learned quite a bit about different cultures in his travels, as we all do.

But I have to question, is it right for a white man to lead a Native American ceremony?

After I read the book Coyote Medicine,

I understood the complexities of building and running a proper sweat lodge, and how a shaman passes this information on to a shaman-in-training.

As Julie notes in the comments section on RightJuris.com:

Finally, the cost of the retreat is a bit suspect: $9,695 per person. On his site, Ray says participants will “experience a new technologically-enhanced form of meditation that creates new neurological pathways.”

While I do believe the last part is possible, a true Native-American ceremony would not cost that much. And unfortunately, deaths and injuries resulting from Ray’s negligence will make many condemn sweat lodges in general, and this will certainly hinder people from developing any “new neurological pathways.”

What do you think about a person who is not Native-American performing a traditional sweat lodge ceremony? Share your thoughts below.

Tagged
Culture Lifestyle
What did you think of this story?
Meh
Good
Awesome

What it really means to identify as Two-Spirit in Indigenous culture
The world’s 5 most beautiful alphabets you’ll never learn to read
7 small towns and cities that celebrate Mexico’s quieter side
30 awesome Japanese idioms we should start using in English
Rajasthan’s epic camel festival is two days of fur-cutting, dancing, and races