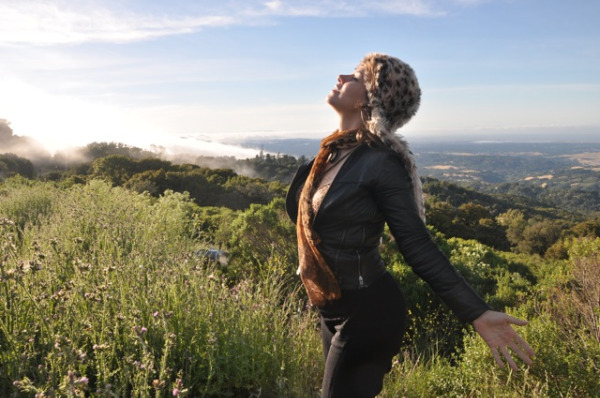 Pat the Digital Vagabond shares what it’s like to attend a Witch Camp when he doesn’t believe in magic.

There is a place near the ocean in a redwood forest where witches gather once every summer. I was guided to this place one night under a full moon by a beautiful and loving witch named Laura.

This was her 13th year at Witch Camp. The witches gathering in this forest were her tribe with whom she had grown, all while teaching others about spirit, nature, the elements, and magic. She assured me that given my love of nature and spirit that I was already a witch who was finding his way home in the forest.

In any case, I would be with Laura and immersed in her world, if not mine. But given the joy, wonder and magic we were experiencing together, I trusted I would feel at home among the trees, stars and other witches.

A few months earlier she had conjured up a powerful love spell, which I had easily fallen under. Laura exudes love for life, spirit and all God’s creatures, including me.

Over the previous weeks, I’d learned from Laura that these modern witches cherished the earth and dedicated their energy to protecting and healing it. Like their predecessors who had special knowledge of herbs and healed the sick villagers, these witches believe in healing our bodies, spirits, the earth and all her creatures. 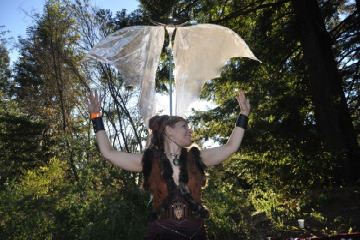 They believe in the power of shaping and guiding the elements of air, fire, water, earth and spirit. And they believe in creating magic.

But did I believe in magic? I’d always been taught that magic didn’t really exist, that it was not in the realm of possibility.

Yet during my week at witch camp, I came to accept their definition of magic, which is “changing consciousness at will.” By this definition, it seems to me that we all create magic within ourselves and in the world around us.

In the fire ritual we performed on the first day, we cast a magic spell upon our own minds that we would carry into our daily lives to make it real. Such a conscious change – empowered by a ritual that engaged not just our minds and intentions but our emotions, bodies, and spirits – is a magic that is well within the realm of possibility.

For most of my life I’d thought of magic as the make believe and impossible instant abracadabra where a toad becomes a prince with a kiss. But real world magic is often not instantaneous. It may begin with setting a conscious intention and yet may take an entire lifetime to be realized.

We can change consciousness at will and redirect ourselves, others, and the elements in our own cauldron and thus create and shape the world around us.

By this definition, we all have the capacity to conjure up magic. We are all forces of it. We can change consciousness at will and redirect ourselves, others, and the elements in our own cauldron and thus create and shape the world around us.

Some people perform black magic without even knowing it, by using their consciousness to destroy nature and transform it into a parking lot. Some can turn gold into shit, while others with the “magic touch” can transform virtually everything they touch into gold.

As Laura and I drove through the trees under a full moon a skunk, a fox, and a huge mountain lion crossed the road. Laura almost leapt out of the passenger side window to follow the mountain lion up the hill as it made its way into the shadowy forest.

She has loved mountain lions ever since a black mountain lion followed her mother home as she carried her baby while walking a trail in the Appalachian Mountains.

For months, then years, that black mountain lion would return to Laura’s house and peer in her bedroom window every day until her mother would chase it away. Once Laura was able to walk, she would join the mountain lion outside and even follow it into the woods. Sometimes she’d curl up on the lion and nap.

The mountain lion continues to be her animal spirit guide. When I see Laura move like a sleek powerful cat, or avoid water on her face, or purr when she’s happy – I feel and see the influence of this beautiful black cat.

The Book of Witches 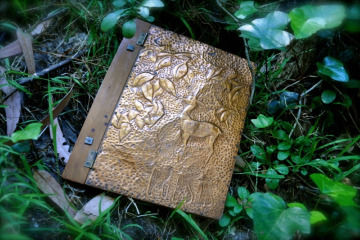 Before we arrived at Witch Camp, Laura gave me a beautiful old notebook.

It was bound in wood and its cover, attached with metal hinges like a door, and was coated with a gold colored metal plate embossed with a male deer and surrounded by leaves. Inside the paper pages were brown and fragile.

On the first page, this was inscribed in old dried ink:

A witch party? Well . . . aren’t you lovely? Millicent is making a potion at home on 1st score. Herbal remedy for sore throat.

On the next page it read:

Below this was listed the names and signatures of some twenty people. Given that the practice of witchcraft was illegal in the United States (land of religious freedom?) until 1978, this book of named witches was not only taboo but incriminating.

Beyond those first two pages the book was full of empty dry brown paper pages. This book, signed in 1948 by twenty some illegal witches, had found its way into my hands. Laura had given it to me to complete its yet unfinished pages. I wrote in this book about my week at Witch Camp.

Notes from a Witch in Training at Witch Camp

On our first night at there, we gathered in a circle surrounded by tall pines and redwoods, lit by a blazing fire in the center. Those giving the invocations invited us to feel our bodies planted on the soft earth, to breathe the cool night air deeply and to let the static and frantic noise of urban life be burnt up by the flames.

I took off my boots and socks and pressed the balls of my free feet down into the cool dirt. Then musicians, drummers, and dancers moved amongst the hundred or so participants, stirring our bodies and energies into motion.

We all held hands and moved together in a spiral as we chanted. The complexity of our intricate electronic age gave way to a world of earth, water, air and fire.

Next Page
Tagged
Religion California, United States United States
What did you think of this story?
Meh
Good
Awesome