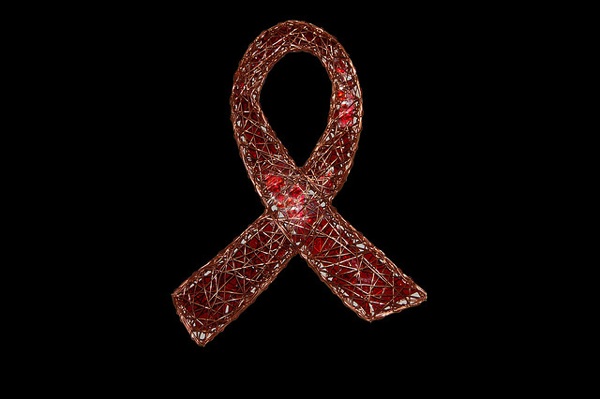 December 1 is World AIDS Day. In addition to raising awareness about the ways new infections can be prevented, it’s a good time to reflect on the year’s breakthroughs in HIV/AIDS research, which offer hope to those who already have the disease.

Little known fact about me: before I was a writer and editor, I was a psychotherapist and creative arts therapist who worked with adults diagnosed with HIV and AIDS.

I’d volunteered with AID Atlanta when I was in college, back when HIV still felt like an acutely urgent issue. Though I hadn’t specifically looked for a job that would allow me to continue my work with people with HIV and AIDS–in fact, I wasn’t even intending to become a therapist–I ended up in New York City at Housing Works, a radical social service agency committed to ending “the twin crises of AIDS and homelessness.”

Though I moved on to a different job after a few intense years at Housing Works (a job which, among other things, involved getting arrested for civil disobedience), HIV and AIDS have remained an issue I care about deeply, and I continue to follow developments related to the disease.

Here are some of the breakthroughs in HIV/AIDS research in 2010 that seem especially important (and many of which, I’m proud to say, were pioneered at my alma mater, Emory University):

Researchers at Loyola University reported in August that they had discovered TRIM5a, a protein that destroys HIV… at least in rhesus monkeys.

The protein has actually been studied as it relates to HIV since at least 2004, but the destructive properties of TRIM5a are a new discovery. Now, researchers need to figure out which components of the protein are responsible for destroying HIV… no small task since the protein is comprised of almost 500 amino acid subunits.

The Hope Clinic, the clinical trials unit of the Emory Vaccine Center, is “the only HIV vaccine efficacy trial in the world that is currently enrolling participants,” according to a recent issue of Emory Magazine. The magazine also reported that a recently forged partnership between the Emory Vaccine Center and the International Centre for Genetic Engineering and Biotechnology, based in New Delhi, India, will allow vaccine research to commence in India, with specific focus on local sub-strains of the disease.

One of the many hopeful research findings reported at this year’s International AIDS Conference was about a small but significant study in which HIV-meds were administered as prophylaxis (basically, a preventive measure) to HIV-negative people who were at high-risk for contracting the disease.

Though public health officials may hope HIV-negative people in high-risk categories would simply change the behaviors that put them at risk, such hope may not be realistic; thus, prophylactic research is important.

The results of this particular study suggested that there were no dangerous medical side effects of the prophylactic drugs given to the members of the control group, and the seroconversion rate (the number of people who became HIV-positive) was low enough to warrant further studies.

Another finding reported at the International AIDS Conference has significant implications for HIV-negative people, especially women in developing countries. Gita Ramjee, head of the HIV Research Unit of the South African Medical Research Council, reported at the conference that her researchers had established statistically significant evidence that microbicide gel decreases HIV-infection risks.

The study, conducted in South Africa, indicated that “microbicide prevented four out of ten HIV infections (39% efficacy), and prevented more than half of the infections in women who used the gel more than 80% of the time (54% efficacy).”

Although the findings will require further substantiation with more trials, the news is promising.

Truvada, a medication doctors may choose among when prescribing anti-retrovirals to HIV-positive patients, may also prevent HIV, researchers reported last week in a study whose results were published in The New England Journal of Medicine.

Although the debate about the findings is already raging in the blogosphere (check out the conversation going on in Andrew Sullivan’s blog over at The Atlantic), the fact that “The drug lowered the chances of infection by 44 per cent, and by 73 per cent or more among [study participants] who took their pills most faithfully,” seems significant enough to merit more attention.

Your questions about exercising outside while social distancing, answered

How to keep your gut healthy while traveling, according to a specialist

The best destinations for solo female travel in 2020

Faced with no guests, these wellness hotels are taking care of their staff

These astronauts gave their pro tips for surviving social isolation