Art has a power to reach people viscerally in a way that other work doesn’t. It has the power to crack the walls of apathy and cynicism that people build up around themselves, and break open the vision of what could be. The power is in the storytelling; whether it’s visual art, music, or text, it all comes back to the power of voice. 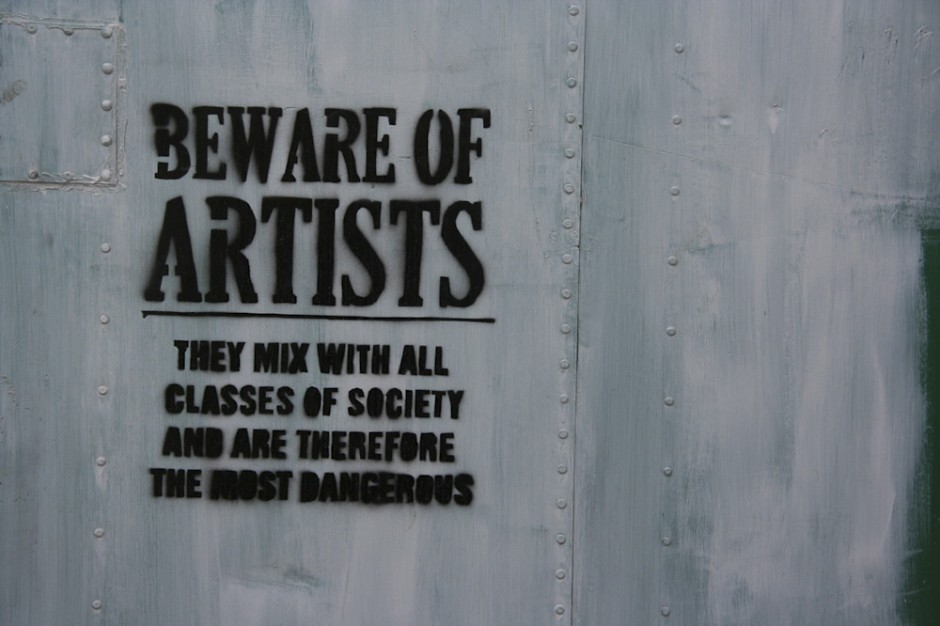 Afghanistan is probably best known in the West for its poverty, oppression, terrorism, and ongoing conflict. None of this is untrue, but it’s not all there is. Against this backdrop, dreamers and visionaries work — artists, musicians, innovators, activists, media moguls, and politicians. Just as in any other country, the dreamers and free thinkers are often those whose stories are quieter than the stories of violence and anger that shout more loudly. That doesn’t make them less powerful.

Afghan Dreamers is all about the power of voice. Three months ago, I set up a series of life-size photography exhibitions called Streets of Afghanistan. This project was all about voice, about storytelling, and by setting it up as a series of public street-art exhibitions, I wanted to challenge the status quo of what’s seen as possible here. I was shocked to hear Afghan American acquaintances say it was too dangerous, that Afghans wouldn’t understand it. What’s not to understand about art? What’s not to understand about voice?

Afghan Dreamers was a project I wanted to pursue after being chosen as a subject for Sharp Stuff’s first book, American Dreamers. I saw myself alongside Arianna Huffington, Chris Anderson, the founder of TED, and other amazing dreamers and was struck by the concept of the so-called American Dream. It’s not the American Dream. It’s everyone’s dream. EVERYONE dreams of a better life for their children, their country, the world. Dreamers and visionaries are not limited to the West or the First World. Dreamers come out of villages in northern Afghanistan. Musicians are rocking out in Kabul. Media moguls are broadening the landscape and the information output of television programming that reaches deep into nearly every corner of Afghanistan. It is foolish to think a war zone doesn’t breed dreamers, poets, entrepreneurs, musicians, athletes, and activists.

I wanted to continue to challenge the idea of what Afghanistan is, beyond Streets of Afghanistan, and Sharp Stuff was behind me, willing to produce the book if I could gather the dreamers. The amazingly talented and fearless Anna Brones is joining me again for this upcoming trip to help me coauthor the book. Last November, she accompanied me to help with the Streets of Afghanistan launch, diving headfirst into the culture and language. I can’t think of a better writer-in-arms for this project.

The goal of Afghan Dreamers is to amplify voices and broaden the view of Afghanistan at a time when most people in America want to turn their back on the region. Making people aware of our common humanity, our common dreams, our common bonds strengthens the ability to believe that change is possible. 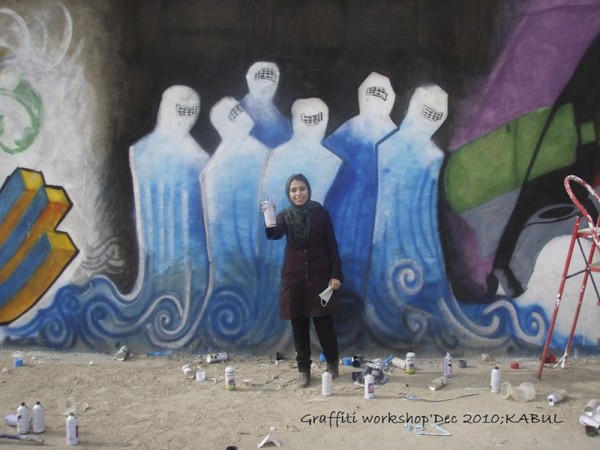 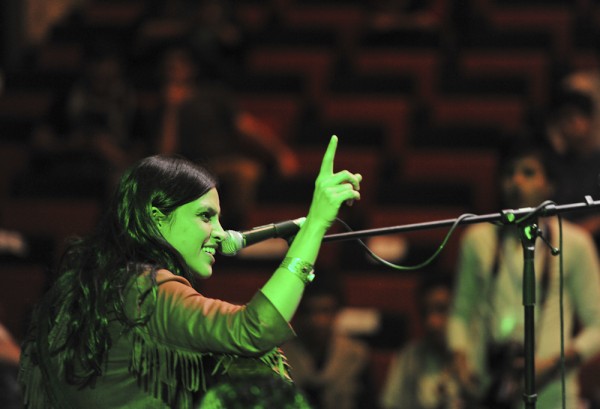 The dreamers include the founder of Zarif Designs, Zolaykha Sherzad, who dreamed of a clothing line that combined traditional Afghan fabrics and textures with modern designs; Afghanistan’s first heavy metal band, District Unknown, featured in Rolling Stone; musician and filmmaker Ariana Delwari; art professor and street artist Shamsia Hassani; singer-songwriter Fereshta; along with the athletes dreaming of the Olympics, the mayor that dreams of a greener Kabul, the female parliamentarian, the media mogul, the female activists, the entrepreneurs, and the comedian.

What, Afghanistan can’t have a comedian?

The initial crowdfunding campaign on Rally will not just fund production of the book — it will also fund a Dreamer’s Project developed in conjunction with Shamsia, to be shared with the Afghan Dreamers community. Sharp Stuff have also agreed to put a percentage of sales of the book into a Dreamer’s Fund, in conjunction with Mountain2Mountain, that will go towards future projects with the dreamers involved, continuing to give back to those who dare to dream.

It is also our mutual hope that we can produce this book in Dari and Pashtun for Afghan readers as well, so that this isn’t a Western project about Afghanistan — it’s a project about voice that has no geographical boundaries.

Tagged
Activism Art + Architecture Miscellaneous Ambassadors
What did you think of this story?
Meh
Good
Awesome
✖
travelstoke
Download the mobile app
stoked by