AMSTERDAM IS KNOWN worldwide for its permissive drug laws, which can be irritating to the Dutch, who know that their country consists of infinitely more than a pot culture. So when Washington, DC legalized marijuana and put out a pamphlet saying that DC was not going to “become like Amsterdam,” the Dutch Embassy decided to have a little bit of fun at Washington’s expense. 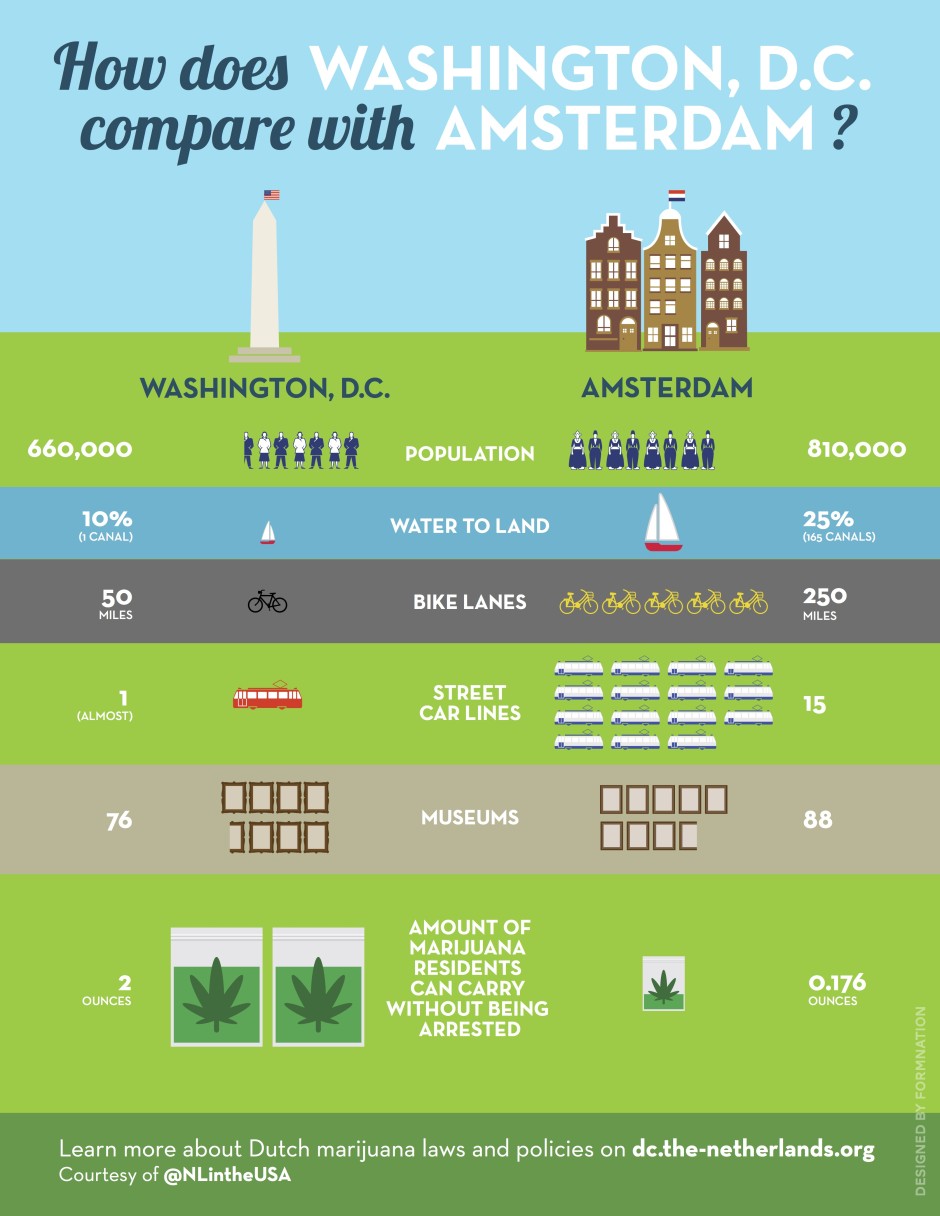 The “street car” bit is a little jab at the city’s stalled H Street Corridor street car which has been an absolute debacle implementing. Kudos to the Dutch Embassy for pushing back against dumb stereotypes about one of the world’s great cities.

The best places to visit in Jordan for every type of traveler
The world’s 10 cheapest cities to explore in a day
7 reasons you need to stay at this giant, extravagant pyramid hotel in Memphis
Monaco is more than a millionaire’s playground. Here’s how to visit on a budget.
The best Airbnbs in Nashville for a bachelorette getaway

The best place to stay on a trip to DC is Montgomery County. Here’s why.

Washington Monument is reopening after a three-year closure

8 genius hacks for saving money on your trip to Washington, DC

Top 10 free things to in DC

The 13 best places to catch sunset in Washington DC