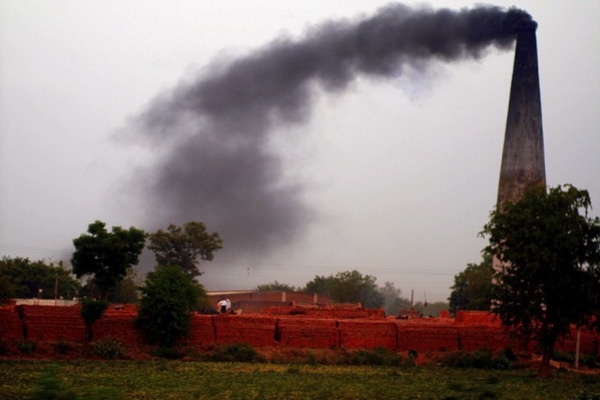 “It’s a wonderful American tradition: you always clean up the mess you made.”

That’s the last line of the first paragraph of writer Suketu Mehta’s op-ed about the 25th anniversary of the Bhopal gas disaster, published in yesterday’s New York Times.

In that paragraph, Mehta’s describing the difference between his son’s kindergarten class in Mumbai–where servants cleaned up after the kids–to the same child’s first grade classroom in Brooklyn, “where the teachers made the children tidy up at the end of the day.”

In elementary school, at least, Americans get it right: We have to take responsibility for our actions. We have to clean up after ourselves.

But what happens, Mehta insinuates, between that fundamental lesson of childhood and our supposed maturity into adulthood?

The anecdote is a lead-in to Mehta’s meditation on the 25th anniversary of the Bhopal gas disaster. The short version of that story is this: the American chemical company, Union Carbide, had a pesticide plant in India that belched out a poisonous chemical cloud over Bhopal.

Four thousand people were killed instantly, and according to Mehta:

“An additional 15,000 people have since died from the aftereffects, and 10 to 30 people are said to die every month from exposure to the hundreds of tons of toxic waste left over in the former factory.”

That news would be devastating enough to any sentient being, but what Mehta goes on to note–and how it all ties in with his opening anecdote about the “wonderful American tradition”–is the real kicker: Union Carbide (subsequently bought by Dow) never cleaned up the contamination.

It’s disgusting, but hardly surprising and definitely not an anomaly. This year alone, we’ve written here on Change about a string of similar incidents, mostly perpetrated by big oil.

It’s easy to finger wag or wring one’s hands or bitch about mega-corporations’ greed and irresponsibility. But none of that does much–if any–good. And in some ways, we’re complicit with their actions.

“What’s missing in the whole sad story,” Mehta concludes, “is any sense of a human connection between the faceless people who run the corporation and the victims.”

He goes on to tell a story about a woman from Bhopal who wrote a letter to Union Carbide after losing her husband and her son to the company’s negligence:

“[P]ut your hand on your heart and think…if you are a human being, if this happened to you, how would your wife and children feel?”

Mehta says the woman never received a response. That’s not surprising either.

It’s tempting to read Mehta’s op-ed or other accounts of the Bhopal disaster, shake our heads, and move on. We always do… it’s our normal, default position, a self-protective action to keep us from totally breaking under the weight of the world’s problems.

But what if, instead, we decided not simply to move on? We can’t, perhaps, change the corporatocracy. But what we can do, every single day, is think about how our own personal choices and actions affect other people.

We can clean up after ourselves.

Read about other corporations’ take the money and run actions around the world: