14:22 Mar 7, 2018
Top Countries
Top CitiesView All Destinations
Trending Countries
Trending Cities
Load More
You’d be hard pressed to find someone more passionate than I am about the power of the Internet and technology to communicate, connect, and mobilize people for social change. But am I overestimating the potential of our 21st century tools? 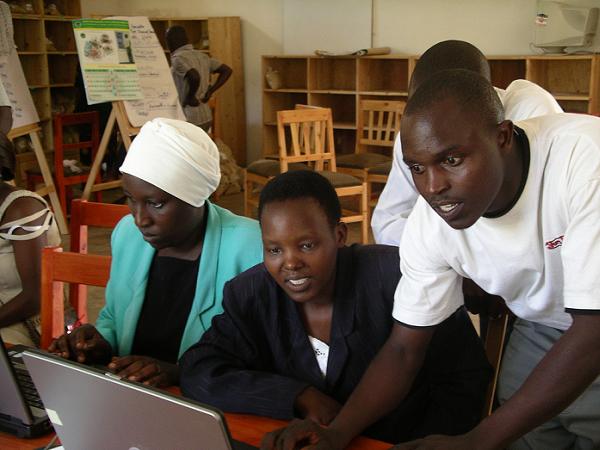 “Gordon Brown claims Rwanda would never have happened if Twitter had been around….”

“Bold claim,” I thought, before taking my first sip of coffee.

“Utterly ridiculous statement,” I said out loud as I took a gulp and thought about it some more.

*
The tweet, posted by @krishgm, a host for London’s Channel 4 news, referenced an article in The Guardian in which British PM Gordon Brown said the following:

“…the internet era [is] “more tumultuous than any previous economic or social revolution. For centuries, individuals have been learning how to live with their next-door neighbours…. Now, uniquely, we’re having to learn to live with people who we don’t know.

“People have now got the ability to speak to each other across continents, to join with each other in communities that are not based simply on territory, streets, but networks; and you’ve got the possibility of people building alliances right across the world. That flow of information means that foreign policy can never be the same again.

“You cannot have Rwanda again because information would come out far more quickly about what is actually going on and the public opinion would grow to the point where action would need to be taken.

“Foreign policy can no longer be the province of just a few elites.”

*
I agree about the power to “speak across continents,” to form communities and networks that aren’t based on geography, but on common concerns. And that’s why I’m an ardent proponent of Internet technologies as a critical tool of social change.

But to think that the 1994 genocide in Rwanda or the thousands of other atrocities happening in the world right this second could have been prevented or could be controlled simply by exposing them and pressuring governments to take action is an argument I find both terribly naive and untenable.

Brown’s comment reflects a certain elitism that overlooks the fact that millions of people in the world have limited or no access at all to Twitter, Facebook, blogs, or even a basic Internet connection. The people most likely to be affected directly by atrocities can’t tweet about them to the rest of the world– they don’t own the means to do so.

Even those who have access, notes the Digital Divide, tend to be using platforms and tools that are “low-quality and merely ‘localized’ versions of products and services intended for the rich.”

So how are we to reallyinterpret the true significance of technology as a tool for social change? Weigh in with your opinions in the comments below.

Don’t know what Twitter is? Get some background information here.

30 awesome Japanese idioms we should start using in English
7 picture-perfect Irish villages we want to escape to
10 Indigenous-owned businesses you can support today
20 of the funniest idioms for people learning English
9 boardless, cardless games to play anywhere