On a wide boulevard of the 12th arrondissement of Paris, the Art-Deco palace that houses the National Museum of the History of Immigration stands like a tall and ornate temple.

This 1931 building was originally intended to honor France’s colonial empire, which is evident from the wall paintings and carvings depicting tropical forests and idealized representations of colonial subjects. Decades later, it seemed like the perfect spot for an immigration museum.

In the permanent collection, you’ll find contemporary art by and about immigrants. There’s a piece called “Climbing down,” for example. It’s a bunk-bed tower with cheap travel bags hanging from its sides. In the temporary gallery there’s a timely exhibition, “Frontiers,” about the role of borders in the history of migration.

Historian Benjamin Stora heads the institution. He was born in Algeria when it was under French rule. He says France’s immigration history goes back about 150 years, but is mostly ignored. So the role of this museum, unique in Europe, is to validate that history and to make up for a lack of education in French schools.

“The history of ‘classic’ France, from the monarchy to the Republic,” he says “is a history that needs to be taught and passed on. At the same time, you should make an effort to know the history of others who have come mostly from overseas, but are also part of French history. So you need to teach different types of history and integrate them into the national conversation.”

Teaching this history in schools really matters to 30-year-old journalist Widad Ketfi. She works for the Bondy Blog, which covers underreported stories in Parisian suburbs with large minority populations. Like the museum, the Bondy Blog delves deeply into questions of identity. Ketfi says in today’s France, you can’t go on just teaching the history of the French kings.

“The history of the Louis,” she laughs, “even if it’s interesting and important, realistically, its impact on people’s daily lives, on society, and acceptance of the other, is much less important than the recent history of France, of colonization and decolonization etc. Because contemporary French history would allow people to understand why the French are not only white, they are black and of many colors — that’s part of the history of France.”

Today, about a quarter of the population of France has immigrant roots. Ketfi, who is French of Algerian descent, says the lack of validation of immigrant history causes confusion about identity.

“You’ll often hear minority youth say ‘the French’ when they mean ‘whites,’” she says. “They exclude themselves because they are being excluded, because today we have a hard time saying white, black, Arab, Asian, Chinese, even though it’s not a bad word to say that someone is white or Arab. I’m French Arab — I have no problem with that. I think that if we talk about this honestly, we don’t have to equate whiteness with French. Getting those words right really matters.”

In fact, I have heard “French” as a code word for “white” on many occasions. After the Paris attacks in November, for example, I interviewed a Tunisian-born vendor at a grocers’ market. He referred to his regular customers — who had shunned the market that day — in a roundabout way.

“French people are not coming today,” he said, “the real French people, people with European roots,” he explained when I asked him what he meant by French.

Ketfi believes the issue of identity and integration won’t evolve if there aren’t positive images of minorities to turn to in the media and elsewhere. She says this gap stands in huge contrast with what you see on American television.

“I am not surprised to see an African American as a judge; it’s normal,” she says. “An African American doctor, it’s normal. Or a Latino-American mayor — it’s normal. But in France an Arab person will just play an Arab — a killer, or whatever — but not a leading role. In American TV series, Grey’s Anatomy for example, the head of surgery being black, that’s normal. He’s not black, he is the head of the department! In France, he would be black, first and foremost. This is a real problem here, both with the image that exists and the one we display.”

There are exceptions, of course. In fact, two of the French government ministers very much in the news right now are Moroccan-born women. But the immigration museum’s Stora agrees there are far too few role models around. And he thinks it’s had a devastating effect, especially for the millions of French Muslims here. He even worries it may encourage radicalism. 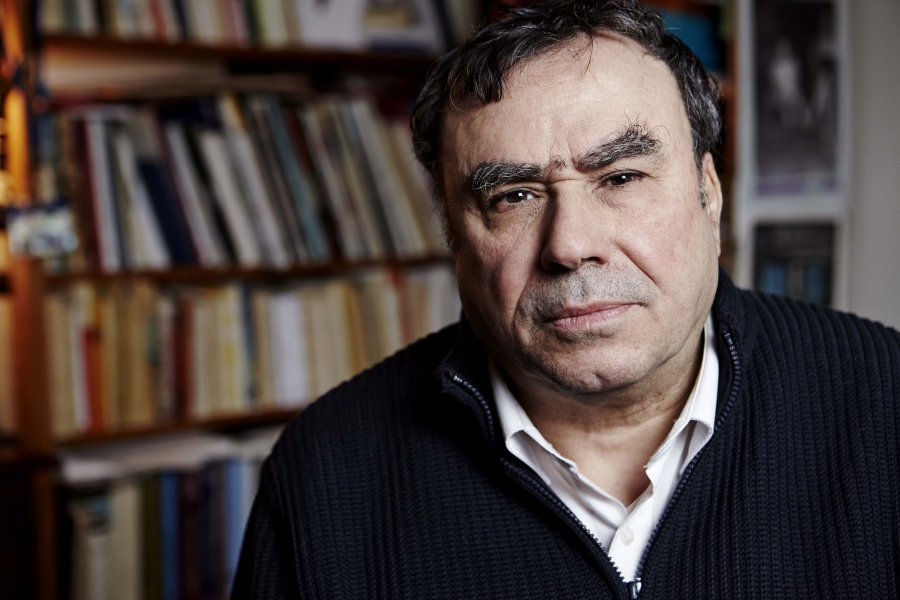 “They feel like eternal foreigners, even though they’re French,” he says. “They say ‘we want to be French like you. We want to have politicians, TV anchors, newspaper editors…’ Eventually, some say, ‘Since you don’t recognize us as French, we’ll do something else. We’ll go to Syria.’ All this youth born and educated in France, they’re not perceived as French and they ask ‘what do we have to do? Dye our hair blond?’ That’s the issue for me. How do we make space for them?”

Making space for the excluded is what motivates Stora’s work at the Museum of the History of Immigration. Almost a decade into its existence, the institution is coming of age at a time when the question of who gets to be French feels more relevant than ever.

Tagged
Trip Planning Paris, France
What did you think of this story?
Meh
Good
Awesome

5 unexpectedly great places for bachelor and bachelorette parties in the US
7 luxurious airport hotels that’ll make you forget you’re right next to the runway
30 awesome Japanese idioms we should start using in English
20 of the funniest idioms for people learning English
How to preserve, pickle, and dry foods in your new free time