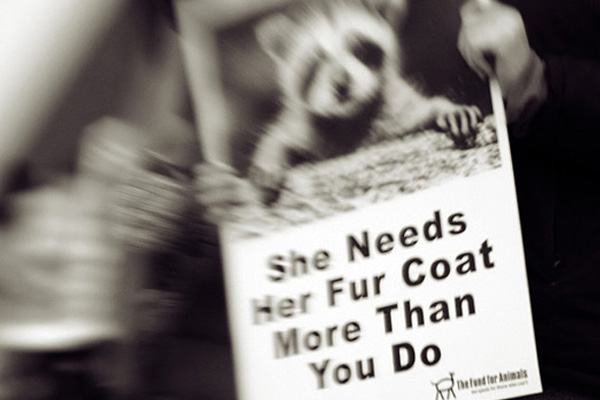 For some people, the temptation to travel with contraband is alluring.

FOR OTHERS, IT’S the temptation to buy contraband–and the promise of a high resale value–that draws them to forbidden objects.

The US Fish & Wildlife Service hopes both types of people will help fatten its bank account.

Every year, the US Fish & Wildlife Service seizes thousands of objects made of animal parts: ostrich skin boots, lizard trimmed watches and wallets, and weasel fur coats, to name just a few.

The number of seized items has become overwhelming; however, and with 1.5 million items in storage, the FWS is trying to clean house, selling 300,000 items online through Lone Star Auctions.

Though the agency would prefer not to have to make money by selling the very items it forbids others to traffic, FWS officials say there’s no better way to dispose of these objects. The last auction, held in 1999, netted the agency $500,000 in profits, all of which were directed toward wildlife conservation.

Some activists, though, are outraged by what they view as hypocrisy on the part of the FWS. One senior member of PETA had the following to say about the auction, as reported by The Wall Street Journal:

Ashley Byrne, a senior campaigner with the animal-rights group PETA… argues that the sale just stimulates demand for weasel coats and python-trimmed figurines. Instead, she says, the agency should donate the merchandise to PETA. She has laid in quite a store of fake blood to splash on the shiny green snakeskin shoes and the weathered leather jackets trimmed with fox fur. She would like to put the bloodied goods on display anywhere she can, next to video monitors rolling footage of “animals being skinned alive or bludgeoned to death.” The juxtaposition will make would-be shoppers queasy, Ms. Byrne promises. “As opposed,” she says, “to perpetuating the idea that it’s OK to turn an animal into a keychain.”

What do you think? Should the FWS sell these goods or dispose of them without making money? Share your thoughts in the comments!