I’D HEARD ABOUT the Taiwan Pride Parade for a full year since moving here in November, 2011. It has supposedly grown every single year since inception, and was attended by more than 50,000 people in 2011. After missing it by about three weeks last year, I was determined to check it out and lend my support to the principles of equality.

If I hadn’t actively been on the lookout for this massive event, I just might have missed it. There isn’t much publicity or press that goes on around it outside of a few lonely articles in local print publications like the Taipei Times. I was floored by the number of people and level of energy in the air at the Taiwan Pride Parade this year, and hope to pass on some of that through the photos below.

[All photos by Austin Yoder] 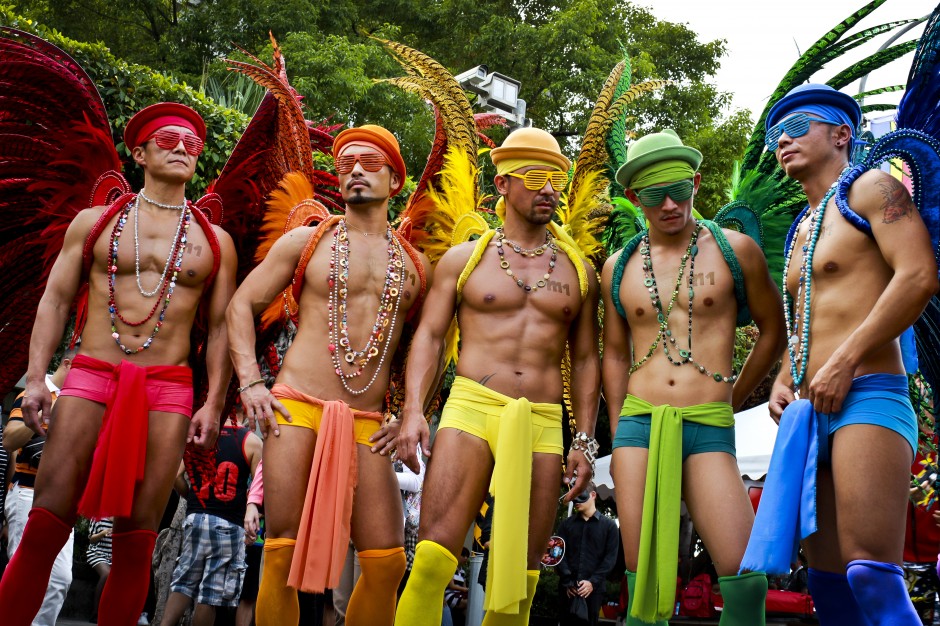 The Taiwan Pride Parade is the largest such event in all of Asia, with Taipei being one of the most gay-friendly and open cities in Asia, period. The parade began in 2003 in Taipei City at 228 Memorial Park. More than 50,000 participants attended Taiwan Pride in 2011, and 65,000 rocked up in full colors in 2012. 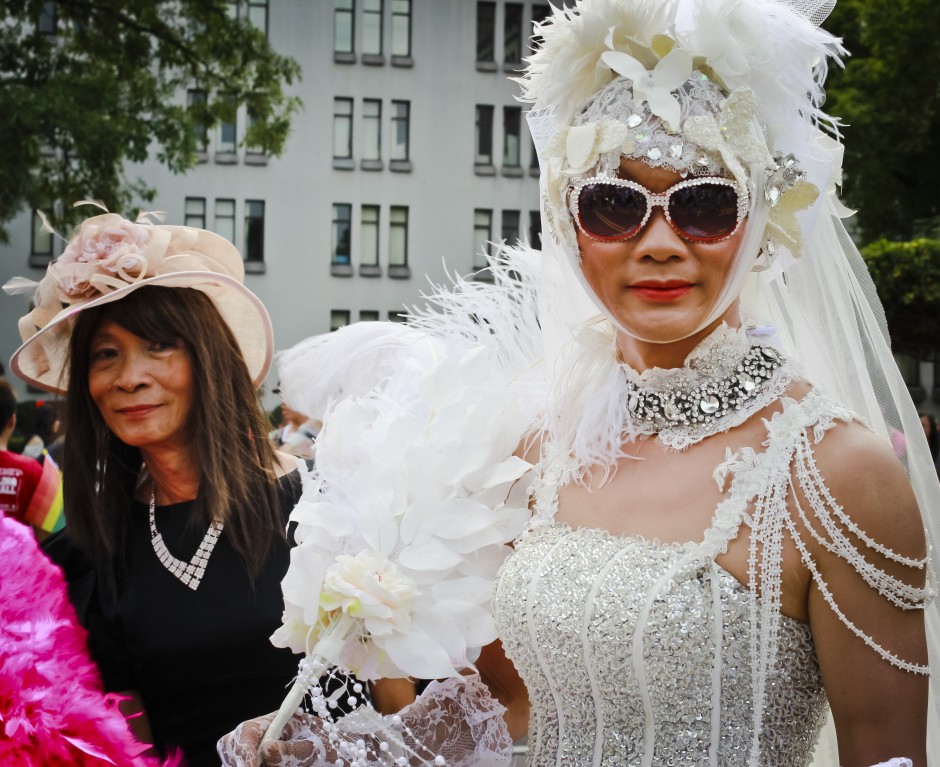 The Pride Parade in Taipei is entirely grassroots,and extremely noncommercial. For an event with 65,000+ people in 2012 alone, the official date of the parade is not announced until about a month beforehand. 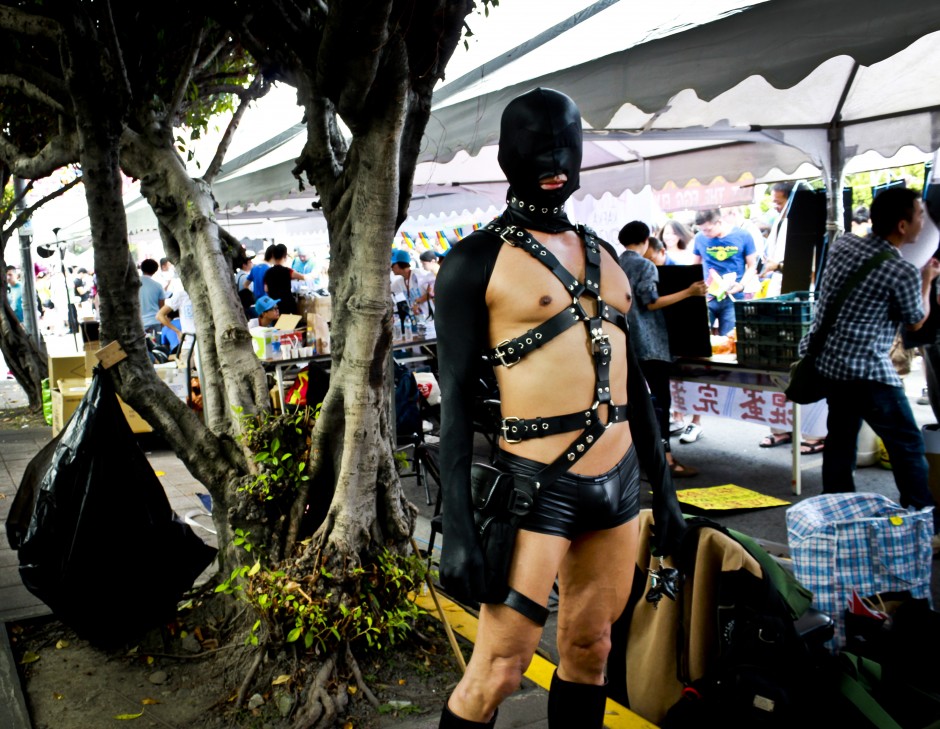 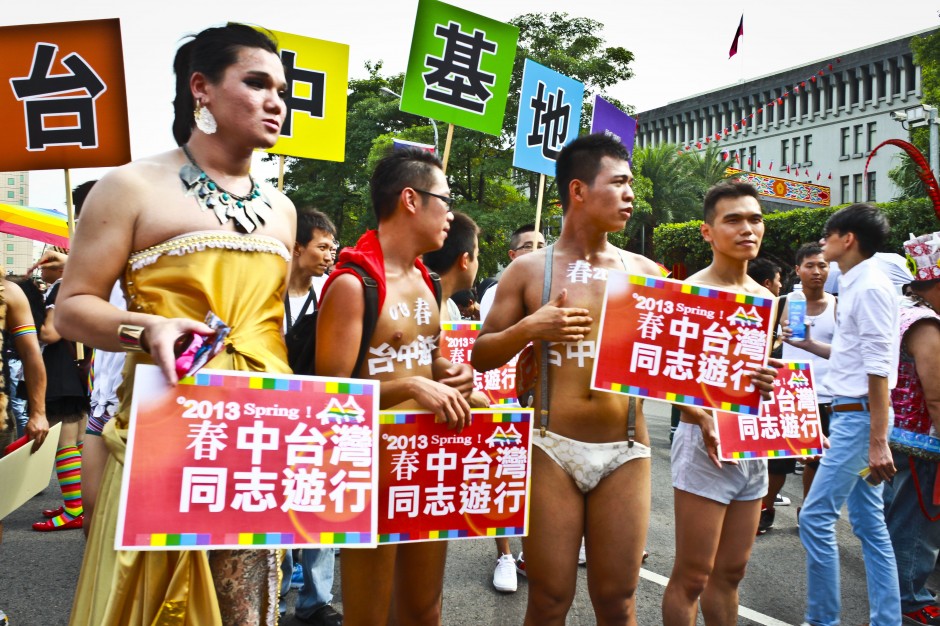 This year's parade revolved around the theme "I Do! Do I?" Regional groups from all across the island and from many international destinations came together to march in support of equal rights to marriage. 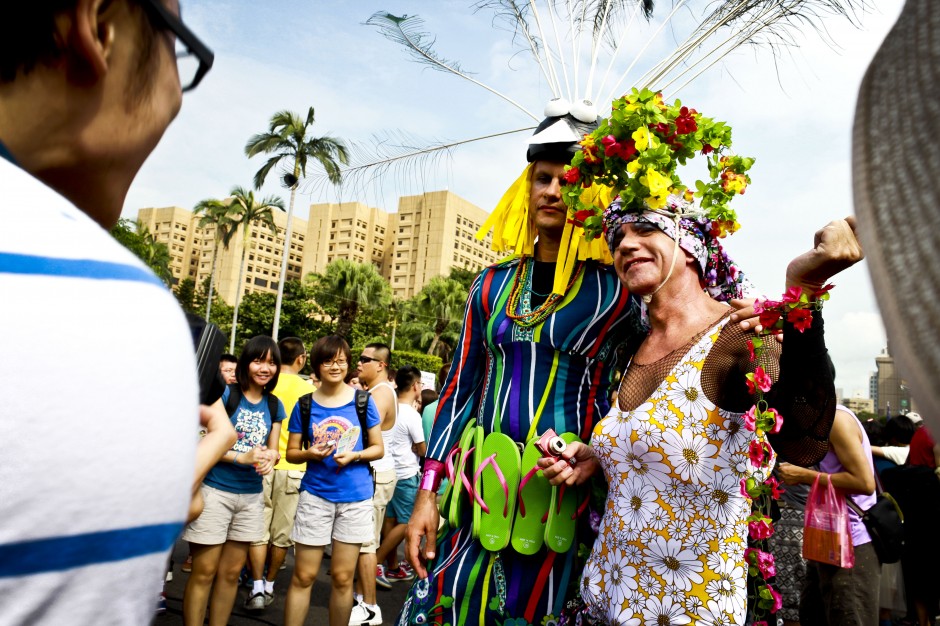 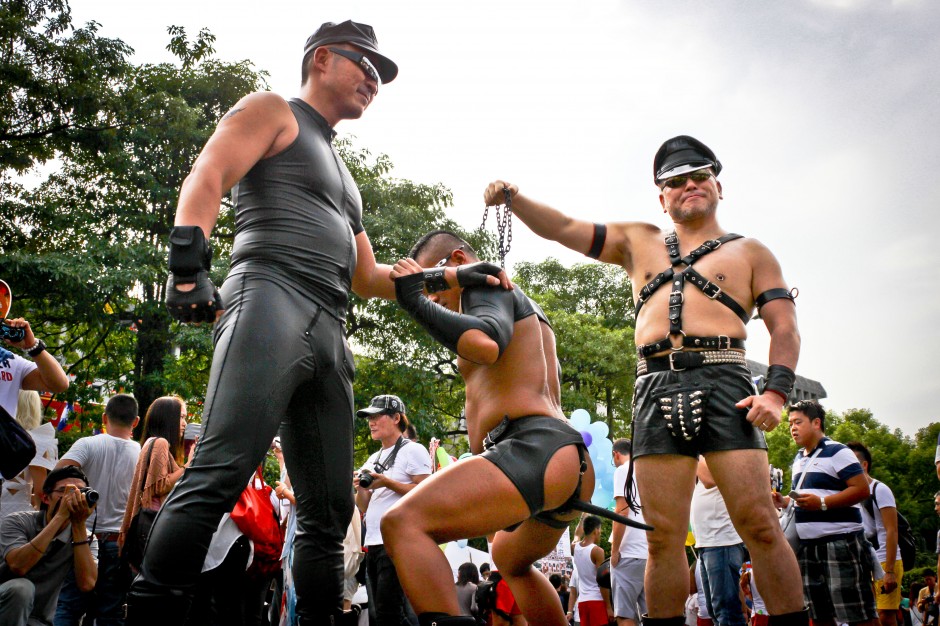 Taiwan Pride saw a host of kinky people, leather daddies, and bears. When not raising consciousness via the Pride Parade, most of the LGBT community in Taiwan congregates in the Ximending Area of Taipei City, which is home to many popular gay and lesbian bars, leather shops, and the Red House Theater, a performing arts space designed by the Japanese in 1908. 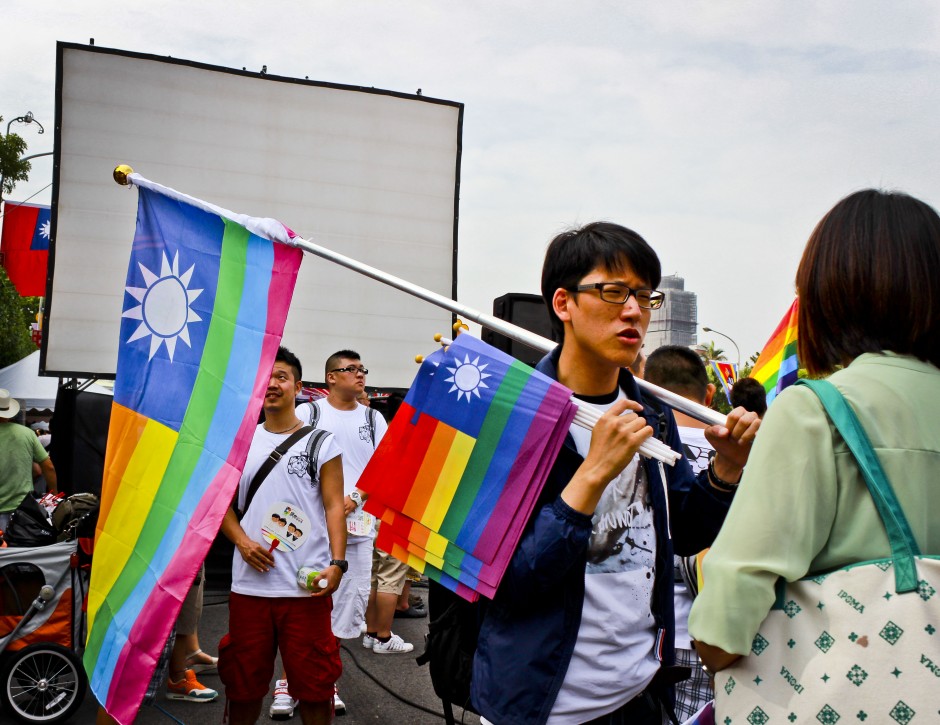 There are a number of active LGBTQ student groups at the universities in Taiwan, where local and international students and allies gather together on a regular basis. The National Taiwan University (NTU) Gay Chat club is easily the most famous, and they generally see 50+ people at all of their weekly meetings. 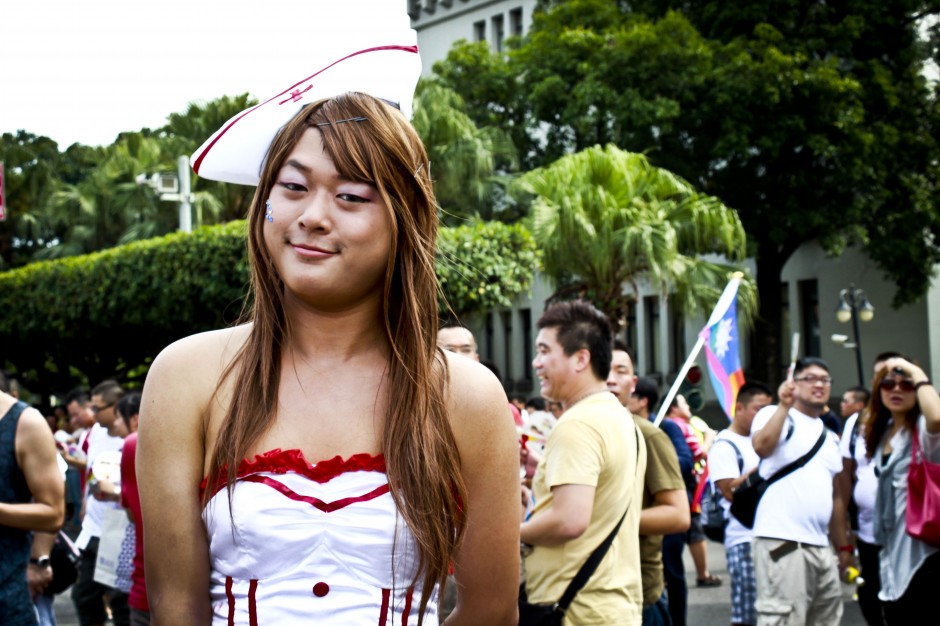 Hundreds and hundreds of people gathered together by the Presidential Office in the hours before the parade kicked off, some dressed in ordinary street ware, some dressed to kill. 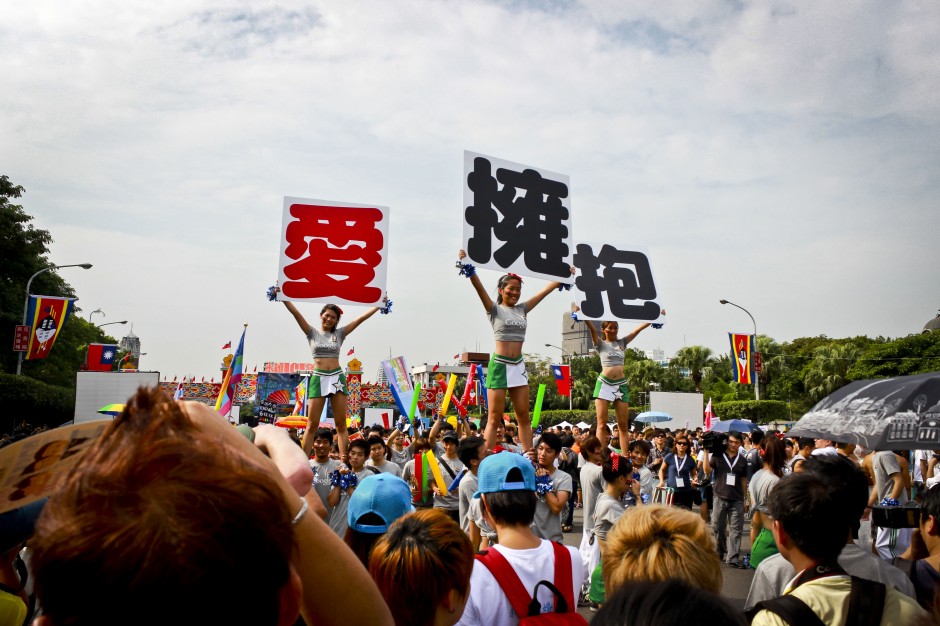 As it got closer to 2pm, the noise kicked up in the streets. Participants formed human pyramids and displayed bold posters encouraging all of Taiwan to embrace equality. 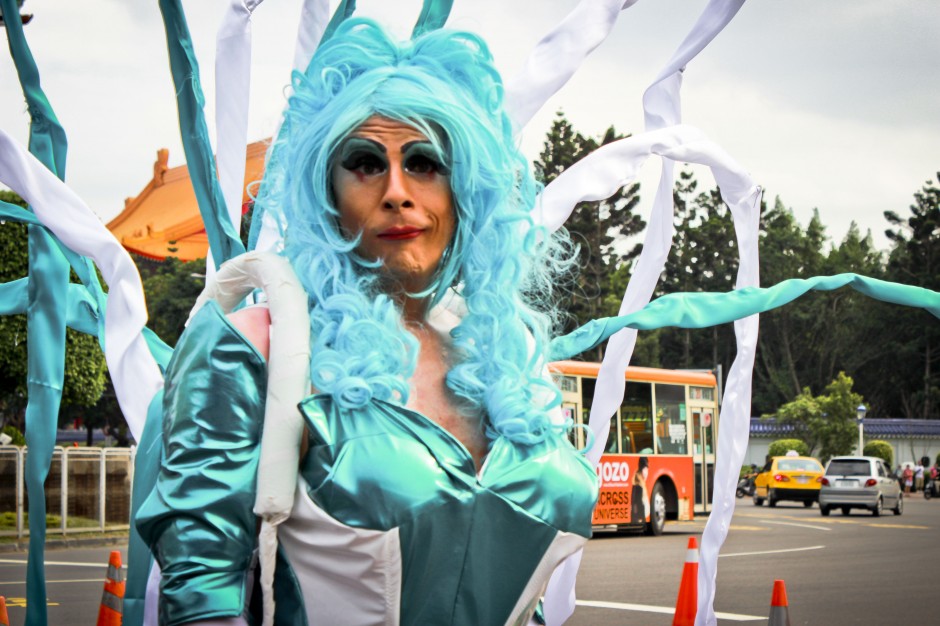 Drag queens strutted their stuff and blew kisses in every direction. Large groups of people often congregated together to cheer for the most colorful and creative costumes. 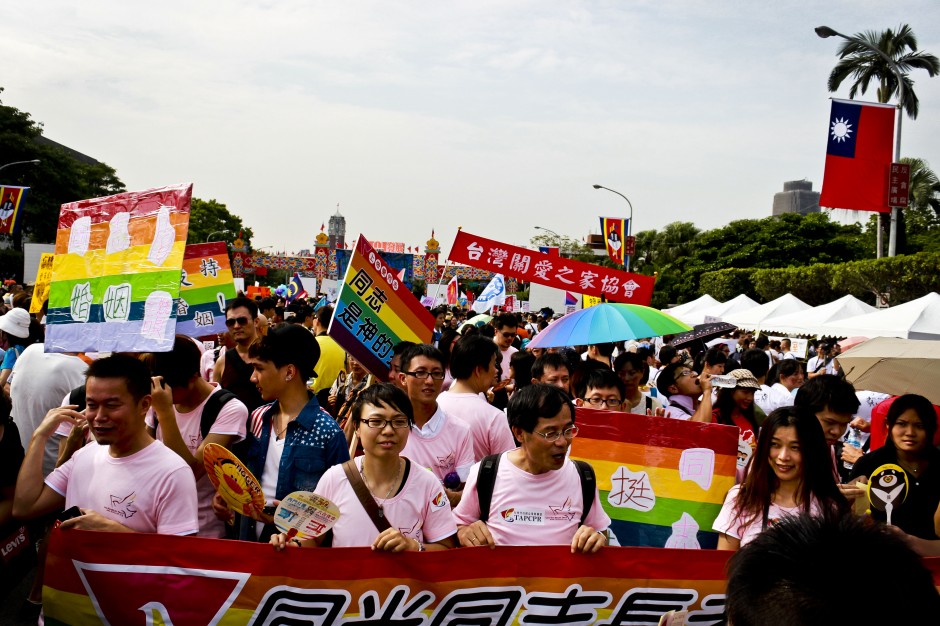 Many local churches came out to march in support of the principles of equality, including this bustling group from Taipei City. 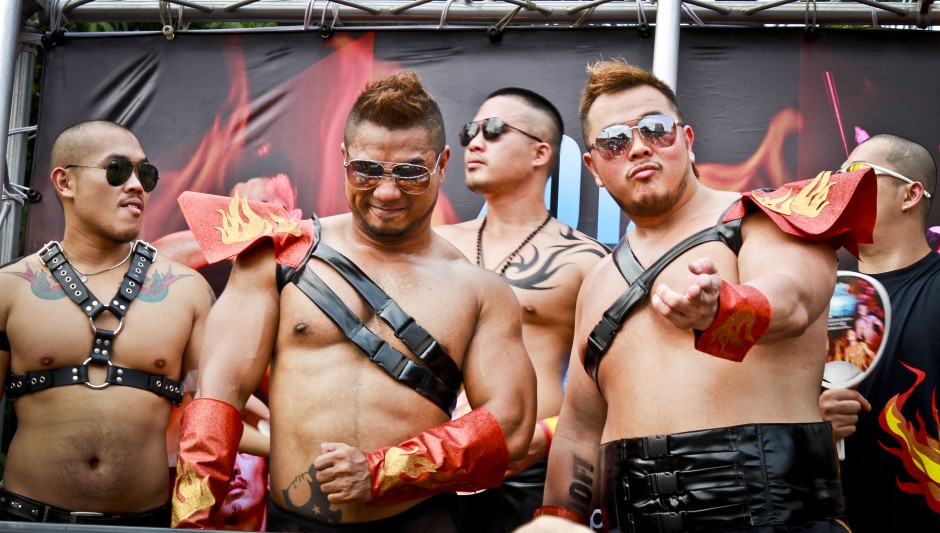 Large trucks carried around small groups of people in visually striking costumes with speakers that blared bass-heavy dance music. Dancing on the trucks themselves and in the streets around the trucks rippled through the crowd, igniting laughter, movement, and much fabulousness. 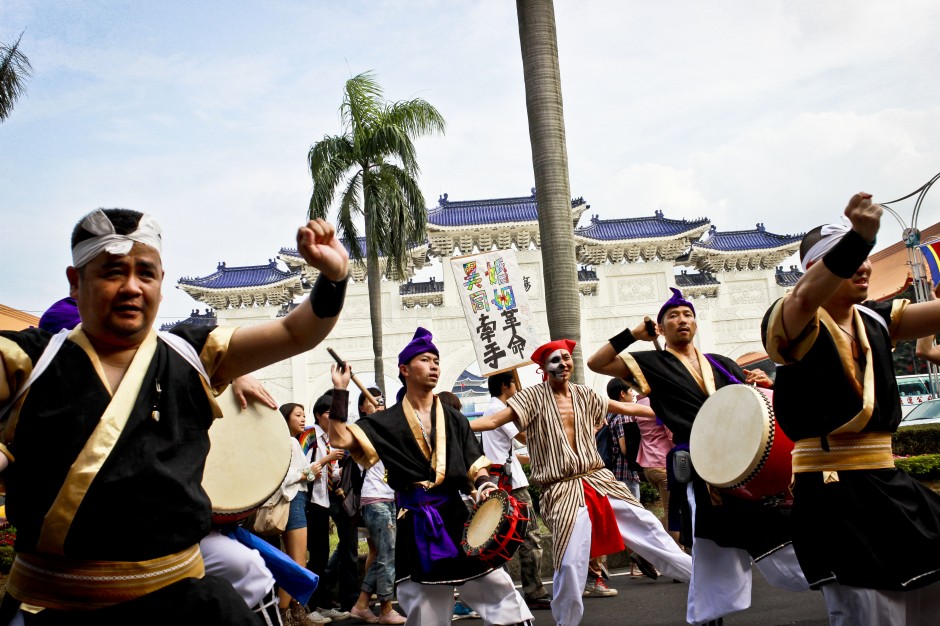 The parade wound through the city, passing Chiang Kai-shek Memorial Hall. A landmark bill to legalize same-sex marriage in Taiwan has been pending since 2003, and the dancing, drumming, color, and support exhibited by participants in this year's Pride Parade have not gone unheard.

Tagged
LGBTQ Travel
What did you think of this story?
Meh
Good
Awesome

Celebrity Chef Interview: Graci Kim of 'Graci In The Kitchen'

Get Paid To Study Chinese in Taiwan

A Hello Kitty Tour Around Japan and Taiwan

10 Places Where Graffiti Is Legal