STREETS OF AFGHANISTAN premiered in the remote village of Istalif, on the Shomali Plain north of Kabul.

Four years ago, I envisioned a collaborative photography exhibition between Afghan photographers and Western photographers that shared a deep affection for this country. Instead of a gallery show, I imagined immersing the viewer in the images, to bring the art off the wall and into the viewer’s world.

I wanted to see people’s reaction as they interacted with life-size images and hoped it would change American perspectives of Afghanistan — that if we saw it as a country with a beautiful spirit and culture, we would be more invested from a humanitarian perspective.

Two weeks ago, I saw that vision come full circle as we brought the exhibition to Afghanistan, to Afghans themselves. 28 photographs lined the market streets outside of the mosque on the first day of Eid in the village of Istalif, and the reaction was nothing short of amazing.

“The very creation of art is in itself an act of optimism.”
– Lana Wachowski 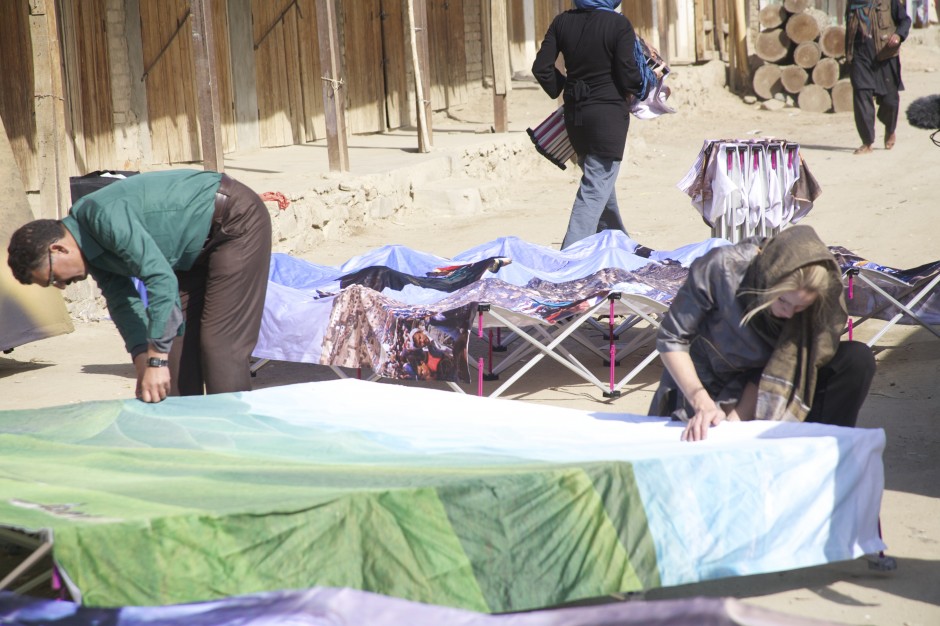 the exhibition itself is an enormous task. It takes two people to assemble each image, a lot of muscle and stamina to move the exhibition into place, and a lot of ingenuity to keep them composed on 4x4 roads. Luckily, our team had all of that in spades. All photos: Tony Di Zinno 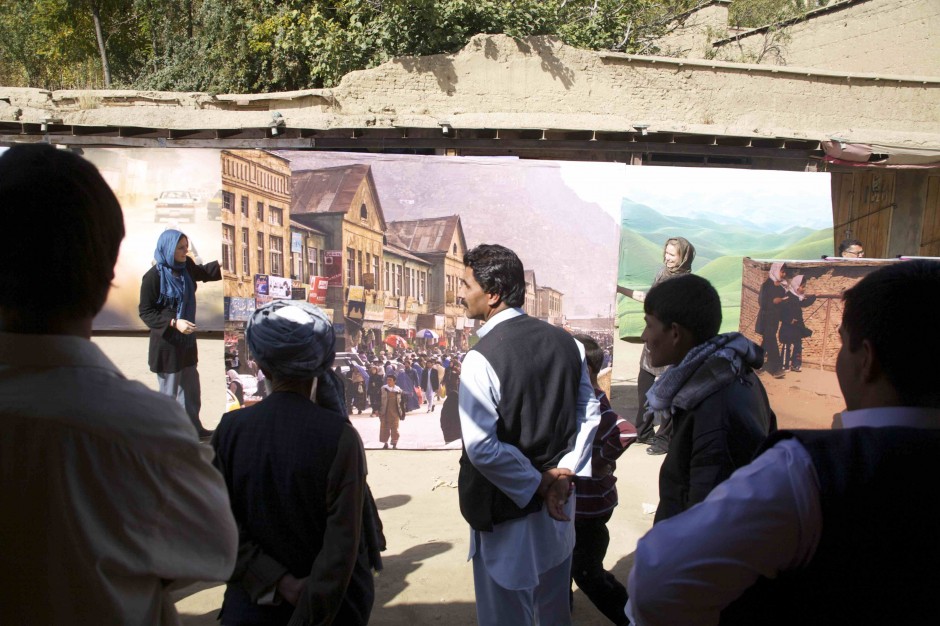 expressed their doubts about the feasibility of pulling this off in a country like Afghanistan. Many more questioned the value of taking such a risk for 'art'. Would Afghans understand it? What's the point of doing this in a war zone? It's not worth the risk. What that really means is they think Afghans aren't worth the risk. That because this is a country fraught with conflict and poverty, art doesn't have much importance. I disagree. I think art is all the more important here. So when I was asked, often, "Is it worth it?" ... 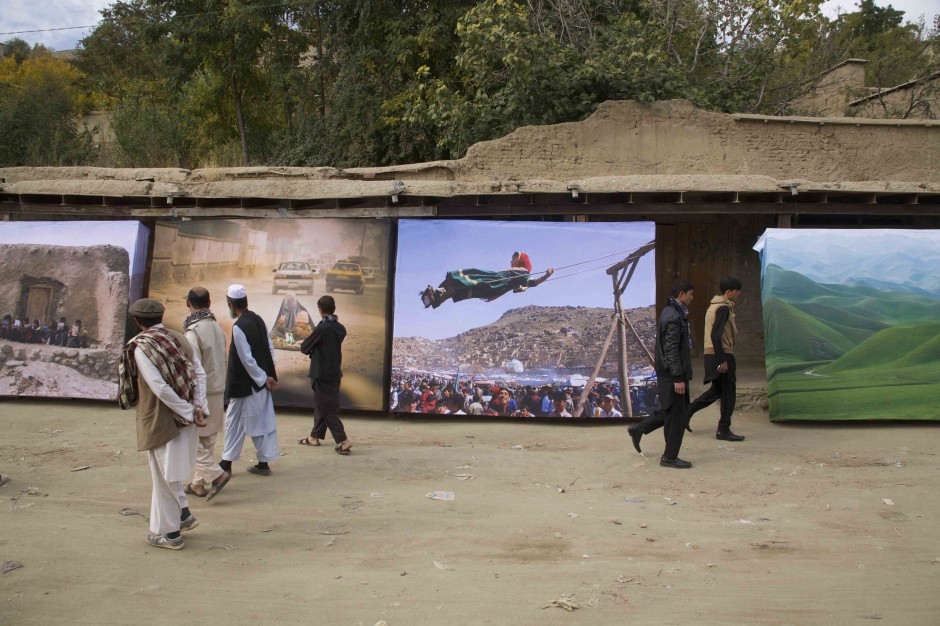 HELL yes. Beyond a doubt it's worth it. 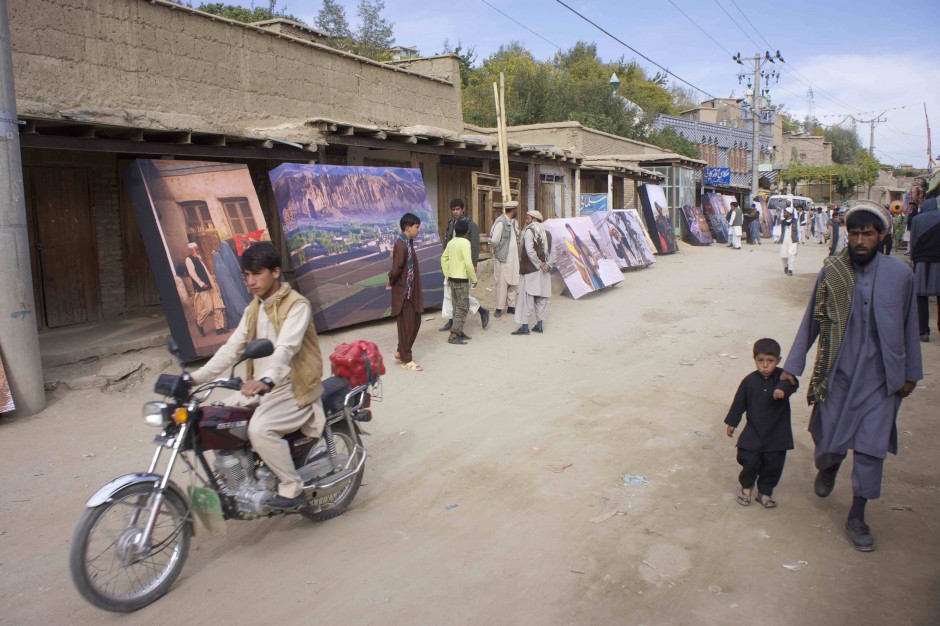 and laugh while pointing at the images and talk animatedly with each other, and to have old men with elaborately turbaned and ancient faces tell me "thank you" in halting English, makes me prouder than anything I've ever done in this country. 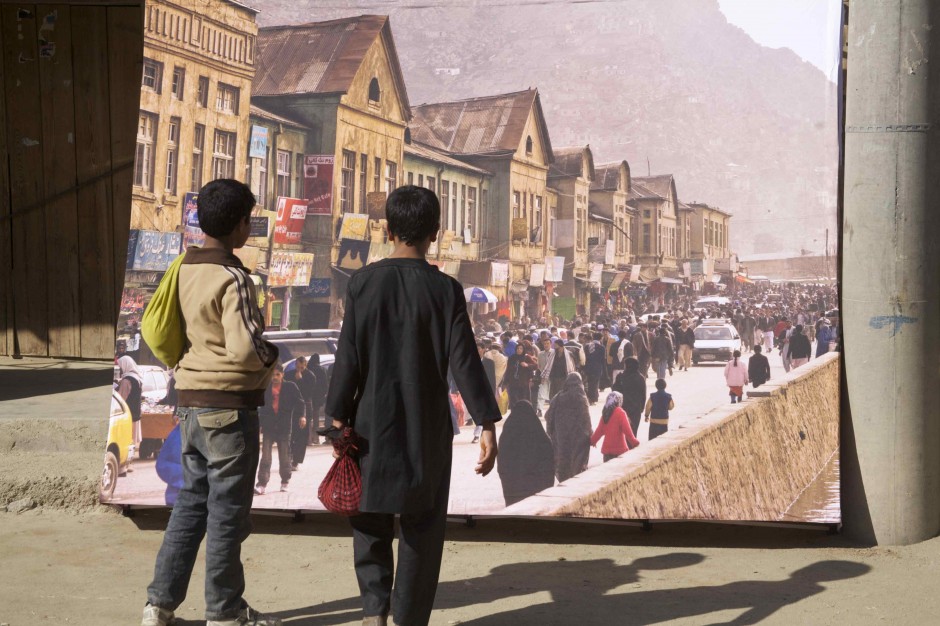 young boys look at a photo of a busy Kabul street for 20 minutes as though they were right there -- never having seen such a scene in person. 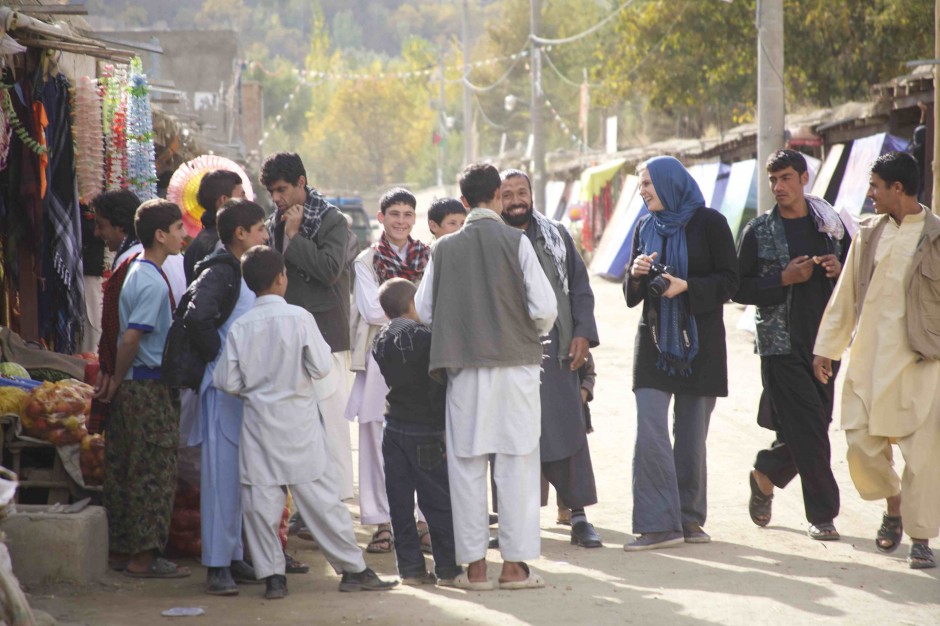 we were treated with honor and grace from the entire village. Invited to lunch, for tea, and with multiple offers to spend the night with families. The same response I have been beyond blessed to experience in many other Afghan villages, proving time and time again: Hell yes. It's SO worth it. I'm honored to bring this show to Afghanistan. I'm honored to showcase another side of Afghanistan back home. Yeah, it's worth it.

Tagged
Afghanistan Ambassadors
What did you think of this story?
Meh
Good
Awesome
✖
travelstoke
Download the mobile app
stoked by