If you want to experience Las Vegas like a local, the first thing you need to do is get the hell off of the Strip. Fremont Street in Downtown Las Vegas is the second-most-popular tourist area in Vegas, and yes, locals do actually hang out there: even those of us perpetually surrounded by spectacle still enjoy the crazy-ridiculousness of Fremont. But aside from Fremont Street, what else is there to do off-Strip? A LOT, actually. These are a few of our favorite things off the Strip and away from the tourist crowds, from bars and restaurants to entertainment to the great outdoors. 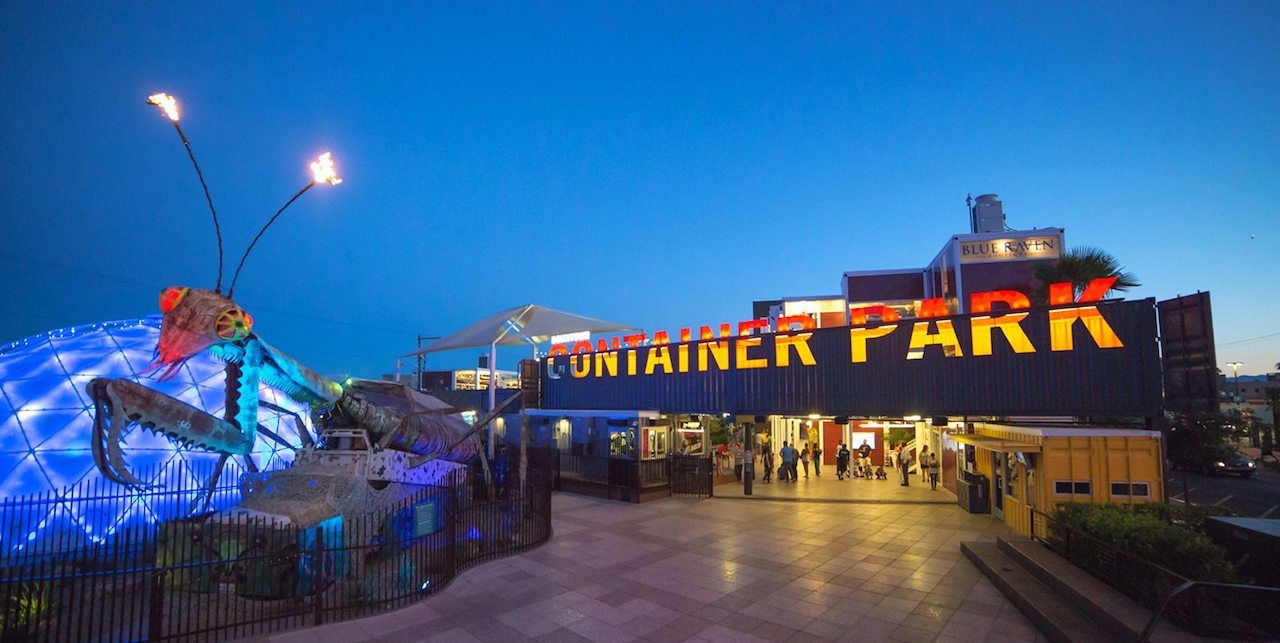 There’s Fremont Street, aka “The Fremont Street Experience,” which exists entirely under an LED canopy that you can literally zip-line through. Then there is Fremont East, where the locals head after they have had enough of the chaos of Fremont. Popular locals’ haunts include the Griffin, known for its fireplaces, killer jukebox, and stiff drinks; the Downtown Cocktail Room, which has excellent craft cocktails and a “secret bar” in the back, where locals know to retreat; Park on Fremont, is famed for its stellar brunch, kooky art and taxidermy, and phenomenal backyard patio oasis; and newcomer Corduroy, a nostalgic rock ‘n’ roll style bar that’s built for the Instagram age.There is also the Downtown Container Park, a shopping and entertainment complex built entirely of shipping containers (the first of its kind in the U.S.) with events, live entertainment, and excellent bars like Bin 702 and Oak & Ivy. Don’t miss the giant metal fire-breathing mantis out front. Actually, you cannot possibly miss that. A little further east you’ll find Atomic Liquors and the Kitchen at Atomic, fraternal Wonder Twin bars that collectively make the best beer bar in Las Vegas, as well as PublicUs, a phenomenal third-wave coffee house, bar, café, and bakery. Right across the street is Bunkhouse Saloon, for all your indie live music needs.

Red Rock Canyon is about 20-30 minutes and yet a whole world away from the Las Vegas Strip. Outdoorsy locals love that they have such easy access to the area in their own relative backyards (though it’s becoming more crowded as the word is out on Red Rock and tourists are now flooding in).

People travel from all over the world specifically to climb the many challenging routes in Red Rock; in fact, Red Rock Rendezvous held every March is one of the largest climbing festivals in the world. The most famous climber in the world, Alex Honnold, recently moved here because of the year-round climbing opportunities in Red Rock and Mount Charleston. Even if you’re not a climber, there are plenty of peaks to bag, typically accessible by both trails for non-technical hikers and technical class 3+ scrambling routes. If hardcore hiking isn’t your style, there are plenty of scenic trails that wind through various portions of the canyon, from the surreal red sandstone of Calico Basin to the lush greenery and flowing water in Fern Canyon. 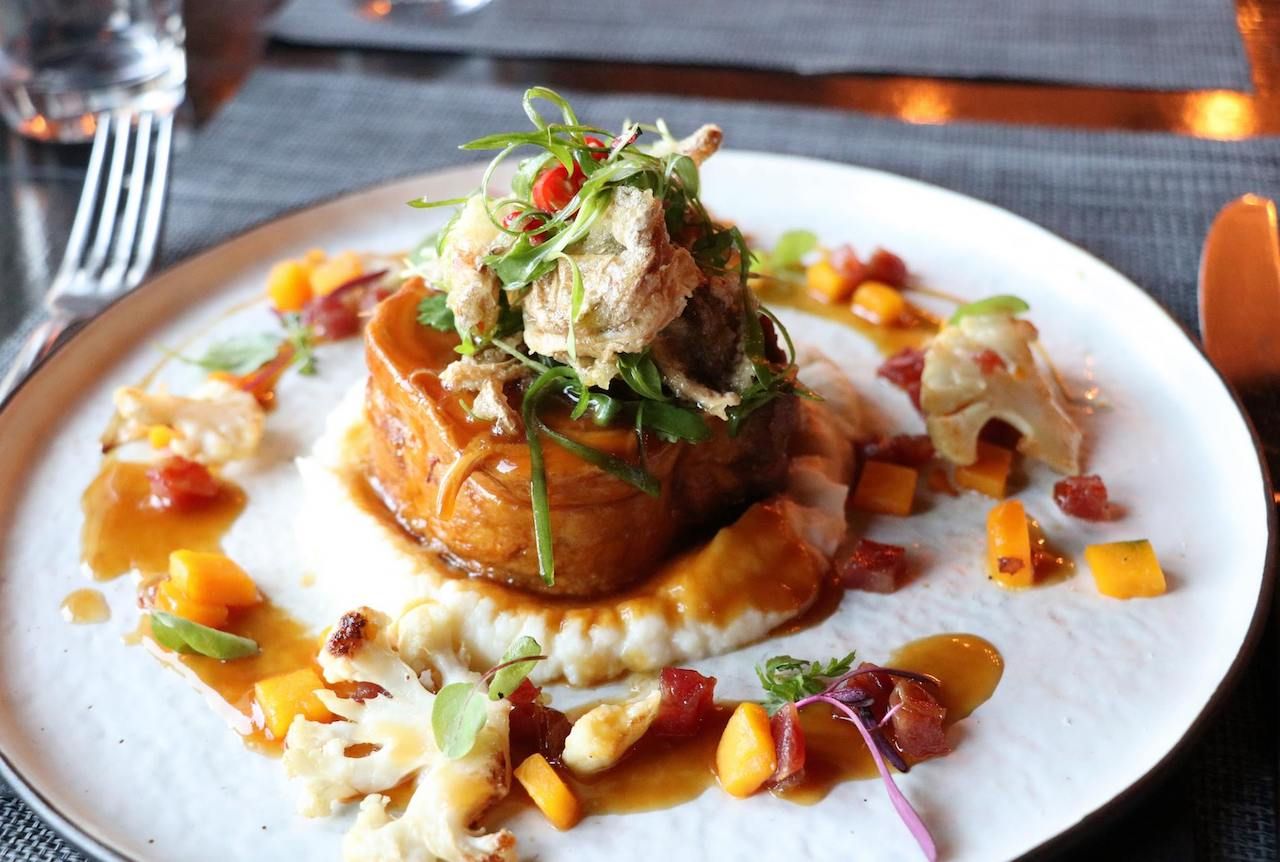 It certainly isn’t news that there are a lot of excellent restaurants in Las Vegas. Every celebrity chef worth his or her weight in artisan salt has some kind of outpost bearing their name here, but truth be told, the top restaurants aren’t the ones armed with multi-million-dollar marketing budgets and primo Strip real estate. The best dishes in town are independently owned and operated off the Strip, helmed by partner-chefs who cut their teeth cooking in kitchens for legends like Joël Robuchon and Daniel Boulud. You’ll find these places in locations like Fremont East, Chinatown, and random strip malls in otherwise boring residential neighborhoods.

The latter is home to the Black Sheep, one of the best new restaurants in Las Vegas. Chef-partner Jamie Tran previously worked at Boulud’s DB Brasserie and Charlie Palmer’s Aureole before going into business with two other partners, both also from DB Brasserie, to open the Black Sheep. The result is a unique Vietnamese-American concept with roots in fine dining and French cooking techniques. The menu is relatively small but each item is prepared impeccably well (be sure to get the beef crisps and braised Duroc pork belly), with an excellent selection of craft cocktails and an affordable wine list. Tran’s cooking has received so much praise that she was a semi-finalist for a James Beard Award this year. 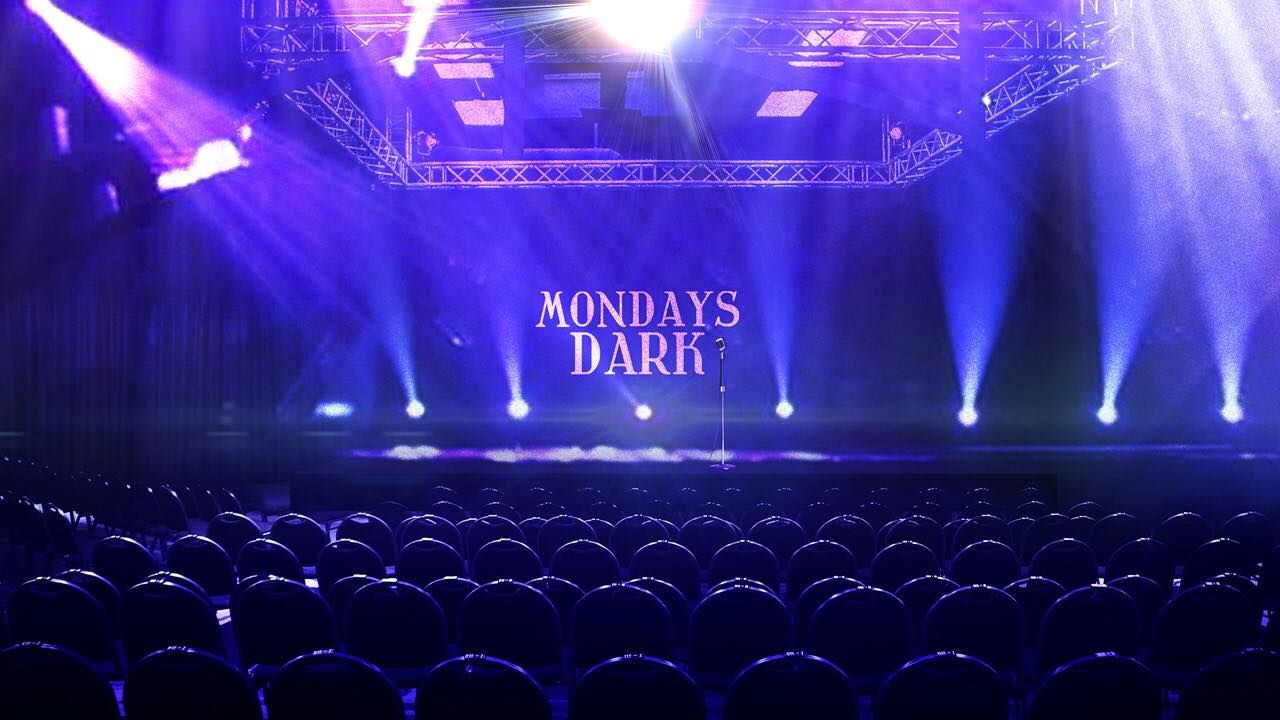 If you know anything about Las Vegas aside from casinos, then you know that this is a city known for its entertainment. Cirque shows, magic shows, comedy shows, musicals, spoof shows, dinner shows, pop stars and rock legends in residency, and pretty much anything else you can imagine play here nightly. Any one of these shows is great entertainment, but there is one show that changes every single time it is performed and features a revolving cast of stars from all of the other shows in Las Vegas: Mondays Dark at indie performing arts and events venue, The Space. Twice a month on Mondays (when many Vegas shows are dark), an ever-changing lineup of Vegas performers, athletes, and celebrity chefs come together for a 90-minute variety show. No two evenings are ever alike, and tickets start at just $20. The best part is, the proceeds of each performance go to benefit local Las Vegas charities. 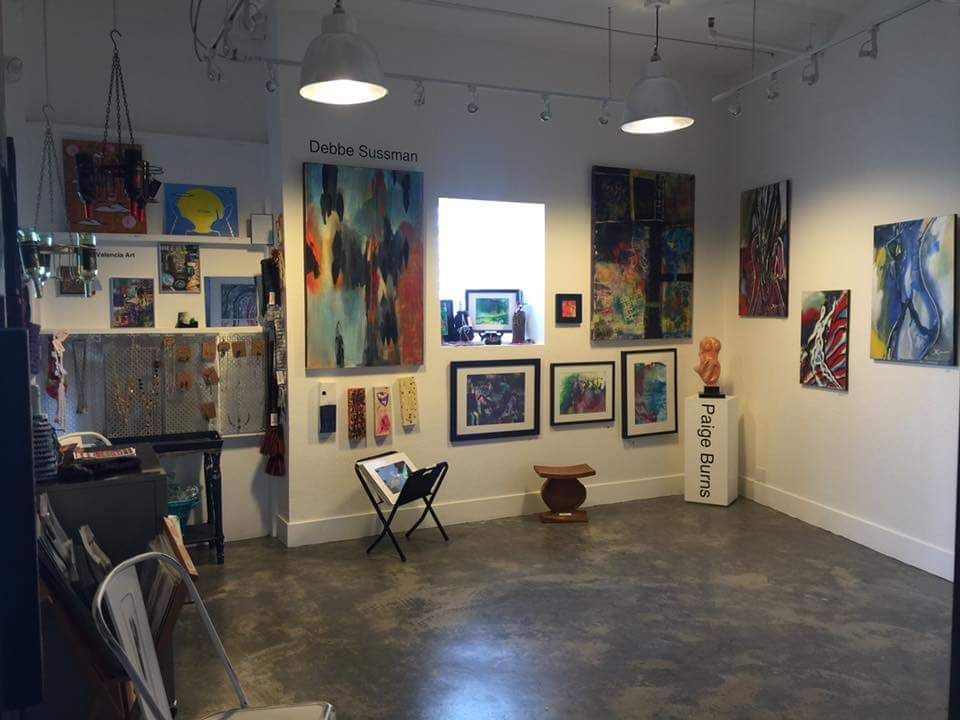 Most people who don’t live in Las Vegas have no idea that Vegas has an Arts District. Well, we do, and it’s actually pretty awesome. Many people get their first introduction to the Arts District with First Friday Las Vegas, a monthly art festival held in the footprint of the Arts District with art and craft vendors set up outside along with live performances and a herd of food trucks, while the artist studios and gallery spaces inside venues like Art Square and the Arts Factory all open to the public.

But the businesses here are open more than just that one day per month. Grab a drink and catch a DJ set at Artifice inside Art Square, or check out an intimate independent theatre production at the 99-seat Cockroach Theatre in the same building. Order a specialty coffee or cocktail and some Latin comfort food for breakfast, lunch, or dinner at Makers & Finders. Next door, get a flight of expertly-crafted beers at Hop Nuts Brewing. Order a craft cocktail or two at the Velveteen Rabbit, and check out the music on the back patio.

At ReBAR, browse all the antiques (everything you see is for sale!) while you sip on a craft beer or cocktail. Hit Mingo Kitchen & Lounge for bottomless mimosa brunch on Saturdays and tacos aplenty the rest of the time. Or check out the recently-opened Esther’s Kitchen, serving up “seasonal Italian soul food” with pastas and pizzas made fresh daily and topped with produce from their own herb garden along with house-butchered meats. 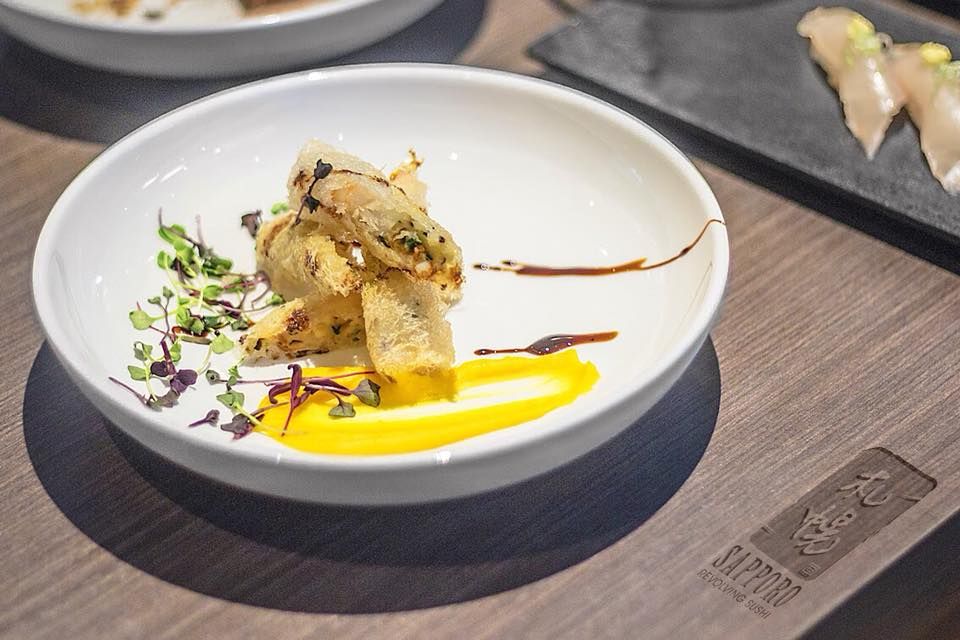 Like most other major cities, Las Vegas has a Chinatown, and it’s only 10 minutes away from the center of the Strip. The neighborhood features hundreds of restaurants that include not only traditional Chinese dim sum joints but also all varieties of Japanese, Korean, Thai, Filipino, Vietnamese, and Hawaiian cuisines, interspersed with just about every imaginable Asian-fusion concept therein — Japanese-Italian, anyone?

There are dozens of places to recommend in Chinatown and its surrounding areas ranging in price from pocket change to treat yo’self, but we’ll just highlight a few to get you started. Aburiya Raku, the Japanese robata grill and omakase restaurant where the wait is consistently hours long, and its sister dessert café and wine bar Sweets Raku, are at the top of this list. Widely considered to be among the best restaurants in Vegas by everyone from local chefs and restaurant critics to Anthony Bourdain, Raku is well worth the wait (especially if you do said waiting at Sweets Raku, conveniently in the same complex).

Other popular Chinatown spots include Chada Thai & Wine, Monta, Kabuto, China Mama, and District One. Newcomers Sapporo Revolving Sushi (the first conveyor belt sushi in Vegas) and Ramen Hashi are also quickly making a name for themselves as some of the best in the area. And nowadays, absolutely no trip to Chinatown is complete without a cocktail or Dole Whip at the Golden Tiki, one of the hottest bars in Vegas among the locals. 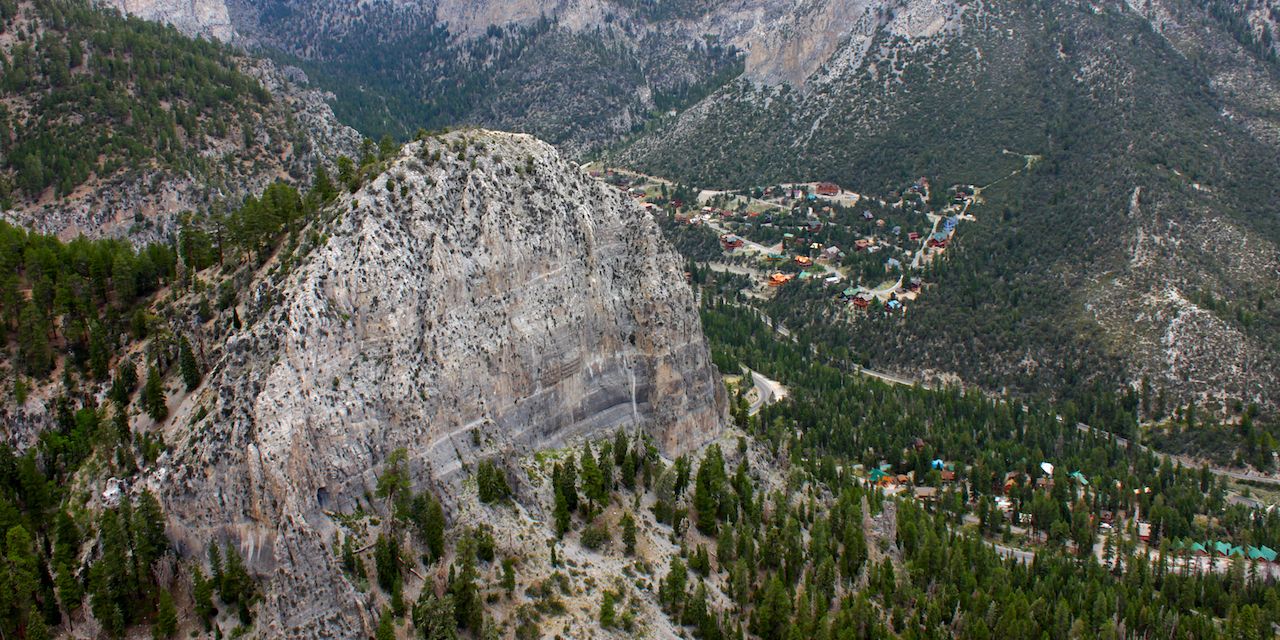 It’s a rare thing to see snow in the Las Vegas Valley, but an hour north of the Strip and you’re within the Mount Charleston Wilderness in the Spring Mountains National Recreation Area (“Mount Charleston” is also the name of one of the peaks in this area, but locals tend to refer to almost the whole mountain range collectively as “Charleston”). Here you can ski, snowboard, and snowshoe to your heart’s content in the winter. In the summer, locals head out to Charleston to escape triple-digit temperatures – it’s usually about 20 degrees cooler up there – and hike among the ancient bristlecone trees and forests of towering ponderosa pine. There are hikes available for all skill levels, making this a very popular place for families, and seasonal waterfalls can be spotted as the snow melts. No matter the time of year, the Resort on Mt. Charleston is a popular place to grab a bite on the patio after a hike or enjoy a warm drink by the fireplace after a day out in the snow. 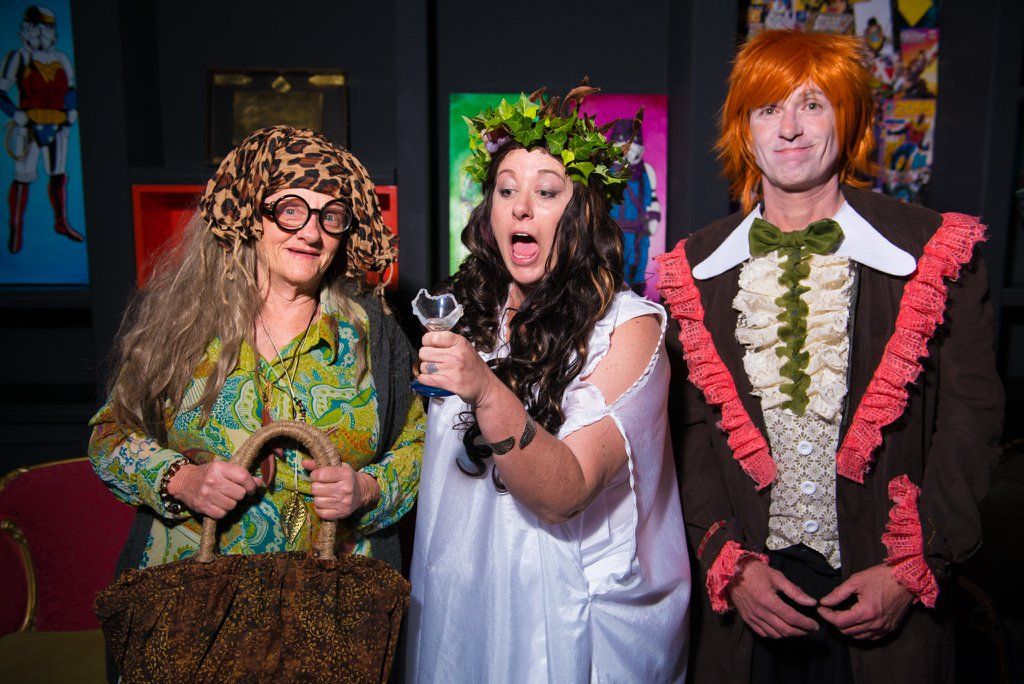 There is a place in Las Vegas where people cosplay almost nightly. A place where Star Wars fans and Star Trek fans co-exist in perfect harmony, where trivia showdowns of nerds versus geeks happen once a week. In this magical place, fandom movies and TV shows are screened weekly, and karaoke nights require songs be from the same, with costumes and props encouraged. This bar hosts its own cosplay festival, as well as fandom-themed events every week, from Lord of the Rings to Harry Potter, Marvel to DC, anime to Disney, The Walking Dead to Supernatural, Game of Thrones to Westworld, Ninja Turtles to Power Rangers, Wastelanders to Rennies. This is a place where it’s SDCC year-round, and it is unique to Las Vegas. This place is the Millennium Fandom Bar, and if you are a part of any fandom, you have just found your new home away from home.

Drinking in Las Vegas: Where to find the best bars
Tagged
Insider Guides Las Vegas, NV, United States
What did you think of this story?
Meh
Good
Awesome

The 7 Coolest Neighborhoods in Las Vegas: Where To Stay, Eat, and Party