I SPENT WAY TOO much time trying to figure out what I’d need on my first ever cruise – a weeklong trip in the Mediterranean as a guest of the Star Flyer, a clipper ship in the Star Clippers fleet. Here’s what I wish I’d known.

Disclaimer: Most of these suggestions will apply to any Mediterranean cruise, but it’s based on my time on the Star Flyer.

Bring layers. I figured, hey, it’s the Mediterranean during summer; it’s going to be hot. I packed only one light sweater, which I thought I’d only need on the plane (why are planes always cold?). I ended up wearing that sweater every evening; when you’re on deck, especially if the ship’s moving, it can get chilly.

A rain jacket is never a bad idea, particularly if you’re going in shoulder season. It’s good for both warmth and keeping you dry.

Consider packing more than just your most fitted outfits, because there will be food available most of the time. And if you’re anything like me, you’re not ever going to turn down chocolate mousse.

Tank tops and skirts or shorts worked well during the day. There were a few churches that I visited that required a bit more modesty, and I was glad that I had a scarf to use to cover up my shoulders.

You don’t have to change for dinner, but if you want to dress up a bit, a sundress is really all the fancier you have to go.

For other cruise lines, make sure to check the dress code. Some require more formal wear for the evenings, and you’ll stand out, in a bad and awkward way, if you’re not dressed up. 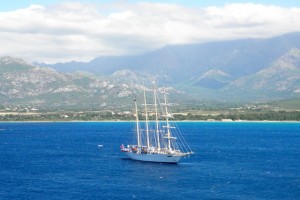 The men were wearing a lot of polo shirts with shorts or trousers. a bit like being at a lunch at a country club — “resort casual” is another phrase thrown around along with “informal elegance.”

Jackets and ties are definitely not needed, though a sport coat could be a nice touch for the Captain’s Dinner, typically on the second-to-last night. However, it’s definitely not required.

Consider a hat and definitely sunglasses. It’ll be breezy on deck at least once, and it’s likely to be sunny most of the time.

The ports you stop in will inherently nearly all have beaches. I brought two bathing suits, alternating depending on which suit was dry that day. You’ll also need a suit if you’re planning to do any of the water sports – snorkeling (gear is provided), SCUBA (gear and instruction provided), kayaking, etc. If you’re SCUBA certified, bring proof of that if you want to dive without having to take lessons.

I watched in amazement as one German woman with impossibly blonde hair spent most of the cruise in stiletto heels. I can’t walk well in stilettos all day, much less on the deck of a ship that, while mostly stable, did definitely roll gently. If you can do it, then go for it.

For those of us who can’t balance on 5-inch heels, a pair of ballet flats seems to embody the “informal elegance” that’s billed as the type of dress onboard. For men, I saw a lot of loafers on the older passengers, and a handful of trainers/tennis shoes on the younger ones.

Some of the excursions included some rocky moments, but nothing a pair of Chacos or Converses couldn’t handle. Some could include rougher terrain; check out the options that you might be interested in for your specific voyage and plan accordingly. A good pair of running shoes would likely be enough support.

A pair of flip-flops or sandals. Again, it’s a cruise, and you’ll be spending time at the beach or by the pool.

If you’re planning on climbing the mast (an activity only on Star Clippers cruises, as far as I know), you’ll need a pair of shoes that won’t come off. They have to have a strap around your heel, and, ideally, be close-toed. 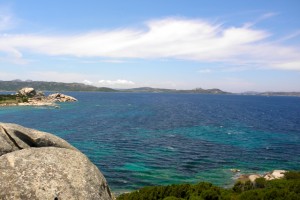 Sunscreen. I ended up paying 16 euros for a bottle of sunscreen in port after realizing the 3 oz that I’d packed in my carry-on just weren’t going to be enough.

Medication. This seems like a no-brainer, but pack some in your carry-on along with in any checked bag, so you have enough even if your checked bag somehow gets routed to Iceland while you’re getting onboard in Athens.

Seasickness pills or motion-sickness aids. Only one day was rocky, and even then, it wasn’t too bad. But it is a sailing ship, and there will definitely be movement. I wasn’t going to take any chances, and I took seasickness pills every day. I saw other passengers with behind-the-ear patches or acupressure wrist bands. It’s worth the precaution; you’d hate to spend your whole trip feeling queasy.

Optional: Shampoo and soap were provided, but not conditioner.

Lounging in the sunlight on a deck chair is a delight, but bring a book or two to make life a bit more intellectually stimulating. It makes for what I see as the ideal blend of relaxation and entertainment.

Bring your camera and any extra memory cards and batteries that you might need. Always assume the worst – you don’t want to be caught out wanting to capture the moment of the sunset off the coast of Sardinia and having no battery left in your camera.

If you bring a Kindle or iPod or any device that needs charging, American plugs will work. Any other type will need an adapter.

You don’t need any cash onboard. Onboard purchases require a credit card; you can also include a tip on the card. Most ports have ATMs in case you need cash on land.

What you don’t need

A phone. You’re on vacation – put the phone away! If you have an international cell, you may get service in and near port. While you’re at sea, you’re likely to be out of luck.

A laptop. I’ll admit it; I brought mine with me. But I could have done any of my internet work at internet cafes in most of the ports, and it would likely have been cheaper than the cost of the internet onboard. There were also computers available in the library; while you still need to buy an internet card, you can use them.

Alcohol. You can bring on food, though I’m not sure why you’d need to, but you can’t bring on extra alcohol, at least not to consume while you’re on board.

Tagged
Lux Travel Europe
What did you think of this story?
Meh
Good
Awesome

From Museums To Medieval Castles, Here’s What You Can’t Miss in Prague