Ireland is an easy place to visit, with a famously friendly population. With the countryside of technicolor greens, cold Guinness and live music in homey pubs, the stark stone cottages of the Aran Islands, a slab of warm soda bread with tea on a rainy day. Each year, Ireland hosts millions of travelers: hikers, historians, bibliophiles and beer-ophiles, looking for a bit of the famous Irish craic. Here are a some guaranteed experiences you’ll have on a trip to Ireland and a few spots we recommend you visit.

Trinity College DublinDublin, IrelandYou don’t want to miss this. The stunning architecture of Trinity College. It is a perfect place to stroll around after a pint of Guinness. Also don’t miss the Book of Kells in the library. #free #history #ireland #architecture

Ireland may be small, but culturally speaking, it is a giant. From literature to music, Ireland has produced some of the greats. Joyce, Yeats, Beckett, Shaw, Wilde, Sinead O’Connor, U2, Brendan Gleeson, Francis Bacon, Neil Jordan…I could go on, but gloating doesn’t become us.

Ireland’s School of FalconryGalway, IrelandFlying the Falcons at Ashford Castle with my brother and sister is something that We’ll all remember for a very long time. Definitely the highlight from our time in Ireland. #falconry #ireland 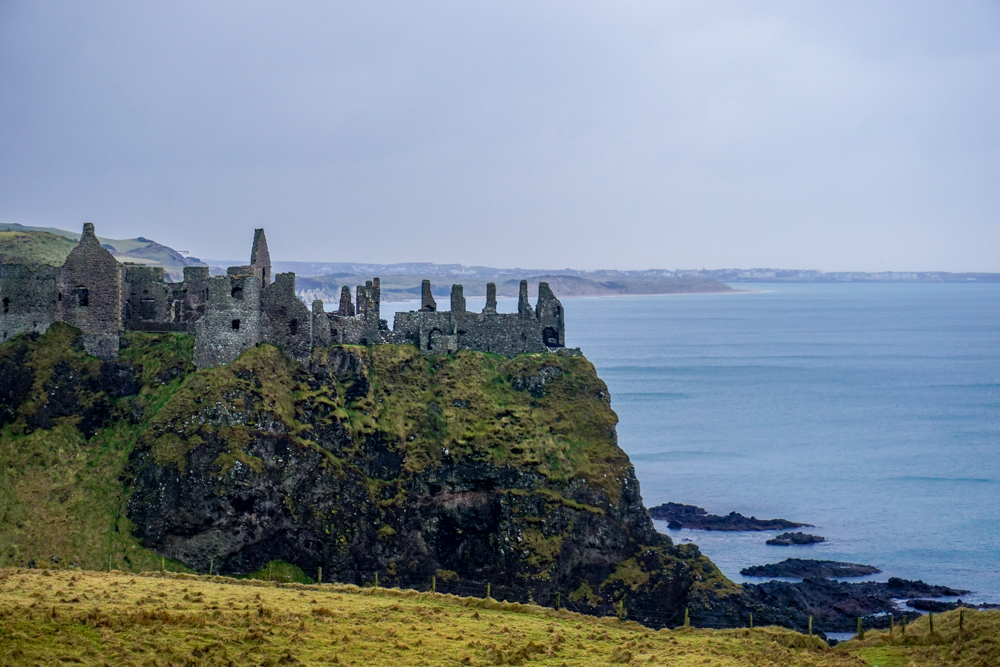 At Dunluce Castle outside Portrush in Northern Ireland, there are megalithic stone formations just next to the road, castles crumbling into fields or perched on cliffs, and random walls and forts and towers scattered around the country. Photo by Kate Siobhan Mulligan.

Connemara National ParkGalway, IrelandIf Western Ireland is calling you, do not pass up the Twelve Bens, the mountain range located in the Connemara region. There are numerous hikes that take you into the range, but the Diamond Hill trail is a great introduction with spectacular views.
The 7km loop will gradually take you through bog land before gaining elevation, gifting you with views out to the coast line. At the summit, you can delight in a sweeping 360• panorama. It’s gorgeous and moderate, a perfect start to your trekking adventures!
#hiking #ireland #galway #connemara #diamondhill #mountains #europe #explore

Ireland is tiny, so you’d think we would see more of it, but until recently the roads were too crappy to traverse the island that much. The Cliffs of Moher carve a zig-zag out of the Clare coast, The Burren is a vast limestone wonderland filled with bogs housing our ancestors and preserving them perfectly, if a bit leathery. The Giant’s Causeway is a UNESCO World Heritage Site (although technically in Northern Ireland, not the Republic). And I can guarantee you you’ve never seen so many rainbows in your life. That’s because of all the leprechauns. Seriously. (Or the rain, but whatever…) 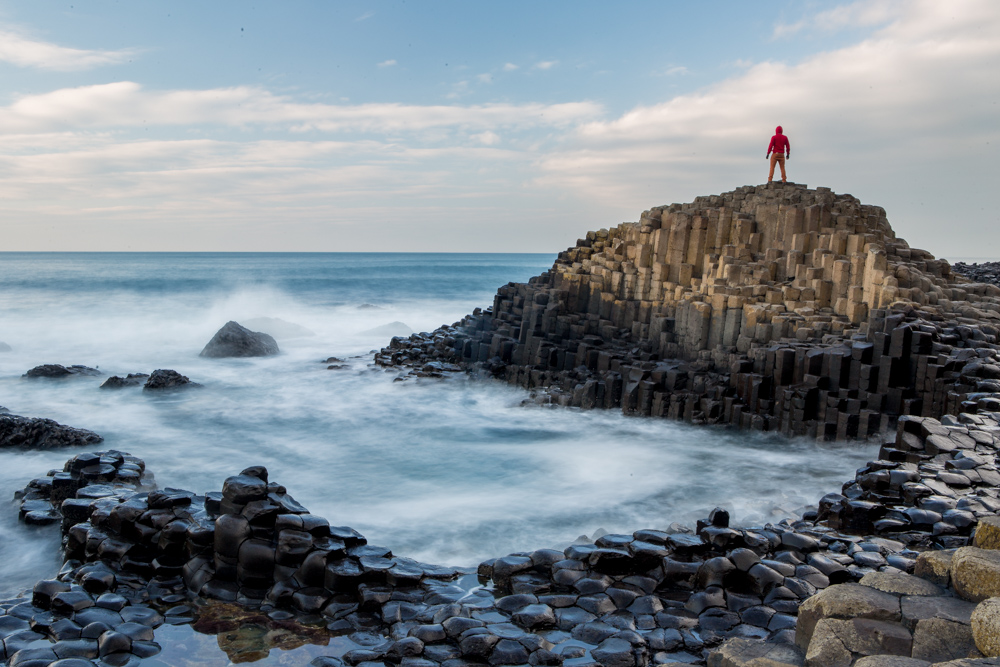 Giant’s Causeway, located in Northern Ireland. This geological formation is worth the trip. The hexagonal basalt columns are larger than your feet, of all different heights and shades of grey. Photo by Kate Siobhan Mulligan. 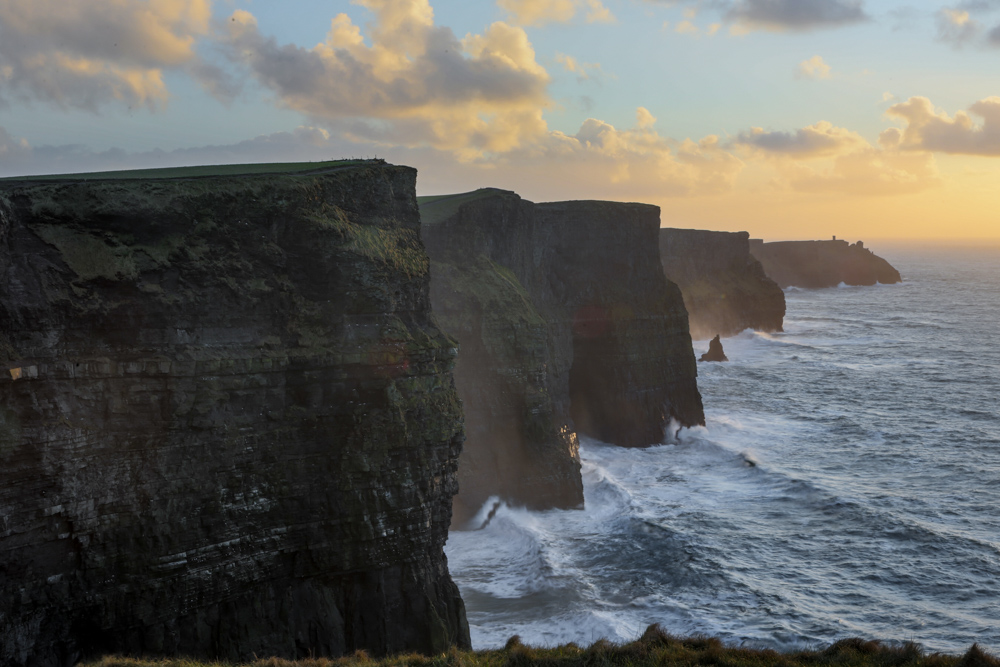 The iconic Cliffs of Moher are about an hour south of Galway, in County Clare. Stay for sunset. Photo by Kate Siobhan Mulligan.

Ahhhh, Gaeilge. It may not be evolving, but it’s still there, on ATMs, at bus stops, and in some parts, it’s still thriving. Seeing as every Irish person has to take it for their Leaving Cert, it enables even the least fluent of us to have a solid linguistic back-up when travelling. We can bitch and moan about people in our immediate vicinity without them having a clue what we’re saying. Granted, slurs don’t get much more vulgar than “Póg mo thóin” (Kiss my ass), but regardless, it’s something we’ve got that no one else does. So there.

Old Jameson DistilleryDublin, IrelandDoes one really need a reason to pop in for a tour and a drink? It doesn’t disappoint

We’re friendly as fuck. The fact that we don’t even hate the English anymore is proof that we can make amends with pretty much anyone. Anyone visiting our fair nation will come back with tales of invitations to dine with the natives, breaking bread, swigging whiskey, and singing songs until the wee hours. The weather may be shit, but we make up for it with our good vibes and open door policy. 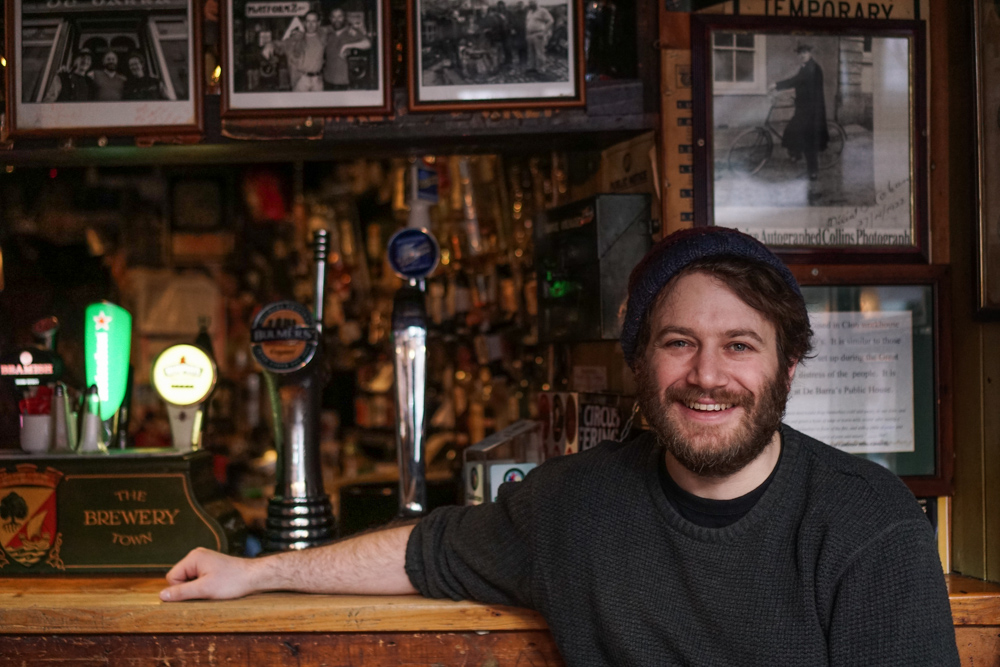 Ray Blackwell, the manager of De Barras in Clonakilty. De Barras was recently voted (again) as one of the best pubs in all of Ireland. Photo by Kate Siobhan Mulligan

Ireland’s political neutrality has safeguarded us from war and diplomatic red-flagging. The Irish are natural fence sitters, choosing to keep the peace rather than rock the boat, which leads larger land masses to welcome us with open arms, saying “Come! Tend our bars, heal our sick, pick our apples! We know you mean no harm!”. They say the our army is the fittest in the world, training around the clock for a battle that will never be fought.

The rain in Ireland is practically perpetual. We don’t even really have seasons anymore, you can just tell what time of year it is by the quantity and temperature of the drizzle or downpour. However, the rain bestows on us a particular hardiness, an all-weather resistance that those from more tropical nations lack. Nothing can phase us. No yoga class shall go unattended, no party un-partied, no barbeque un-grilled, and no school missed. We are Irish, and we brave the weather without raincoats or umbrellas, baring our chests and legs to the elements in defiance of Mother Nature’s constant test. 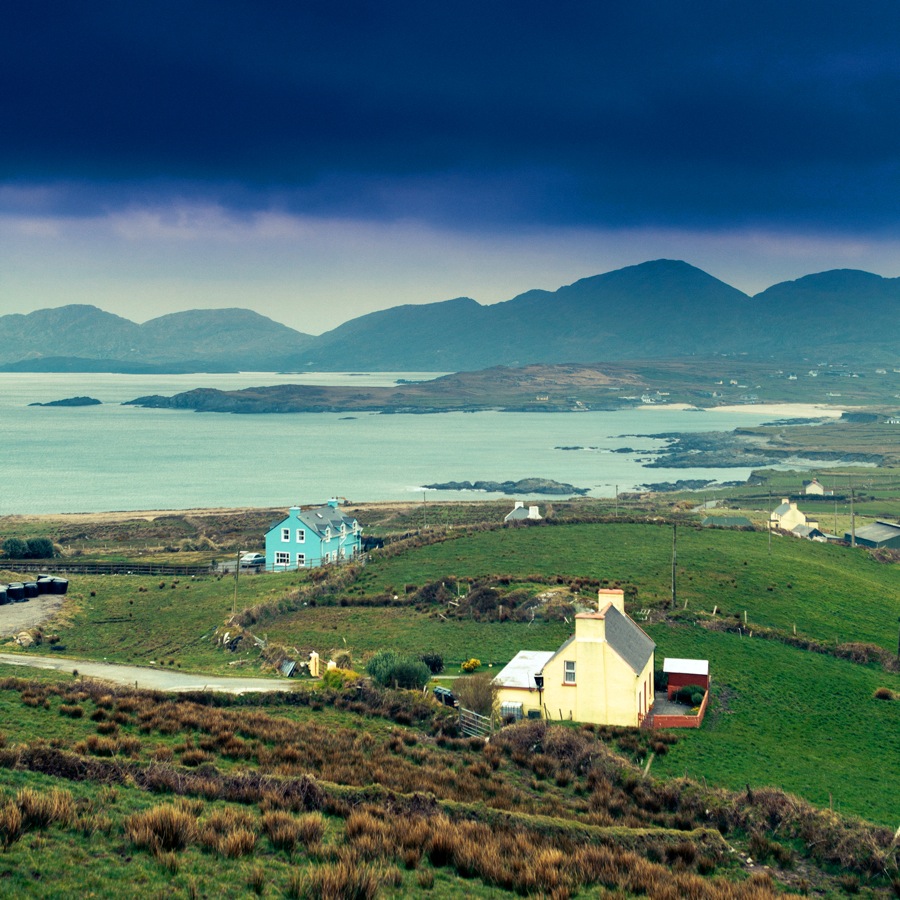 A small town on the Beara Peninsula. Photo by Scott Sporleder.

Glenveagh CastleCounty Donegal, IrelandCastle out on a lake in the middle of nowhere. Rent a bike in the parking lot and go for a cruise up the lake. Lots of different trees and plants and a beautiful garden at the castle. #castle #bike #lake

The Emerald Isle is very safe. Since the recession things, like phones have become a hot commodity for thieves, and say goodbye to your bike if you leave it in town overnight, but apart from that, it’s fairly chill in terms of danger. There’s no large-scale drug racket like in Mexico, no sprawling slums like in Brazil, no man-eating bears like in Canada, and no spirit-crushing dictators like in North Korea. The most perilous thing you’ll encounter at night is a drunk stumbling home after a night’s drinking, and he’s too busy worrying about the holy show he made of himself to bother with you.

Tagged
Trip Planning Ireland
What did you think of this story?
Meh
Good
Awesome