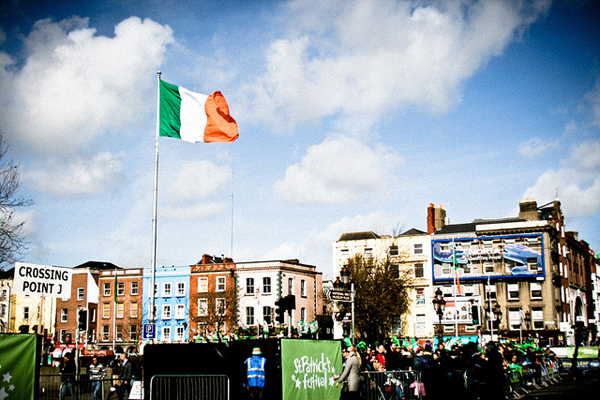 Eva Sandoval lays out the city’s most avoidable attractions…and what you should do instead.

Temple Bar is home to several bars that drunken tourists in green face paint love to frequent. There are lovely things to see in historic Temple Bar — for example, the Irish Photography Centre, the Temple Bar Music Centre, and the Irish Film Institute — but save your tour for the daytime, before things get pagan.

Head to the area around Georges Street in City Centre or make your way down towards Rathmines. 4 Dame Lane and The Globe for your clubbing clusterfreaks; The Duke, The Bernard Shaw, The Bleeding Horse, and Roddy Boland for your beer and GAA matches. 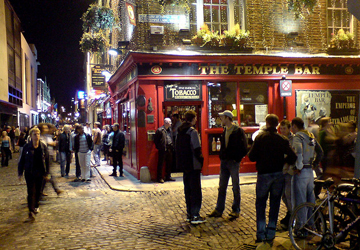 Those in search of the dirty singles scene might entertain the idea of hitting Copper Face Jack’s — a local institution, described in disgusted tones by my Dubliner friends as “a meatmarket,” “full of nurses and gardaí (Irish police),” and “hell on earth.” But, you know, wildly popular with the locals.

2. Don’t… expect to drink all night

Most pubs close at 11:30pm on weeknights and 1am on weekends. Something about curbing alcoholism. Well done.

The party still goes on after-hours in people’s homes. Make sure to hit the off-license before 10:30pm to stock up or you’ll be doubly out of luck.

3. Don’t… try to get inside Oscar Wilde’s birthplace

21 Westland Row is not a museum. It’s the writing centre for the Creative Writing and Irish Literature Master’s of Philosophy students at Trinity College Dublin.

There are no tours; just would-be writers attending lectures and jumping in shock each time you ring the buzzer and shout: “Oscar Wilde!” I speak from personal experience. 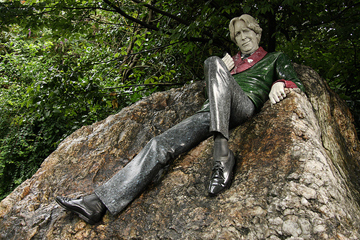 Do… visit the Yeats exhibit at Kildare Street

Or if it’s still Oscar you’re after, visit 1 Merrion Square to see the house where he grew up or the Oscar Wilde statue in Merrion Square.

This goes for the whole of the Republic of Ireland. Want to start a fistfight? Talk about how Dublin is the greatest capital city in the UK; tourist goes down.

Do… get it right

The Republic of Ireland is independent of the the crown. It has been a Free State since 1922. Northern Ireland is part of the UK.

I might be a bit biased here because I find traditional Irish fare incredibly satisfying: hearty shepherd’s pie, fat pink Irish salmon, mussels, chips, and potato boxty — what’s not to like?

Do… try Irish classics with a twist

For souped-up takes on homestyle Irish classics like fish pie and bangers & mash, try The Farm or The Winding Stair.

Yamamori on Eden Quay has great fresh sushi, or try Fafie’s French Crêperie on Kevin Street for crepes and gallettes. Jo Burger in Rathmines has quite possibly the world’s perfect burger with homemade fixings from the Breton buns to the homemade spicy ketchup, and patties of 100% locally sourced beef, chicken, and lamb. Prior fasting recommended. 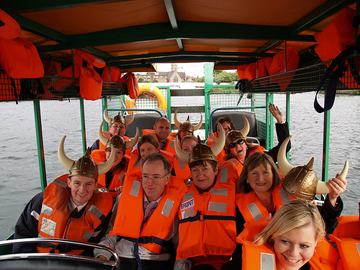 Dublin’s got serious Viking DNA, dating from the 9th century, and plenty of local prehistory to explore.

Do… take the Viking Splash Tour

20 Euro gets you a seat on the Viking Splash Tour — a bright yellow amphibious vehicle that parades you around Dublin’s city centre to learn about its Viking past. At the end of the tour, the vehicle slips into the Grand Canal Docklands for a cruise.

Best of all, the tour leader encourages passengers to shout “ARGH!” like Vikings at hapless pedestrians. Bonus: Everyone gets to wear plastic Viking helmets.

Celebrating St. Patrick’s Day in Dublin is a bucket-list goal for many — too many. Try to be content with simply being in-country for the holiday, unless you like vomit-lined streets, exposed genitalia, and sidewalk-to-sidewalk crowds.

Do… head somewhere on the West Coast

Why would you? Murphy’s stout comes from Cork! Gasp.

Do… order a Guinness

You’re in the land from whence the mother’s milk flows, after all. Arthur Guinness signed a 9000-year lease on the Guinness Factory in Dublin 2, so you’ve got plenty of time. 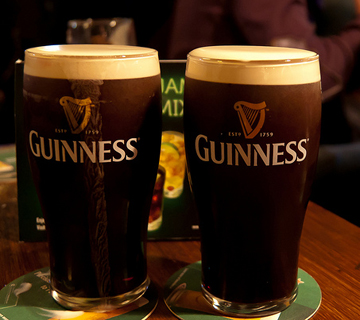 These days, catching a trad music session in Dublin is like watching a rodeo in New York City. While you might get some sessions in touristy Temple Bar or at The Duke, you’ll have better luck finding spontaneous traditional Irish music out on the West Coast or in the countryside.

10. Don’t… take a photo next to Molly Malone

During my first visit to Dublin, my Irish then-boyfriend forbade me to set foot near the statue of Molly Malone for fear I’d get myself — him — pegged as a tourist.

Turned out, there wasn’t even a point in trying to get a photo; Dublin’s most famous working girl still has people crawling all over her.

Do… find another idol

Try taking a photo next to the statue of Thin Lizzy’s Phil Lynott on Harry Street or James Joyce at North Earl Street and the Spire for an easier photo op. Dublin has lots of terrific statues that aren’t mobbed by tourists.

What did you think of this article?
Meh
Good
Awesome
Bookmark
Posted In
Travel Trip Planning
Destinations
Dublin, Ireland

The ultimate Guinness tour through Dublin, from the Storehouse to the pubs

A night down the pub in Dublin by the numbers

Free beer and a friend in Ireland

16 things that delight a Dubliner

If you’re in Dublin, here’s where to eat and drink

I lived in the Dublin house where everyone falls in love

9 incredible places you had no idea existed in Ireland

How to keep costs down on your visit to Dublin