IRELAND IS EVERYTHING YOU EXPECT — patchwork landscapes and wild Atlantic coastlines, cozy pubs and warm welcomes — but it’s a lot of things you don’t expect, too. You can see the Northern Lights here, or explore filming locations for movies and TV shows like Star Wars and Game of Thrones. Home to historical sites older than Egypt’s pyramids and myth-inspiring landscapes, here are nine awesome places on the Emerald Isle you probably had no idea existed.

“She was fine when she left here.” That’s what they say about the RMS Titanic in Belfast, hometown of the one-time largest ship in the world, which set sail from the local Harland & Wolff shipyards for Southampton, England, and then on to her fateful maiden voyage in 1912.

The working shipyard no longer exists, but in its place is Titanic Belfast, a truly immense interactive exhibition that tells the full story of the building of the ship and its fate in the Atlantic, including an all-too-vivid portrayal of the vessel’s final moments. It makes for quite the visit — in fact, it was named world’s best tourist attraction at last year’s World Travel Awards, so you don’t have to take our word for it. Titanic Belfast is the capstone of an entire city’s worth of Titanic experiences. 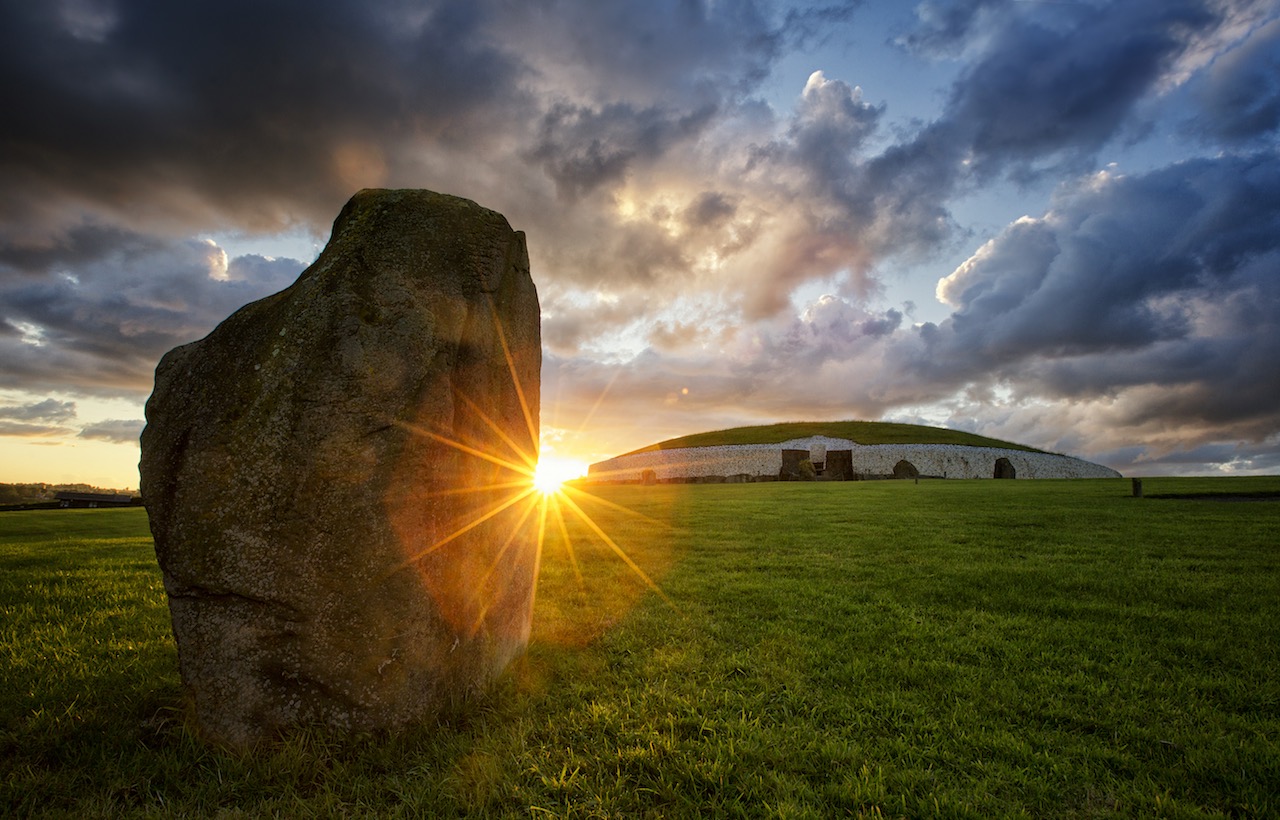 Ireland has more than its fair share of Celtic history and mystery. In particular, there’s Newgrange, a huge mound of a tomb built around 3200 BC, making it at least half a millennium older than the earliest of the Egyptian pyramids.

Ringed by a stone circle, the circular mound is more than 250 feet in diameter, and inside is a passageway that leads to several chambers, some lined with engraved stones. These rooms contained bones and offerings, so it’s thought Newgrange was once a burial mound, perhaps for kings…but it’s also believed to have been much, much more.

Some of the building material was brought by Stone Age farmers all the way from Wicklow, 70 miles away, and everything is aligned in such a way that sunlight enters the chamber on the day of the winter solstice, suggesting the monument was once used as a kind of prehistoric calendar, or as the site of Stone Age rituals. To experience the solstice magic yourself, enter the lottery for a chance at being one of the lucky few allowed into the site’s inner sanctum on the shortest day of the year. Or, visit any time of year to see a simulation of the effect.

3. Castle Ward (aka Winterfell), County Down 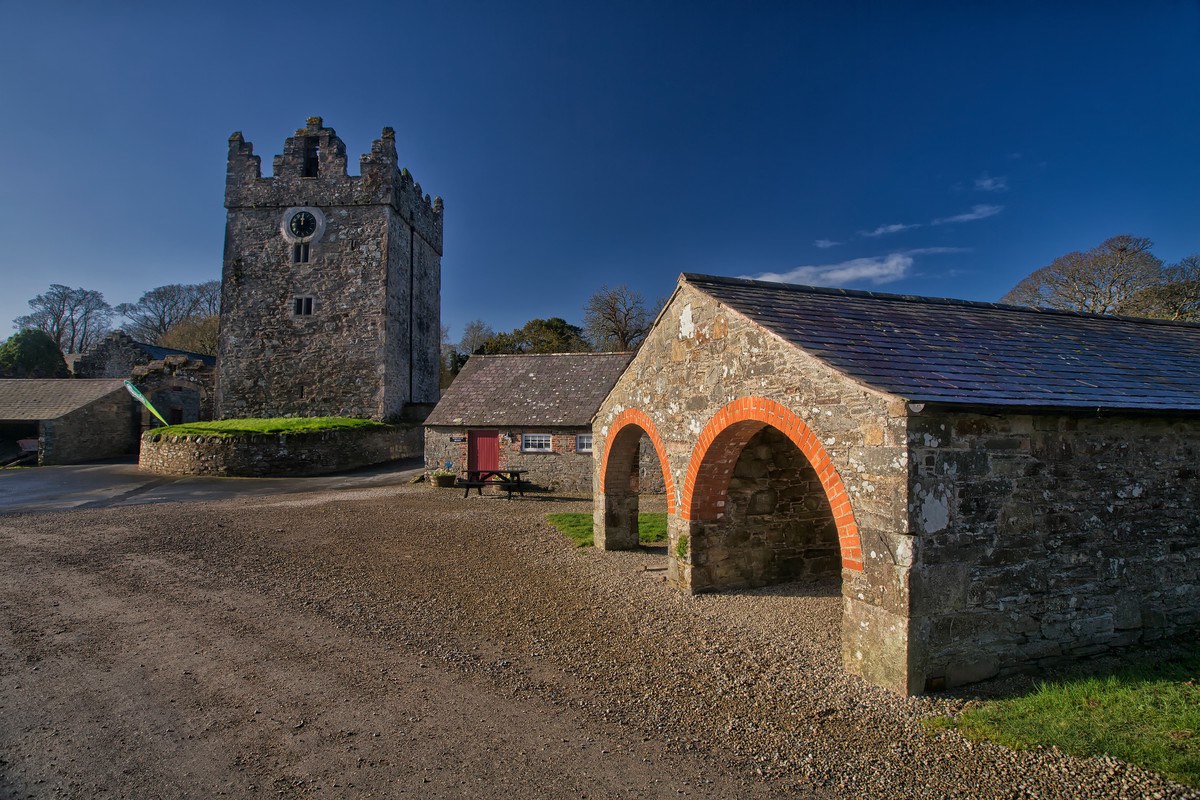 Northern Ireland is one of the key filming locations for Game of Thrones, with much of the action taking place along the dramatic north coast of Antrim — at Dark Hedges, Ballintoy Harbor, and Larrybane, to name a few. (Tip: If you want to see the stars, they often stay at the Fitzwilliam Hotel when they’re filming). But you can also visit Winterfell, which is actually Castle Ward in County Down. Its courtyard is immediately recognizable as the home of the Stark family. A replica of the archery set has been built here, and if you fancy testing your skills, or think you should have been cast as Jon Snow, here’s where you can try it out.

You don’t have to travel to the Arctic Circle to see the Northern Lights. When conditions are right, you can spy this unrivaled natural phenomenon off the northwest coast of Ireland.

The most northerly point on the island, Malin Head in County Donegal, has been a particularly good spot for seeing those green flashes dance across the sky in recent years. That’d be thanks to its lack of light pollution and the wide open views. And if the lights don’t show, well, this is Ireland. You can always retire to the local pub for some live music and call it a pretty great night. 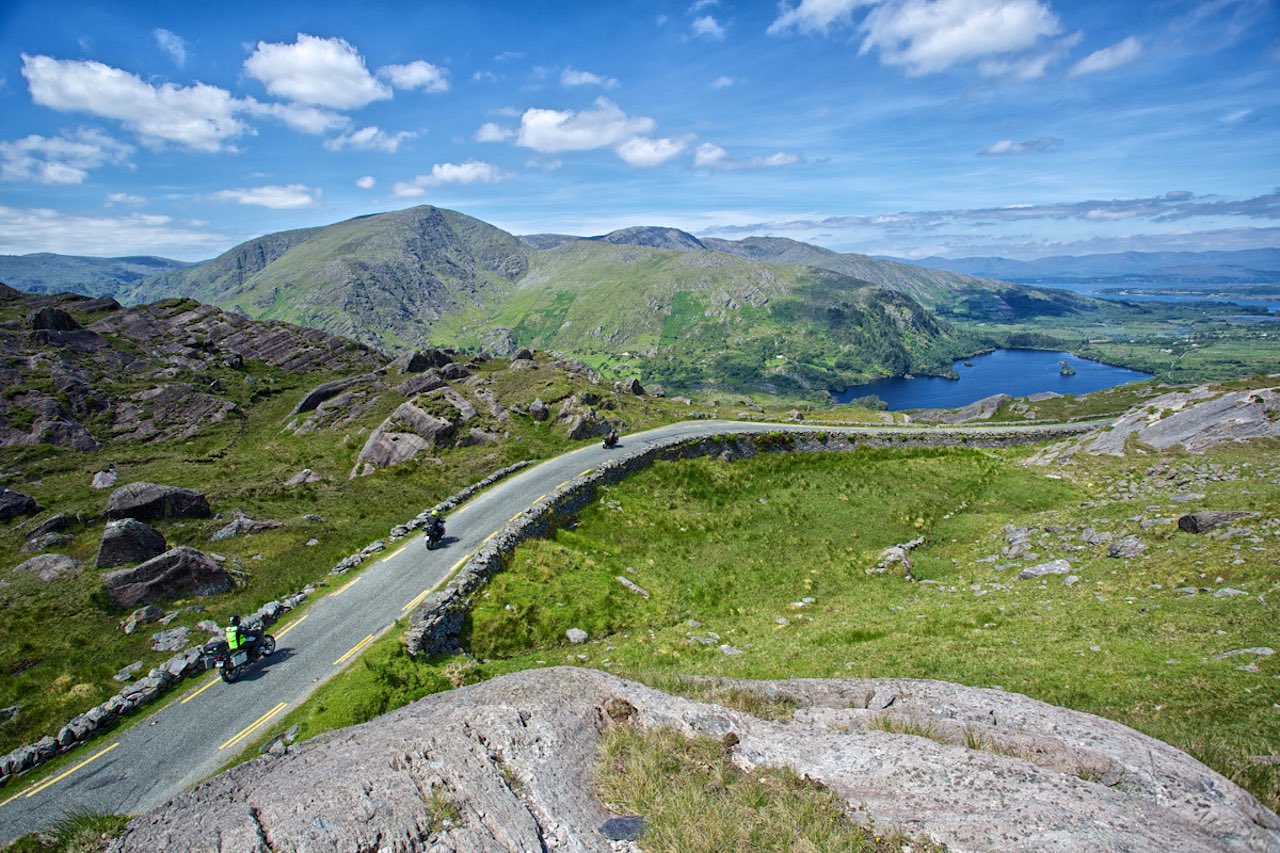 The island of Ireland might only be one-fifth the size of California, but it’s home to some epic road-trip routes. One of these, which has been making an international name for itself over the last couple of years, is the Wild Atlantic Way, a 1,500-mile touring route down Ireland’s rugged west coast, with a little of the north and south coasts thrown in for good measure.

This incredible journey takes you from Ireland’s northernmost point, Malin Head, down the coast to the opposite tip at Mizen Head, then along the south coast as far as Kinsale. It is, indeed, an epic drive. Along the way, expect to pass through charming towns and villages, many of which remain off the traditional tourist trail. There’s plenty of authentic Irish culture, delicious seafood, and world-famous views (think the Cliffs of Moher). And if some of the locations look familiar, that’s because spots like Skellig Michael were featured in Star Wars: The Force Awakens. (PS: It’s believed Donegal and Cork will appear in the next film in the franchise, which comes out at the end of 2017.) 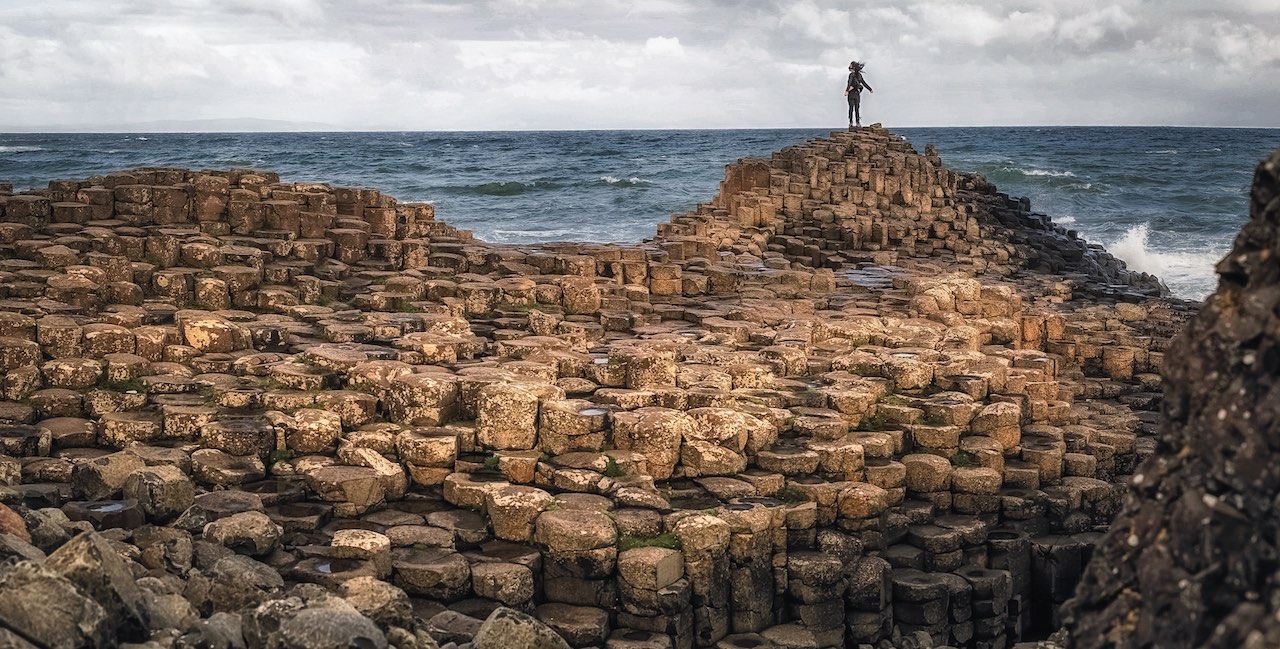 You won’t see anything like the Giant’s Causeway anywhere else in the world. This UNESCO World Heritage Site on the northern coast of Northern Ireland consists of about 40,000 basalt columns, some as high as 39 feet, all fitting together like some kind of giant puzzle…perhaps some kind of giant’s puzzle? A giant named Finn MacCool?

One version of the legend says that Finn was challenged to a fight by the Scottish giant Benandonner, and built the causeway across to Fingal’s Cave in Scotland to enable him to march over for the battle. If you prefer scientific explanations, the columns were created by volcanic eruption, lava cooling and drying in such a way as to cause these regular cracks, just as mud cracks in patterns when it dries. To believe in geology or giants — the choice is yours. 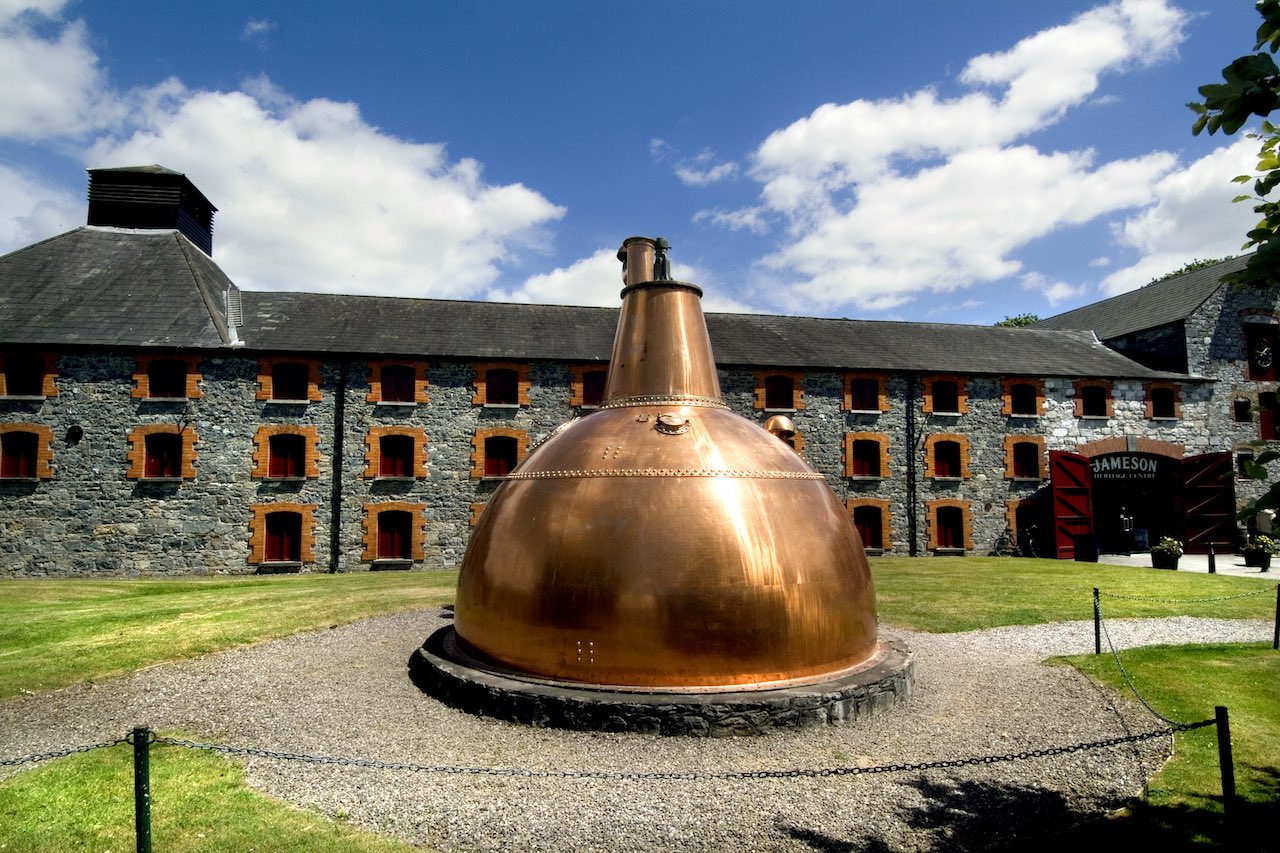 No one in Scotland will admit it, but it was the Irish who introduced them to whiskey-making, and Ireland is undergoing a renaissance in distilling today. They’re making gin in places like Dingle and Glendalough and producing award-winning vodka in Lisburn, but it’s still whiskey that the island is most associated with, thanks to names like Bushmills, Powers, Tullamore, and Jameson.

One of the best ways to learn about the history of Irish whiskey-making is at The Jameson Experience in Midleton, which is a working distillery in addition to being an awesome place to visit. It makes for a great companion experience to the better-known Old Jameson Distillery in Dublin — at both, you’ll learn the story of Ireland’s most famous spirit and, of course, get an opportunity to sneak in a sample or two. 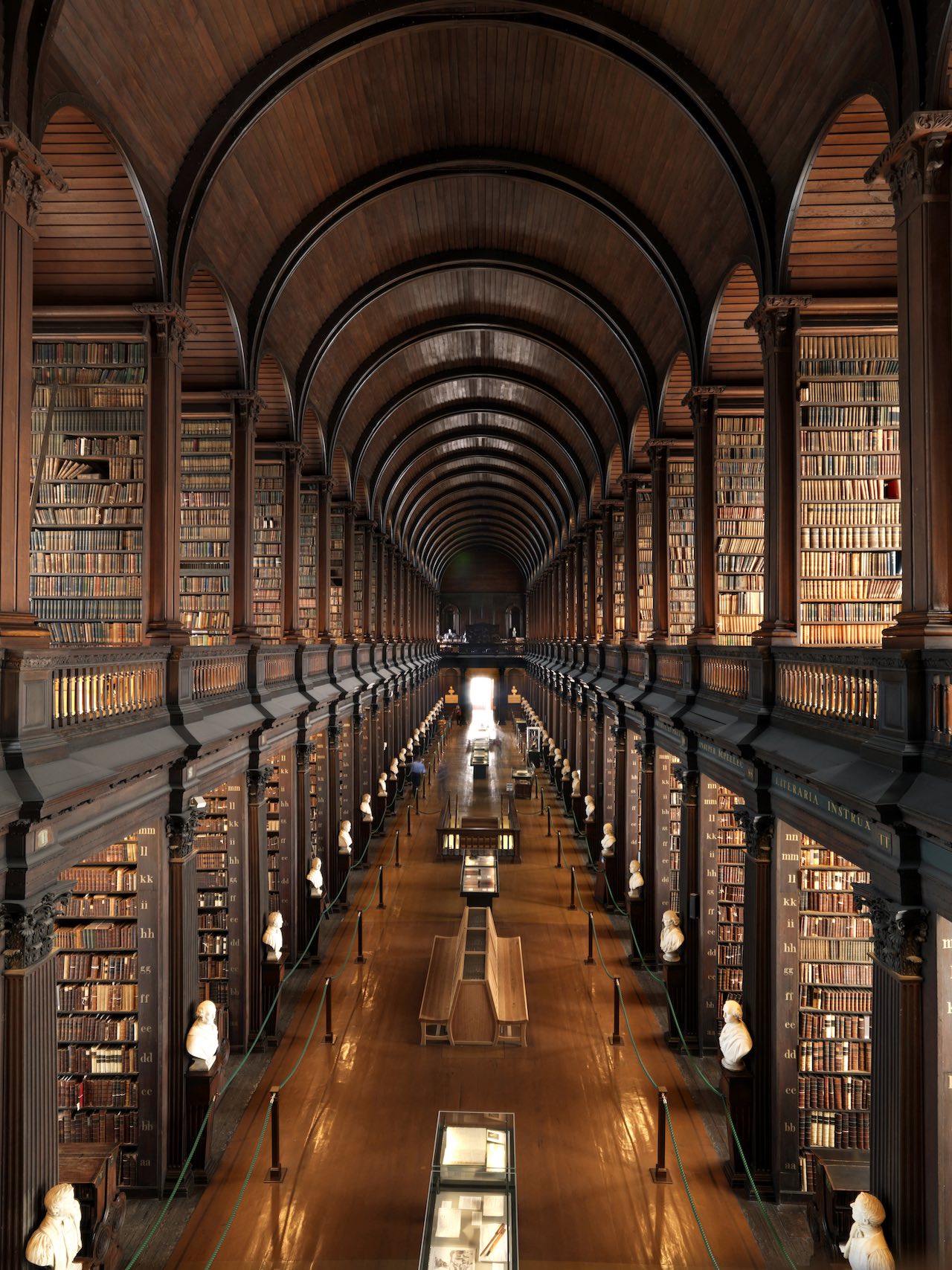 Dublin has many fine museums, historic buildings, university buildings, and other world-class attractions, but only the Long Room at Trinity College’s Old Library is home to the Book of Kells. This stunning illuminated manuscript of the New Testament Gospels was created by monks on the Scottish isle of Iona more than 1,200 years ago. A new page is turned by the librarians each day, so you get to see new details each time you visit.

The book alone is worth the trip, but then there’s the one-of-a-kind setting that surrounds it. At nearly 214 feet in length, the Long Room houses more than 200,000 of the library’s most ancient volumes (just imagine the old book smell!), and is believed to have provided inspiration for the library in the Harry Potter movies. 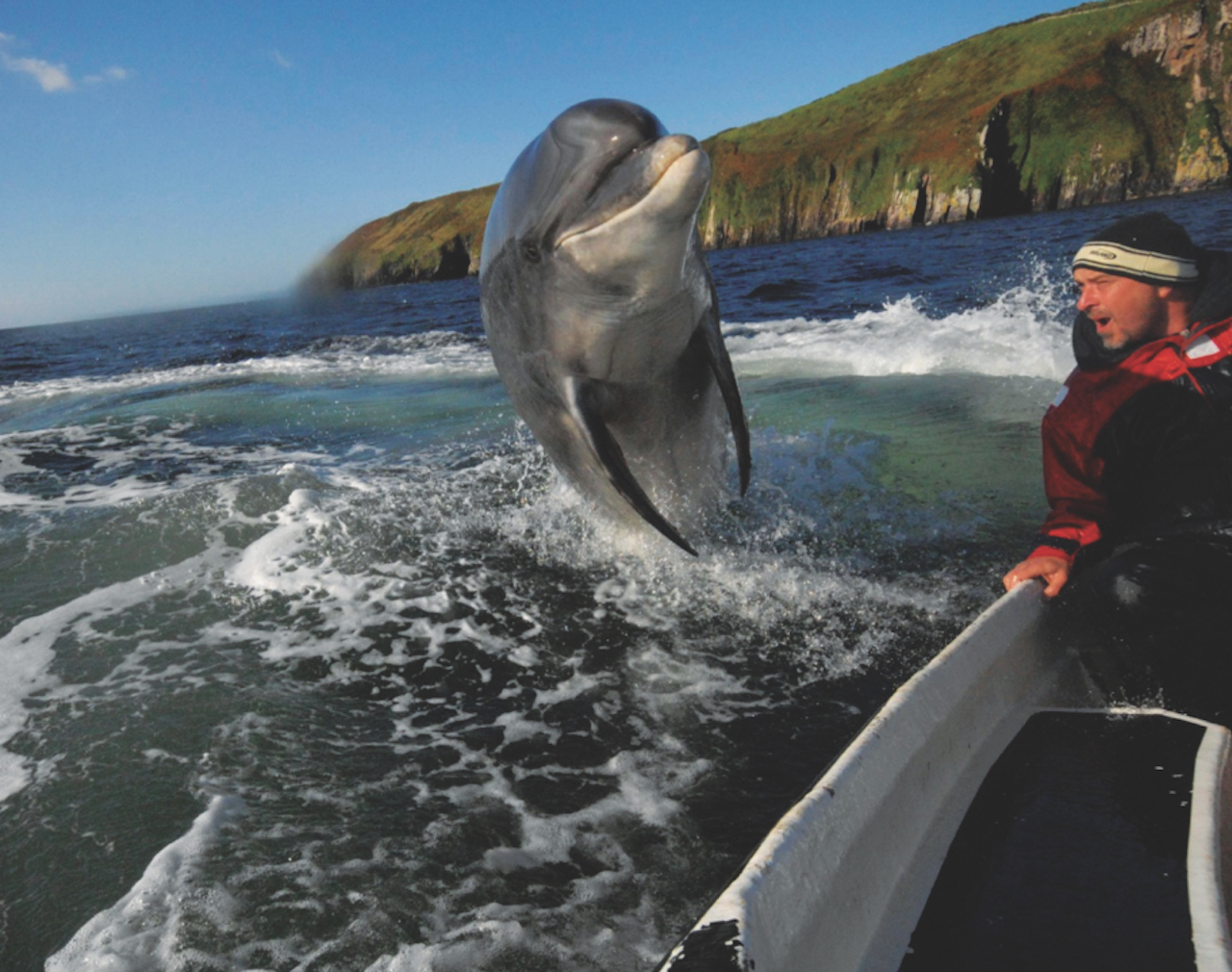 Dolphins? In Ireland? Yes, and especially off the southwest coast of the island, where the Gulf Stream warms the waters. The heavyweight champion of dolphins is Fungie — he’s been hanging out in and around the harbor at Dingle for over 30 years now. Fans have even started a Fungie Facebook page.

When you’ve had your fun with Fungie, kick back and enjoy what Dingle is best known for: great music pubs. Lively spots like O’Sullivan’s Courthouse Pub, run by Irish musician Tommy O’Sullivan and his Texan wife, Saundra, have music every night, while O’Flaherty’s Bar near the pier and John Benny’s are just two of the many other pubs in town with regular music sessions. See you there.