I’VE TRAVELED ALL OVER TAIWAN learning about its teas, meeting with local tea farmers, and befriending artisan tea makers as part of my research starting the tea site Tearroir. In the process, I’ve come across some seriously gnarly and exotic teas. Teas you’ve never even heard of before, like 20-year-old sour grapefruit rind tea, and bug shit tea, the most expensive tea in the world.

Today, I’m breaking down the most common types of tea you find in Taiwan, where they’re from, and what makes them unique compared to teas anywhere else in the world. 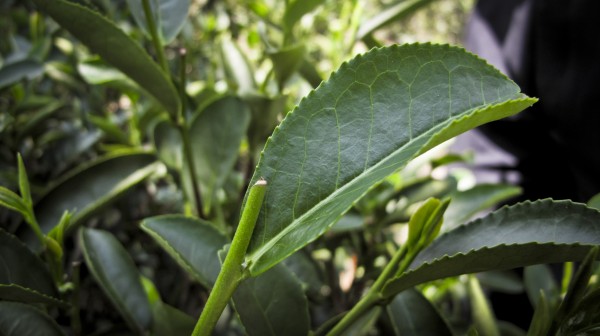 Sanxia teas grow so rapidly that they can be harvested once every seven days, and often have a fresh, brightly tannic flavor profile.

Green tea is a type of tea which hasn’t been fermented. This means it’s picked straight off of the bush, dried in the sun, and packaged without going through a process of disruption or oxidation. Green tea is most popular, and most widely consumed, in Japan. Don’t get the idea, though, that Japanese green tea is the only game in town. In fact, Taiwan exported over 21,000kg of green tea to Japan in July of 2012 alone. It’s a serious player on the scene.

Oxidation, or fermentation, is the process by which the chlorophyll in the leaf is broken down and the tannins are transformed, making the tea smoother and sweeter to drink.

Taiwan has two famous types of green tea: Green Snail Spring, or Biluochun, and Dragon Well, or Longjing green tea. Green teas are most commonly grown in the Sanxia, about two hours south of Taipei City.

Spring and winter harvests are considered superior for green teas, as the weather isn’t overly hot, cold, or humid. Although Taiwan produces a large amount of excellent green tea, most Taiwanese prefer drinking Oolong teas, which is what Taiwan is really famous for. 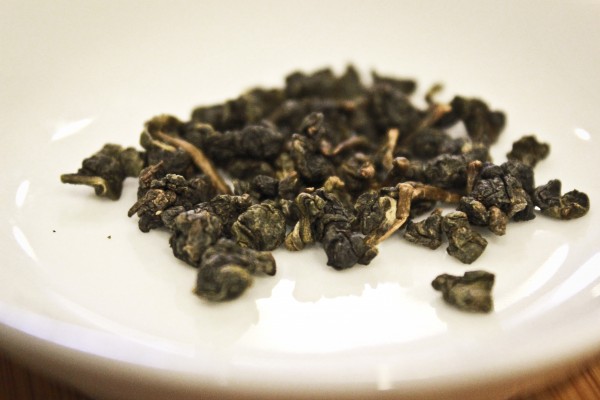 Oolong is the king of tea. The champagne of tea. The tea that people prize most highly on the Isla Formosa. Oolong is any tea which has been fermented between 10% and 90%. Oolong teas are more varied in terms of style, flavor, and production method than any other tea around. After tea leaves are plucked, they’re dried in the sun, withered, and put through a process known as disruption to help them break down, or oxidize.

Oftentimes, oolong teas are rolled into balls the shape of a pearl, as in the picture above.

Alishan Oolong teas from Chiayi County are the most famous kind of high-altitude, or gao shan, tea in Taiwan. They’re usually produced around 1500m – 1600m. They taste spinachy, sometimes with a milk-candy sweetness, and have a strong enduring finish.

If you’re in Taiwan and head down to Alishan, watch out! Rumors abound of unscrupulous merchants in mixing their teas with inferior product from Vietnam and the Mainland.

Lishan is located in Central Taiwan around Taizhong.

Lishan Oolong teas are regarded as a “step above” Alishan Oolong. Lishan has many different micro-regions for production, like Cui Feng and Fushoushan.

Lishan Oolong teas tend to be sweet, creamy, wintry, and fill your mouth up like a balloon of flavor when you drink them. Because Lishan teas are grown at such a high altitude, (1800m – 2700m), they’re only harvested twice per year, in the spring and the winter.

Alishan and Lishan are the two main “lightly fermented” Oolong teas in Taiwan. There are a number of famous Taiwan Oolong teas which have been fermented more heavily, as well. 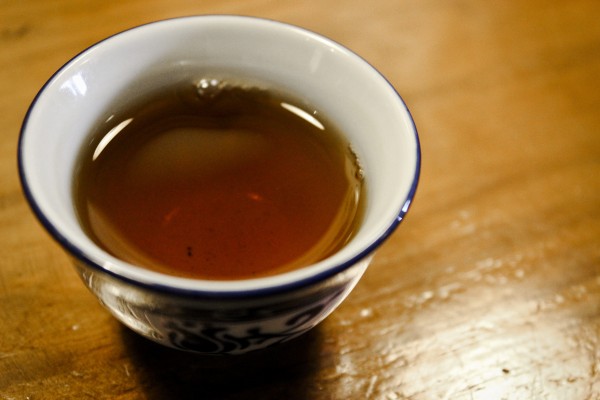 Muzha Tieguanyin is an Oolong tea fermented around 70%. Muzha is located a quick 30-minute metro ride from central Taipei City, right next to the mountains of Maokong. These mountains are home to many teahouses, accessible via the gondola from the Taipei City Zoo MRT station.

Muzha Tieguanyin teas are usually more heavily roasted than their Mainland counterparts, such as Anxi Tieguanyin from the Fujian region of China. Due to their heavy fermentation and roasting, they have all sorts of interesting flavors like shisha tobacco, strawberry, and caramel.

Dongfang Meiren is a heavily fermented tea sweetened by the saliva of the small green leafhopper bug, which looks like a tiny semi-transparent grasshopper.

These little bugs come around once per year to eat tea leaves from Taiwan’s tea fields. When the bugs bite into the leaf, they impede bud growth and the leaves turn whitish-brown. The enzymes from the green leafhopper’s saliva interact with the tea plant to produce a natural honey flavor in the tea.

Oriental Beauty tea is produced in a number of regions in Taiwan, including Xinzhu and Nantou Counties. Once the good quality Dongfang Meiren tea is sold out for the year, sorry, you have to wait until the next season rolls around to get your hands on it. 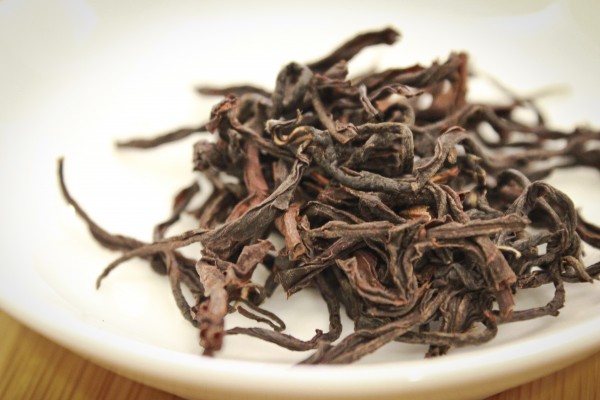 Where green teas are not fermented at all, and Oolong teas are fermented 10%-90%, black teas are fully, 100% fermented. Because of this, the leaves tend to look very dark. Sometimes, Taiwan’s black teas will have light red or mocha brown tones as well.

Black tea is widely produced in a number of different regions in Taiwan, the most famous of which is Sun Moon Lake. The Assam cultivar is the most common in the region, though there are multiple types of black tea grown here.

Black teas from Sun Moon Lake have naturally occurring flavors of both cinnamon and mint, which can be pleasantly surprising if you’re used to plain English Breakfast-style black teas. This is due to the soil composition around most of the lake being loose and rocky, allowing the roots of tea plants to grow deep into the ground and soak up lots of nutrients, packing each leaf with lots of concentrated flavor.

Sun Moon Lake is an extremely popular destination with tourists, especially from the Mainland. If you’re heading down to Sun Moon Lake and want to see the teas there, skip the main street and head out to the Yuchi Branch of the Taiwan Tea and Research Extension Station instead. You’ll get magnificent views of hectares and hectares of black tea fields, and be in the presence of some of the country’s most innovative academic tea researchers and developers. 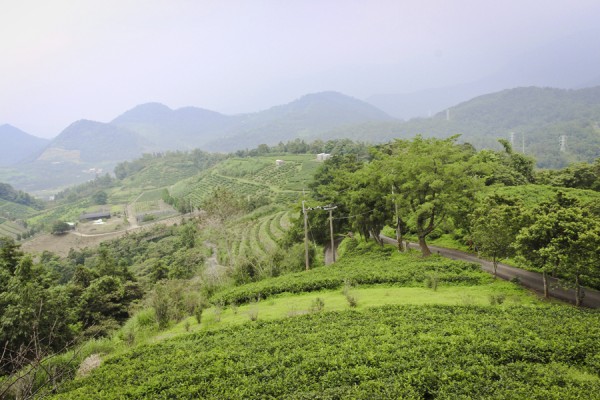 The cool thing about ‘tea tourism’ is that it tends to overlap with some pretty incredible terrain. An artisanal tea producer I interact with regularly put it best: “Everywhere you go to see tea is beautiful, so life in the tea business is necessarily beautiful.”

If you’re interested in learning more about tea in Taiwan, I document my tea adventures over at Tearroir, where you’re welcome to join me on the journey!

Tagged
Travel Taiwan
What did you think of this story?
Meh
Good
Awesome

Rock Climbing in Taiwan’s Dragon Bay Will Blow Your Mind