COLOMBIA. That’s ColOmbia — not ColUmbia. In fact the only time I have ever seen an angry Colombian is when someone spells the country’s name wrong. Or when their country is repeatedly associated with these common stigmas: drugs, violence, and kidnappings.

It is indisputable that Colombia has a turbulent history. 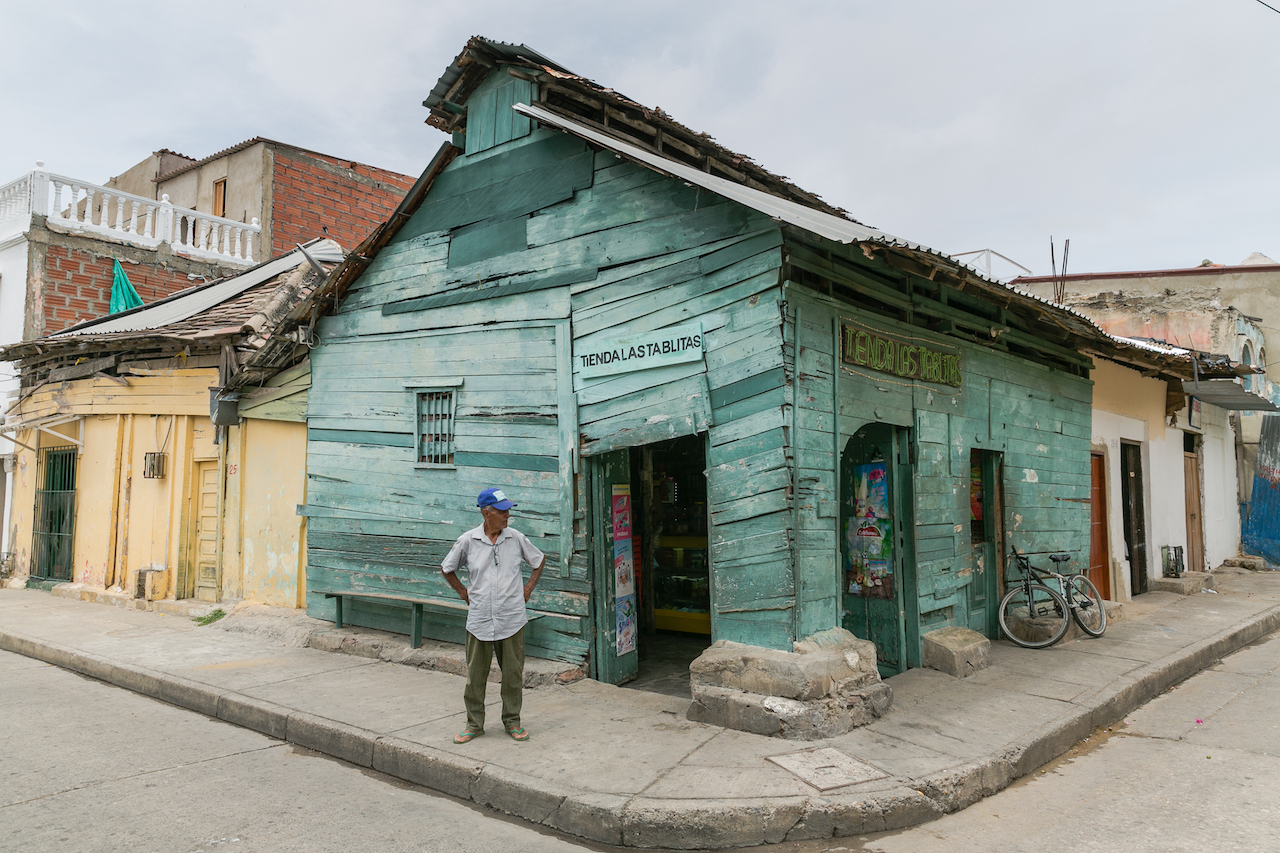 A shop owner waits for customers in Cartagena’s Getsemaní district. Once seen as a less salubrious part of town, Getsemaní is brimming with local culture and a more traditional way of life.

Yet it is desperately trying to break free from the quagmire of negative stereotypes that envelop it. Politically the government is working towards peace with the leftist rebel group Farc (Revolutionary Armed Forces of Colombia), signing a revised agreement in December 2016. An earlier version had been rejected by national referendum, and to avoid a repeated public failure Colombia’s president Juan Manuel Santos opted for quick ratification by parliament. Opponents, led by former president Álvaro Uribe, claim that the new deal still offers a high level of impunity for the rebels. And the rebels themselves seem to be contradicting claims of conciliation made by Santos’ government.

It is too early to tell whether political peace will indeed be achieved. Yet politics alone do not define a country’s character. Elements like history, culture, terrain, cuisine and above all people are all integral pillars of national identity. Unfortunately, in the case of Colombia, these are often overlooked. Yet exactly these details – merged with the colors, smells, sounds and tastes of Colombia – make this nation positively exhilarating in this time of uncertainty. And worth more than just a fleeting visit. 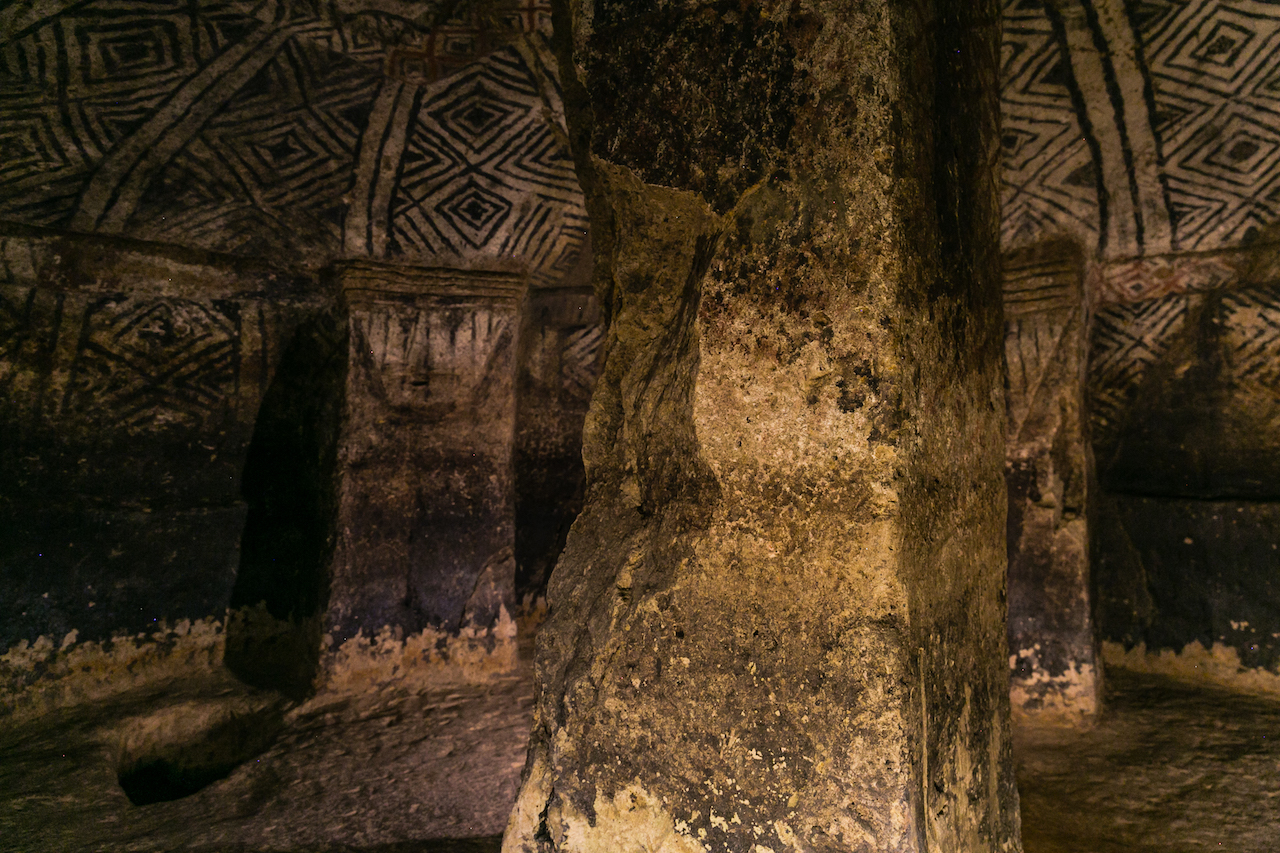 Colombia is home to some of the most ancient indigenous cultures in South America. Its first inhabitants are believed to have arrived around 10,000 BC, settling in the area around modern Bogotá. By the time the first Spanish explorers landed in the 15th century, these native groups had established advanced civilizations famous for their art, pottery, and social systems. Gold, for example, played an important part in many pre-Columbian cultures, most famously that of the Muisca; many examples of elaborate craftsmanship can be seen in Bogotá’s Museo del Oro (gold museum). Along the Atlantic coast, the Tairona established an intricate social system. They constructed ceremonial public plazas and paved roads, and built a solid trade network with the interior based on fishing and agriculture. And in the Cauca and Huila regions, San Agustin’s mysterious statues and the fascinating underground tombs of Tierradentro bear witness to advanced cultures based around mythology, the supernatural, and death rituals. 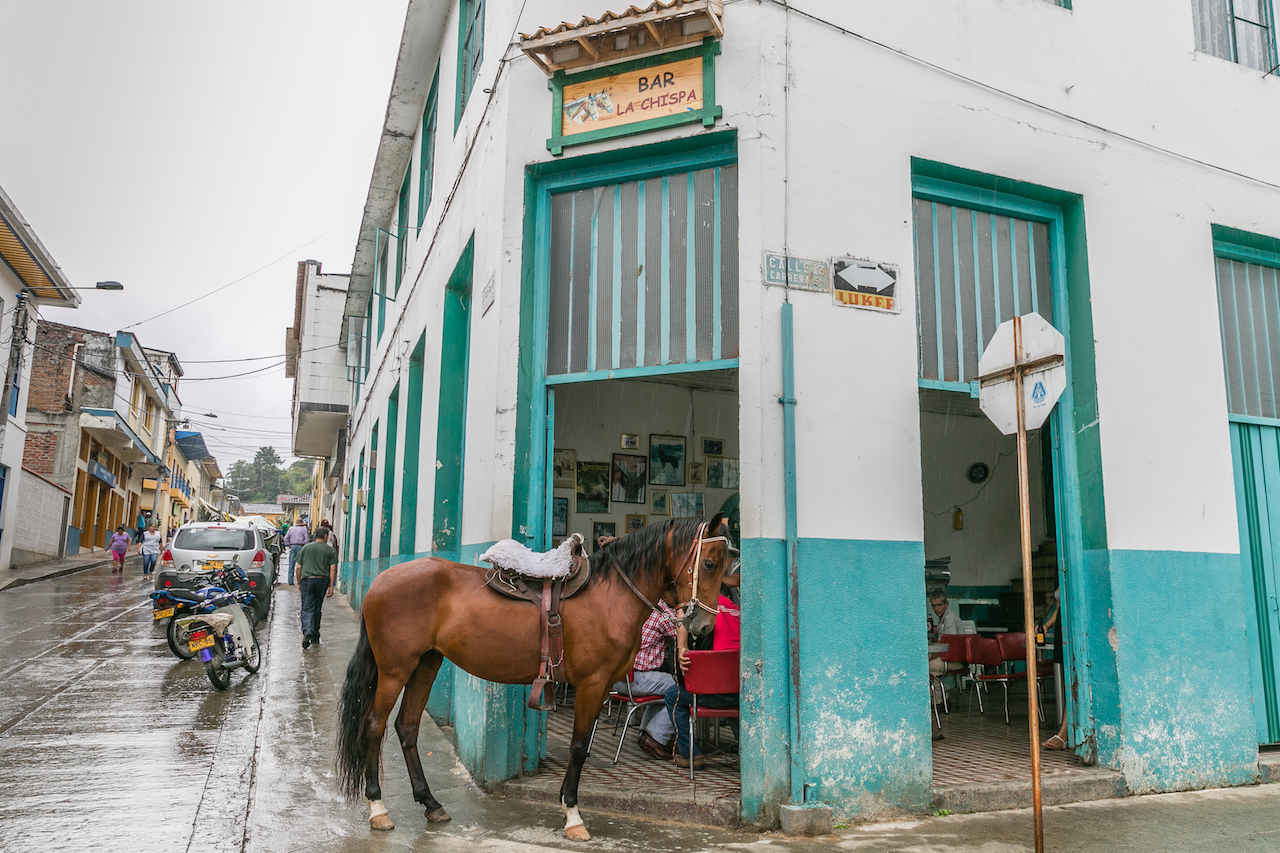 On this Sunday fiesta day in Pijao, in Colombia’s Zona Cafetera (coffee region), one man thought it was safer to drive his horse home.

Despite living under Spanish colonial rule for over 300 years, Colombia has given birth to its own unique culture within South America. Due to the country’s immense size, different regional customs coexist. The paisa way of life in the Zona Cafetera, for example, prides itself upon its slower pace and agricultural links, whilst the nation’s capital Bogotá emits the more modern, hectic vibes usually associated with larger cities. The Atlantic Caribbean coast, in contrast, is anything but hectic. Here, music, laughter, and pleasure in life itself prevail. And it is this pleasure in life — particularly when connected with family — which seems to unite the country and lay the foundation of a national culture.

All of my Colombian friends are passionately dedicated to their families, perhaps more so than in northern Europe or the United States. All are also fiercely proud of their country, in defiance of its difficult past. And it is this national pride which I admire most, for this is a sentiment demanding respect, acceptance, and tolerance on a level far above friends and family. 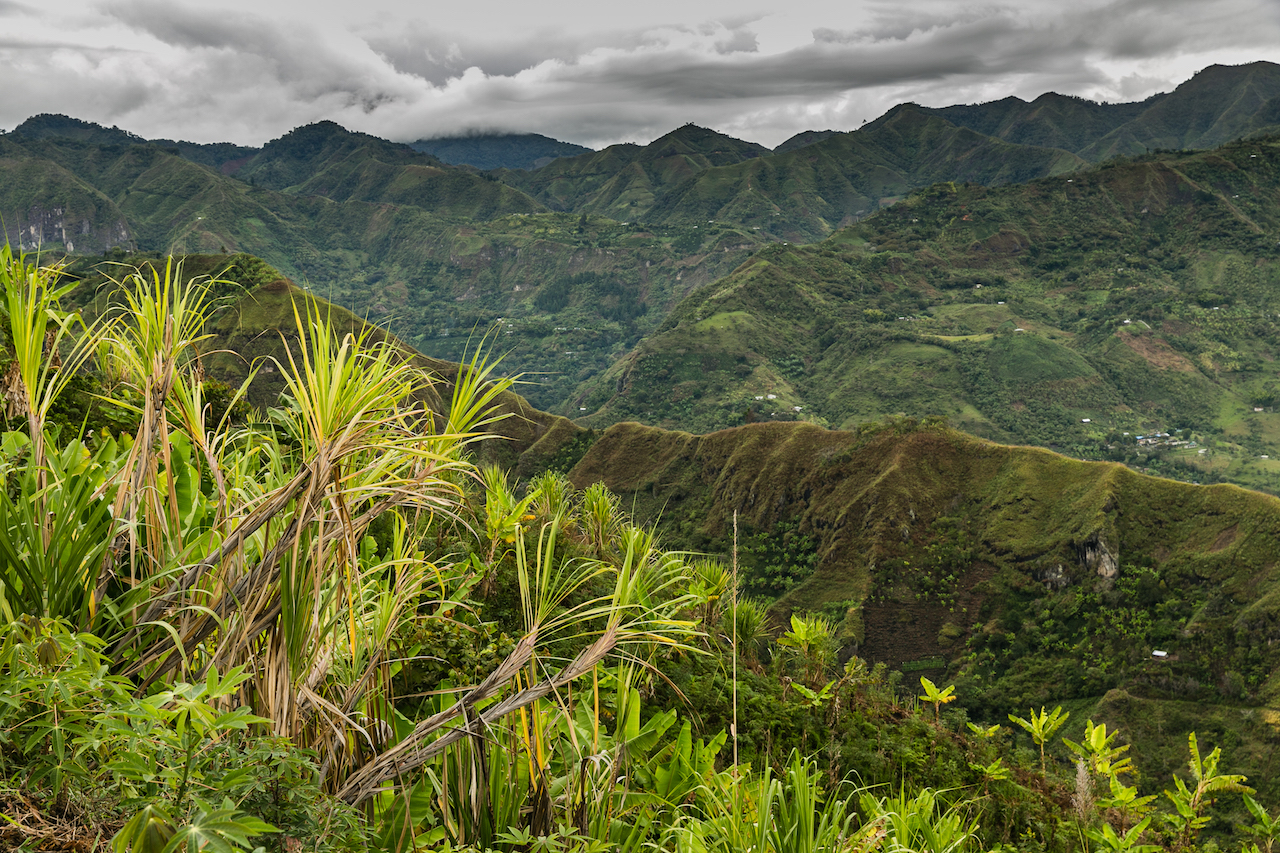 Colombia’s landscape is one of the most varied and photogenic that I have ever seen. From the Amazonas region in the south to the majestic mountains snaking through its interior, from the llanos plains in the east to the tropical beaches of the Atlantic coastline. This is a country full of contradictions in nature and topography. Colombia is geographically divided into five distinct zones: Andean highlands, Atlantic Caribbean coast, Pacific coast, eastern plains and Amazonian rainforest. It has 59 protected areas within its National Parks System, equating to over 11% of its territory. These are home to the largest number of terrestrial mammal species in the world, including the endangered spectacled bear, jaguarundi (eyra cat), southern tamandua (collared anteater) and Colombian night monkey, among others. The skies are filled with tropical birds flashing every color of the rainbow as they soar above the jungles. And every year between July and November Colombia’s Pacific coastline is home to migrating humpback whales seeking their breeding grounds. It almost sounds too good to be true, yet Colombia is a natural paradise waiting to be explored.

A Latin cornucopia of delights. 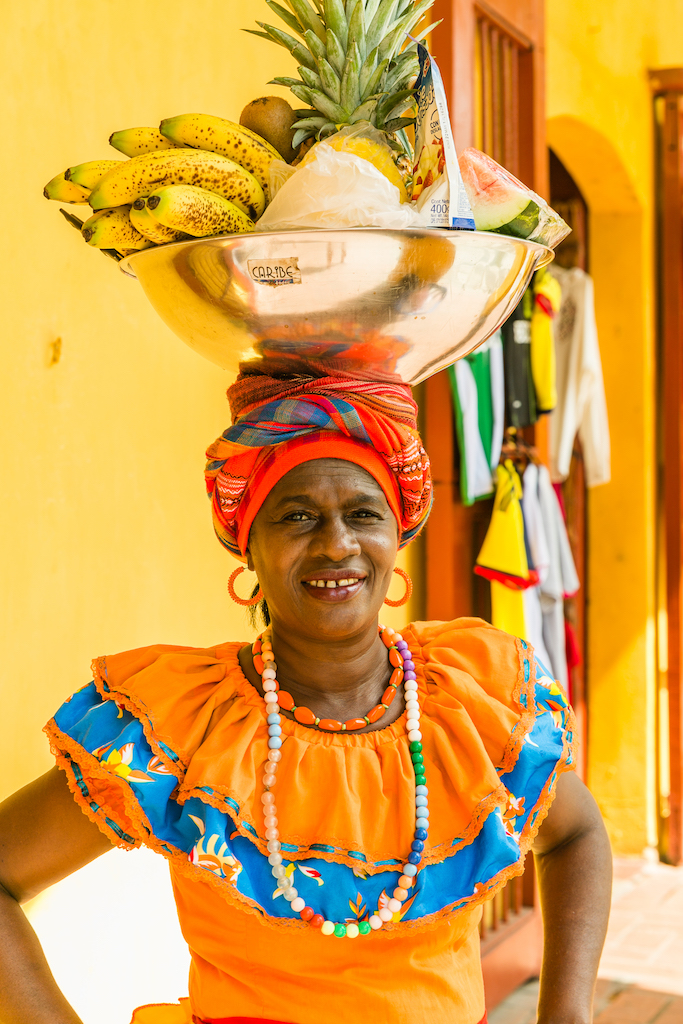 Originally from the village of San Basilio de Palenque, the first town in the Americas founded by free Africans, palenqueras are an iconic part of Cartagena’s colorful streets.

It would be wrong to link Colombia’s food and drink solely with coffee. Yes, coffee is widely consumed, and I have a few friends who are decidedly grumpy until they have downed at least a few large mugsful. Colombia is indeed the third largest producer of coffee in the world, after Brazil and Vietnam. Yet much more unique beverages can be found here. Aguapanela, or agua de panela, for example, is a delicious infusion derived from sugar cane juice and sometimes served warm with cheese. And when something stronger is required, not much equals fiery aguardiente or mellow, golden ron (rum). Where food is concerned, Colombia provides a large selection of choice — and hardly any of it is spicy. Bandeja paisa and sancocho can arguably be seen as national meals. The former consists of red beans, rice, ground beef, chorizo with lime, patacon (plantain), arepa, avocado, fried egg and a big slice of chicharron (fried pork belly). Originating from the Andean region of Antioquia, bandeja paisa provided peasant field workers with enough calories to sustain a day’s hard labor. The second is a stew found throughout South America and tailored according to region. My favorite regional cuisine, however, is from the Caribbean coast. Here exotic fruits like lulo, guanabana, and maracuya (passion fruit) abound, and fresh fried fish with patacon are sold at every beach shack. And when it’s time for dessert, who can resist arequipe (dulce de leche) or a sweet slice of watermelon or mango? Always served with a smile.

Arrive as a stranger — leave as a friend. 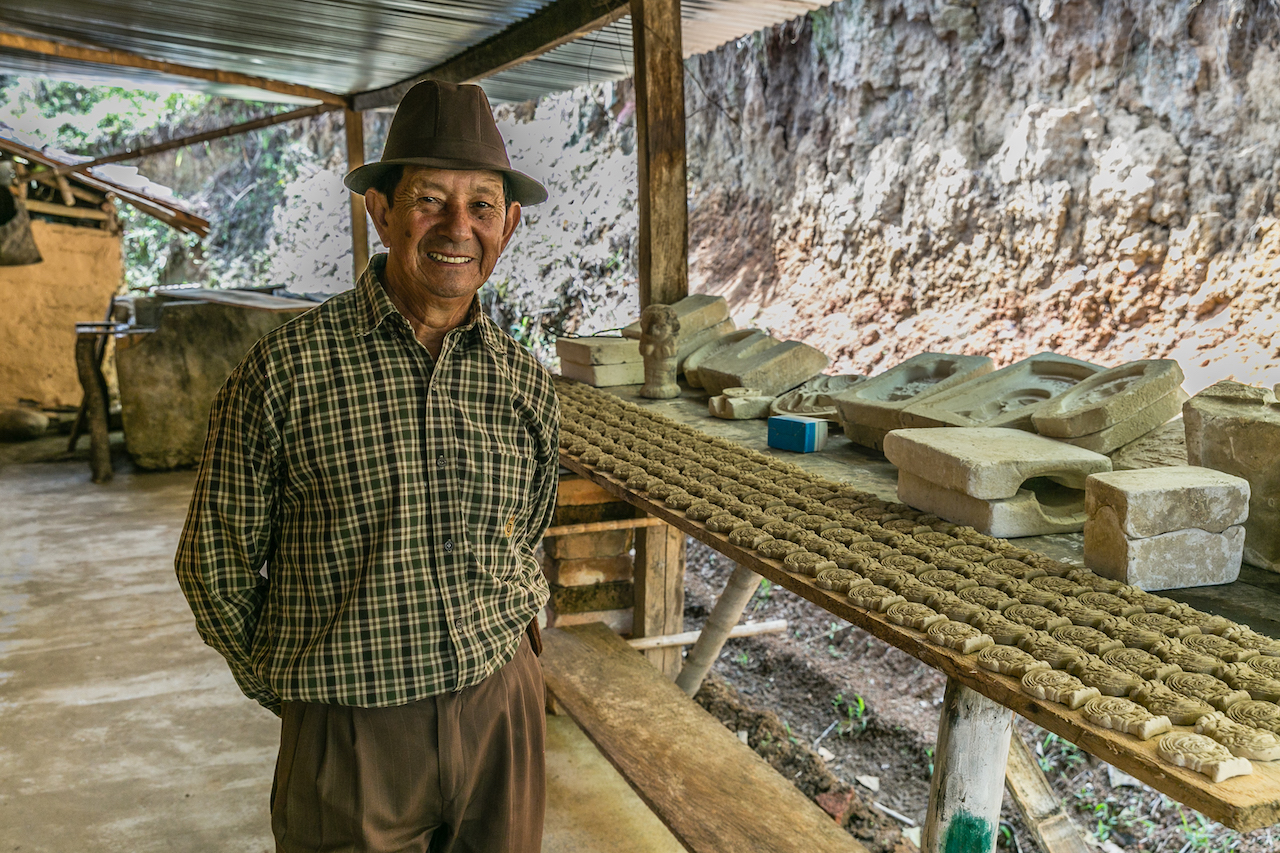 A craftsman of small statues and souvenirs in San Agustin Archaeological Park proudly exhibits his work.

I have travelled a lot (40 countries and counting), yet Colombians are without doubt some of the most outgoing and helpful people I have had the pleasure to meet. Their positivity can arguably be seen as a national characteristic. This is not to say that Colombians don’t get angry or sad. They merely choose carefully when to show their anger and sadness, and when to hide it. Colombia has a plethora of national holidays, and it sometimes seems like there is always a fiesta happening somewhere. Often festivals are religious in nature, like the unique El Dia de las Velitas on December 7th. This night is seen as the official start of the Christmas season, and every household lights small candles in front of their property. Friends and neighbors visit each other, and along the Caribbean coast street parties ensure dancing until dawn. Good manners are also nurtured in Colombia, and these are distinctly independent of social status. I have spent quite a few stressful hours trying to negotiate the rather unreliable internal flight network, and every time a helpful local has been there to make sure I reached some sort of destination. In this world of confusion and change, where conscientious behavior and respect of one’s fellow human beings can at times seem to be dying out, it is both refreshing and inspiring to find a country with traditional values and good old-fashioned common sense.

Photo + Video + Film17 Immaculate Photos That’ll Make You Want To Plan Your Trip To Colombia NOW
Tagged
Travel Colombia
What did you think of this story?
Meh
Good
Awesome