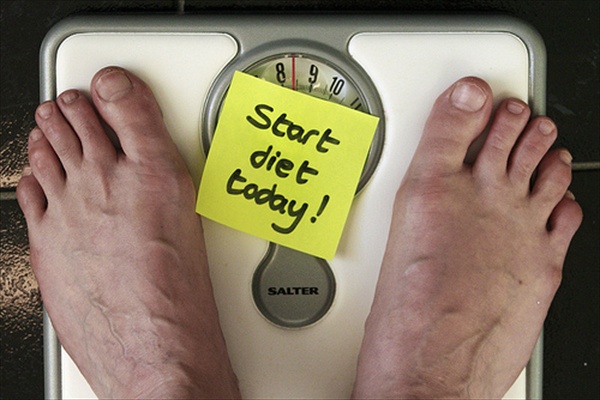 It’s not easy to find frank talk about eating disorders. Carissa McAtee shares with us how she overcame control issues and self criticism in order to lose weight and the surprising catalyst that spurred her to success.

I was never one of those kids who could eat whatever they wanted. I started watching my weight around the age of 10. The pressure to keep focus on weight and scrutinize every pound and body part amplified when I started dancing.

It’s not that I was big — not yet — I just wasn’t the skinny dancer type everyone expected to see in class. Nothing plagued me more than the thought of gaining a pound and having it announced to everyone at the monthly weigh-ins.

Eventually, my desire to remain thin enough for everyone else escalated into unhealthy habits. I became bulimic. I’ll spare you the particulars of that time in my life, but I will say things got out of hand. Thankfully, I decided to seek help when one of my friends found out and told my father. He sat down with me to discuss the health issues, and it was the first time I ever saw him cry. I sought counseling immediately.

I decided to seek help when one of my friends found out and told my father. He sat down with me to discuss the health issues, and it was the first time I ever saw him cry.

As I was trying to end the eating disorder, I entered college as a dance major, which meant more time in front of mirrors. I realized if I truly wanted to quit the destructive eating and self critical thinking, I would have to stop spending so much time examining my body. The amazing friends I made in college helped me through this transition.

Then I Turned It All Around, Completely

I quit dance. I quit exercising altogether. I started eating, and I kept it all down. Good for me!  I learned to enjoy life without worrying about food and exercise, but I drank a lot and ate horribly.

You know what? I had a blast. I was happy even though I knew I was gaining weight at a rapid pace. I found new passions and met people who liked me the person under the body.

Now, though, I see I only switched one destructive behavior for another. Still, I have no regrets. I don’t think that I’d be where I am now without going through that stage. I grew more confident in myself, and trusted others more because I felt that people liked me for more than just my looks. I learned to rely on my personality and grew in character. I wasn’t a shallow person before, but if there was anything I was shallow about, being bigger cured me of it! I’m a better person for it.

For six years, I avoided doctors and scales, and when i finally stepped on the scale to find I weighed 250 pounds. I was in shock to learn things were that bad. 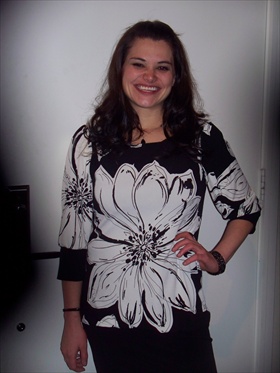 While working as an intern for a local online newspaper, I learned that a very popular weight loss reality show was holding auditions near my office. It started as a joke, but eventually with some encouragement from friends, it seemed this show could be a good opportunity for me.

I didn’t know what to expect from that first audition. About a thousand applicants waited in line along with me for almost three hours before the first round of interviews. When my group was finally called, we were asked to sit in a circle. The other potential contestants were loud, overbearing. Everyone was fighting for attention. I was so overwhelmed, I just sat back and waited to be asked a question directly.

A few weeks later, I received a call that the directors were interested.

Why I Was Not Quite Right For Them

I sent my tape in and waited a month before getting a call for a second interview. They asked me to tell my story.  I tried my best to be all weepy and emotional as they wanted me to be about my weight, but I was never able to be quite as unhappy as they seemed to want. I’ve wasn’t unhappy, regardless of my size and didn’t want to pretend otherwise.

The audition process continued, and eventually I was sent to LA for a week, which wasn’t nearly as exciting as one might think. I wasn’t allowed to talk to any other contestant. I couldn’t leave the hotel without being babysat by a production assistant for fear I might learn details of the show I wasn’t supposed to know.

After the last audition process, I realized I was waiting around for someone else to fix my problems. If those people could change their lives and lose weight while on TV, I would do it too.

At the last minute, the show decided to go with another contestant. I was disappointed, but the producers encouraged me to go through the process again the following year. And I actually did. At the end of the process a year later, they finally told me my story wasn’t right because I had had an eating disorder. Their reasoning was vague, but I ultimately gave me the impression that viewers might think I was “cheating” to lose weight by purging.

Even though I never became a contestant, I owe the majority of my weight loss to the show.  After the last audition process, I realized I was waiting around for someone else to fix my problems. If those people could change their lives and lose weight while on TV, I would do it too.

I Did It For Myself

It wasn’t easy. It still isn’t.

I’ve lost over a hundred pounds, but  there are still times when I don’t recognize myself in the mirror.  I’ve been at both extremes of the scale and sometimes forget where I am. I hate hearing others make fun of fat people because, while my body is not longer large, in my head, I am in many ways still that person.

I’m not sure I will ever be done with this journey.

For solo female travelers, camping alone can be unexpectedly freeing
Forget Bali and Tulum. These are the next big beach destinations for wellness.
The Hunt for Beyondland: The Great American Family Road Trip
7 spectacular national parks to visit this fall
What it really means to identify as Two-Spirit in Indigenous culture

The Hunt for Beyondland: The Great American Family Road Trip