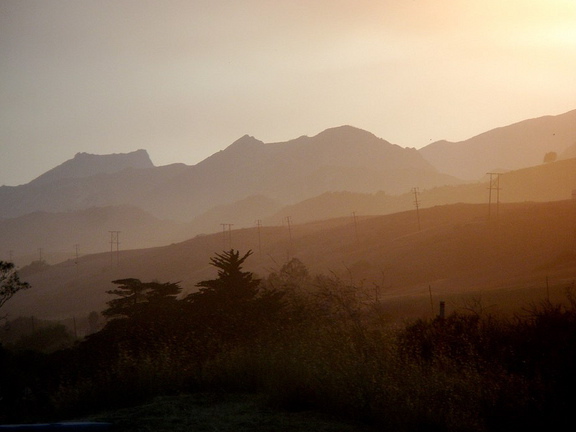 Miranda Ward on surfing cowboys, hitchhiking rats, and how to decapitate a rattlesnake.

The rats are in the walls again; I can hear the urgent rhythms of their feet at night.

In the morning we discuss what to do about it. I point out that at least they’re not in the cars, eating the wires. My father is fed up with setting traps and catching nothing; my mother is reluctant to let her morning be ruled by rodents.

He says, “Maybe they’ll like crunchy peanut butter better than smooth peanut butter.”
She says, “I don’t know, I can’t talk about this until I’ve had more coffee.”

So we put the kettle on again.

It’s the start of one of those blue midsummer days. The hills are parched and golden. There’s been no rain for months, and everything smells sweet and burnt; there’s ash in the air from a wildfire somewhere up north. This is where the northern California ecosystem meets the southern California ecosystem, where rare things are in abundance – endangered species, intertidal areas, migrating birds. Signs up year-round at the beach, saying Snowy Plover nesting season, please be careful. 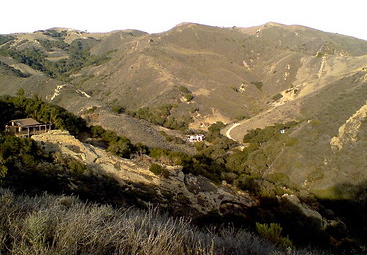 I’m home in Gaviota (about 30 miles from Santa Barbara) after a long period away. Things are beautiful but also wild here. Neighbors spot mountain lions; wake to discover the coyotes have mauled a chicken. Once, when I was very young, I put my hand down on a rock just beside a rattlesnake; I calmly stepped away and my father sliced its head off with a shovel.

I was never afraid of these things until I left and then came back. Now, I’m afraid of being alone here. The counterpoint to all the beauty is the isolation. I had forgotten how far away everything seems, how big the world can feel. At night, the city lights I’ve grown so used to fail to appear and in their place is the vastness of the Milky Way. I lie awake feeling the anxiety of space and loneliness, watching the shadows shifting outside.

The counterpoint to all the beauty is the isolation. I had forgotten how far away everything seems, how big the world can feel.

And listening to the rats. This is something I do remember. The way they become such an important part of our lives. One once died in the engine of our pickup truck, so for weeks we were driving around with this smell. I would say to my friends, “Sorry about the Dead Rat Smell, but there’s a dead rat somewhere in the engine and we can’t find it so we’re just waiting for it to decompose.” I’d shrug. And because they knew I lived Somewhere A Bit Odd, they would shrug too. 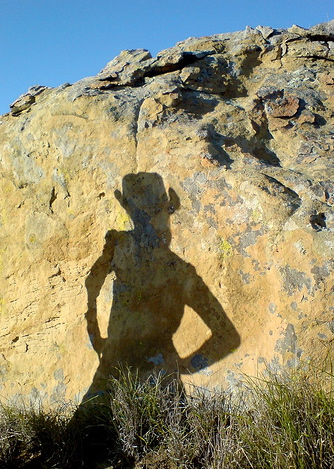 Somewhere a bit odd: a working cattle ranch,14,500 acres of land divided into 136 parcels on 8 ½ miles of coastline. When you look out from the deck of my childhood home, you can’t see any evidence – apart from the road – that other humans live here. But you can walk half a mile up the road to visit Jeanne, who keeps chickens and likes to kayak when the water is calm.

Most of our neighbors – the ones who live here year-round, not the weekend visitors who drive up from LA if the waves are meant to be good – are surfers or cowboys or both. When I was a little girl I favored the cowboys. I helped them round the cattle up from the canyons, on my little appaloosa gelding. The other kids my age were more interested in surfing. I guess I felt I was being rebellious – holed up at weekends conditioning the leather of my bridle, riding my bike up to the pasture every morning to feed the horses, while my peers were encasing themselves in neoprene and battling the waves.

When you look out from the deck of my childhood home, you can’t see any evidence – apart from the road – that other humans live here.

But often you’d see both a saddle and a surfboard in the back of a pickup truck, and eventually even I learned how to stand up on the board. A while after that I sold my horse, because I was sixteen, and too busy with other things, like plotting my escape from this place that had seemed so sweet but now seemed more like a prison. 45 minutes to the nearest grocery store. An hour to my best friend’s house. Even with a car, these distances sometimes felt insurmountable. When I came off the ranch, onto the 101 Southbound towards Santa Barbara, I felt like I was passing into another universe.

In the end, I did get away. I moved to Boston, then to England.

And now, home for a visit, I find that after years of being away I still know the geography of this little house well: the solar panels out back, the generator at the base of the stairs to power the lights if it gets cloudy. I know how to identify a rattlesnake by the shape of its head, and I know that eventually we’ll catch the rats and have a few weeks of respite from their incessant nighttime running.

I still know the geography of this little house well: the solar panels out back, the generator at the base of the stairs to power the lights if it gets cloudy.

I decide to make the trip into town to get more peanut butter for the traps.

The main road mirrors the coastline, which curves in such a way that the ocean is to the south, not the west. Several times I have to honk at a group of cattle standing in the road. Looking west, I can see Point Conception – traditionally an opening into the celestial world. The Chumash called it Humqaq, the Western Gate. It’s still forbidden territory today, part of Vandenberg Air Force Base. 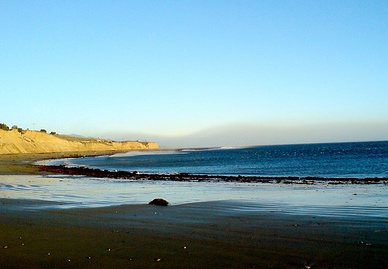 Ten minutes into my journey, something – a movement, a sound – captures my attention, and I turn to find a rat on the passenger seat. I pull over. It inches towards me, so I get out the car and open the doors.

A car approaches from the other direction; pulls over. Inside is Josh, a legendary surfer I’ve known for years. He used to win competitions, be featured in magazines. When I was younger I thought he was handsome. He has surfboards stacked in the bed of his truck and I can smell the coconut wax.

He drives away. The rat leaps out of my car. I continue my journey.

May 2, 2022 Kristine Hansen
✖
travelstoke
Download the mobile app
stoked by