THOUGH THE WINE INDUSTRY IN ARIZONA technically has its roots in the 1600s, it’s only recently that the state’s scene has found acclaim with varietals native to Italy and Southern France. There are now multiple wine regions across the Grand Canyon State, forming trails not meant for hikers but for oenophiles. Below you’ll find the three main drags putting Arizona on the viticulture map, along with some of the wineries that make them worth exploring.

With its National Geographic-worthy red sandstone formations and purported mystical energy vortexes, Sedona is one of the epicenters of Arizona tourism. Turns out the woo-woo hotspot is part of a larger network of northern towns whose volcanic soil and mild winters provide ideal conditions for cultivating Merlot, Chardonnay, and Cabernet Sauvignon — and not the second-rate kind of grapes that wind up in a cheap grocery store party-in-a-box. Nearly a decade ago, Wall Street Journal recognized the region as a potential “Little Napa.” Today, Sedona and the neighboring towns of Cottonwood, Jerome, Clarkdale, and Cornville — collectively known as the Verde Valley — are home to a handful of vineyards and a dozen tasting rooms.

Find it: The longest of Arizona’s three primary wine growing trails, this drive spans about 12 miles. Its epicenter is Cottonwood, approximately 19 miles southwest of Sedona along Hwy 89A. 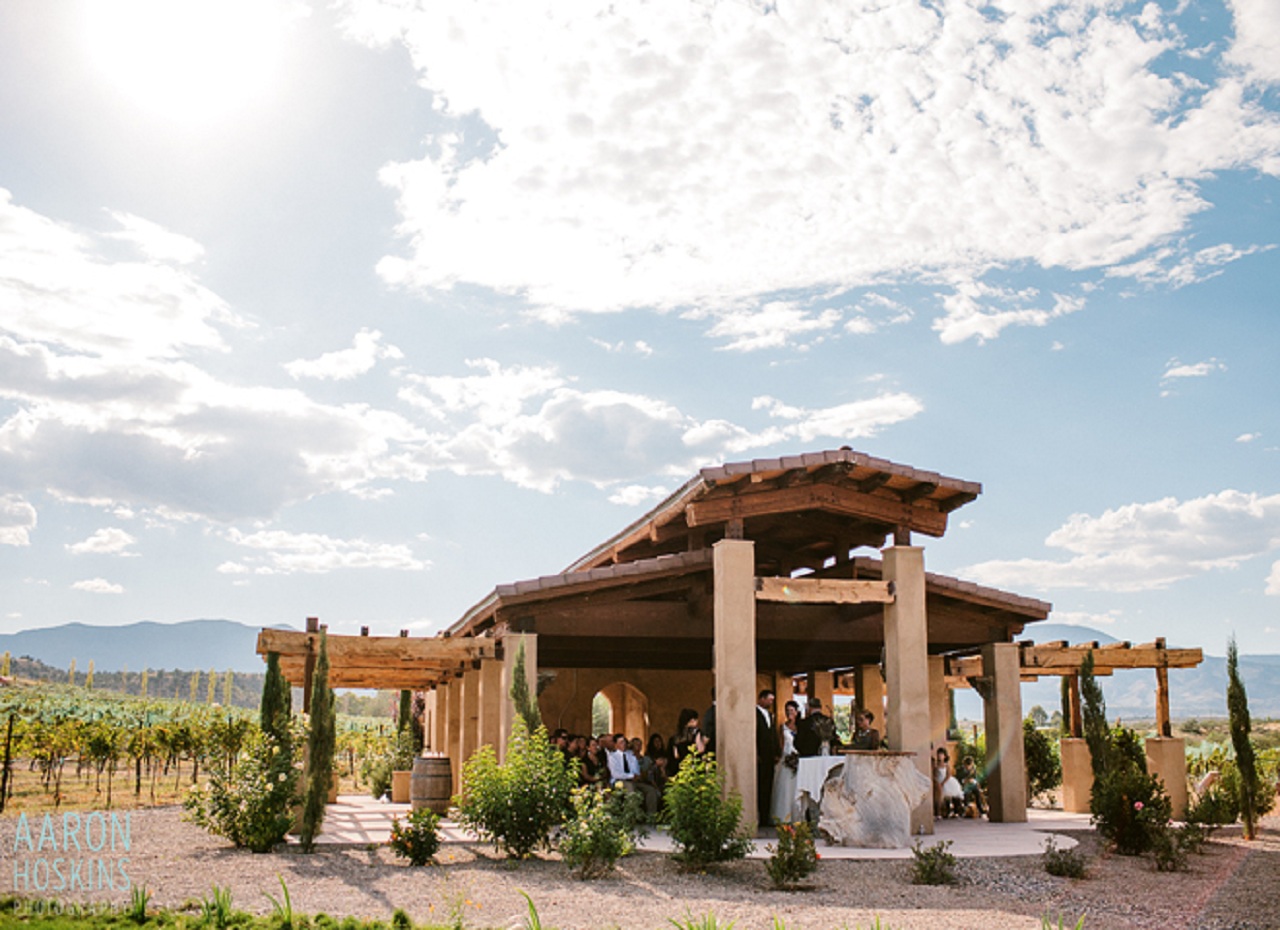 Co-founder Barbara Predmore’s Under the Tuscan Sun fantasies brought her to the confluence of Oak Creek and the Verde River, where she and husband Bob planted more than 13,000 vines encompassing a dozen grape varietals.

“The rocky limestone soil and sunny climate in the Verde is very similar to the wine making regions of France and Italy,” Predmore notes on the winery’s website, “and after two years of experimentation the results are everything we hoped for and then some.” Alcantara’s on-site tasting room is a pit-stop for local kayakers. Pop in wet or dry for a $10 sampler of five wines.

Tool ex-frontman Maynard James Keenan, who moved to Arizona in 1995, said the “mystical” terrain around Sedona inspired him to plant a vineyard. “Most of those I shared this vision with just sort of nodded and secretly hoped I would stay on my meds,” he quips on the Caduceus Cellars website. 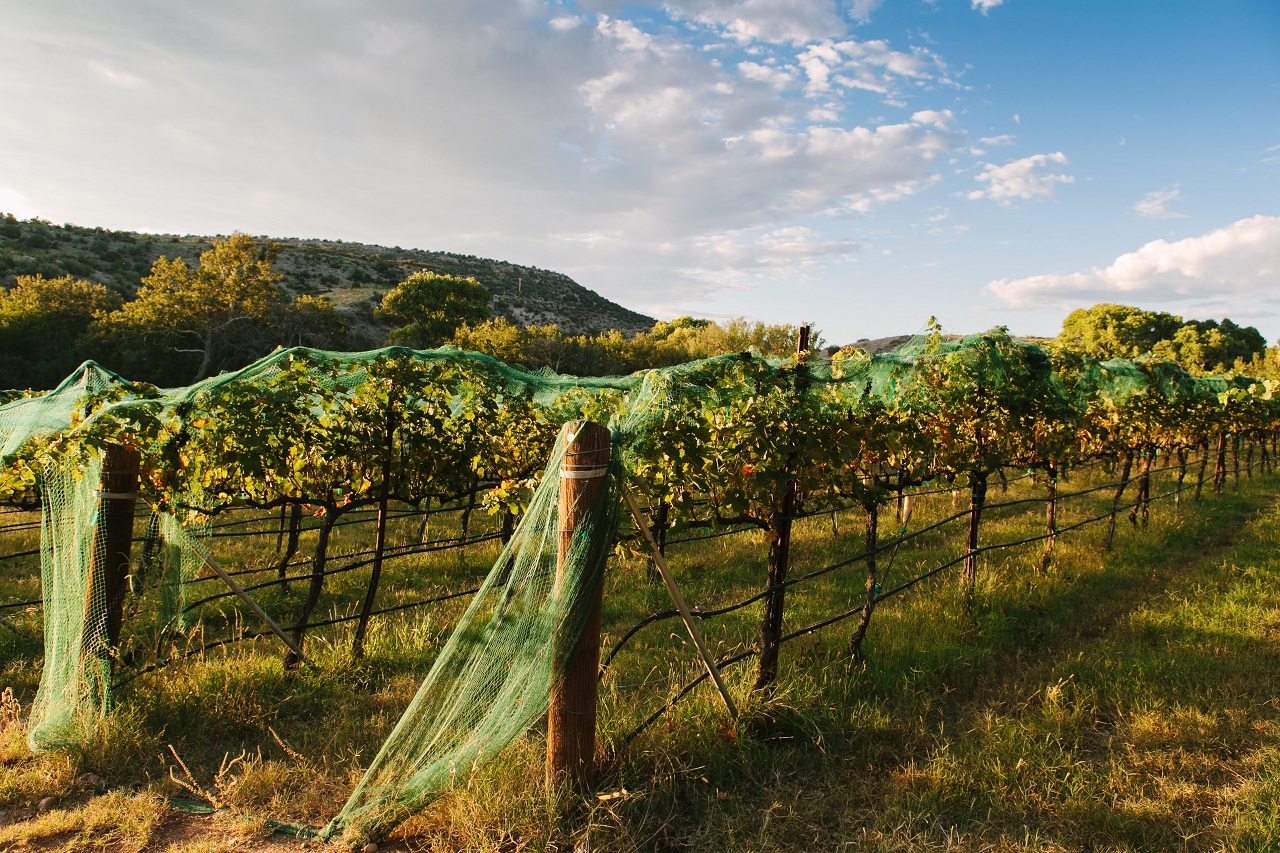 Located less than 20 minutes south of downtown Sedona, Page Springs Cellars offers a taste of the luxe tourist town with a more wallet-friendly, rural feel. The area’s climate is similar to that of the Mediterranean and the soil alkaline, lending itself naturally to Rhône-style varietals including Traminette and Syrah.

For $27 per person (weekends only), adults can tour part of the five-and-a-half-acre estate vineyard planted in 2003 by winemaker Eric Glomski. Relaxation options for guests include yoga and a chair massage among the vines.

Desert soil isn’t exactly conducive for growing — saguaros, Joshua trees, and other spiny death hazards notwithstanding. Perceptions of Willcox’s barren land changed in the 1980s and ‘90s when entrepreneurial vintners realized the cattle town’s warm desert climate, high elevation, and sandy soil provide “terroir” similar to that in Argentina and Southern France. Today, around three-quarters of the grapes grown in Arizona come from Willcox and the surrounding Sulphur Springs Valley. Vineyard owners have capitalized on the area’s growing reputation by setting up shop in the center of town, making for highly walkable wine tasting tours.

Find it: Take exit 340 off of I-10 and head for the accessible cluster of tasting rooms on Railview Ave. 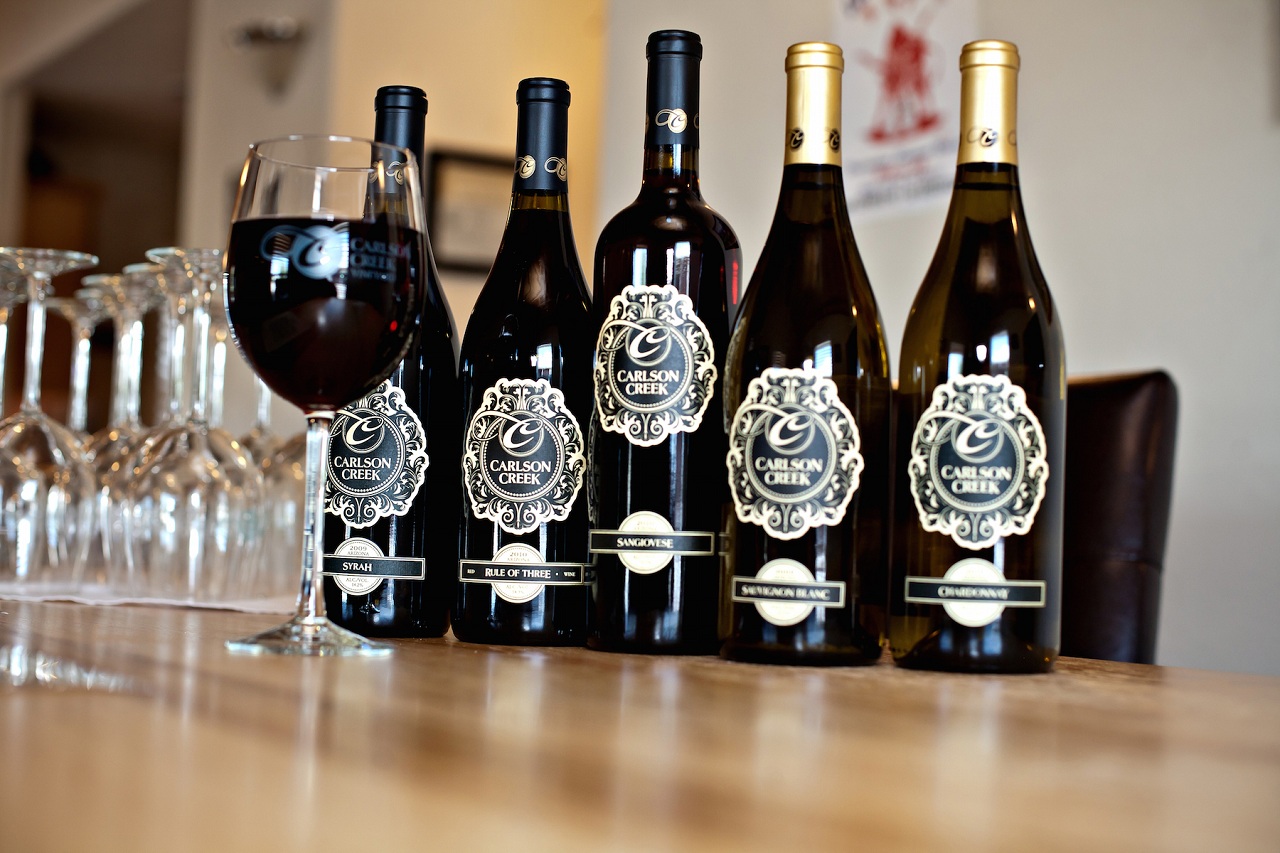 The white picket fence and country-house look of their tasting room is a dead giveaway that Carlson Creek is a family affair. Ex-Marine Corp pilot Bob Carlson grew up around farms, later turning his love of the harvest into a business run with the help of wife Liz and their three grown children.

Located off Kansas Settlement Road and Robbs Road, just outside of town, their plot expanded from seven acres in 2009 to nearly 45 acres of established vines in 2014. Don’t expect to be trudging through sandy loam or picking squished fruit off your soles after visiting, though. The vineyard’s public face is its tasting room on Railview Avenue, sampling current Rieslings and Chardonnay for $7 per glass Thursday through Sunday.

Technically, the roots of Keeling-Schaefer are in California. After grafting, established vines are then shipped to Arizona for planting a year later. More than 20 of Keeling-Schaefer’s wines have been rated by Wine Spectator, with three scoring an 89 (one of the highest ratings for an Arizona wine).

While the home field is in Pearce, 41 miles from Willcox, $7 tastings are held in the historic 1917 Willcox Bank and Trust building. Founder Rod Keeling and his wife Jan actually lived in that tasting room while their vineyard villa was under construction. 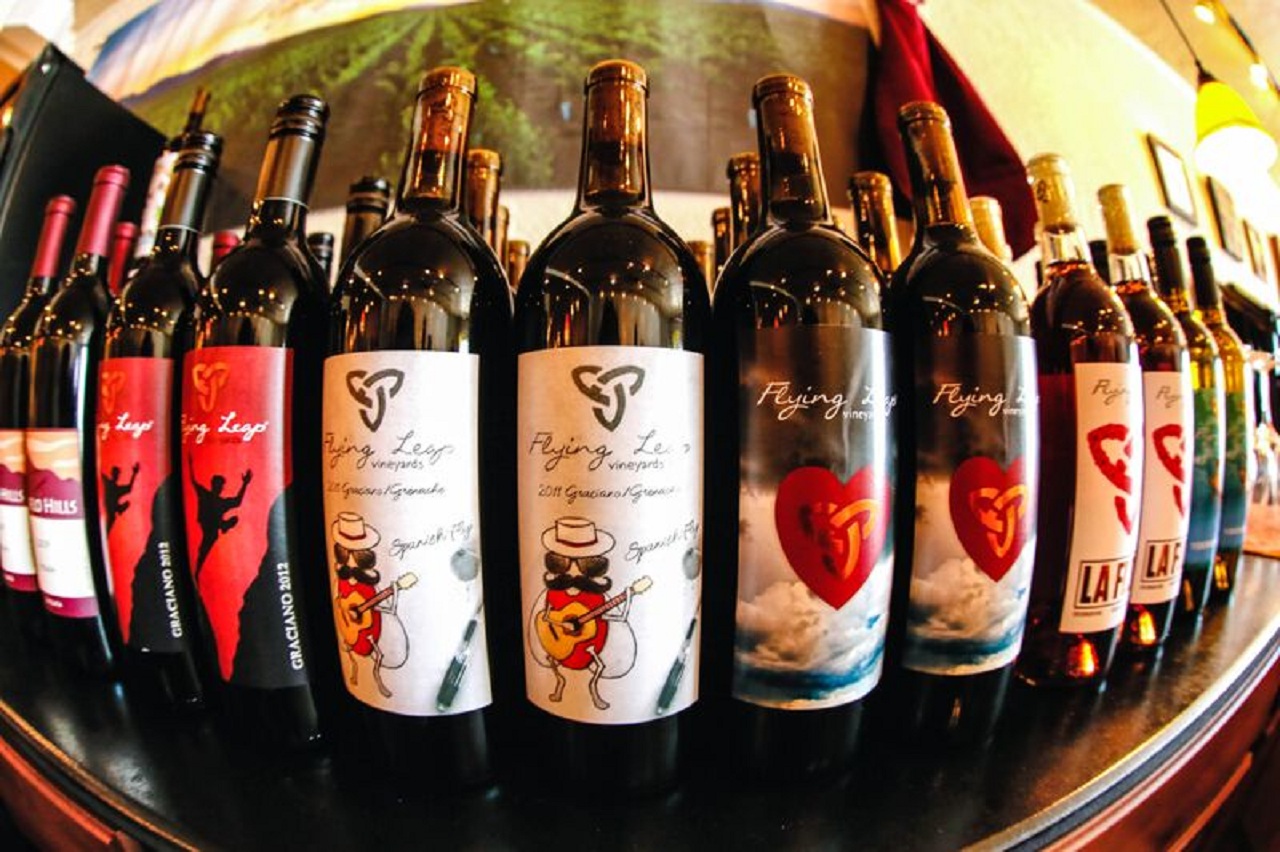 Flying Leap has two growing locations: a small estate vineyard tucked away near Elgin, and a large parcel in Cochise County, close to Willcox. Reds here are aged in oak barrels, while whites are cold-fermented and aged in steel or wood, depending on the temperament. Head to their century-old tasting room for samples of Tempranillo and Grenache poured in the historic saloon where Wyatt Earp’s younger brother was famously gunned down.

Arizona’s first and only designated American Viticultural Area (AVA), Sonoita is at the top of its game — along with its tiny neighbor, Elgin (population 161). Grapes flourish at elevations of 4,500-5,000 feet here, making for some of the highest vineyards in the country. The AVA designation doesn’t mean much to the general population, but potential investors and wine aficionados always appreciate government approval of a grape-growing area. The terrain is high desert grassland, which seems a poor fit for planting. But after soil scientist Dr. Gordon Dutt conducted a vineyard study here in 1973 and later opened a commercial winery, vintners flocked to the mountainous area for its Sonoma-esque growing temperatures and water-retaining soil.

Find it: Set between Sonoita and Elgin, just off Highway 82, this wine trail is made up of about a dozen vineyards and tasting rooms, with several in walking distance along Elgin Rd. 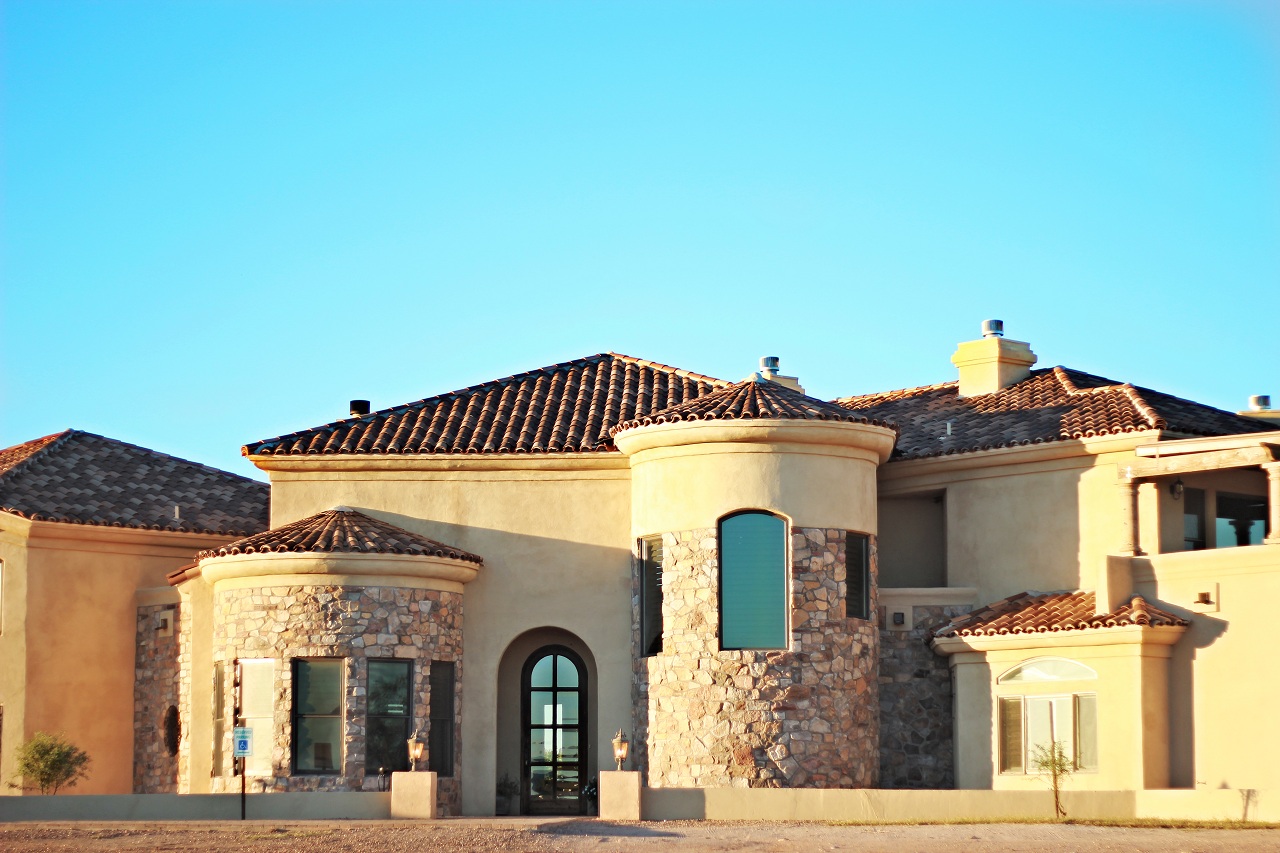 Kief-Joshua has 20 acres in Elgin and 40 acres near Willcox, with an Italian Gothic tasting room overlooking the mountains of Sonoita. Private tastings and tours are offered on request, or visitors can sample Tempranillo, Sauvignon Blanc, Zinfandel, and more for eight bucks including souvenir goblet ($5 if you bring your own glass).

When the POTUS drinks your wine, you know you’re fermenting with the big boys. Callaghan vino has made guest appearances at White House events including a Clinton dinner and former Justice Sandra Day O’Connor’s retirement.

“Our winemaking approach is decidedly simplistic — no gizmos, lots of barrels (new to four years old), aging on the lees, and little racking,” founder Kent Callaghan says. On-site tastings are equally no-fuss yet elegant; stop in on the weekend for a $10 tasting (crystal glass included), and you’ll likely meet Callaghan in the flesh. 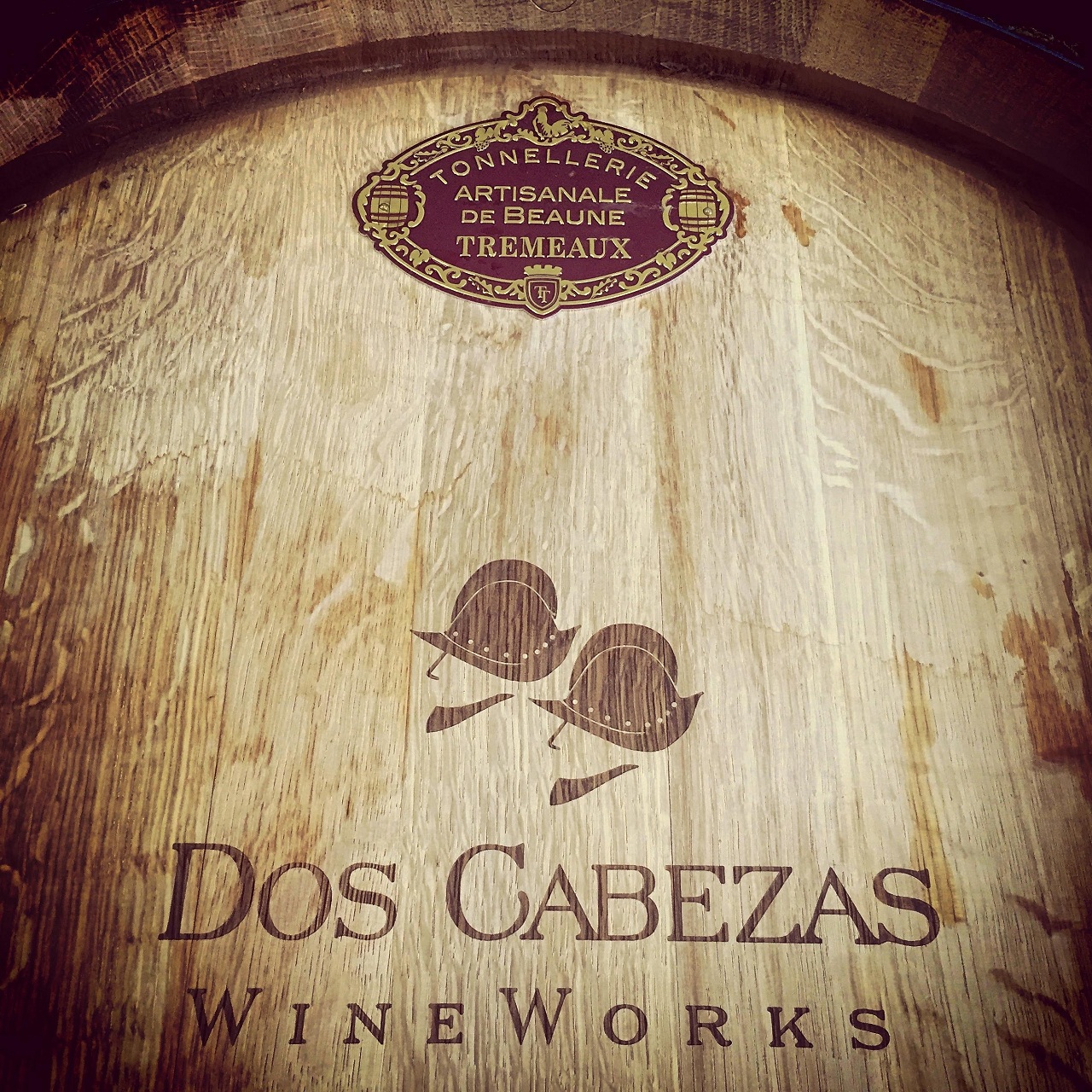 The Sonoita tasting room is rustic and homey, with past pours ranging from deep red 2013 Toscano and Cimmaron’s Trimezzo to a funky, sparkling pink wine served in a can. The latter’s rosy label design is taken from a painting by Leonard Bianco, whose son Chris owns Phoenix’s award-winning Pizzeria Bianco.

This post is proudly produced in partnership with the Arizona Office of Tourism.
Tagged
Restaurants + Bars Insider Guides Arizona, United States Arizona: Go Grand
What did you think of this story?
Meh
Good
Awesome
✖
travelstoke
Download the mobile app
stoked by