From Calgary and through the prairies 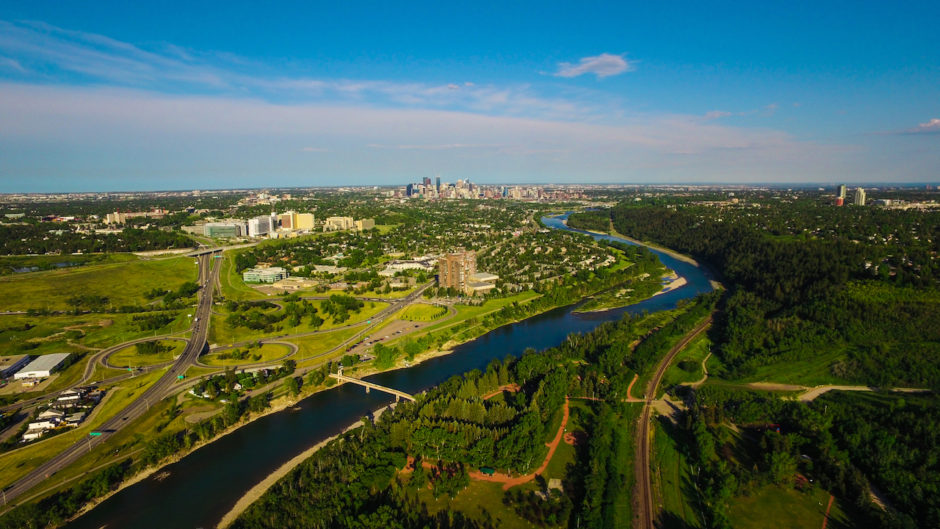 Calgary and the Bow River. Photo by Spencer Cordovano

A big draw to Calgary is the annual Calgary Stampede in the summer, but like any other cosmopolitan city there are lots of options for great restaurants, shows, live music, and shopping.

The rodeo is interesting but the best part of Stampede is the Grandstand Show later that night. It’s a musical about Canada followed by a ton of close up fireworks. #stampede

There are many jokes about the prairies, like, “if your dog runs away you can watch it for days.” It’s flat as a pancake (actually, they have inverted mountains, called coulees), but it’s not as boring as people say. The skies are epic, especially when storms are brewing, and the driving is a breeze compared to some of the white knuckling of the mountains’ winding roads and passes. 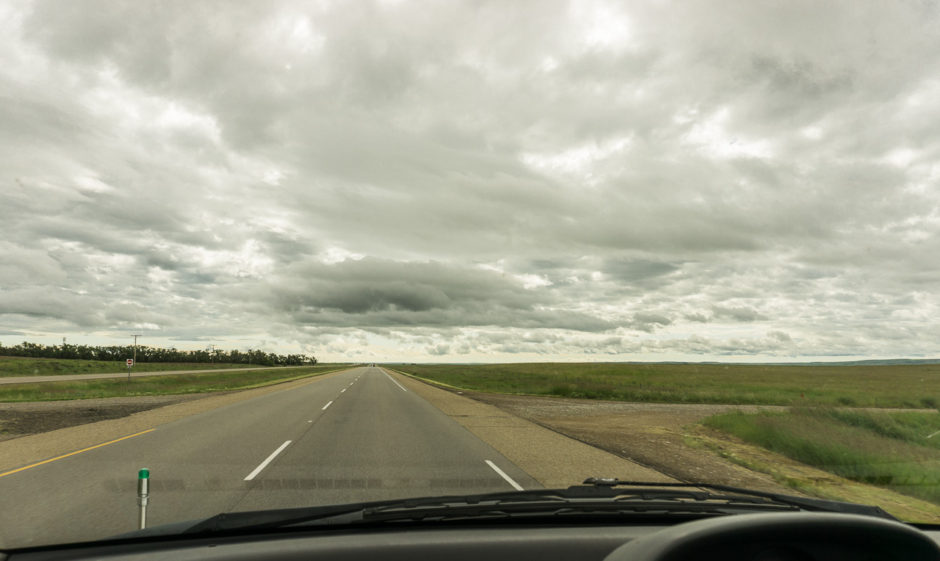 The Canadian prairies, long and straight roads, and awesome skies. Photo by author.

Going off the beaten path

Many will bee-line it on the TCH into Ontario, but you’d miss a really cool Canadian city if you did that. Instead, head to Saskatoon, SK for a very respectable food, music, and arts scene and a beautiful setting on the South Saskatchewan River. From there it’s a pretty drive on the Yellowhead Highway (#16) to Winnipeg and beyond.

This is an all gluten-free restaurant. I’m not gluten intolerant but my partner is…I’ve had some crap gluten free food but the food here was amazing. You wouldn’t know the bread pictured here was gluten free if you didn’t know.

Beautiful heritage hotel in a great location. This is the back of it, it backs onto the river where there’s a great riverside walk. It’s close to Broadway bridge that takes you to a funky neighbourhood. Out the front is downtown Saskatchewan, walking distance to a lot of restaurants and shopping.

The Winnipeg Folk Festival is one of, if not THE, top folk fests in the country. If you’re in town when it’s on, I urge you to go check it out.

One if the best music festivals I’ve ever been to. Great atmosphere, friendly people, and very environmentally friendly (bring a water bottle, there’s no bottled water sold on site but lots of water stations to fill your bottle). Great food stands and several stages all throughout the park. You can also camp on-site. #music #festival #camping

If you’re making a stop in Winnipeg, make sure to check out Assiniboine Park. Otherwise stay on the TCH and drive into province number five: Ontario.

Prev Page Next Page
Tagged
Travel Trip Planning Canada
What did you think of this story?
Meh
Good
Awesome