Nightlife is a notoriously difficult subject to capture. Poorly lit corners and flashing lights create havoc for those wielding a camera. Ephemeral highs and lows are damn hard to catch. And not to mention: Who wants to be left observing when everyone else is going crazy?

As a Berlin-based photographer, I try to get a taste of both — being part of the crowd and catching those special moments — with my Leica in one hand and a gin & tonic in the other. I can hardly believe my luck that Berlin has turned out to be the hub of this special hedonist, flamboyant, bohemian lifestyle over the last two decades.

Berlin decadence is not comparable to that of any other place in the world. Poor, but sexy. A reminiscence of the glorious 1920s coupled with a buzzing electronic music scene. In the absence of closing times, endless after-hour parties last from Thursday through to Tuesday. Carnivalesque elements merge into minimal electro parties — with confetti, glitter, soap bubbles, and fog machines all playing an important role. Countless open-air locations and festivals can be found, as if Berlin sat thousands of miles to the south. It’s all very “un-German” — there are almost no regulations, besides the unwritten rules dictated by the party scene. And, of course, there’s the best club in the world: Berghain, the famous, weird, and unchallenged apex eclipsing all the rest!

Berlin right now is sex, drugs, and — well — electro. But come and see for yourself. 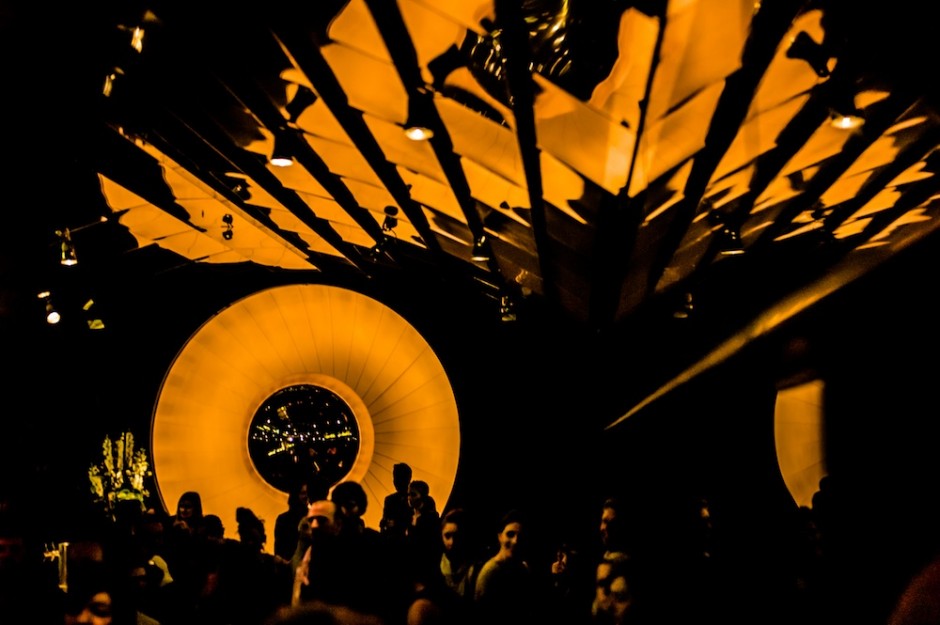 There are, of course, a couple of New York-style design bars in Berlin (like Bar Tausend or Cookies). Predominant, however, is still the rundown milieu of ruined buildings with their fondly assembled furnishings: shabby sofas, ancient candelabra, and kitschy oil paintings (as in the Wilde Renate, about blank, Kater Holzig, etc). 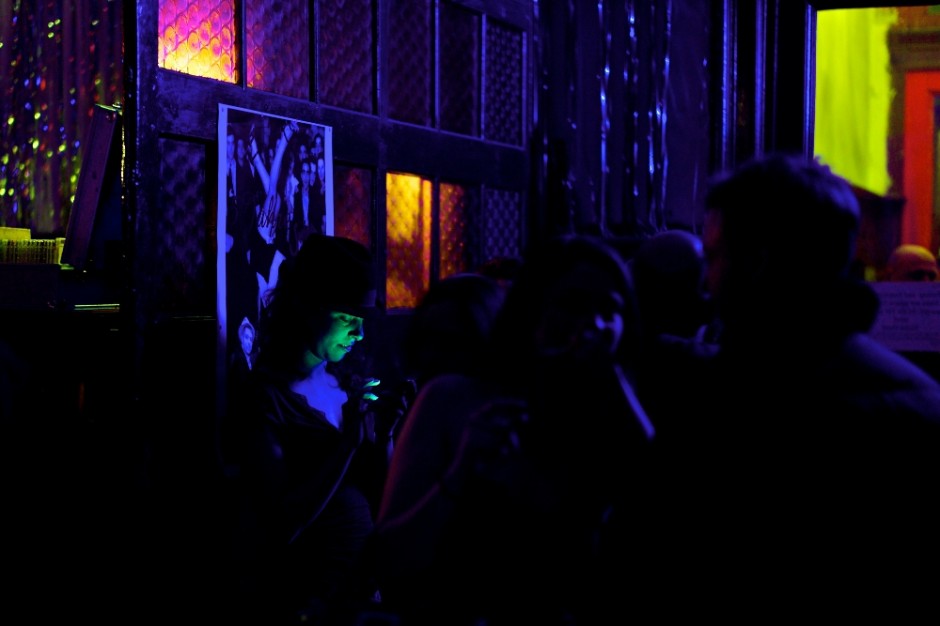 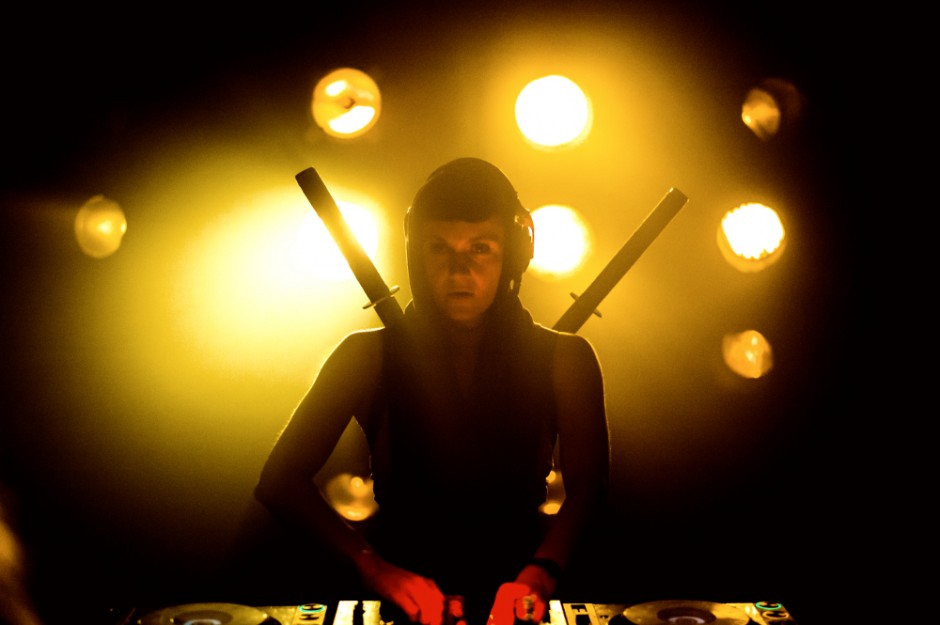 These figures are the real goddesses and gods of the night. 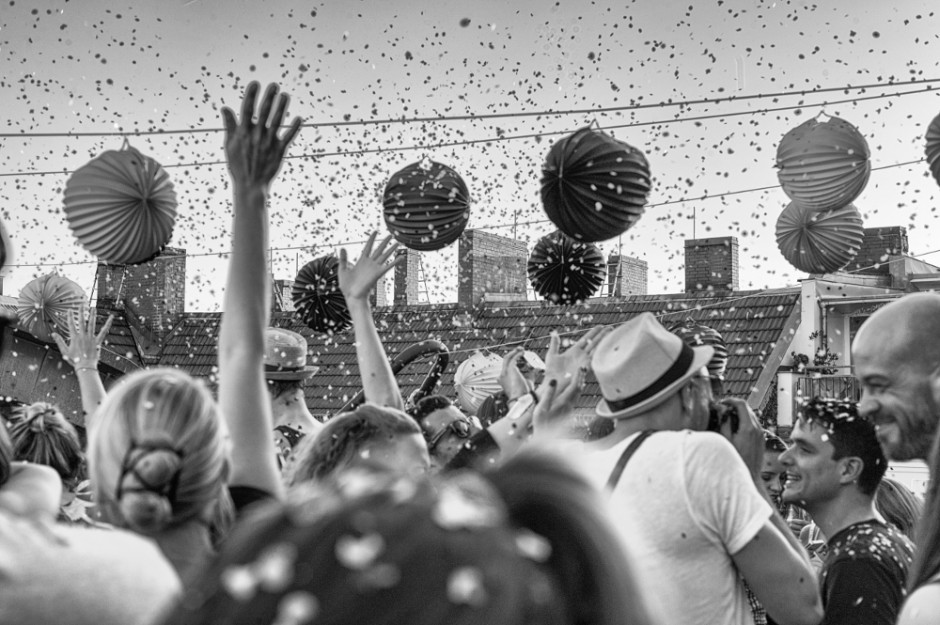 Confetti is an omnipresent feature of Berlin nightlife. Like little fluffy clouds it pops up in every corner and at any time during the night. Rarely will you wake up without finding it in your hair, bed, bathroom, clothes, and the very last corner of your apartment… 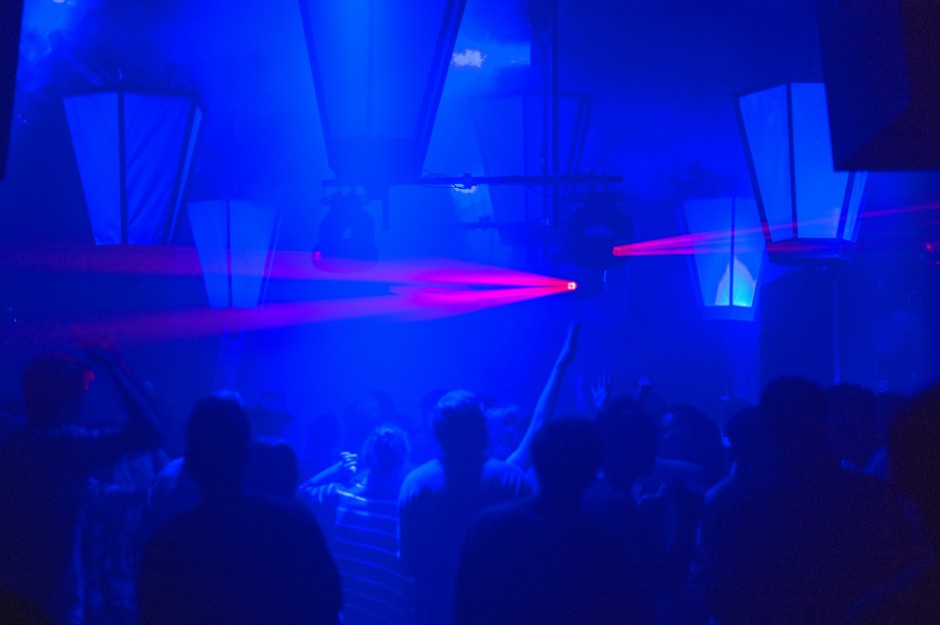 Comparing it with classic “Cities of Light” like New York, Paris, or Los Angeles, you'll find that a Berlin night seen from above is not equally striking. It’s the visuals in the clubs that all but hypnotize. 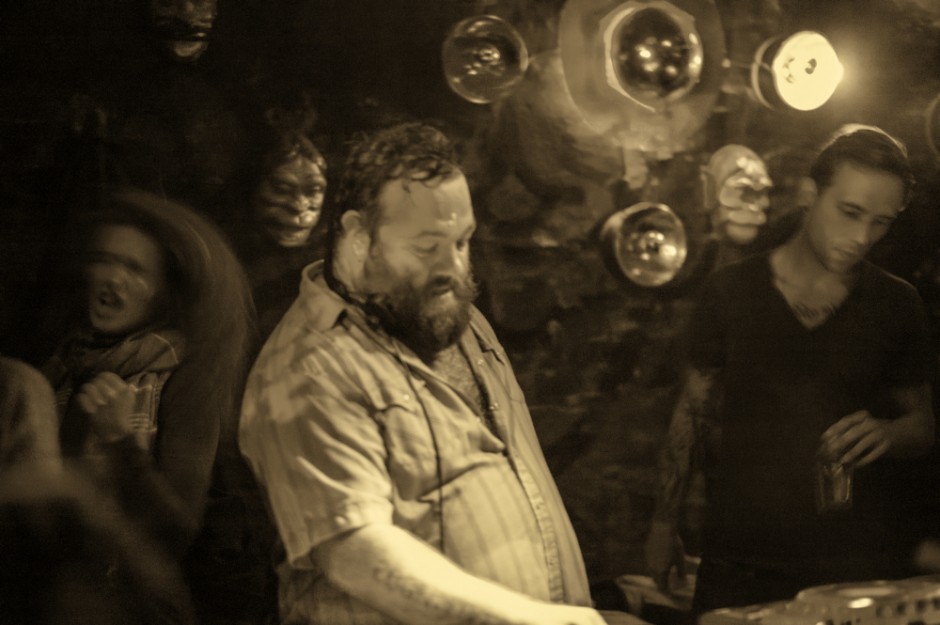 Like any comparable metropolis, Berlin boasts a great variety of creatures of the night. 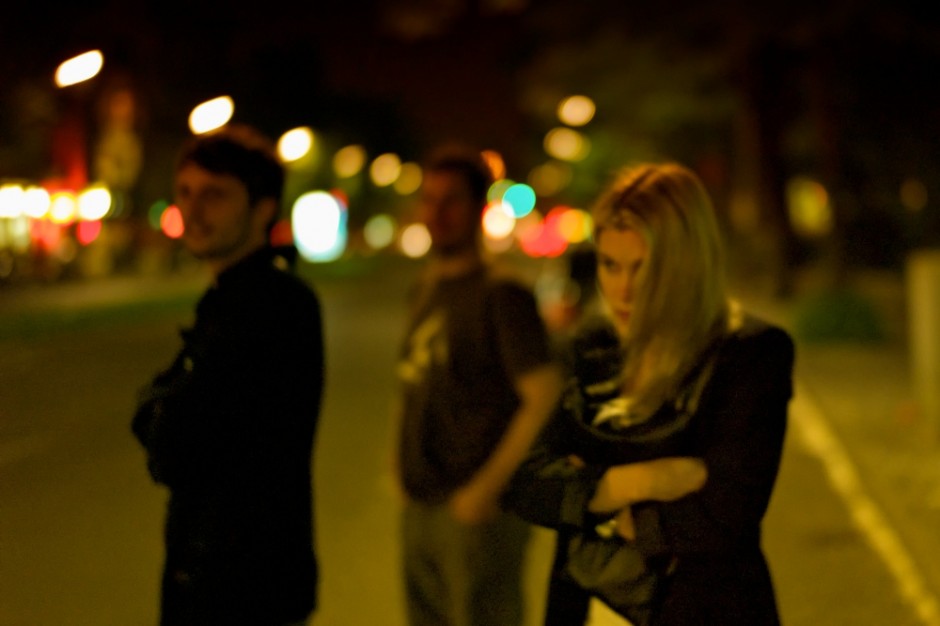 The night is not razor-sharp. The night is soft-focused. Alcohol, smoke, drugs, darkness, fog, weariness, and goodwill are the haze-diffusing agents of the night. 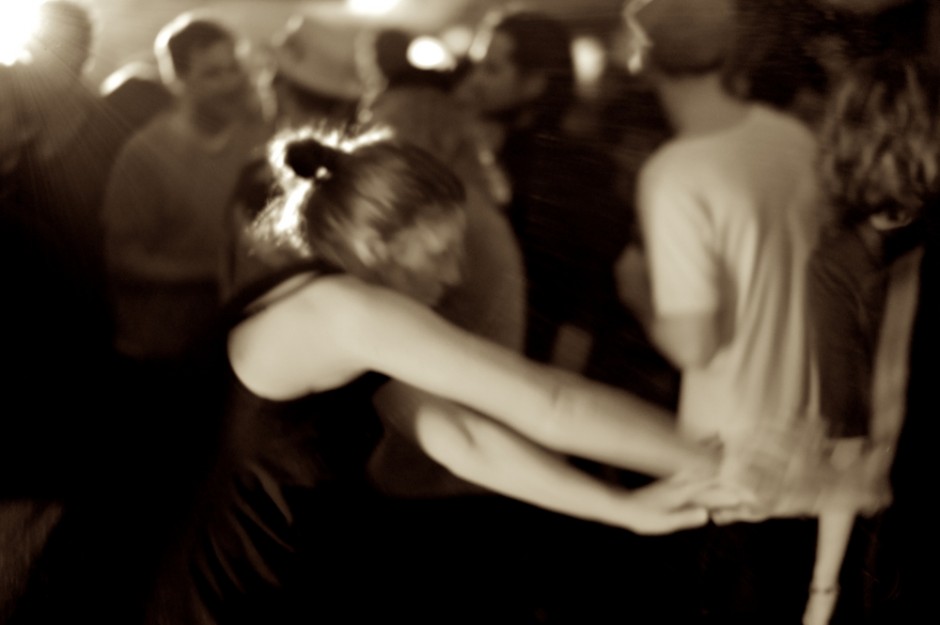 Everyone does it. You won’t find lined-up crowds gathering around orphaned dance floors. Mostly due to the minimal electro beats, dancers remain rhythmically rooted in place. 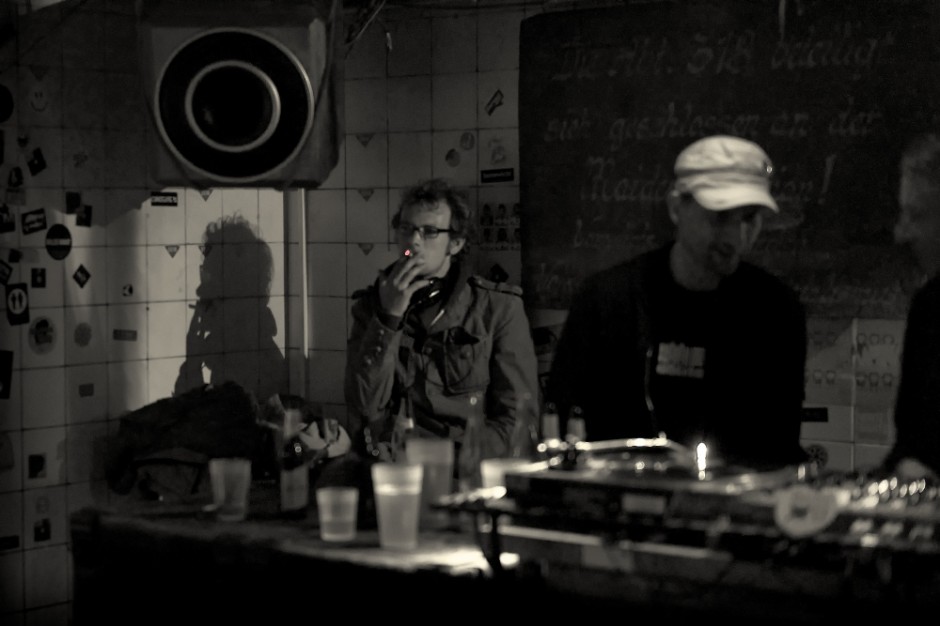 Under German law smoking is forbidden in bars and clubs. In Berlin, however, people don’t care a pin, creating for themselves a haven of freedom in a world increasingly tyrannized by health fanatics. 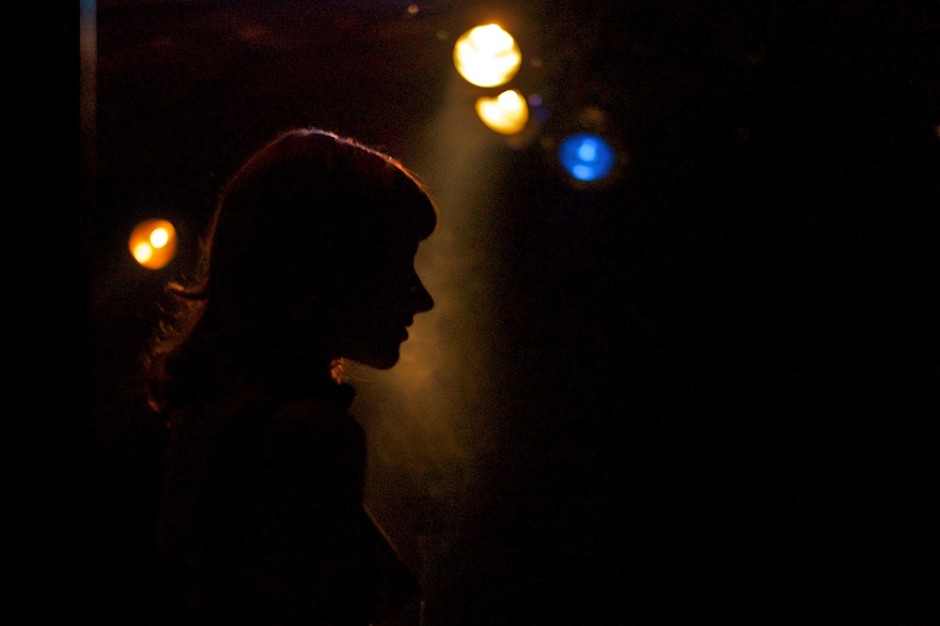 The law of the prairie rules the night. Lonely wolves and graceful gazelles prowl. The Darwinist principle of dominant beauty and attractiveness claims its victims. 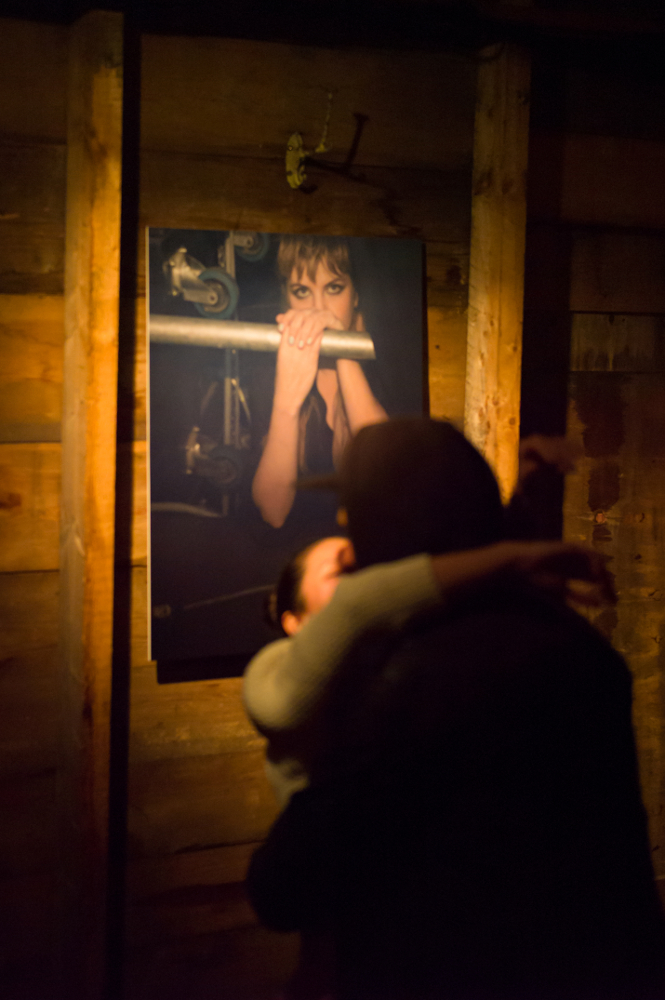 Techno music does not create a very flirtatious atmosphere. And Berlin is a tough playground for flirtation. But, hey, this is not a “Mädcheninternat” (girls’ boarding school), nor a priests’ seminary… 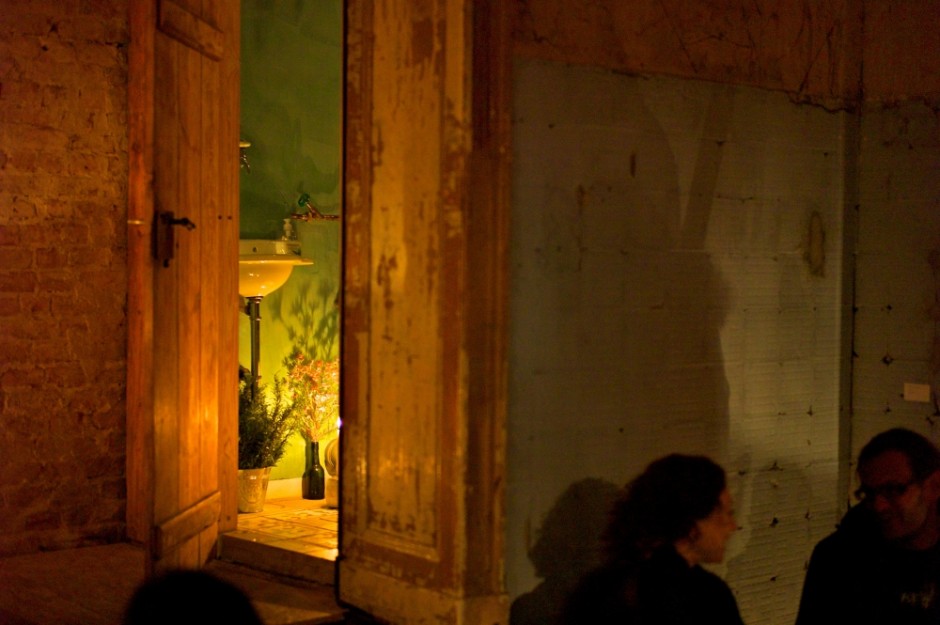 Unisex, of course. This is where the forbidden and the dirty is going on. 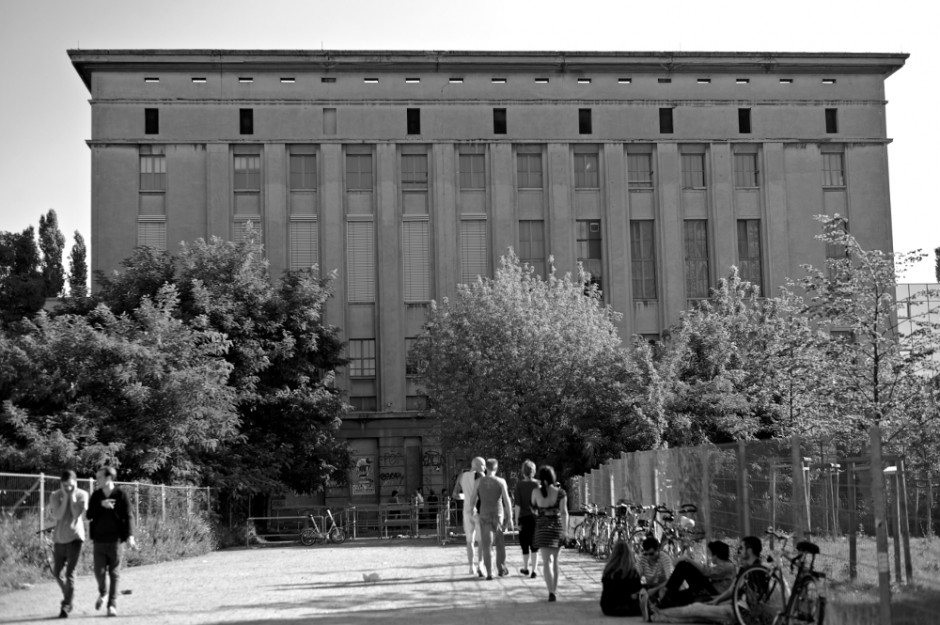 The epitome of a club. The famous, weird, and unchallenged apex that stands alone above all the rest. Photography forbidden inside…

Tagged
Galleries Restaurants + Bars Berlin, Germany
What did you think of this story?
Meh
Good
Awesome