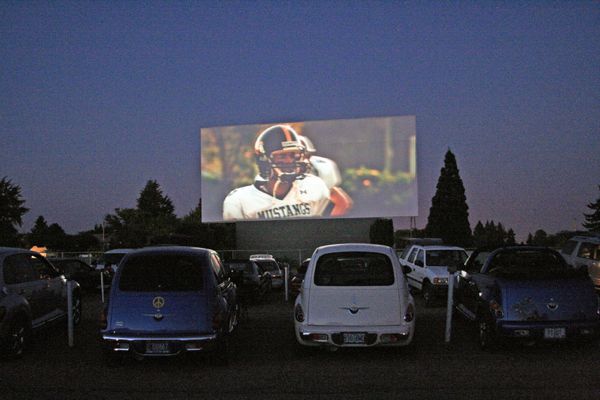 EAGER TO PROVIDE patrons a modified slice of a throwback era, the most glaring change from the traditional drive-in is that movie-goers cannot actually drive in to the theater.

Confused? We were too.

It works like this: when patrons order their movie tickets online, they must also select one of 20 shiny, new Volvos (Starlite’s partner) on the lot as their seating for the movie.

Driving personal cars into the lot is out of the question. And so is driving, as these 20 cars are “pre-parked for … viewing pleasure.” All patrons have to do is get in their selected, stationary vehicles.

And then not be completely aghast by the blatant artificiality of it all.

The concept is the brainchild of Damian Barr who describes his creative thinking, “I wanted to update the idea and make it work for an urban eco-conscious.” Because there’s no driving involved, there’s no vehicle emissions. The cars have additionally been adapted so that the movie can be heard through the car radios, thus cutting down on harmful noise pollution. 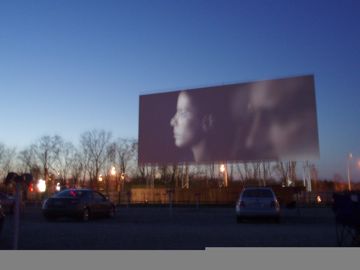 As movie-goers watch the film of the night, waitresses roll by the cars on roller skates taking and delivering popcorn orders.

Who knows? It might be a fun time. Maybe Barr’s concept will take off and Londoners will flock to the trendy new drive-in theater that doesn’t let anyone drive in.

Having experiences once removed is becoming more and more the way of having experiences these days. We watch ‘reality’ on our televisions. We play Second Life. We hurl ourselves through the air at unimaginable speeds in perfectly isolated vessels where one simple slide of the window shade can cut out the fact that we are situated in the clouds.

So, going to a drive-in theater to sit in cars that will not ever be driven, in order to relive an era many of us have not experienced first-hand doesn’t seem so absurd, does it?

What do you think? Would you go?

Matador has a slew of information about the United Kingdom, from how to take the bus in London to the best pubs for a sunday roast.

What did you think of this article?
Meh
Good
Awesome
Bookmark
Posted In
Culture
Destinations
London, United Kingdom

The 9 best shows to see in London this year

London’s new restaurant will serve cheese on a conveyor belt

This London neighborhood is sick of being an Insta backdrop