View all travel news
Top Destinations
Top CitiesView All Destinations
Trending Regions
Trending Cities
Load More
July 24 is National Tequila Day, and while legally only tequila made near the town of Tequila in Mexico can use the name, the agave liquor made in other parts of Mexico is made with the same ingredients and in the same way. Like how champagne can only be called champagne if it’s made in a certain area of France, but other wineries use the same techniques.

LOS OSUNA is a family-owned agave distillery near La Noria in the western state of Sinaloa. The Osuna family started growing blue agave plants and in 1876, they began making 100% blue agave liquor. The factory is small, and the award-winning liquor can be bought in Mexico in Sonora and Sinaloa and in America in only Illinois and California. Not because the citizens of those states are particularly enamored with tequila/agave liquor as compared to any other, but because the factory just can’t make more.

As a part of the Huana Coa “experience,” I toured the factory after ziplining, which was fun but left me hot and sweaty. So the taste of smooth tequila (excuse me, agave liquor) sipped in the shade was just about perfect.

All photos by the author. Editor’s note: tour and stay was arranged by the Mexico Tourism Board. 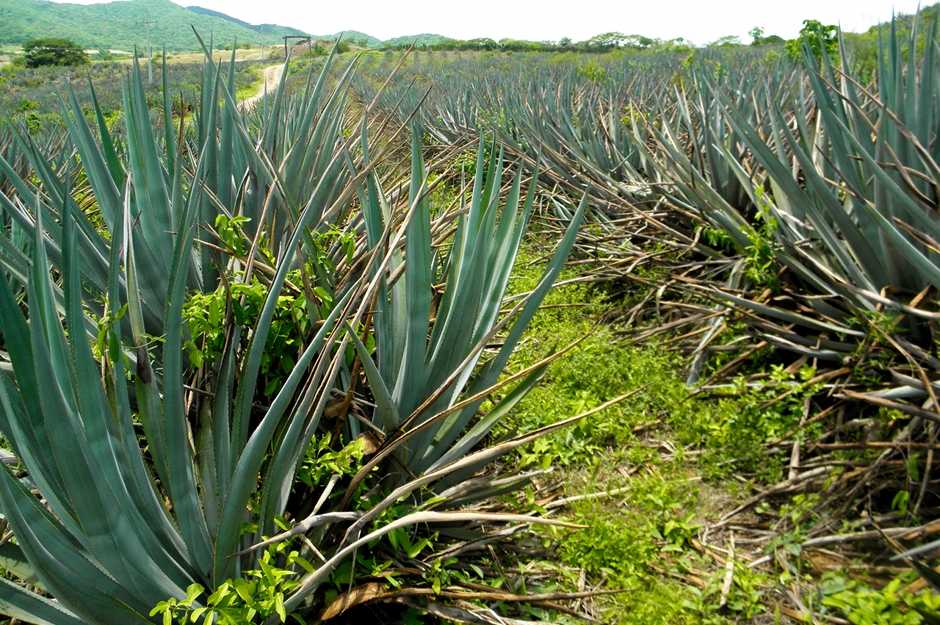 Tequila and agave liquor both come from the blue agave plant. The agave are planted and harvested by hand by jimadores. The leaves of the plant have to be cut off with a coa, a rounded knife at the end of a long pole or hoe. Depending on the soil the agave is grown in and the yeast used to process the liquor, each distillery in Mexico produces a subtly unique product. 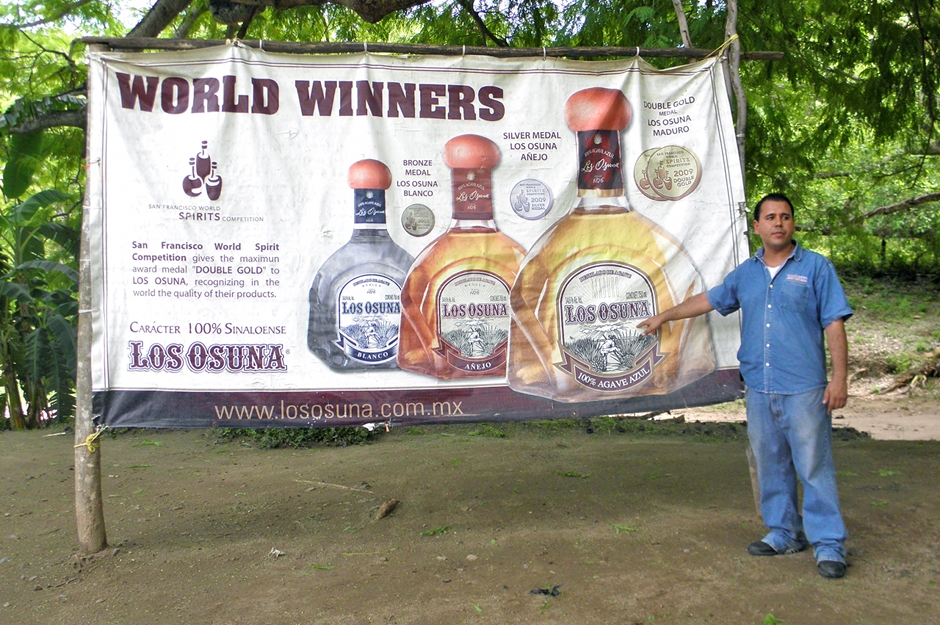 Daniel Osuna, our tour guide, started with explaining the different types of liquor produced in the factory. The clear Los Osuna Blanco has never been aged in wood. The Los Osuna Añejo is aged for three years, which is why it's the darkest. And the most popular label, Los Osuna Madura, is aged for 9 months. All of the varieties have won awards at the San Francisco World Spirits Competition. 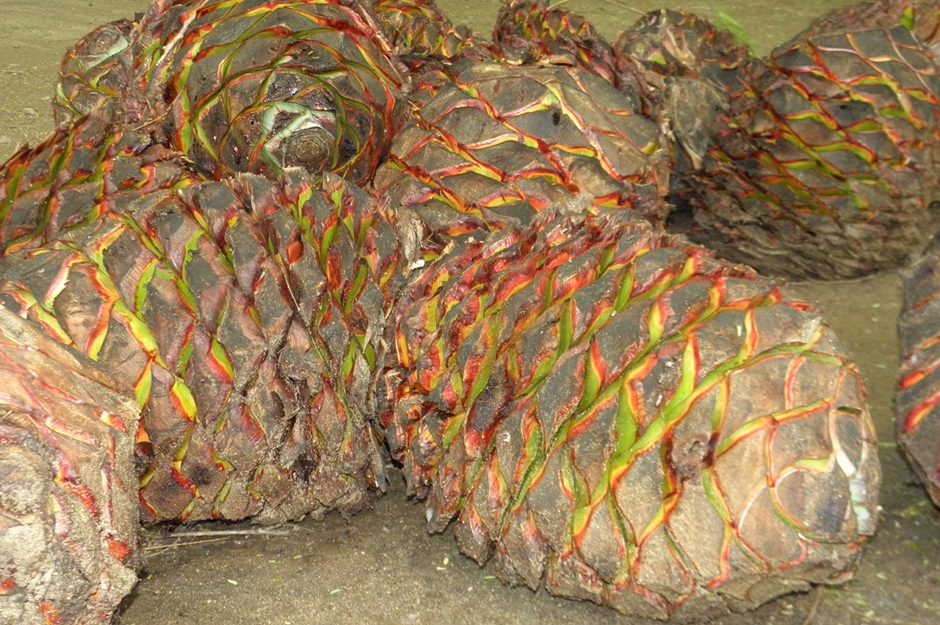 The piñas, or pineapples, are the heart of the agave. Once the leaves are taken off, this is what's used to make the liquor. It takes about 6 to 8 years for an agave plant to mature and be ready to be distilled. 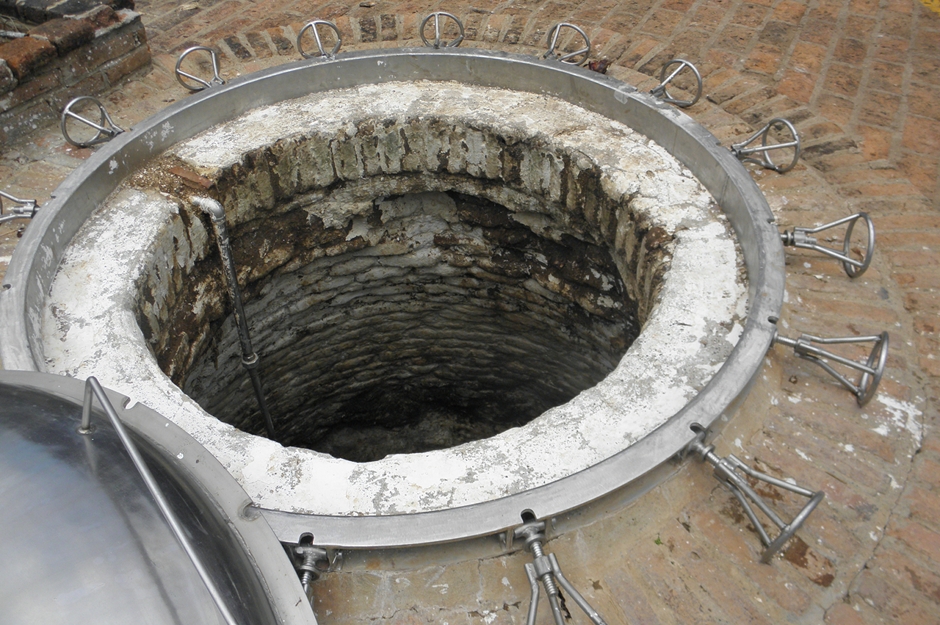 Four tons of agave are roasted for 40 hours in giant underground pits. 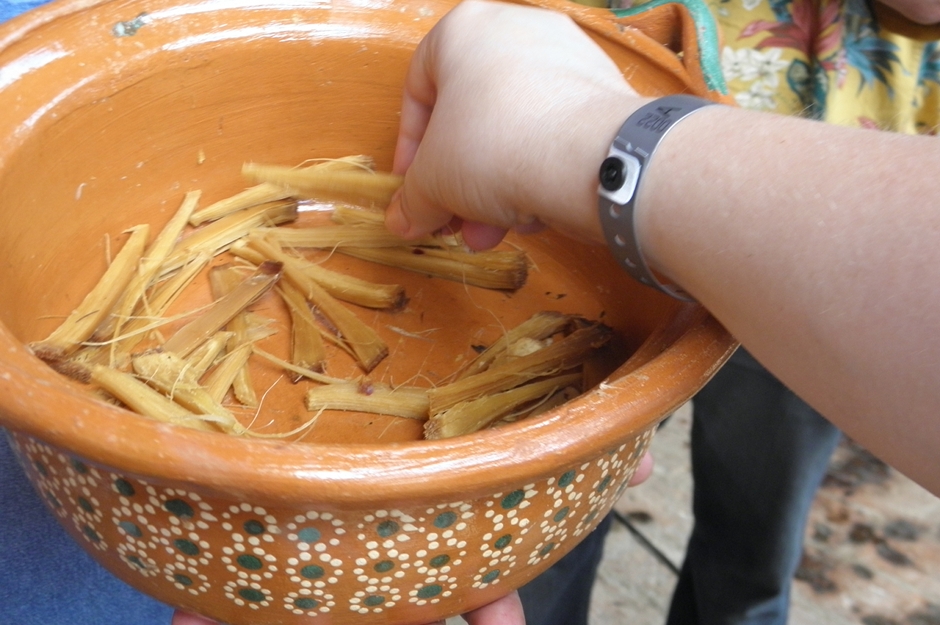 We sucked on small pieces of roasted agave; the juice is very sweet, which is why it's such an ideal plant to use for making liquor. The best time to harvest agave is right at the end of the dry season, because that is when the plants have the most sugar. 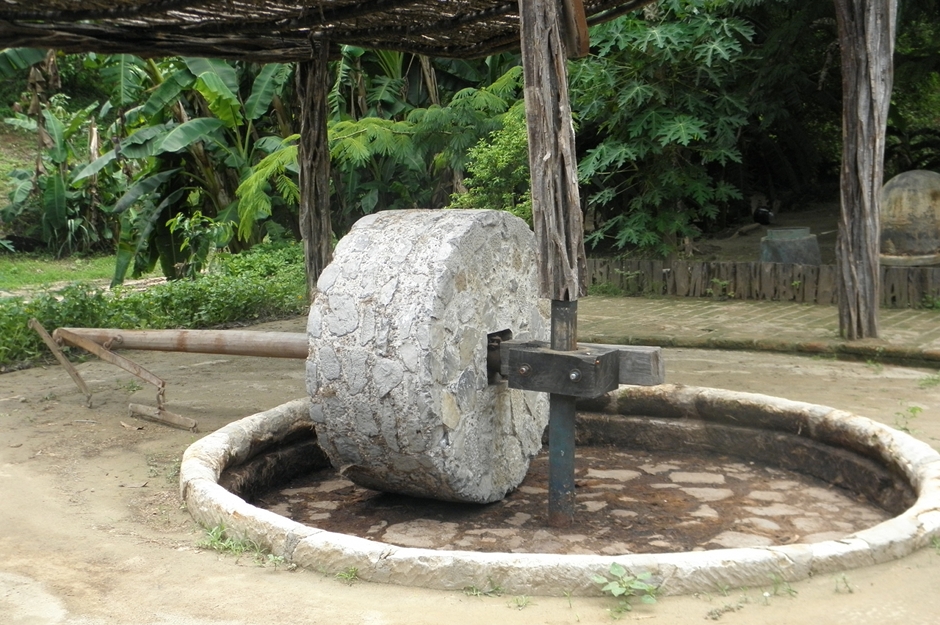 This was once used to crush the roasted agave to collect the juice.

Nowadays, they use a machine. The leftover pulp is then used like compost to help fertilize nearby fields. 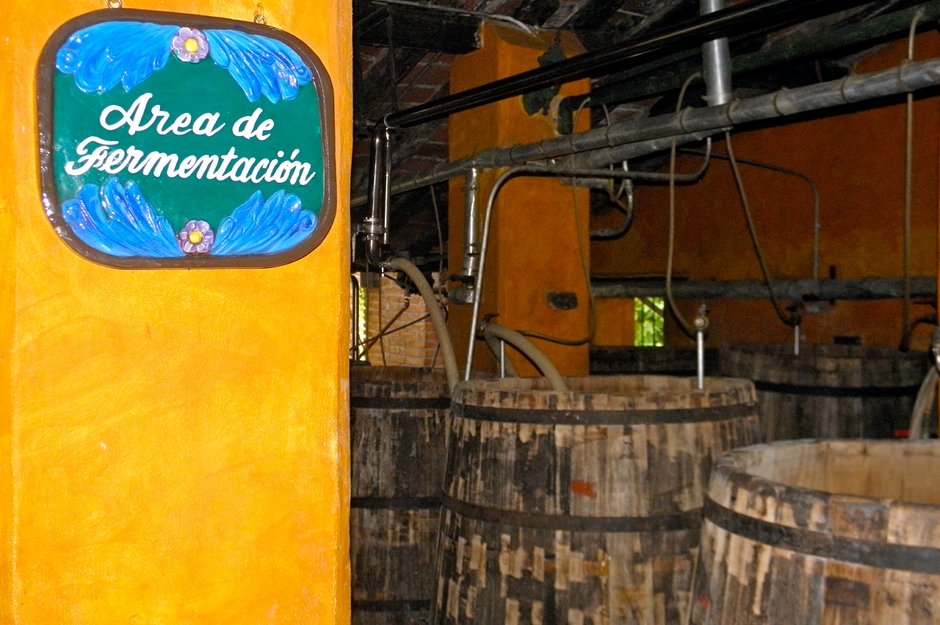 Researchers worked for two years to develop a special yeast for the Los Osuna. The juice ferments in open barrels. 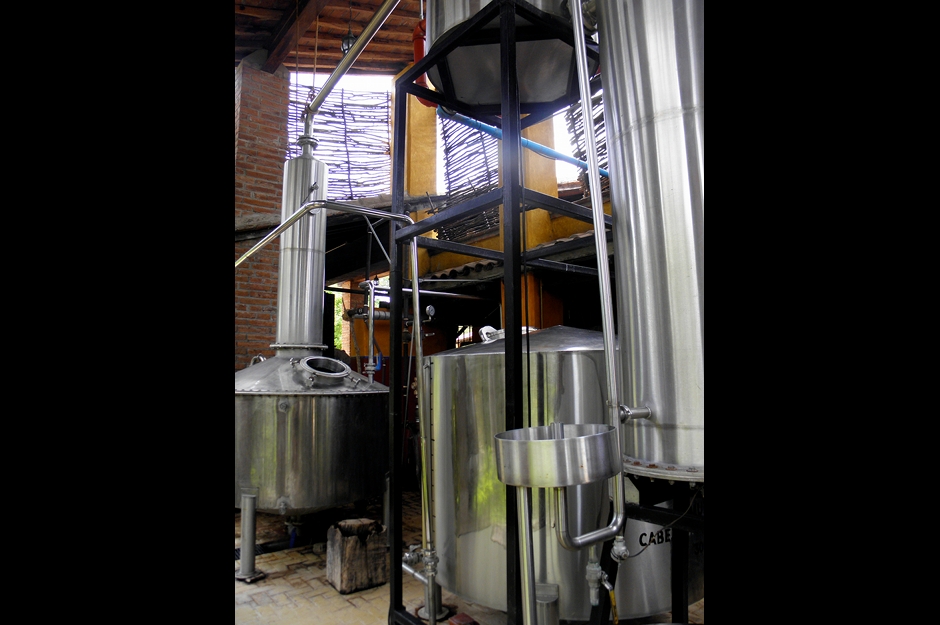 The distillation process is in two steps. In step one, the alcohol rises and is condensed and cleaned, and what is left is a 30% clear alcohol. 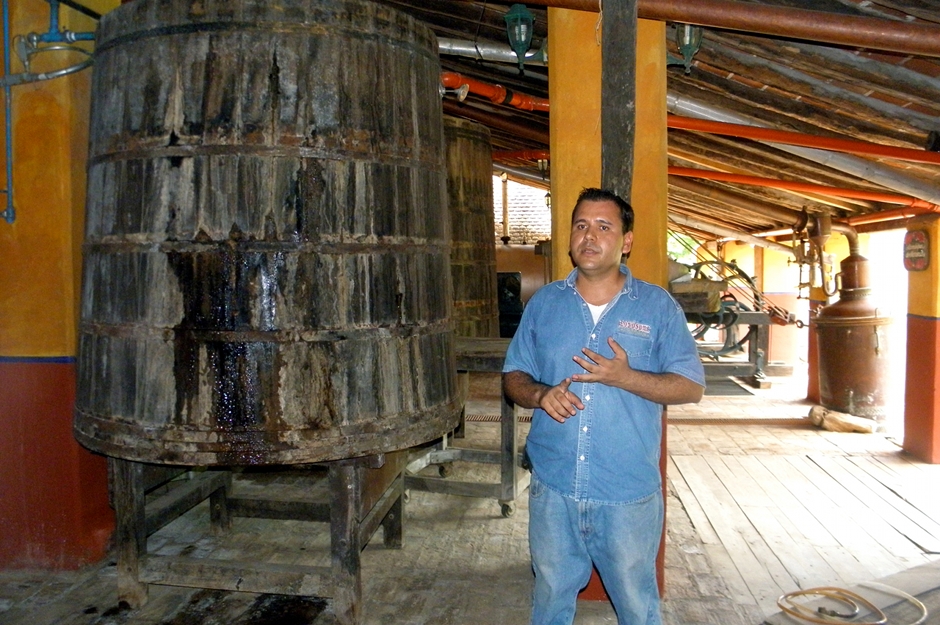 While the first step of the distillation is done with modern machinery, the second step uses more traditional equipment. It ends with a 60% alcohol referred to by Daniel as, "To-kill-you." 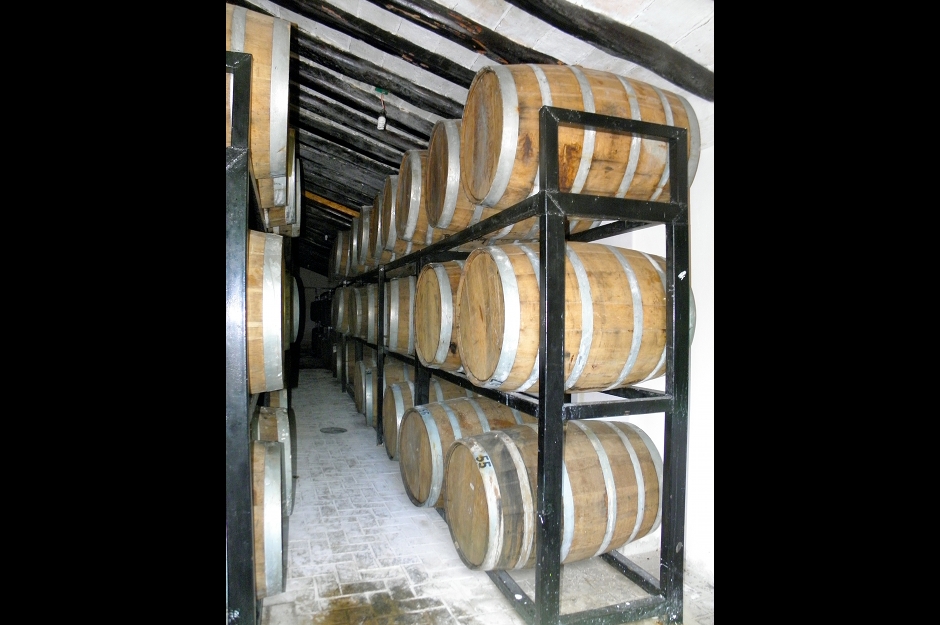 The liquor for the añenjo and maduro is aged in American white oak barrels made in Kentucky. The barrels are reused up to five times for maduro and two times for añejo. It's the wood of the barrels that gives the liquor its color. Some distilleries will use old whiskey barrels to give the liquor a different flavor. 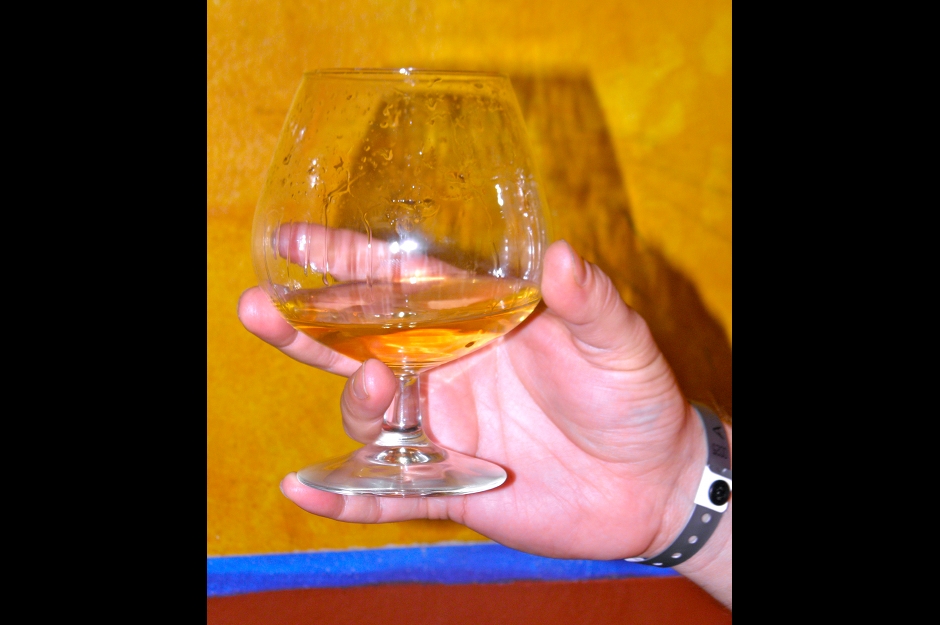 Look at the legs

After purified water is added to the aged liquor, the tequila is bottled and capped by hand. It can then be tasted like a wine - swirling it, smelling it, looking at the "legs."

After all the work

The end result is a smooth drink, best appreciated like a fine whiskey and sipped slowly instead of as a quick shot with salt and lime.

How To: Splurge in Mazatlán