FOR ONE WEEK, I sailed among the Aeolian Islands with the revelers of The Yacht Week (TYW) — a 7-day celebration of sailing, music, and the good life. On and off the yacht, I photographed world-class DJs, epic parties, the volcanic islands, and the blue stretches of Tyrrhenian Sea that separate them. Starting from Portorosa, a commercial port not far from Milazzo, we sailed to Stromboli, Lipari, Panarea, Salina, and Vulcano.

TYW works like this: Luxury yachts are sailed from island to island by professional skippers, and TYW ‘crew’ comprises participants of all levels of sailing ability. By day we sail, sip strong drinks, and swim. By night, we party. Here’s a glimpse.

* Christian was a guest of the The Yacht Week on this trip. 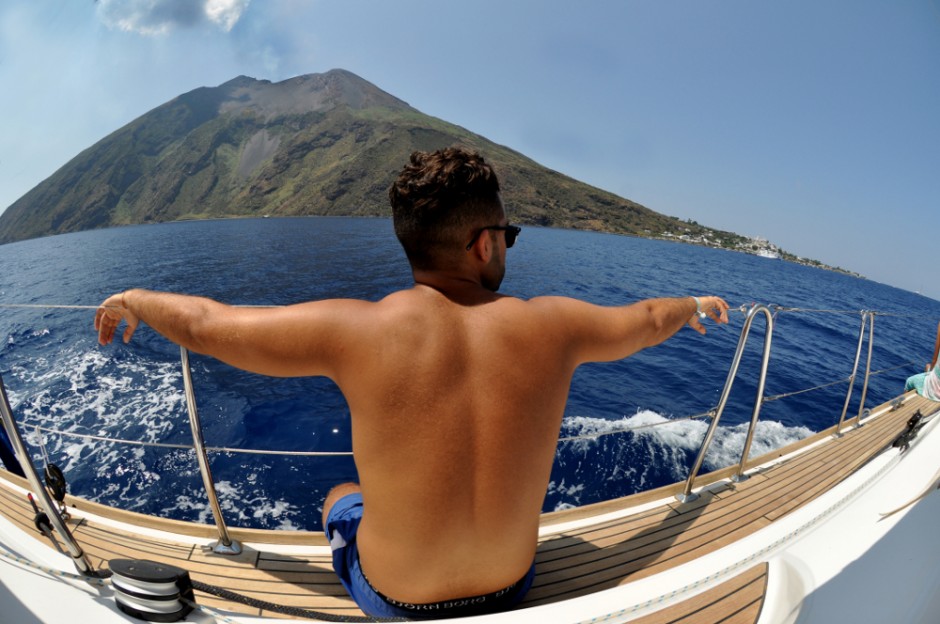 This year the TYW Italy route starts from Portorosa, in Sicily, and then twists through the Aeolian Islands of Salina, Lipari, Stromboli, and Panarea. On the first day of sailing, we left Portorosa early. From the beginning, each yacht was free to traverse whatever route they wanted to the chosen destination. As if to illustrate this point, some of the crews stopped on the island of Vulcano to take a mud bath. 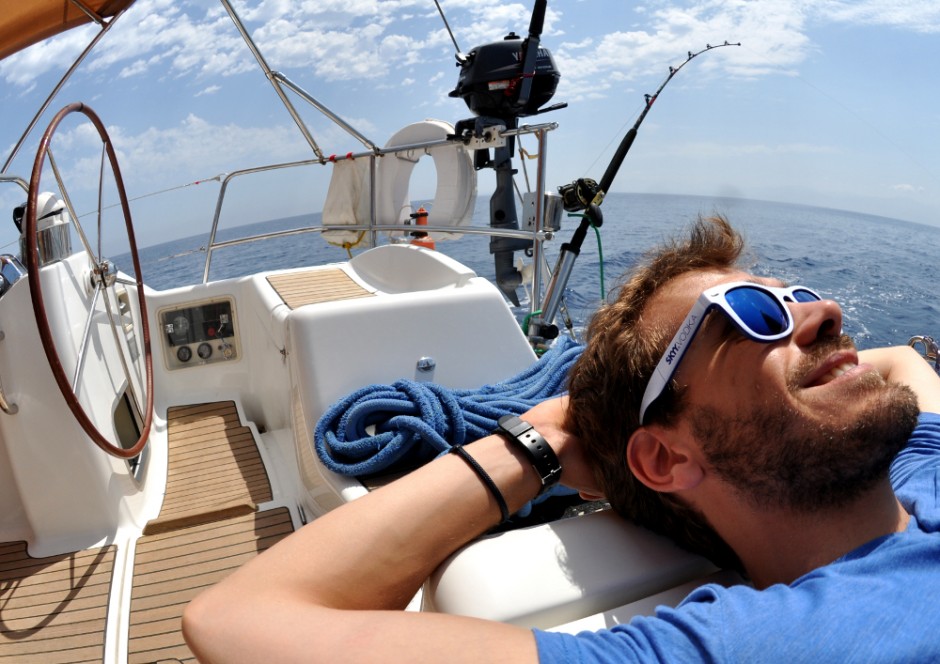 One Yacht-Weeker lounges on the deck of our vessel, wearing swag from the official TYW drink sponsor, Skyy Vodka. 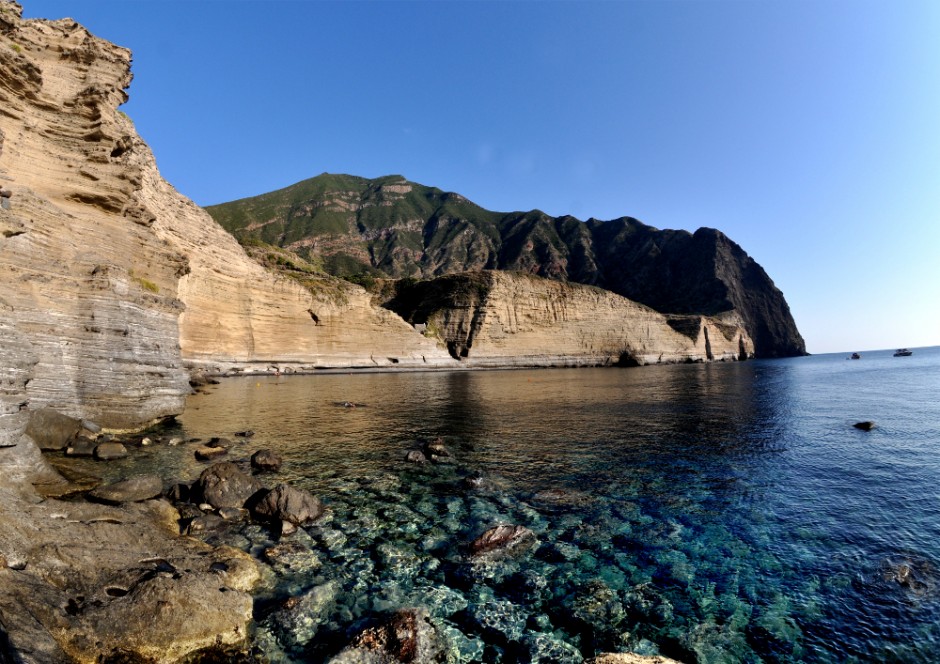 The island of Salina is known for "the beach of the Postman" where, about 20 years ago, an Italian film company shot the movie Il Postino. The beloved lead actor, Massimo Troisi, died just 12 hours after the end of shooting. 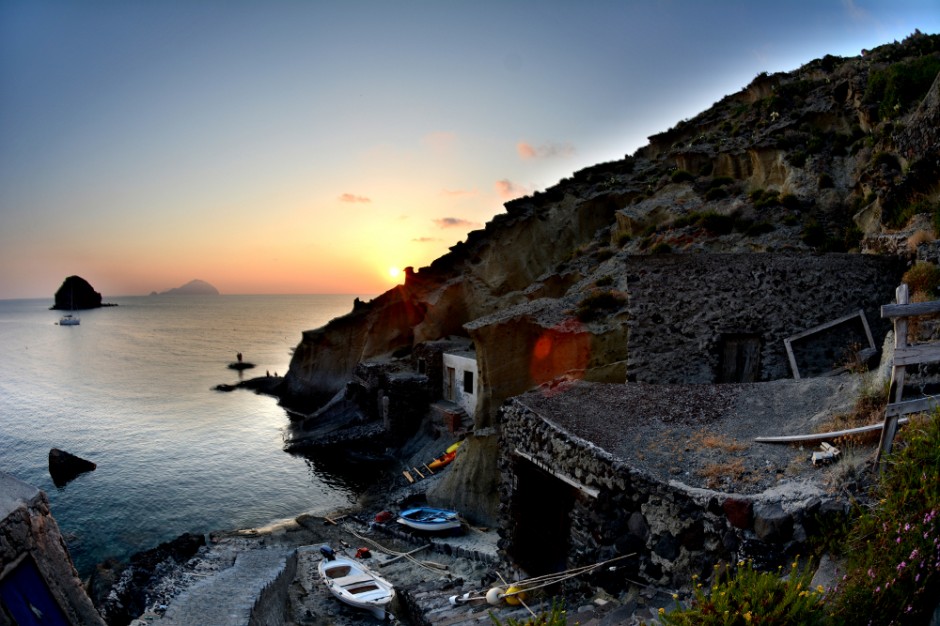 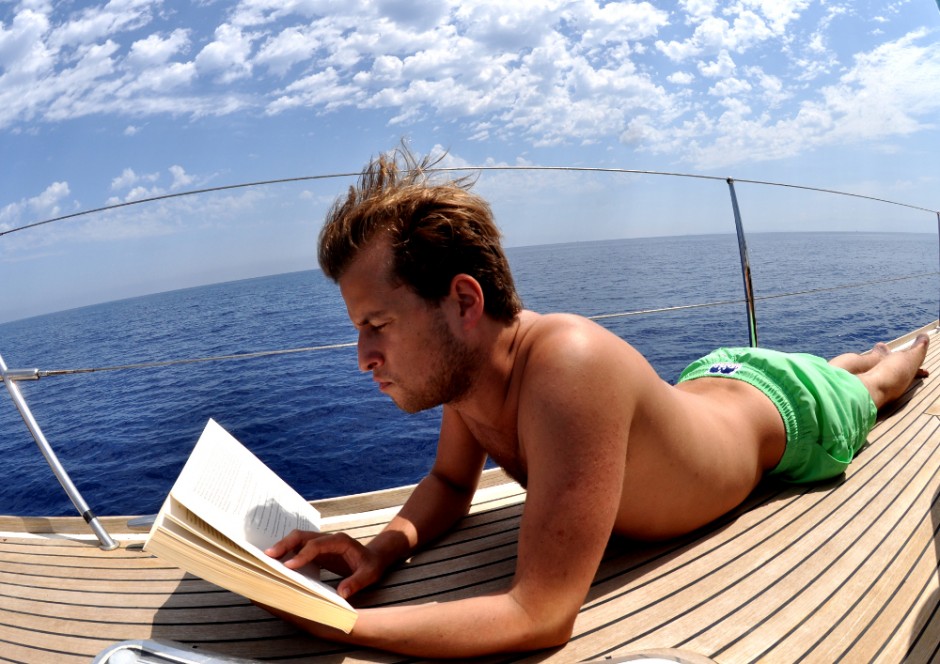 If you think TYW is constant parties and drinking, you're wrong. While I was interviewing the DJ, I looked over and saw someone had isolated himself from the bumping music and was completely immersed in his book. "The slow, steady movement of the hull is very relaxing," he said. 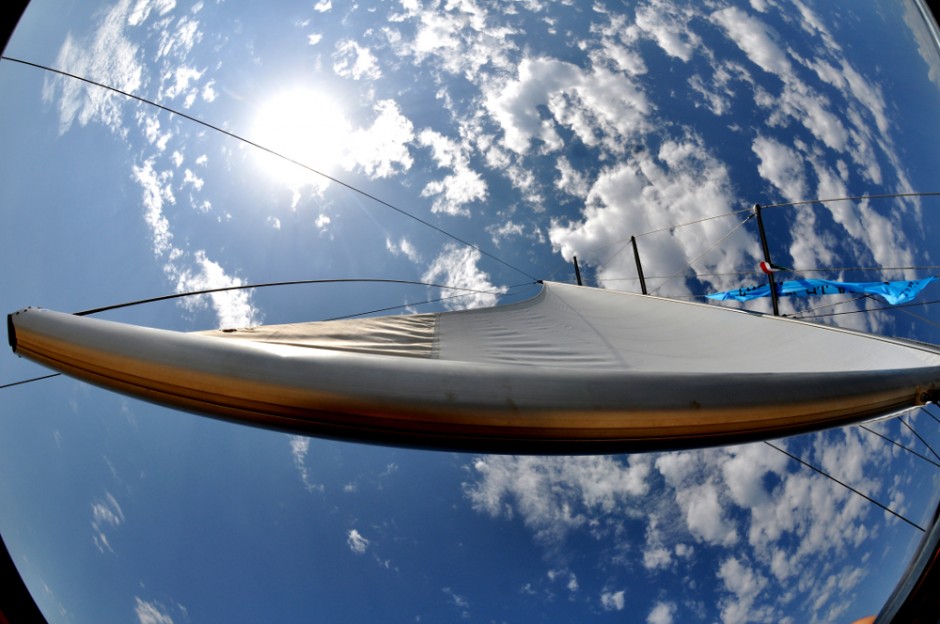 There was precious little wind during our trip. The sun, however, was the guest of honor of TYW. 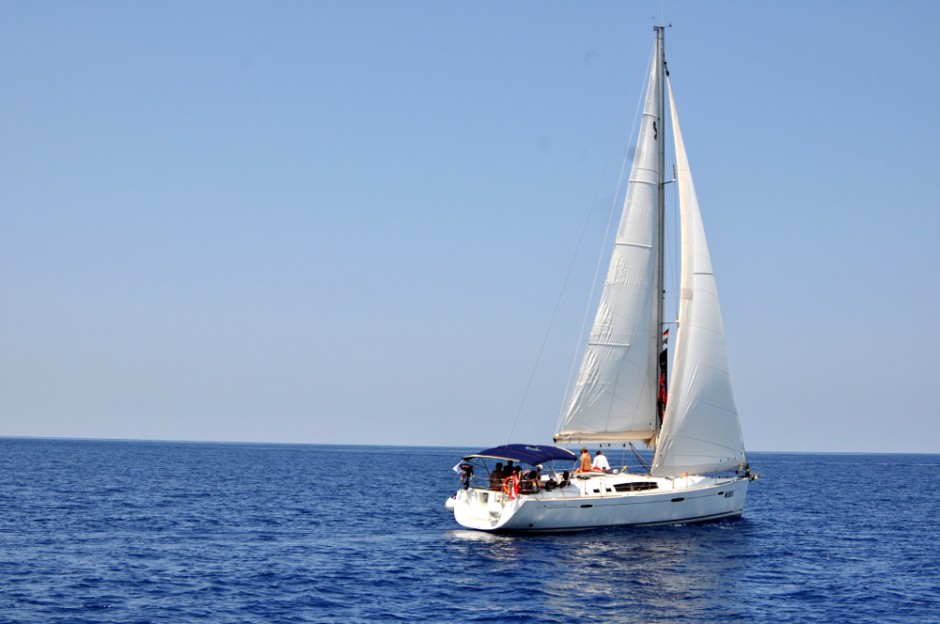 "There is no wind today, Mark!" Said our captain over the radio. Suddenly the slow journey was interrupted by the thunderous sound of a trumpet. Another TYW vessel had approached our port side and our captain's comment over the radio had been taken as a friendly challenge. They were ready to compete until the last breath of wind. 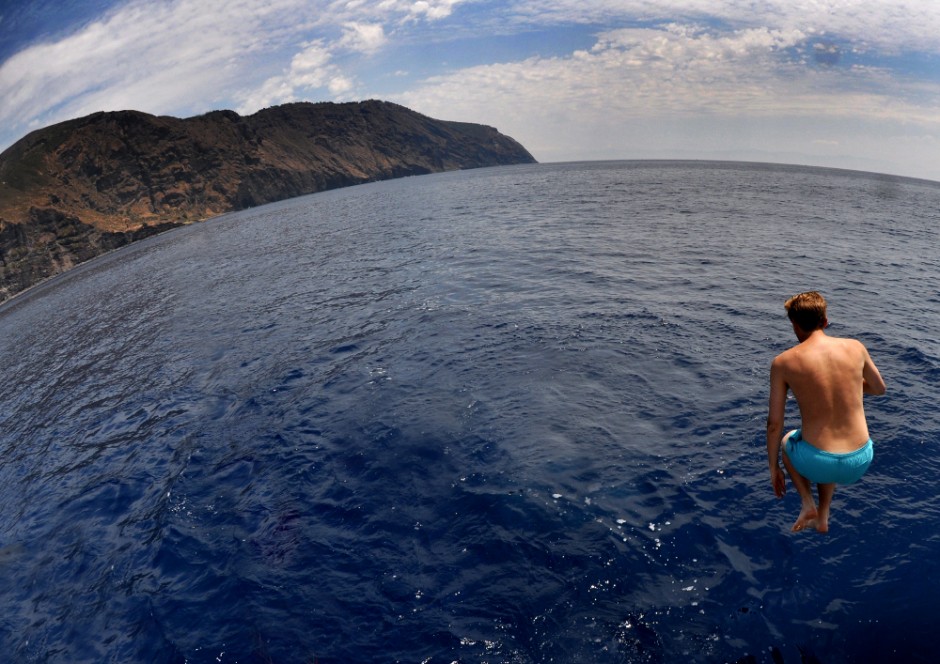 I was writing my daily notes when I noticed the boat had stopped and the engine was not emitting its usual buzz. "Boooom!!" Someone shouted. I rushed out to see a Yacht-Weeker take a running leap from the deck, tucked into a cannonball. I raised my camera and snapped the picture immediately. The beauty of this event lies in the freedom of being able to stop and enjoy the sea. The average water temperature during the day was 22 degrees Celsius. 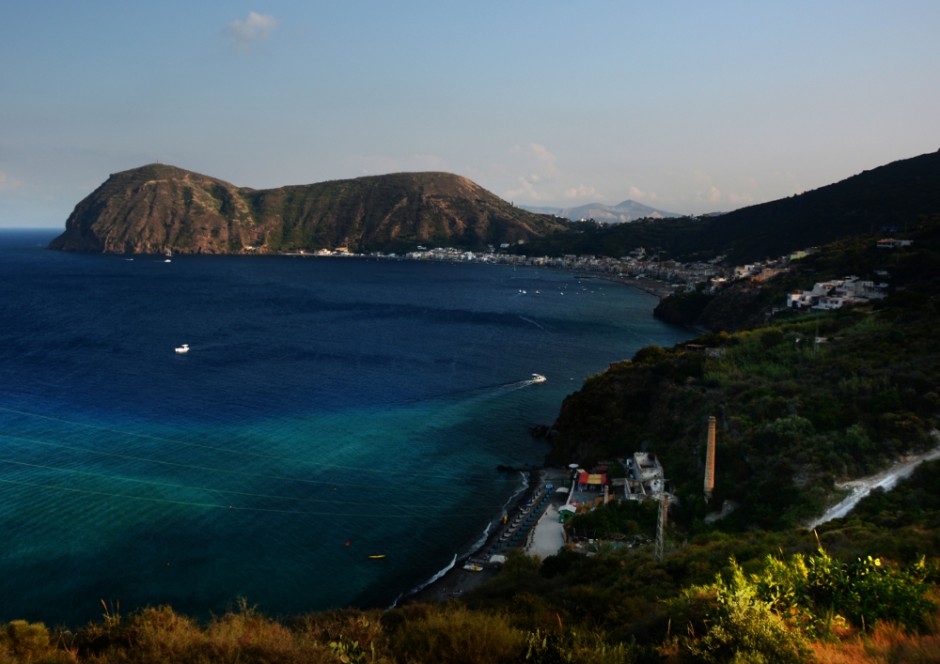 Lipari has a Greek Acropolis, Norman cathedral, and castle and is surrounded by walls built by the Spaniards. I was walking towards the center of the island (not far from our mooring point) when I met an older man who asked me if I wanted to rent his scooter to explore the island. Five minutes later I had a couple fewer Euros in my pocket and a helmet on my head. Twisting and turning up Lipari's roads, I rode past vegetation scorched by the sun and noticed the shifting colors of the sea. I stopped. On the side of the road, at the top of the island, the coast of Lipari was spread before my eyes.

Until the '70s, the flow of tourists to the island -- tourism being the main economic driver on Stromboli -- was mainly vacationers looking for a particular environment: natural and intact and not without discomfort (lack of electricity, scarcity of drinking water, etc). Stromboli's narrow streets are passable only by 3-wheelers with electric motors. Characteristic of the island is the black beach of volcanic origin and the lack of lighting in the streets once the sun sets. 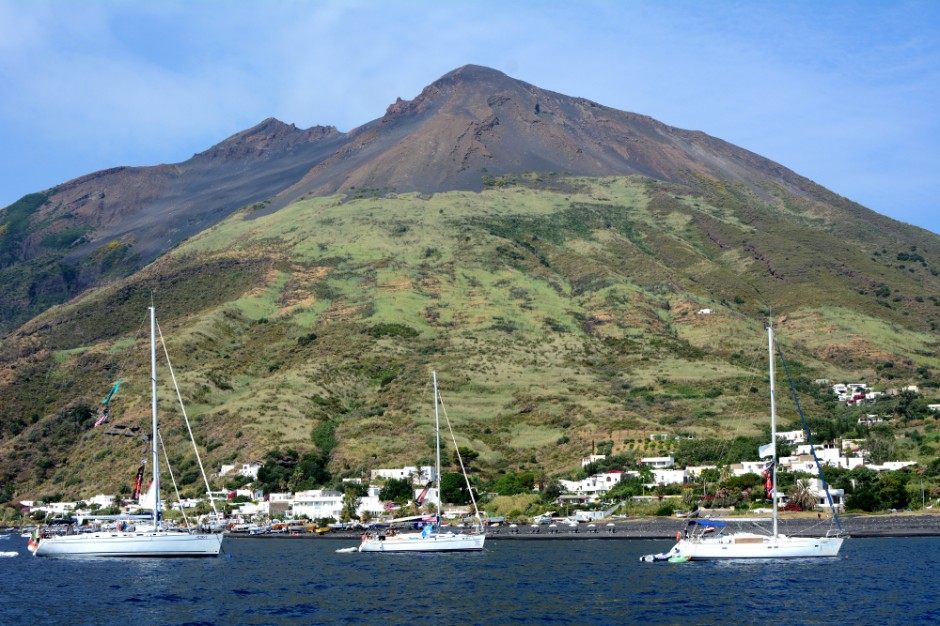 The color of Stromboli is blue. Walking down the island's streets, I was surrounded by a place where every detail recalls the blue sea and blue sky. 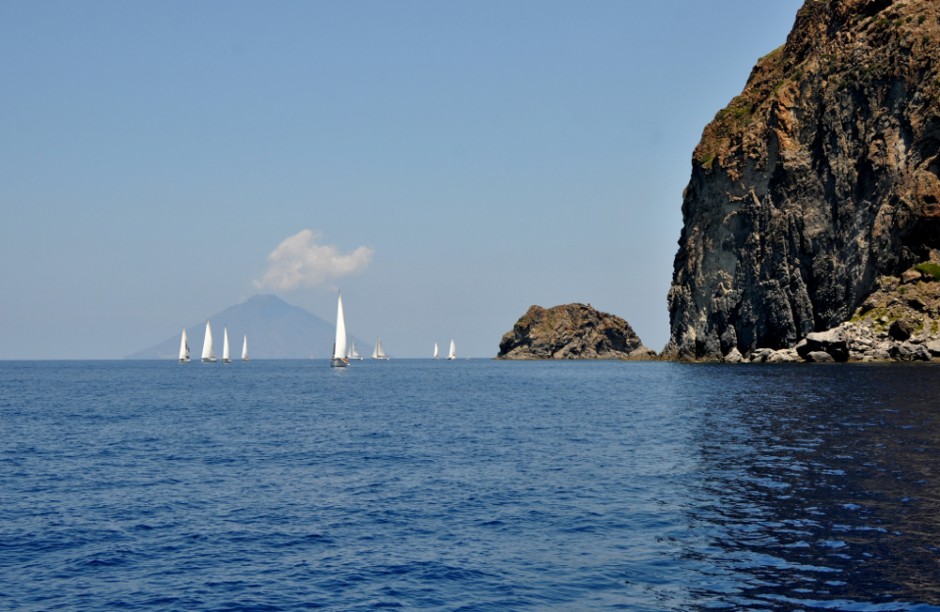 The participants of TYW raced against each other in a regatta that tested the capabilities of the skippers to exploit the wind. The smoldering volcano of Stromboli is visible in the background. 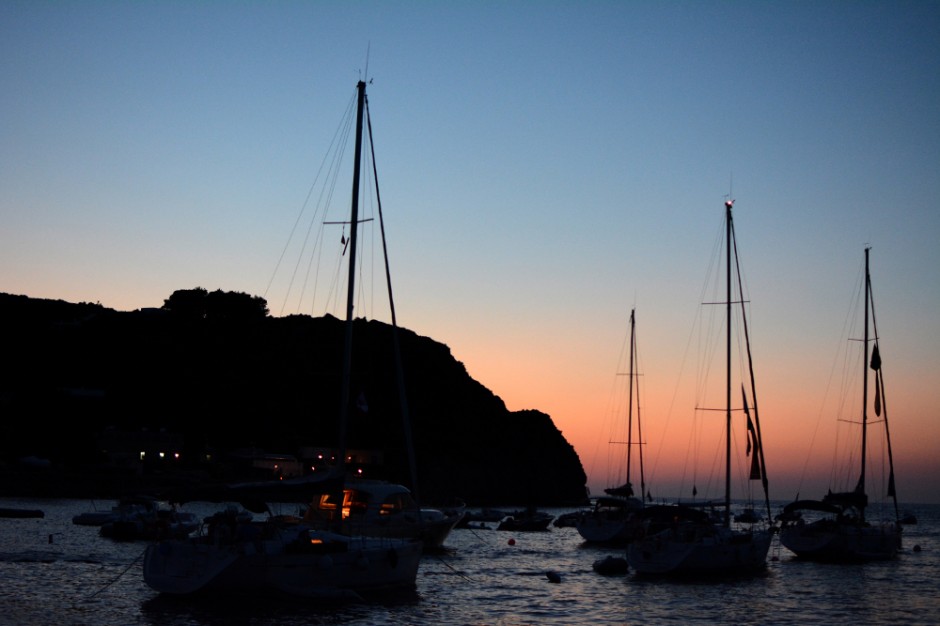 As the sun sets on Panarea, and as TYW participants start their all-night clubbing, light spills from one of the moored yachts. 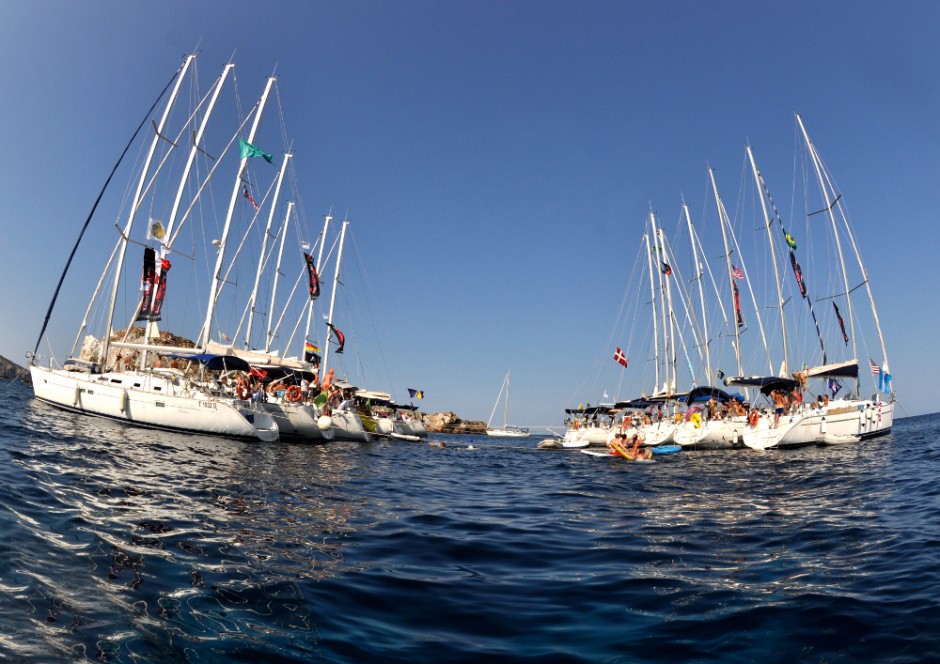 The spontaneity of TYW organizers amazed me. In less than 20 minutes, two TYW fellows with a small motorboat were able to organize a floating theater of fun. Two lines of yachts formed, and in between drinks we dove into the water and mingled, discussing the adventures of the previous days. The waters near Panarea are warm -- but stay well away from the jellyfish! 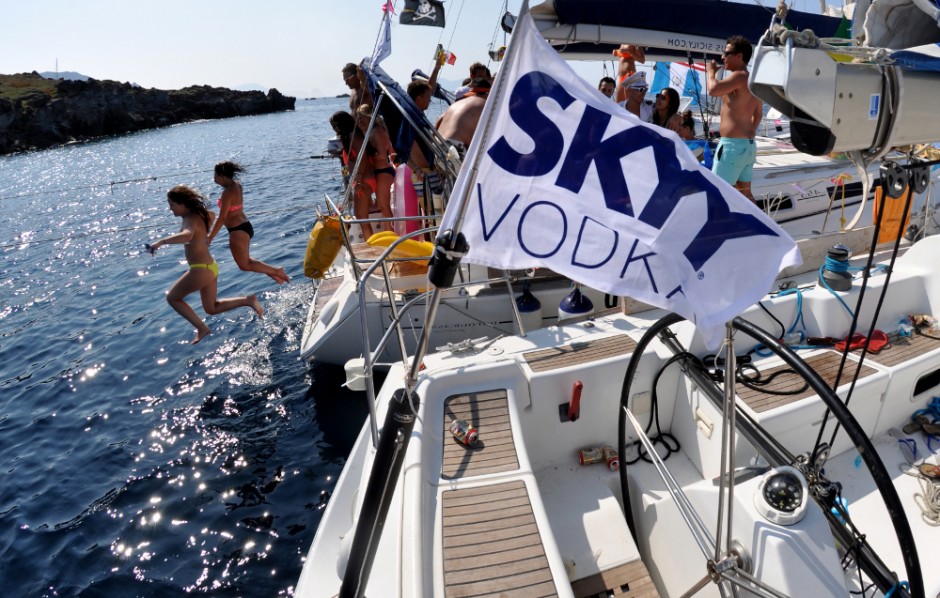 To jump or not to jump?

Despite the abundance of jellyfish who wanted to join the party, there were diving competitions. By 'competition' I don't mean the serious sort. These winners were chosen by who caused the biggest splash and incited the most laughter. 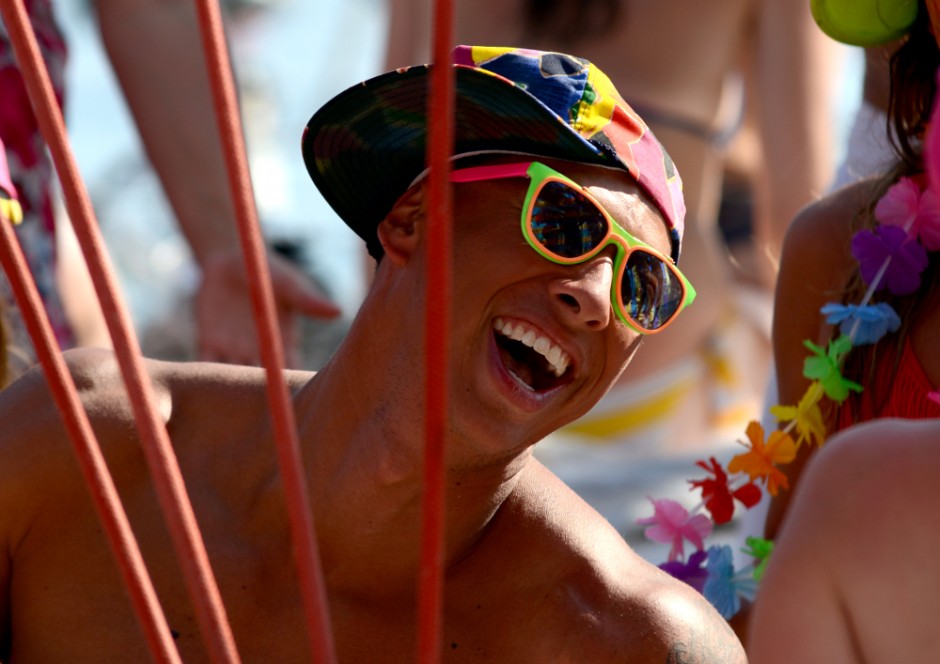 Lying on the aft deck of your boat, you wake up with the late morning sun while music gently thumps in background. Before you know it, you're attending a floating party where people dive into the sea fully clothed. Just another day with The Yacht Week. 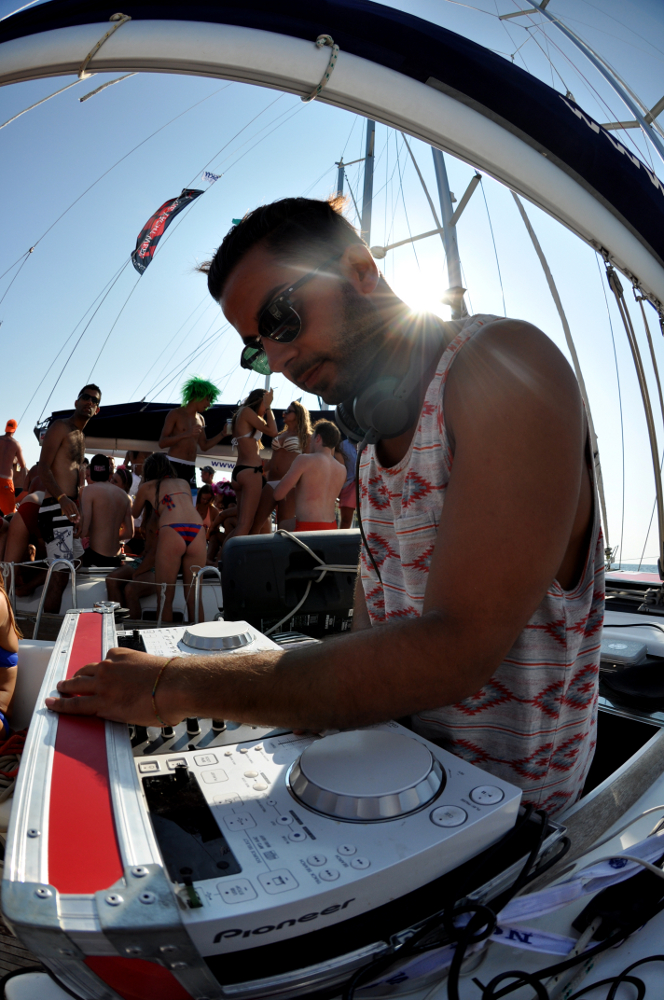 During the entire week, music and cocktails accompanied us. I'd wondered what a yacht-party would be like. The best description is "absolutely incredible." Immersed in the rhythms of the "just-right-music," you don't realize how quickly time passes. The sun, the sea, and the flavor of sunscreen mingle together as song after song flies by. It's already time for another sunset. 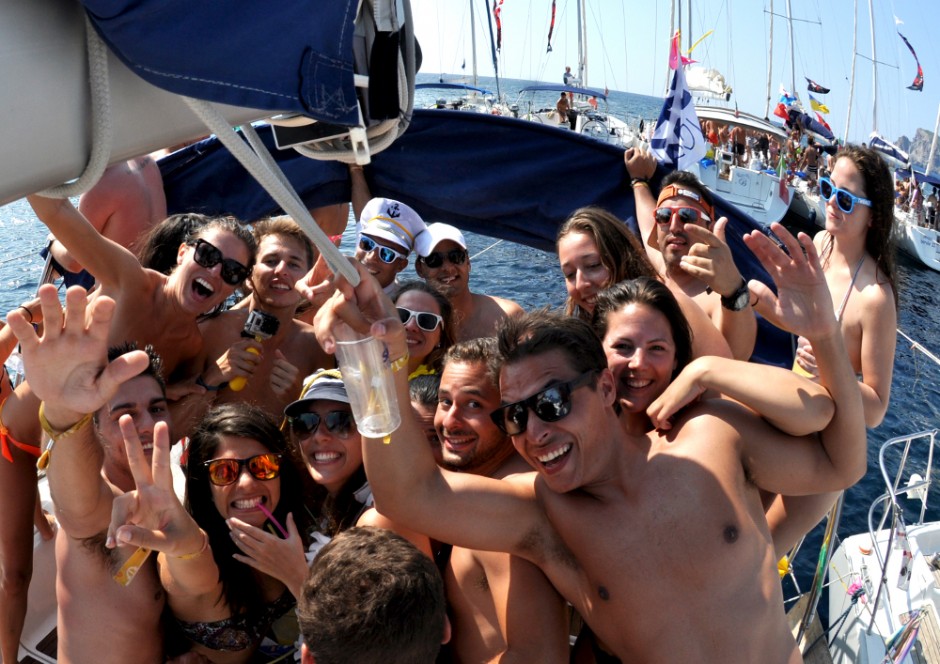 The beauty of participating in an event like TYW is getting to know new people. There were crews of Russians, Brazilians, Americans, Croatians, and Swedes, but together we all blended into one big party crew.