IN our highly connected and communicative world, we have more ways than ever to express ourselves, to tell others how we feel, and to explain the importance or insignificance of our days. The speed and frequency of our exchanges leave just enough room for misunderstandings, though, and now perhaps more than ever before, what we actually mean to say gets lost in translation. The ability to communicate more frequently and faster hasn’t eliminated the potential for leaving gaps between meaning and interpretation, and emotions and intentions are misread all too often.

The words in this article may be answers to questions you didn’t even know to ask, and perhaps some you did. They might pinpoint emotions and experiences that seemed elusive and indescribable, or they may cause you to remember a person you’d long forgotten. If you take something away, other than some brilliant conversation starters, let it be the realization (or affirmation) that you are human, that you are fundamentally, intrinsically bound to every single person on the planet with language and with feelings.

Reprinted from LOST IN TRANSLATION: AN ILLUSTRATED COMPENDIUM OF UNTRANSLATABLE WORDS FROM AROUND THE WORLD Copyright © 2014 by Ella Frances Sanders. Published by Ten Speed Press, an imprint of Penguin Random House LLC. 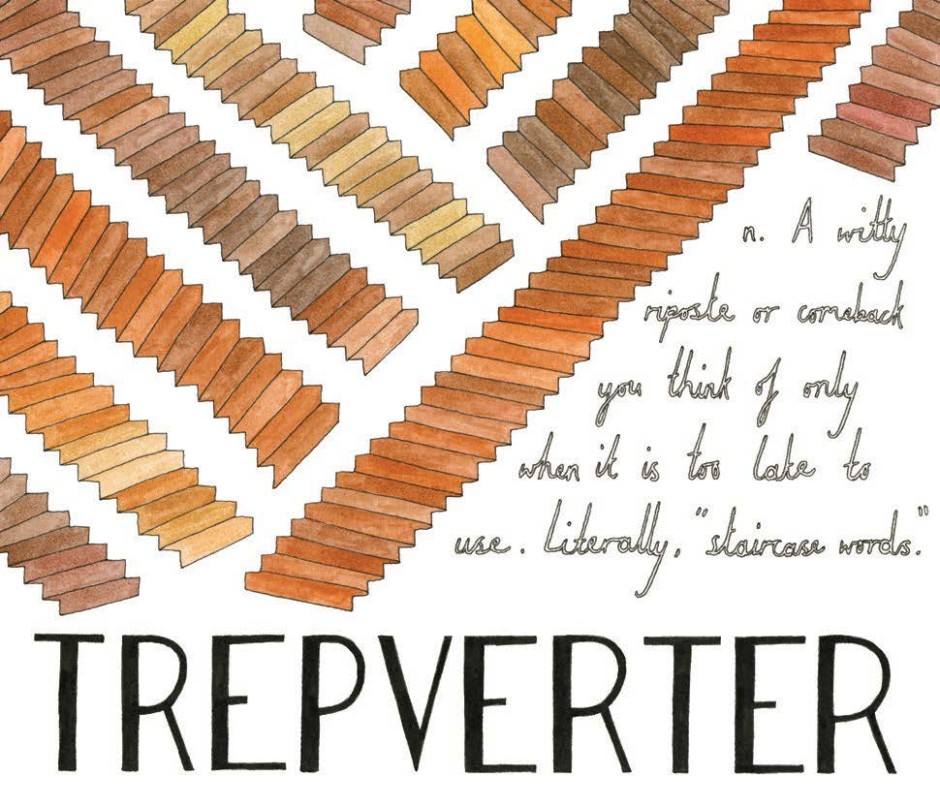 A witty riposte or comeback you think of only when it is too late to use. Literally, "staircase words." 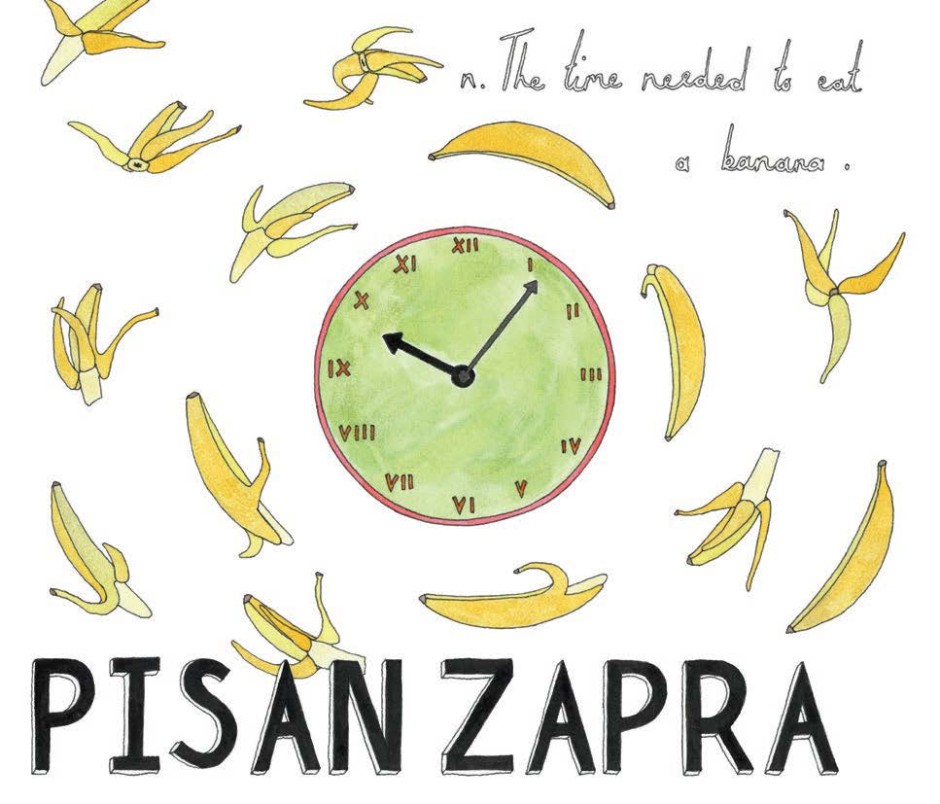 The time needed to eat a banana. 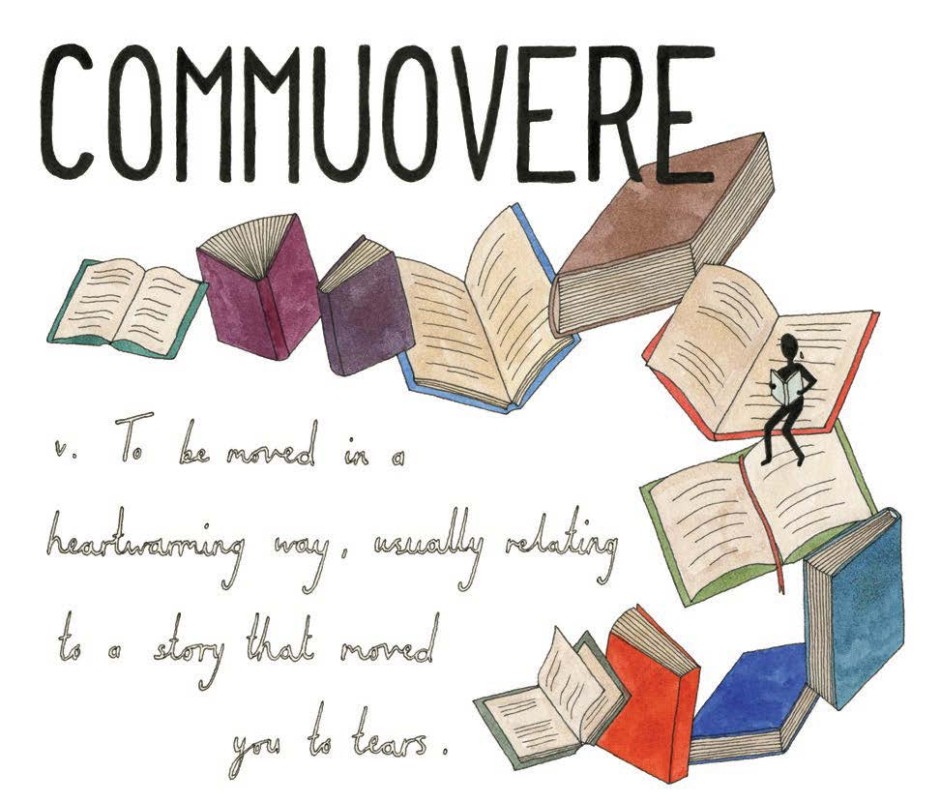 To be moved in a heartwarming way, usually relating to a story that moved you to tears. 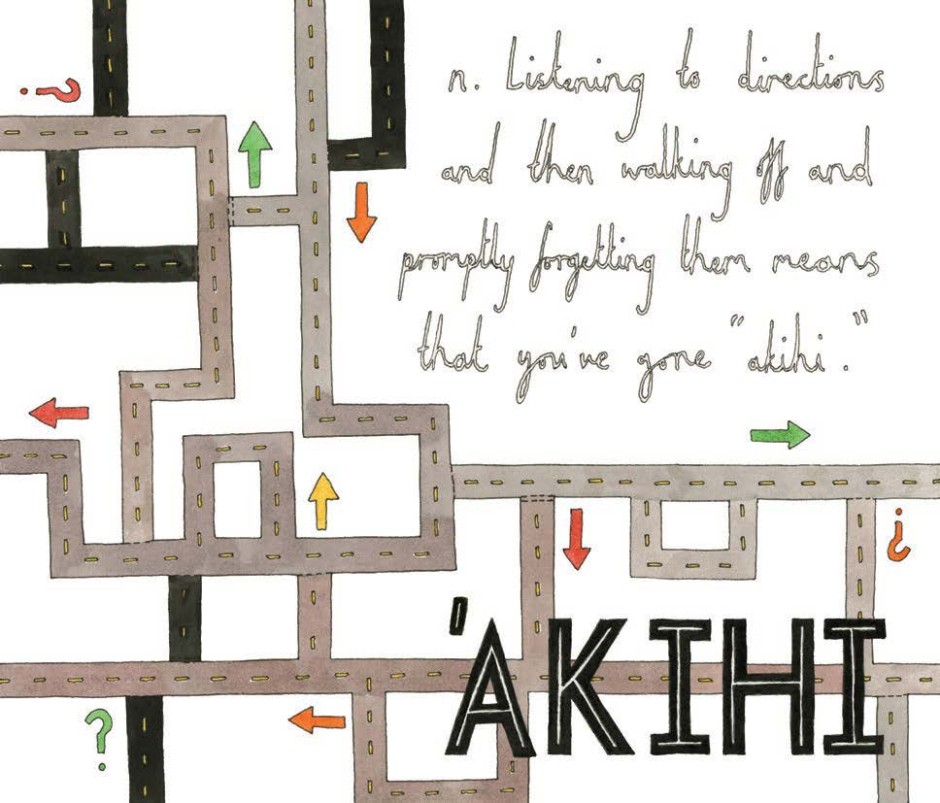 When you listen to directions, walk off and promptly forget them, you have gone "'akihi." 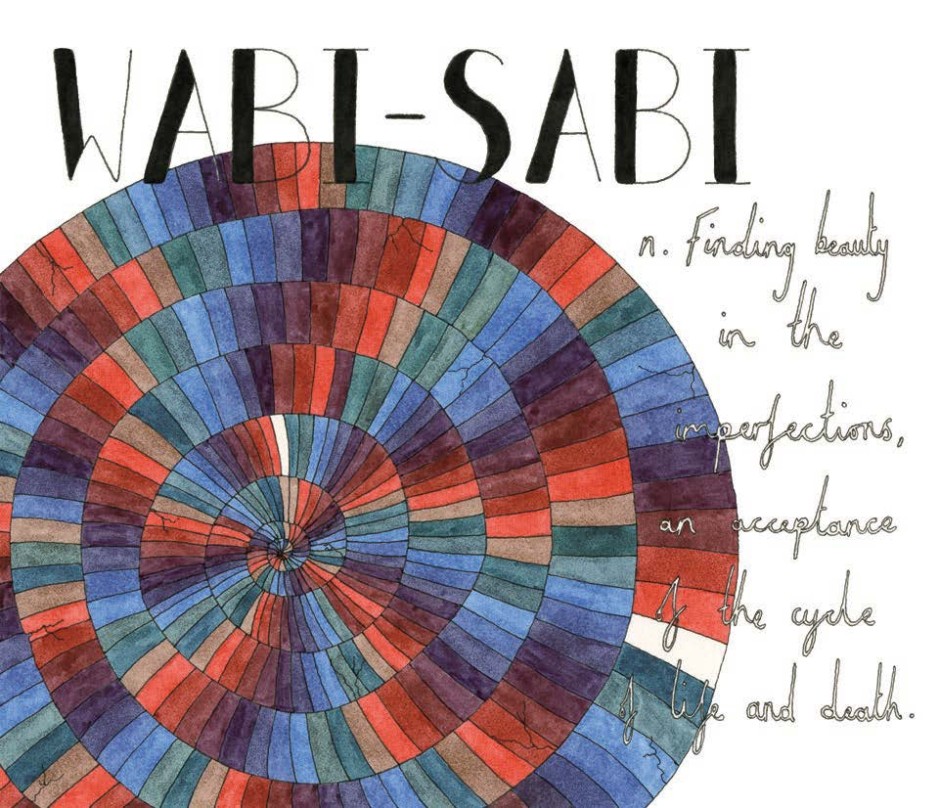 Finding beauty in the imperfections, an acceptance of the cycle life and death. 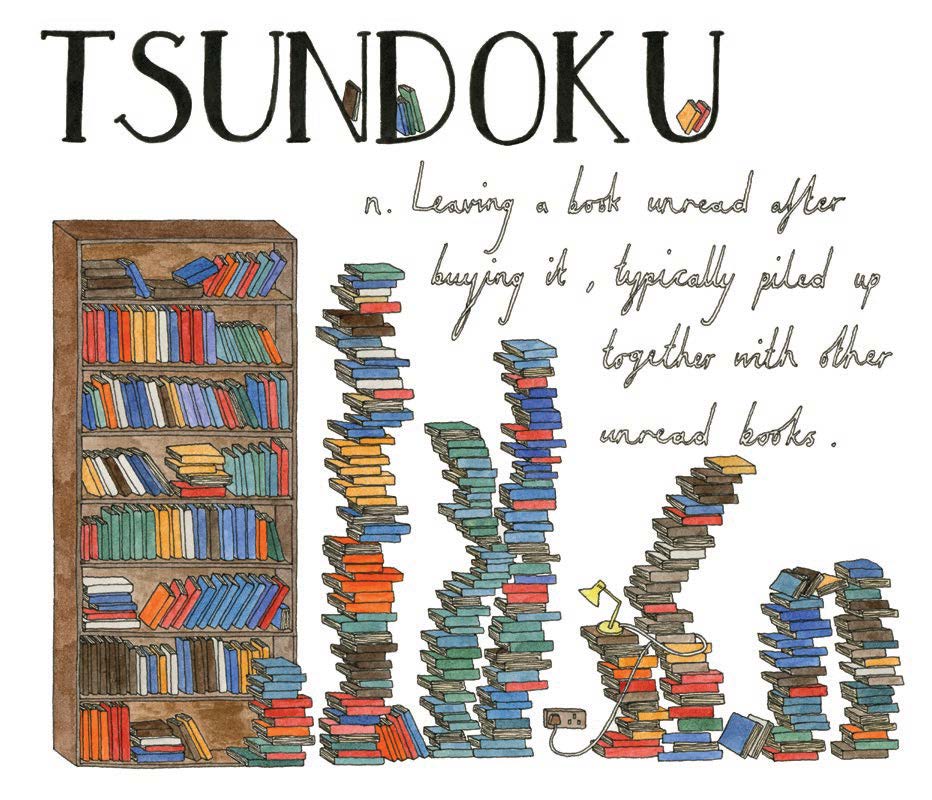 Leaving a book unread after buying it, typically piled up together with other unread books. 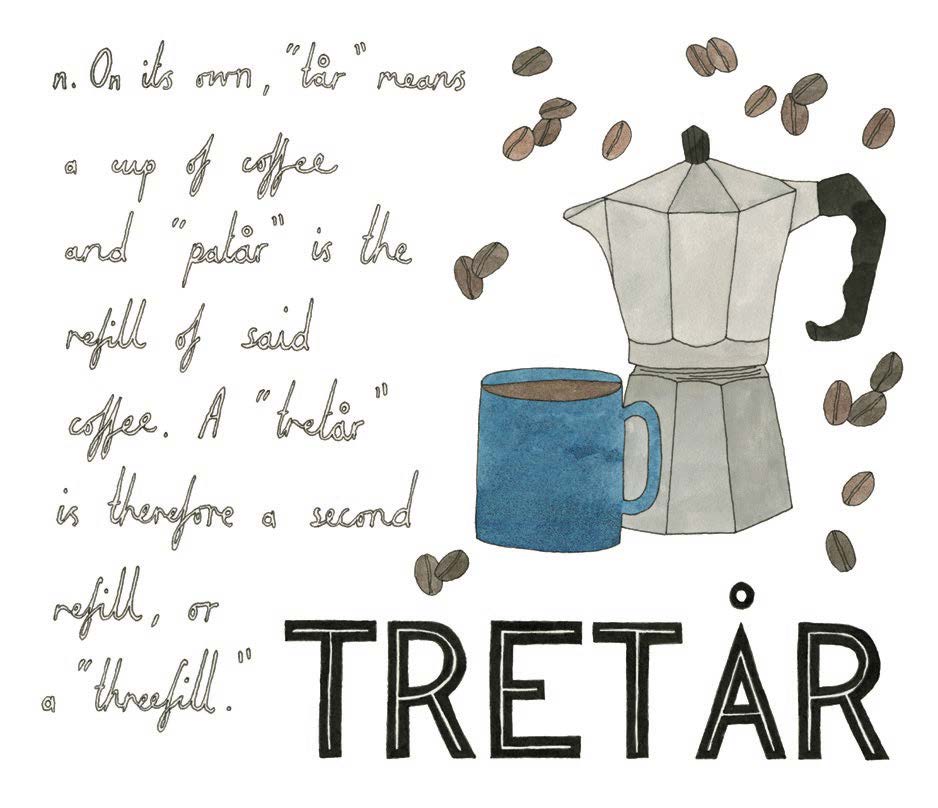 On its own, "tår" means a cup of coffee and "patår" is the refill of said coffee. A "tretår" is therefore a second refill or a "threefill." 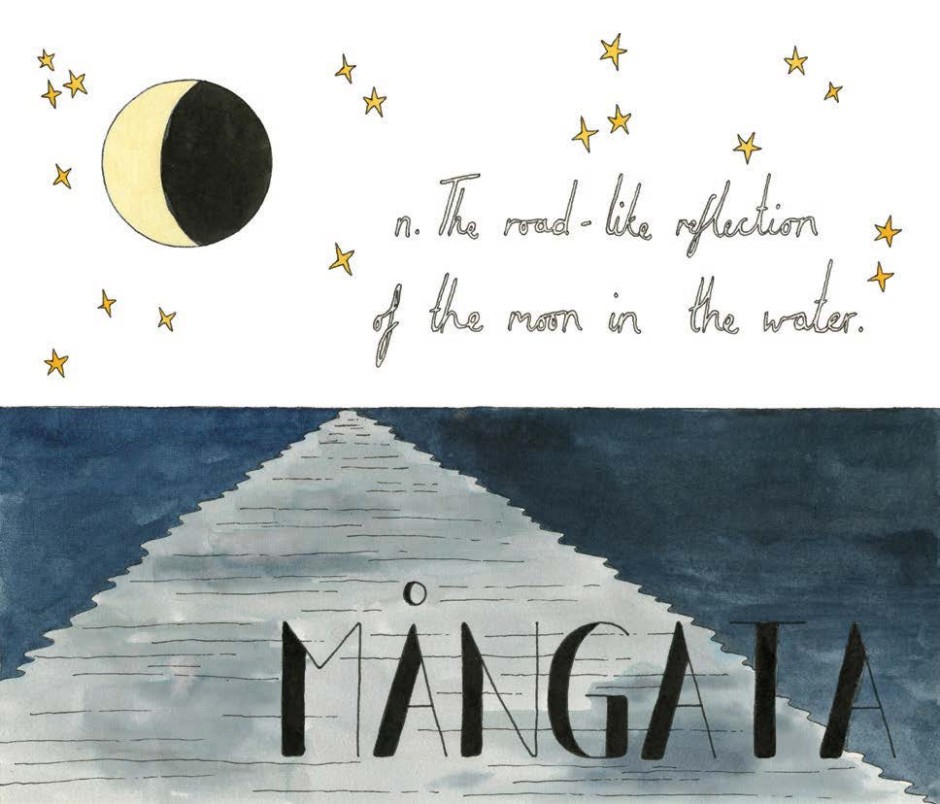 The road-like reflection of the moon in the water. 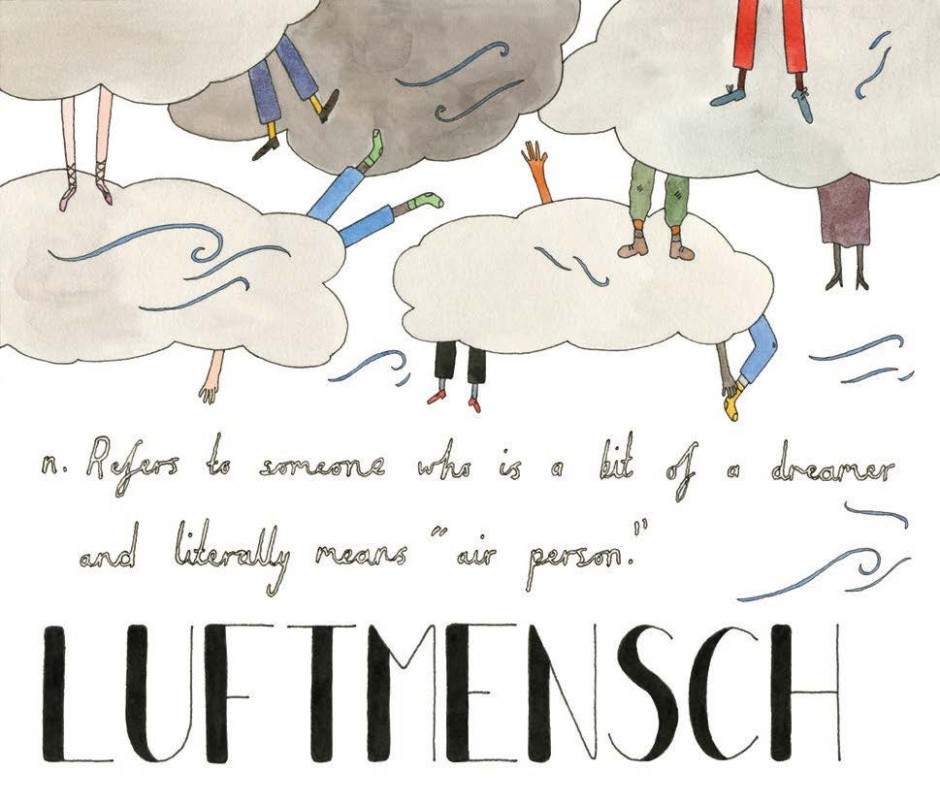 Refers to someone who is a bit of a dreamer. It literally means "air person." 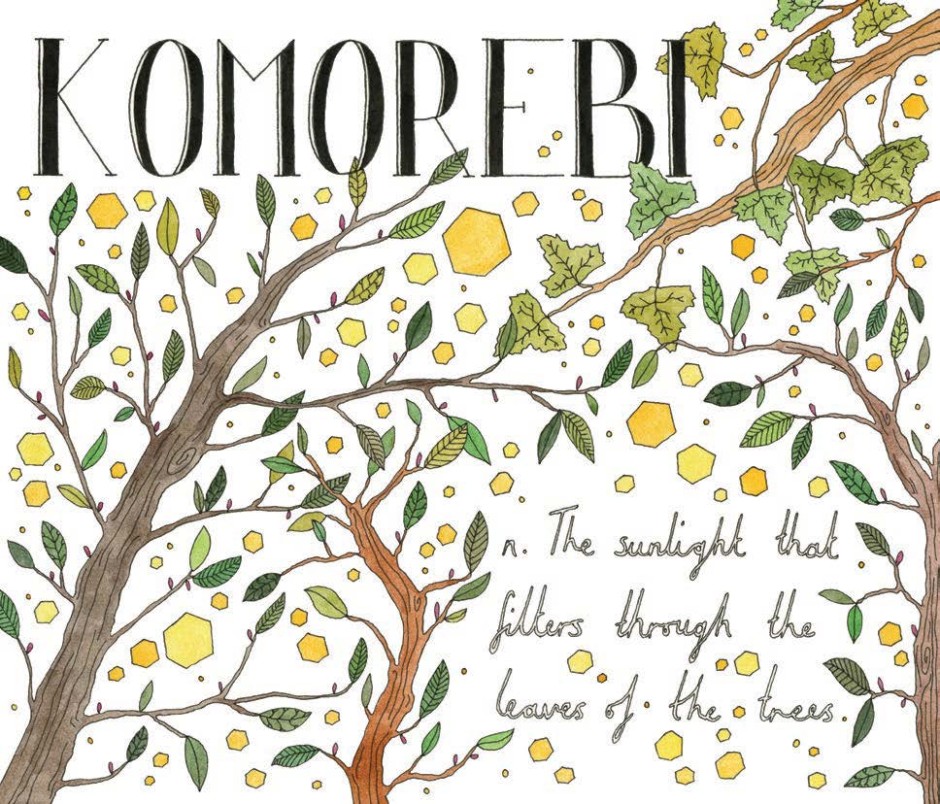 The sunlight that filters through the leaves of the trees. 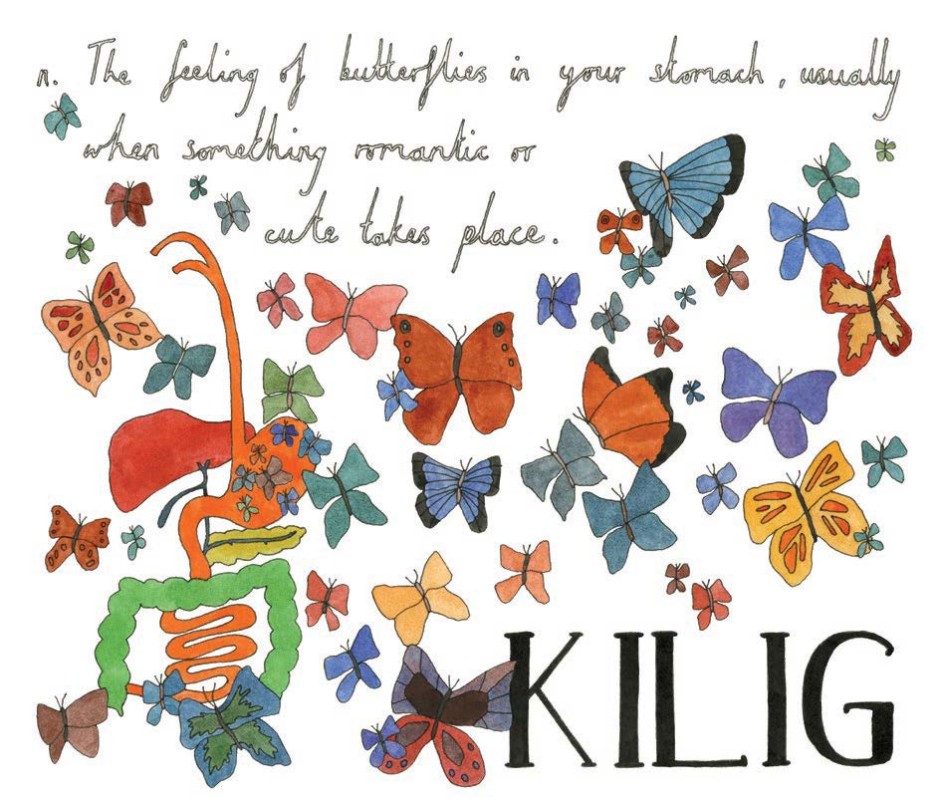 The feeling of butterflies in your stomach, usually when something romantic or cute takes place. 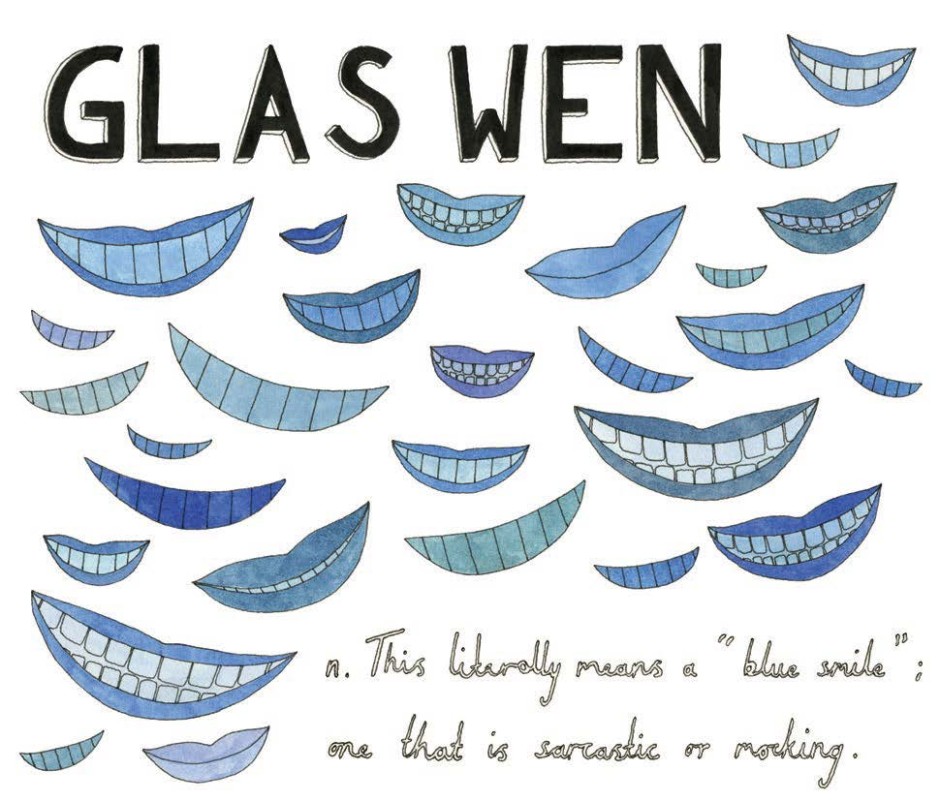 This literally means a "blue smile" — one that is sarcastic or mocking.