1. Our city is legendary.

If our city walls could talk, they’d recite hundreds of legends involving mythological gods, prophecies fulfilled, and tales of love lost and betrayal that make our city so enchanting. The Bosphorus itself — the strait between Asia and Europe — was born of the myth of the beautiful mortal Io. She was turned into a cow by Zeus to hide their tryst from his vengeful wife, Hera. Not to be fooled, Hera stung Io with a horsefly, sending Io crashing away, leaving behind the legendary strait — otherwise known as the “passage of the cow.”

2. Three empires fought to claim her as their capital.

We’re not the first to be smitten with the city’s commanding views. The Roman, Byzantine, and Ottoman empires all fought to claim the city’s real estate as their capital to dominate trade between the Mediterranean and Black Seas.

3. Ancient and contemporary, our architecture is magnificent. 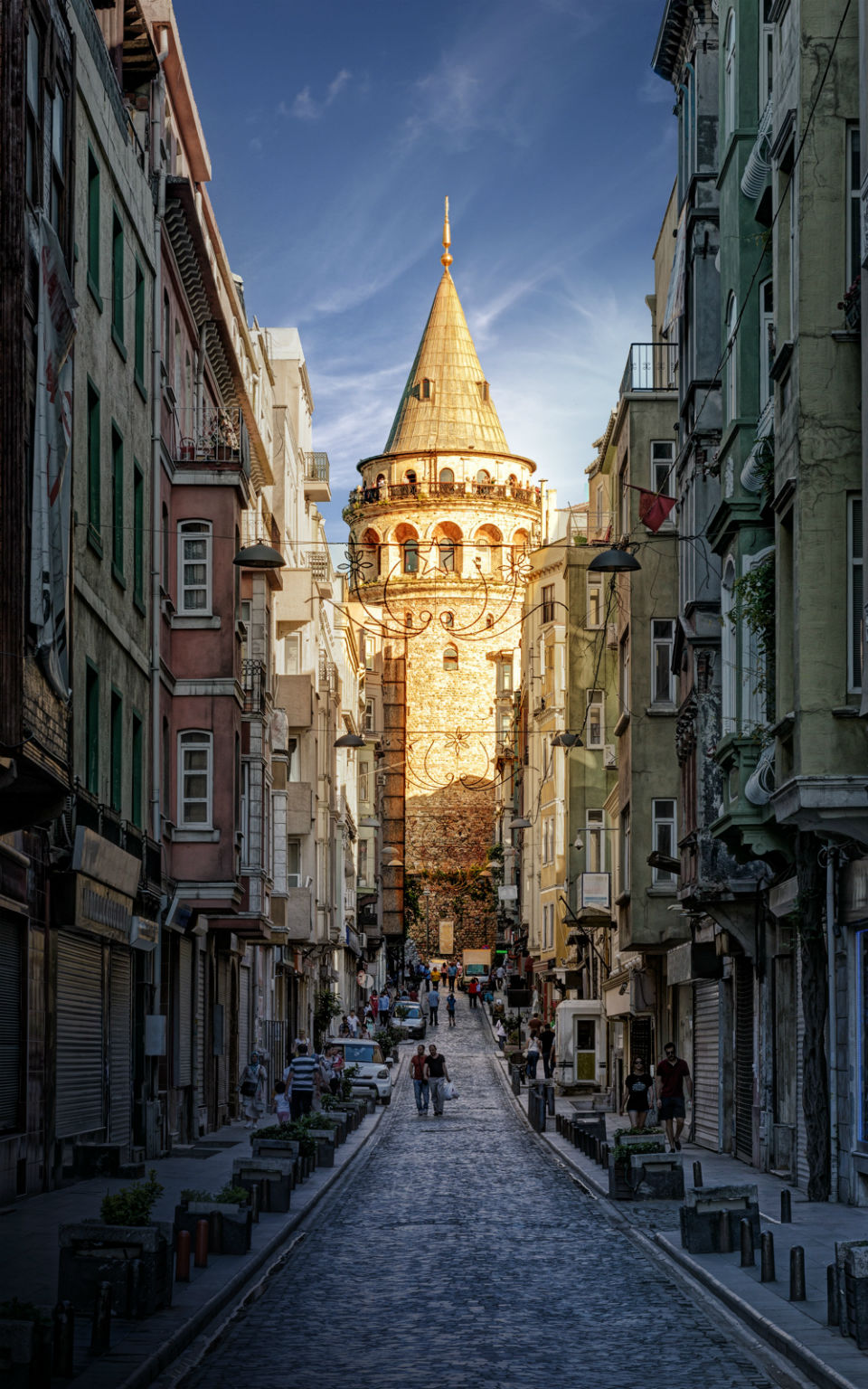 4. We’ve got World Heritage Sites above and below ground.

Over 650 hectares of our old city is

5. Our monuments are made by the finest artisans.

Late Byzantine restorations by the wealthy Theodore Metochites bejewel Chora Church with gilded mosaics and heavenly frescoes; Seyyid Kasim Gubari, considered the greatest calligrapher of his time, brushed the 17th-century Blue Mosque with golden verses of the Quran; artisans handcrafted 20,000 blue Iznik tiles to give the Blue Mosque its colour and name.

6. We have Ottoman palaces in which to rest and revive. 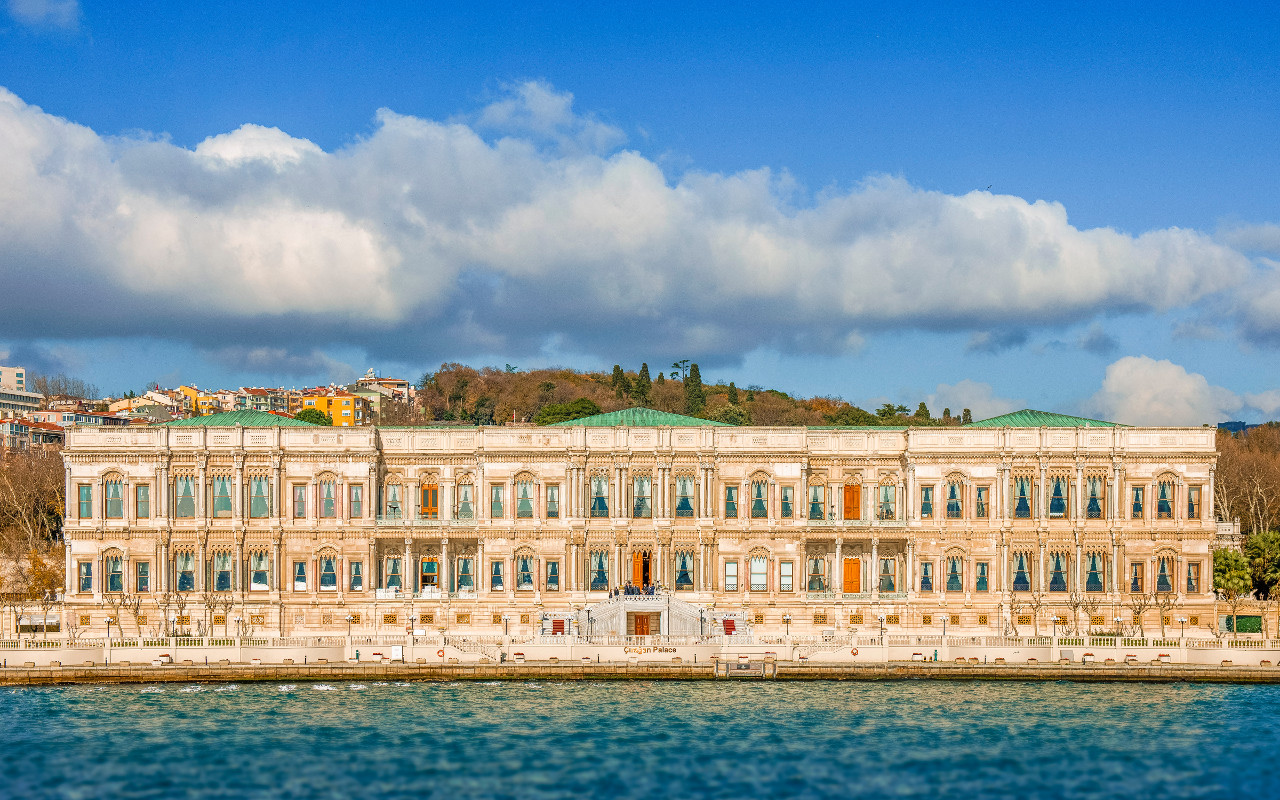 The days of sultans may have passed, but we can still live a life of opulence in their Bosphorus-side palaces.

7. We can play in the snow in winter…

The seven hills of Istanbul transform into a winter wonderland when the temperatures drop towards zero from December. Snowball fights in Sultanahmet Park, surrounded by the Hagia Sofia and Blue Mosque dusted in snow, is a favorite way to spend a winter’s day in the city.

As the humidity rises in June, we head for the beaches of Princes’ Islands, party at Suma Beach by the Black Sea, or laze by the pool at the sophisticated manmade island of Suada. 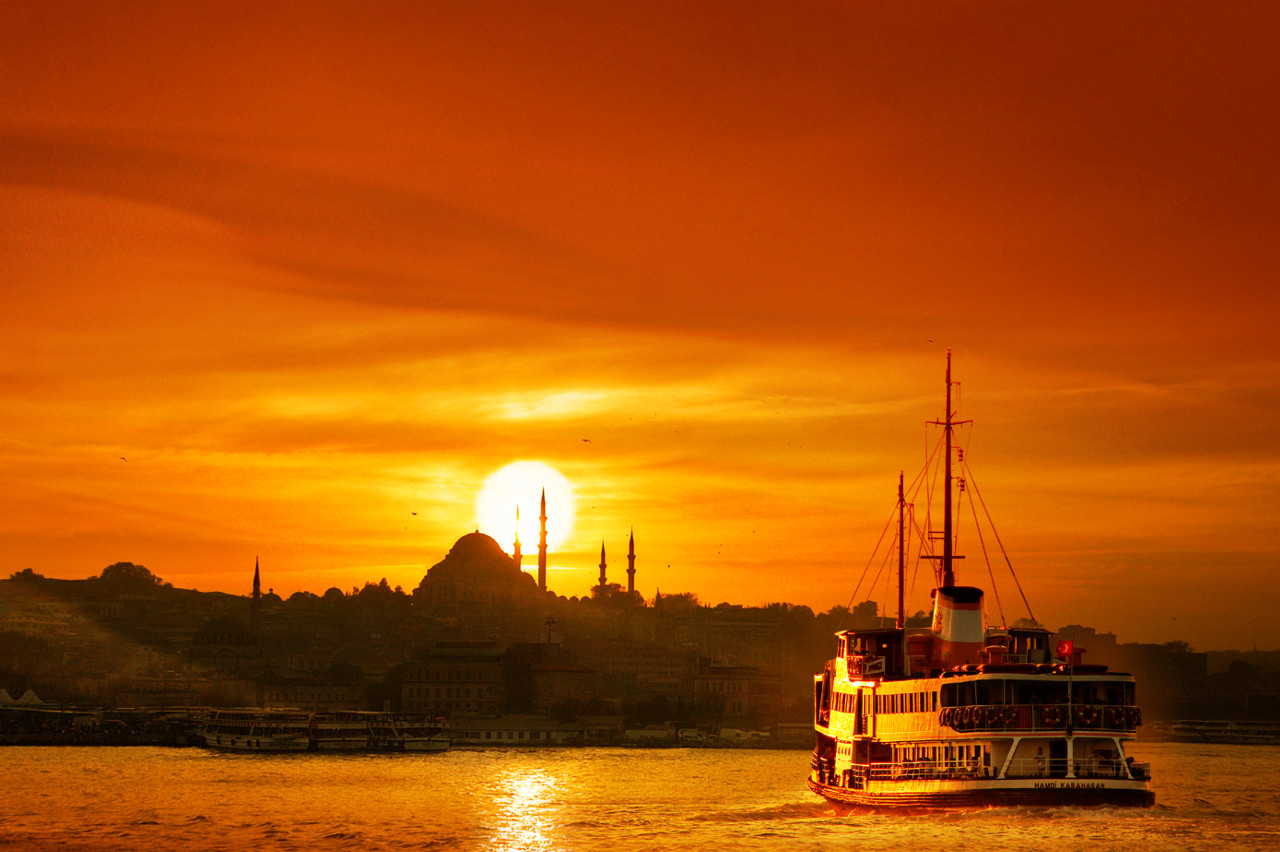 Our sunsets are hard to describe, especially when the call to prayer echoes out across the city. The Galata Tower, along with any number of terrace restaurants and bars scattered around the Old City and Beyoğlu, provide exceptional views of the vanishing sun. To get a picture of that classic Istanbul skyline at sunset, hop on a boat from Karaköy to Kadıköy.

10. Remnants of centuries gone by decorate our modern lives.

We can enjoy the colors and aromas of Sultanahmet’s weekly food market by the ancient Sphendone, or take a cruise across the Bosphorus to celebrate birthdays and weddings at the Maiden’s Tower — a city landmark since the 5th century BC. The remnants of 8,500 years of history touch us as we go about our daily lives.

11. There’s another city under this one.

Speaking of remnants — we can also access the Istanbul of centuries past by heading underground. Organized tours take us directly into the Byzantine past, to the bygone palaces that undergird our mosques, to ancient chapels hidden under the kilim stores of Sultanahmet. The spaces our ancestors used as cisterns are today restaurants and wedding halls. If you want to catch a glimpse of this subterranean shadow city, make sure to check out the

12. Come spring, we color our city with millions of tulips.

The winter greys make way for springtime colors in April when 20 million tulips bloom throughout our city for the annual International Istanbul Tulip Festival. With camera in hand, we head to Emirgan and Gülhane parks to see the best of the displays the city has to offer.

Gaze across two continents from one seat high above the bustling streets at rooftop restaurants across the city. There are plenty to choose from; a few of my favorites are

14. Hollywood is captivated by Istanbul.

Hooray for Hollywood! It’s shown our city’s best side on silver screens around the world. Taken 2, The Water Diviner, several 007 classics, and the soon-to-be-released Inferno are a few of the blockbuster films that have shone a spotlight on the finer features of Istanbul.

15. The Bosphorus-side clubs are incredible places to see and be seen…

With multiple restaurants, extensive Bosphorus views, and parties long into the night,

16. …but we actually prefer casual evenings out.

Our city rarely sleeps, so we often don the jeans and t-shirt and head to the back alleys of İstiklâl Caddesi to take advantage of the fusion of beats on offer. From world music, to R&B and hip hop, to live bands, every taste is accommodated.

17. Our city inspires the work of artists.

Mark Twain, Ernest Hemingway, and Agatha Christie all found their muse in Istanbul. Turkish writer Orhan Pamuk earned a Nobel Prize for his writings about the city. Countless songwriters, poets, designers, and photographers have all uncovered a creative utopia here.

As the only city in the world to straddle two continents, public transport means intercontinental travel within our city is that cheap — even cheaper with an Istanbulkart bought from roadside confectionery kiosks.

20. We’re masters of the Turkish art of keyif.

Keyif, the art of idle relaxation, is welcomed in every cafe, home, and business here. We love nothing more than to take a seat with friends and strangers and dine, drink, and chat for hours.

21. Afternoons with Turkish coffee give us a glimpse into our future. 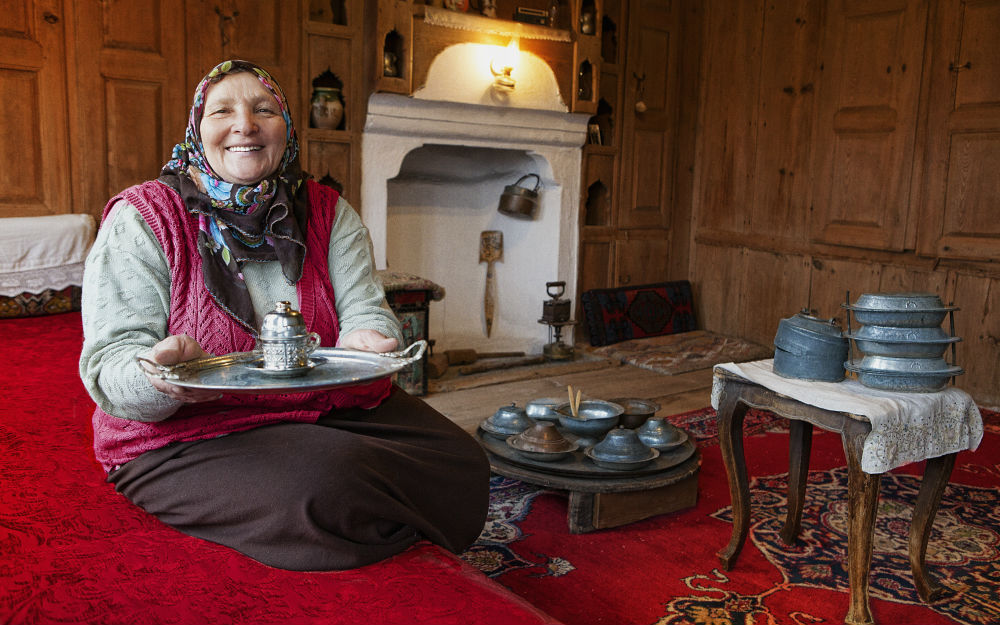 We say drinking Turkish coffee with friends is worth 40 years of friendship, but the dark grinds within the coffee cup can show how loyal those friendships will remain. Inquisitive souls can head to the kahve falı (coffee reading) cafés in Kadıköy and off Istiklal Street to slowly sip a demitasse of Turkish coffee before having their fortune read to see what fate awaits them.

We believe that guests are a gift from God, so we always make sure our guests experience our culture, taste our best cuisine, and see our favorite places around the city.

23. Turkish breakfasts are the best meal of the day.

Ripe tomatoes, crispy cucumbers, olives, eggs, jams, and freshly baked bread spill out across our breakfast table alongside never-ending glasses of çay most days of the week.

24. The cuisine is as diverse as our country. 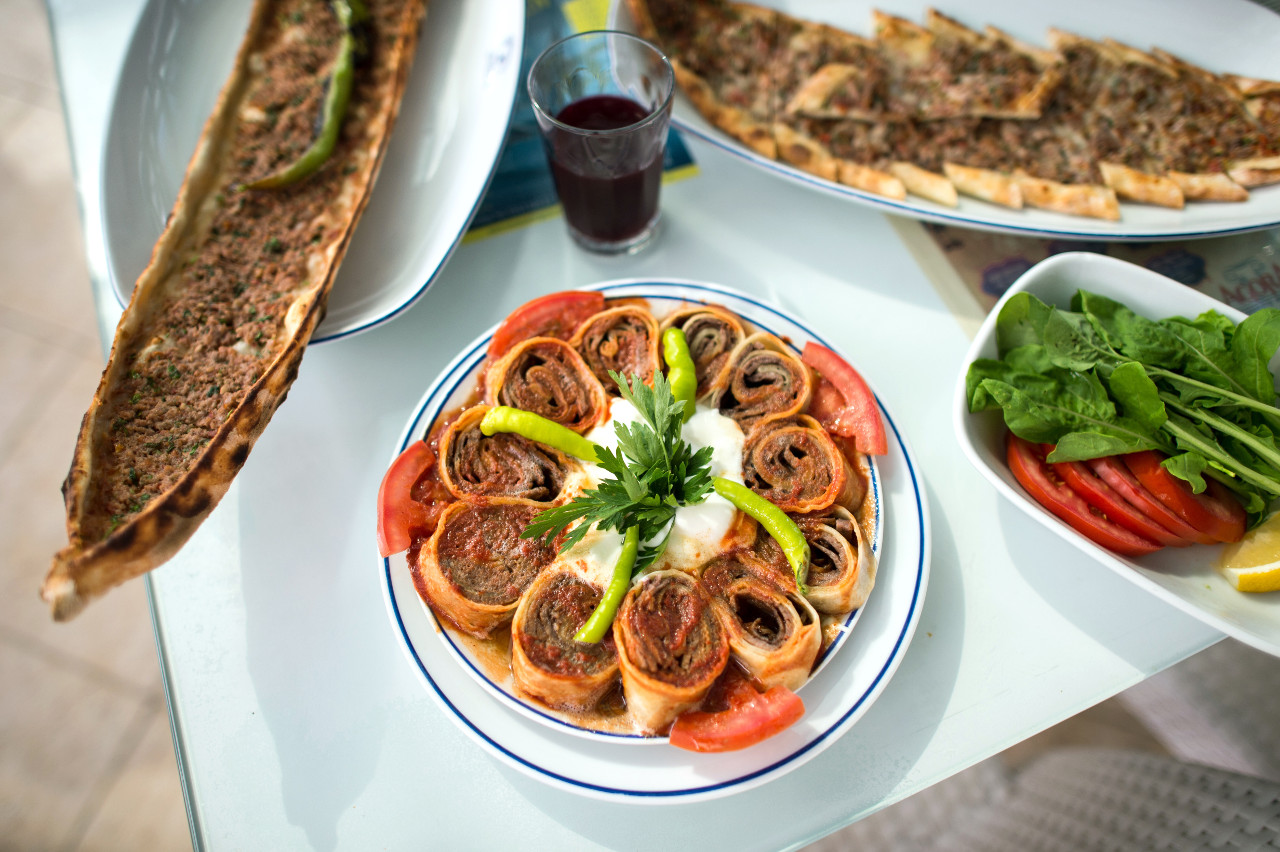 A blend of three empires, eight bordering countries, four neighbouring seas, and myriad ethnicities goes into our cuisine. Add to the mix generous amounts of Western gourmet influences and spicy flavours from Southeast Asia, and you’ve got some of the best food anywhere.

25. Our neighbourhoods have unique personalities of their own.

The absence of a city center means our neighbourhoods are the places to appreciate the lifestyles that make our city so vast and wondrous. You can people-watch in a café in tourist-friendly Sultanahmet, get down with the city buskers of bohemian Galata, feast on the gourmet delights of culinary Karaköy, and explore Kadıköy and Moda, the newest hotspots for Istanbul’s youth.

26. There’s no doubt — Istanbul is a top destination.

MasterCard has rated Istanbul one of the most-visited cities in the world since 2013, and TripAdvisor named us as a top destination for travelers in 2014. With 8,500 years of history, top shopping, cool bars, friendly people, and delicious food, we know we’re not the only ones who hold Istanbul in such high regard.

27. Even Napoleon once said, “If the Earth were a single state, Istanbul would be its capital.” 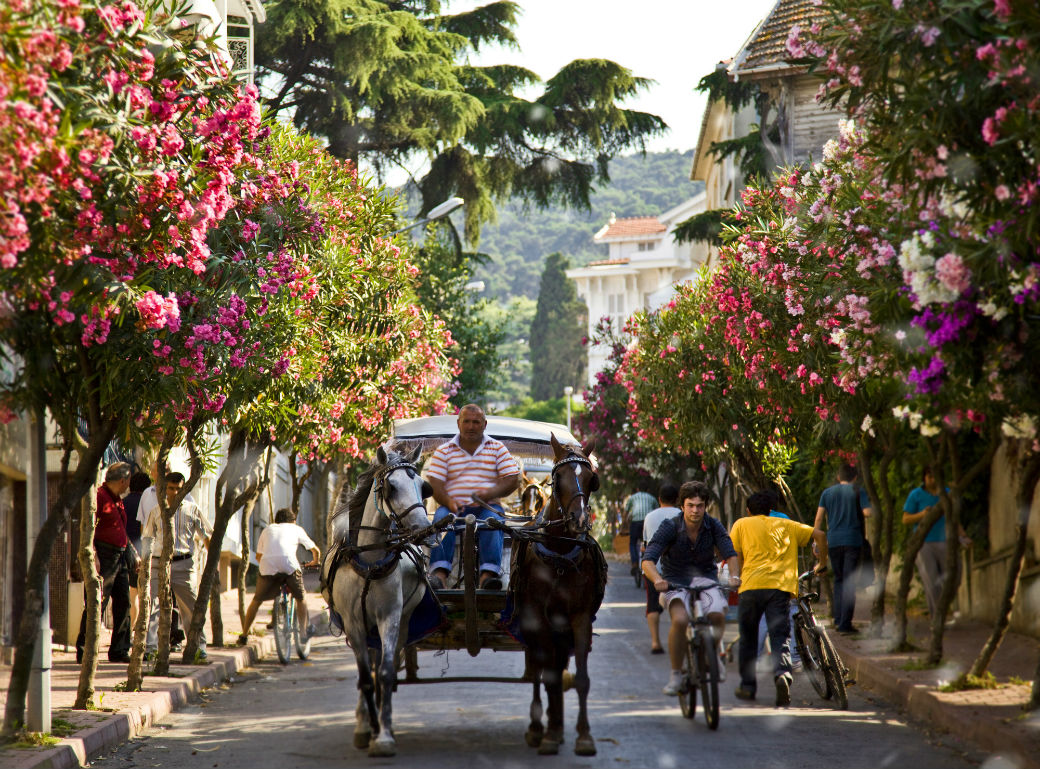 And we tend to agree.

This post is proudly produced in partnership with Turkey Home.
Tagged
Trip Planning Istanbul, Turkey Turkey: Turquoise Hunt
What did you think of this story?
Meh
Good
Awesome
✖
travelstoke
Download the mobile app
stoked by